Red-Hot Phillies Are Making Their Own Luck...Lots of It 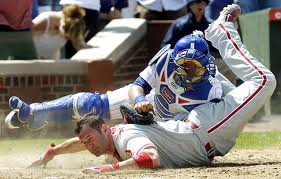 When things are going well, this is the kind of stuff that happens.

But that’s not all. Anyone who’s followed this team for the last four weeks knows the Phillies have repeatedly capitalized on their opponents’ tendencies to commit numerous fielding or throwing errors that have directly led to big innings by the Phils’ offense.

Please know that I’m not saying that the Phillies don’t deserve to have as good a record as they have now. They DO deserve it. Remember, there’s a reason why teams like the Nationals or Royals never seem to win games like this. Bad teams always let the competition off the hook.

Good teams, like the Phillies, truly make the opposition pay for their mistakes, and that’s exactly what the three-time defending NL East champions have been doing for the past month.

Enjoy this look back. You just can’t script this stuff... 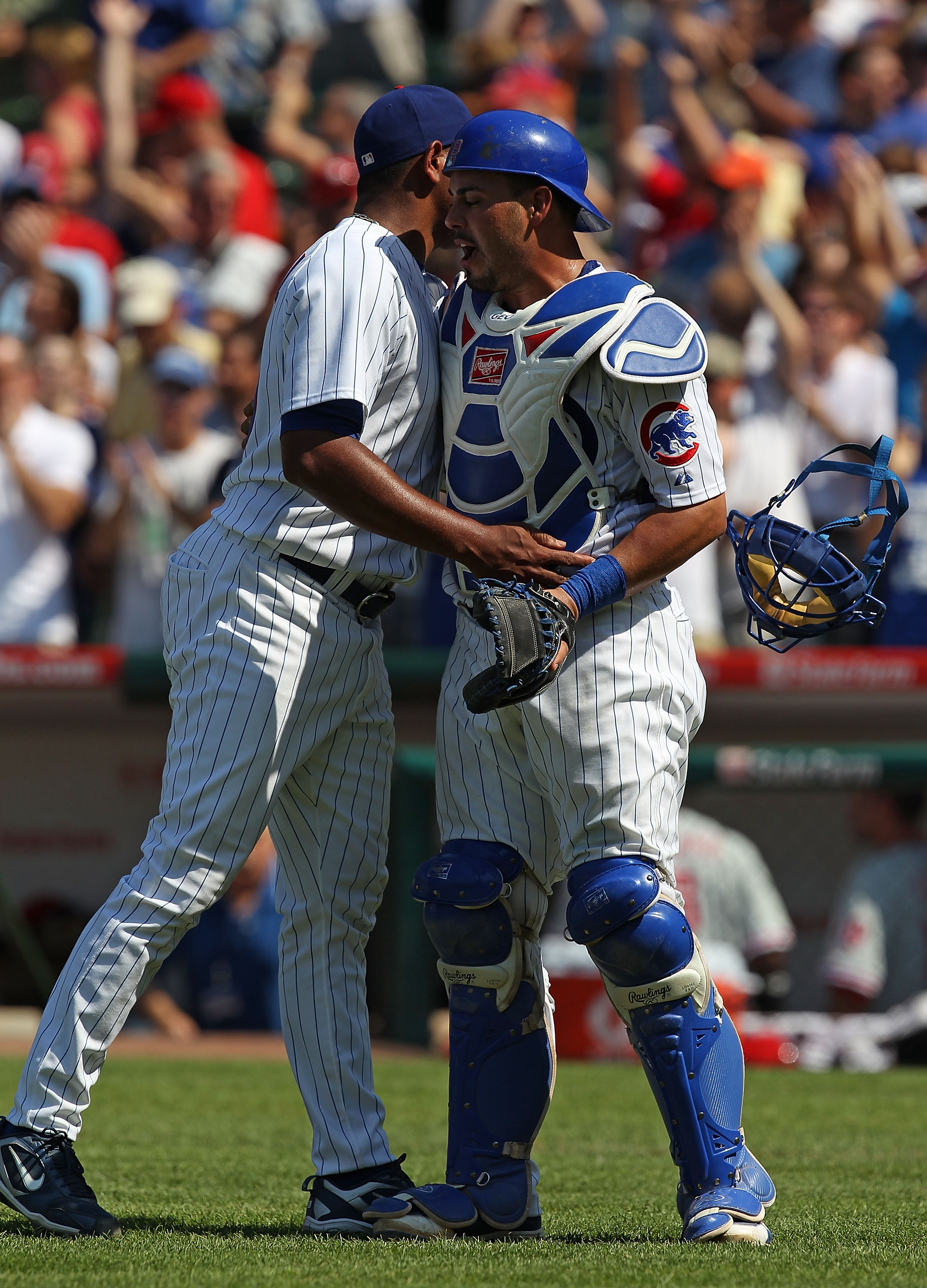 Things were actually going poorly for the Phillies at this time. After completing a four-game home sweep of the Reds to end the first half of the season, the Phillies should have suffered a four-game sweep in Chicago to begin the second half...

Game three of the four-game set should have been a 1-0 Cubs win. All Chicago catcher Geovany Soto had to do was hold on to the friggin' ball and make an easy tag of the lumbering Brian Schneider trying to score the tying run in the ninth inning on a two-out single by Placido Polanco.

Instead, Soto dropped a perfect one-hop throw from left field, allowing Schneider to tie the game, 1-1. The Phillies went on to win, 4-1.

Soto’s lucky drop (there was no error charged) was a sign of things to come (also, don’t forget closer Carlos Marmol’s FIVE WALKS in the ninth)... 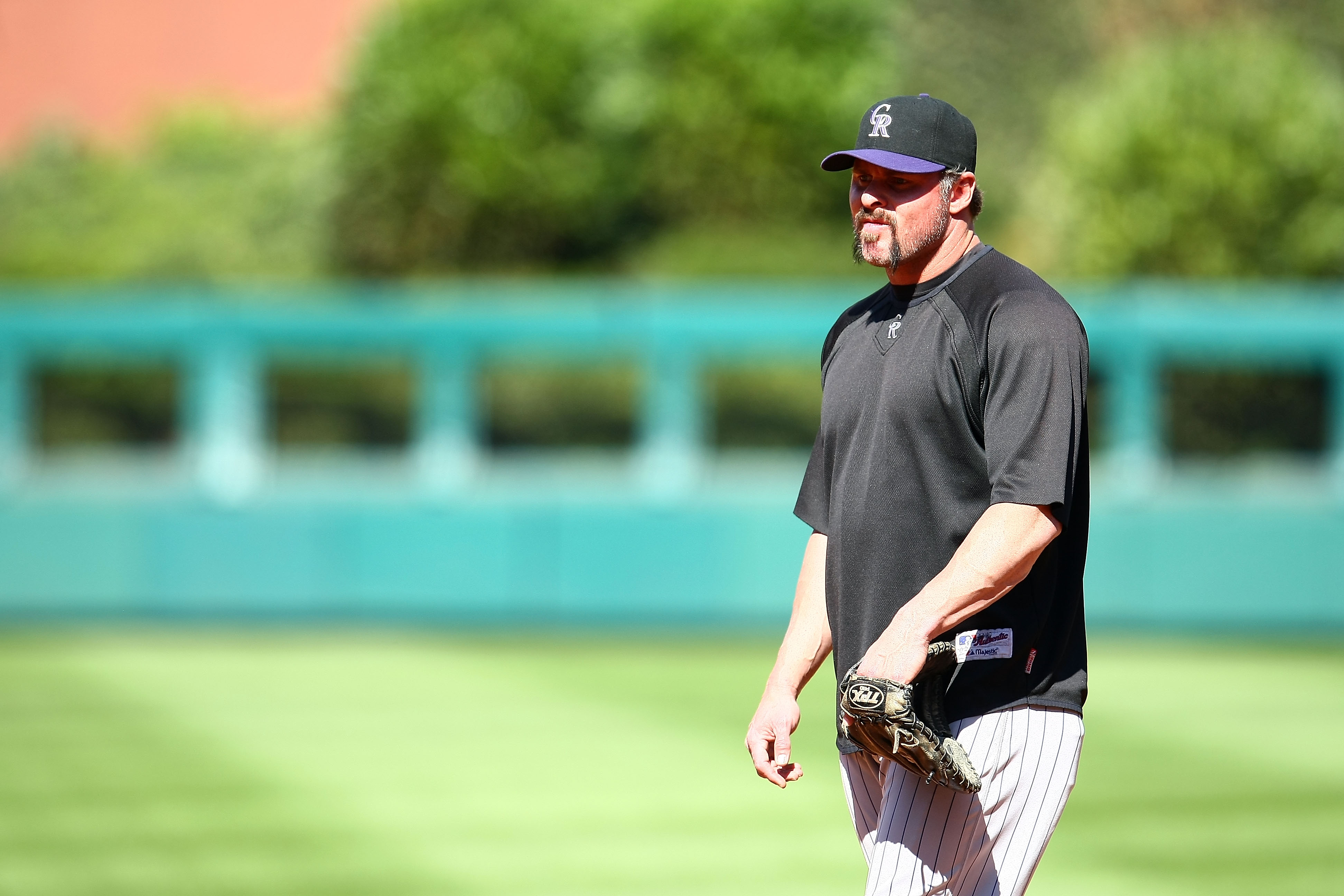 On this day Jason Giambi showed why he’s spent a good portion of his career as a DH.

Giambi made errors on back-to-back plays.

First, with the score tied 2-2 in the third inning, Giambi committed a fielding error on a ball hit by pitcher Joe Blanton that put runners on first and third. Then after cleanly fielding a grounder by Jimmy Rollins, Giambi made an errant throw to second base. Everyone safe, a run in.

The unearned run proved to be huge, as the Phils hung on to win, 5-4, completing the four-game sweep. 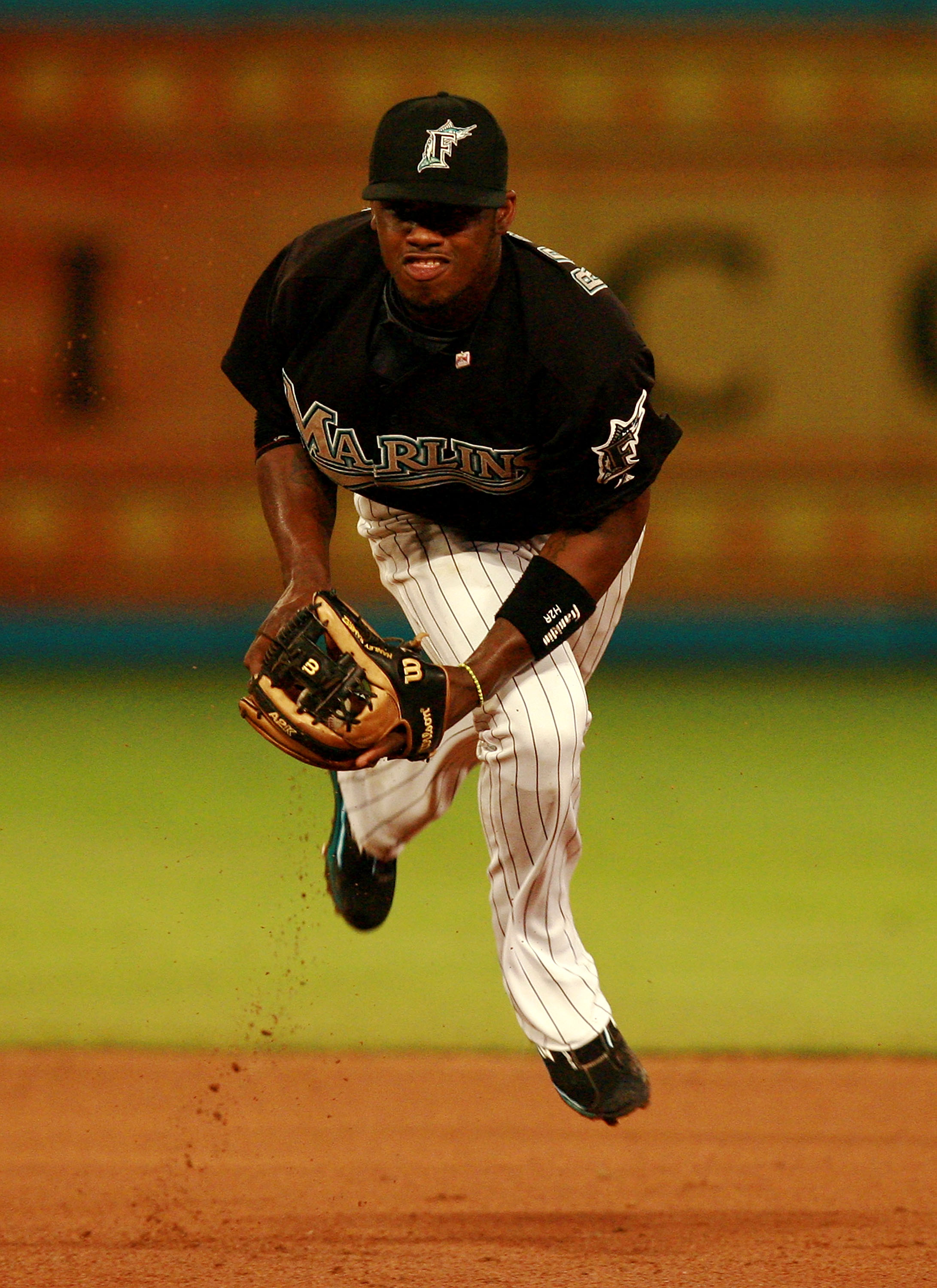 The Marlins were trying desperately to avoid a three-game sweep and took a 4-2 lead into the ninth. Florida closer Leo Nunez was on the hill. Polanco led off the inning with a routine grounder to shortstop but was safe at first on a Hanley Ramirez throwing error.

Instead of one out, no one on, it was none out and one on. Big difference. The Phillies tied the score and won it in the 10th, 5-4.

Both Ramirez’s critical error and Carlos Ruiz’s eventual game-winning home run were overshadowed by the bad umpiring call in the bottom of the ninth that prevented the Marlins from winning. You remember that, right?

Sorry, Bob Davidson. We all make mistakes, but you were wrong. 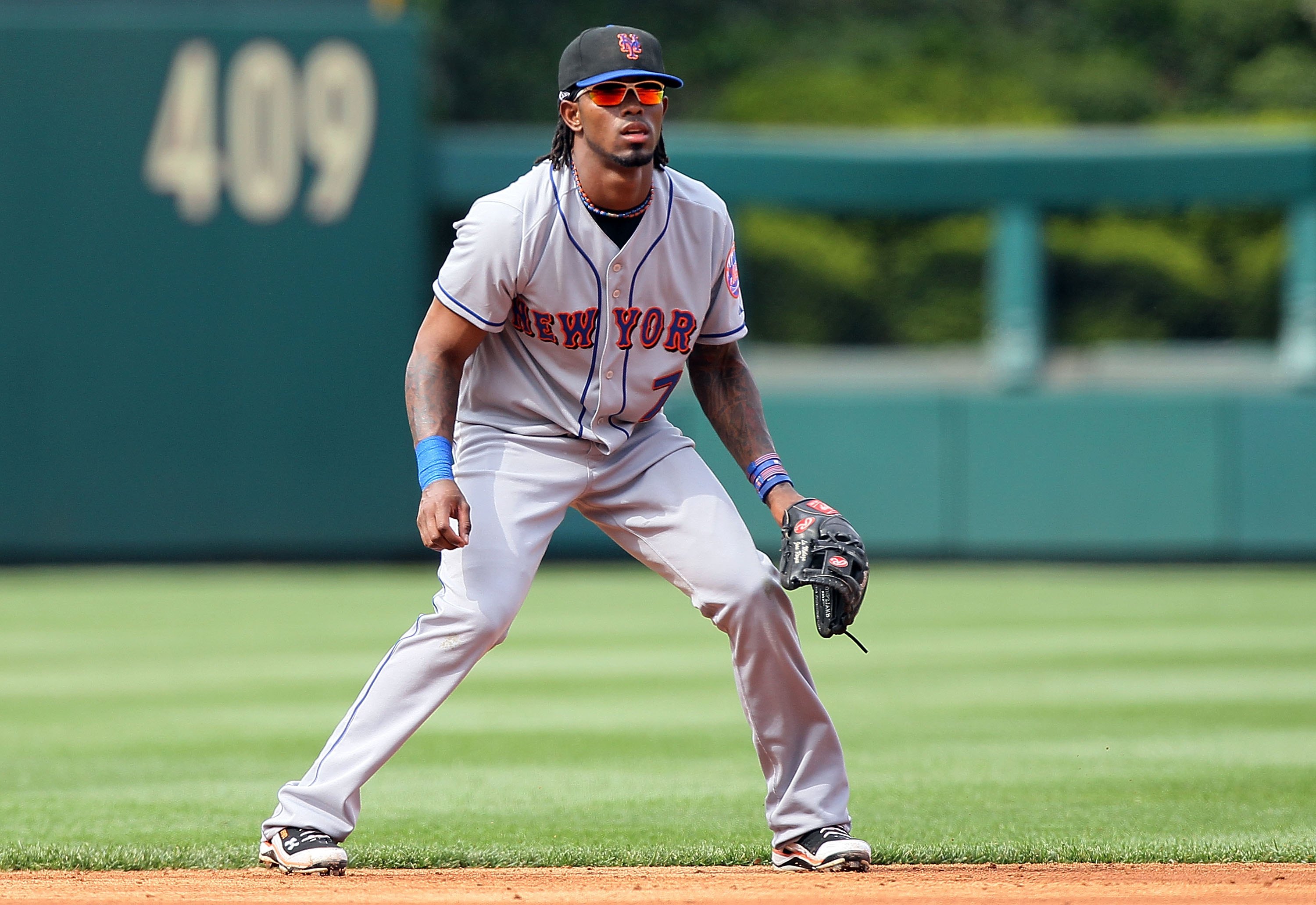 More bad defense? Time for the Mets to get in on the act.

New York led 2-1 in the bottom of the third inning and the Phillies had a runner on second with one out. Polanco hit a routine grounder that shortstop Jose Reyes couldn’t field cleanly. Everyone safe, open the floodgates.

The Phillies bombed R.A. Dickey’s knuckleball all over the yard and went on to score five times in the inning to take a 6-2 lead. Reyes’ error resulted in two unearned runs, and that was big because the Phillies barely hung on to win, 6-5. 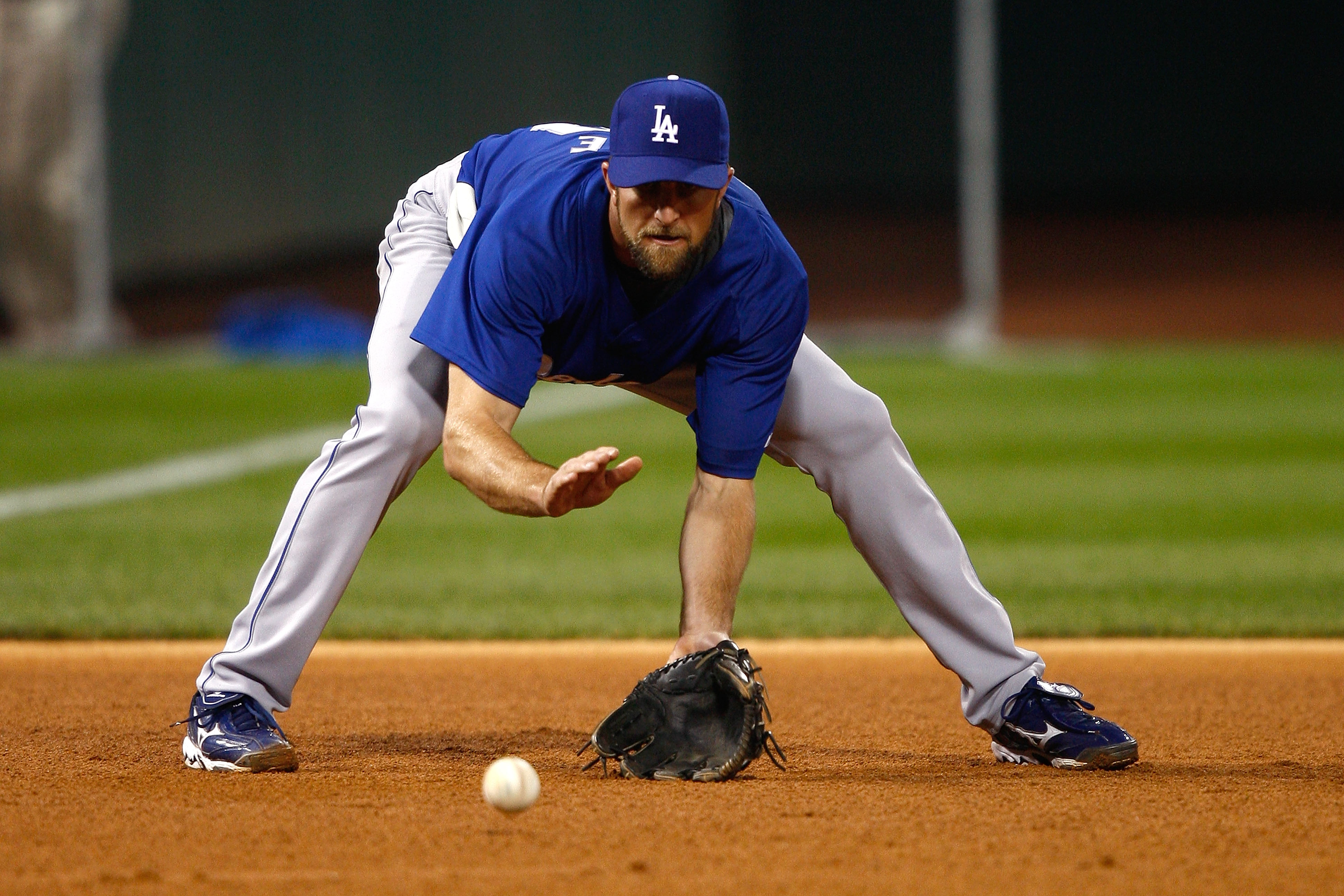 Who could forget? The Phillies were down 9-2 in the eighth inning and rallied to win, 10-9. Obviously, the Fightins deserve tons of credit for this one, a truly remarkable win. But they DID have help...

The Phils loaded the bases in the ninth with nobody out on a hit batsman and two walks. Ben Francisco then hit a dead double-play ball to Casey Blake at third base.

It was tailor-made. The Phillies should have been down to their final out, with one man on base, trailing 9-7. Instead, Francisco’s easy grounder went right through Blake’s legs, allowing two runs to score, making it 9-8.

The next hitter, Carlos Ruiz, ended the game with a two-run double—the Phillies' only hit of the entire inning.

The biggest irony of the night was that Blake had made a fantastic diving stop of a savage Ruiz grounder to help finally end a Phillies rally in the eighth. 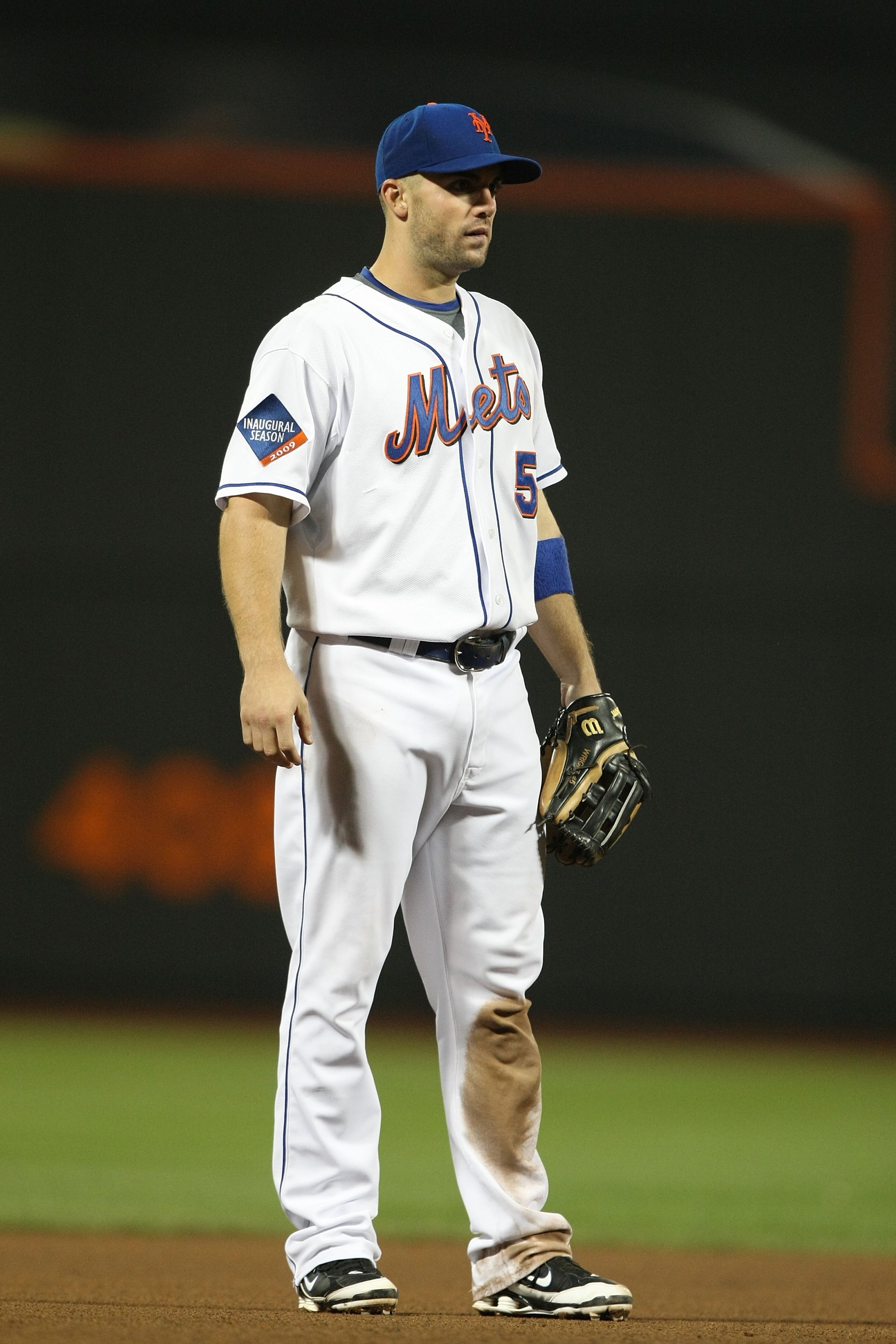 The Phillies were already up 1-0 in the fifth. Then the Mets defense went to work. Rookie second baseman Ruben Tejada fielded a ground ball and threw it into left field while trying to begin a double play. The Phillies led 2-0.

The Phils won 4-0, and three of their runs were unearned. Maybe it wouldn’t have mattered anyway with Roy Halladay on the mound, but the Mets’ sloppy defense certainly made the Phils’ ace all that much tougher to hit once staked to a comfortable lead.

It’s simple. You give extra outs to a team as good (and as hot) as the Phillies and you’re gonna pay. The Giants became the latest team to learn this lesson.

In the fourth inning of a 1-1 game with a man on first and one out, second baseman Mike Fontenot bobbled a Ross Gload ground ball, putting Phillie runners on the corners. Three batters later, the Phillies led 2-1 and expanded the lead to 5-1 when Jimmy Rollins cranked a three-run homer.

J-Roll’s blast came with two outs in the inning, and he never would have batted there had Fontenot handled Gload’s ball. Three unearned runs were on the board for the Phils.

So What’s It All Mean?

So should we be worried that the Phillies have recently won a lot of games they could have lost if their opponent had played better defense? No. Absolutely not. A win’s a win, and it’s not as if the Braves haven’t gotten some “help” from other teams/umpires this year, too.

On the flip side, we would have lots of reasons to worry if the Phillies WERE NOT taking advantage of all these mistakes. Good teams capitalize—and believe it, the Phillies are a good team.

By the end of September, they’ll be the best team in the NL East once again...although that’ll be nothing new.