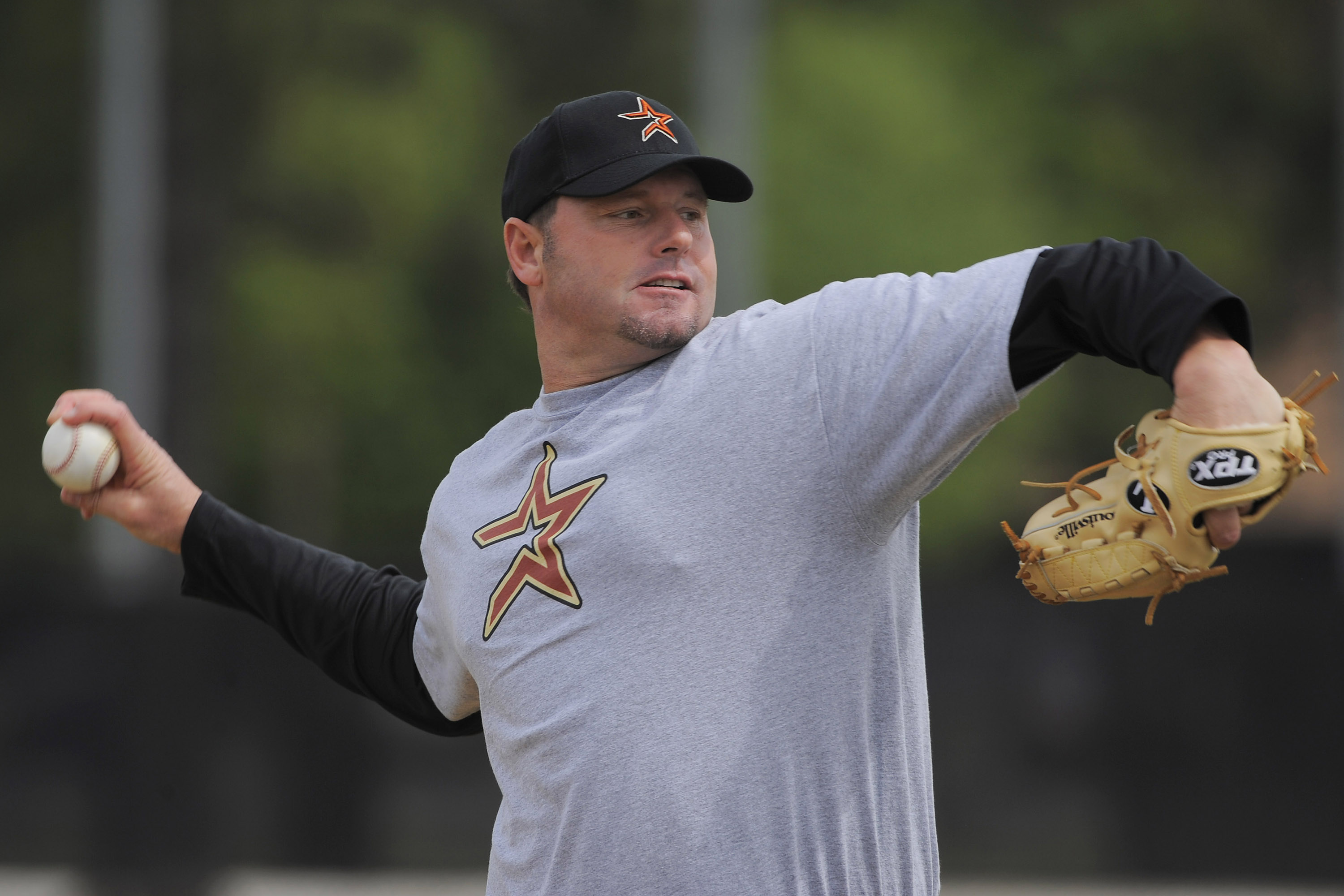 Former pitching great Roger Clemens has been indicted by a grand jury for lying under oath and not admitting that he used performance-enhancing drugs.

But Clemens, if guilty, would certainly not be the only baseball player to present false truths to the public. The fact that it was done while under oath during grand jury testimony is what makes it so reprehensible and a potential crime, but still, that doesn't make the other nine of these lies any less damaging.

Some of these are funny, some are ridiculous, and others just damning, but all are worth taking a look at. Which are your personal favorites? Do you have more to add that I may have missed?

So, strap it down, relax, and prepare to enter the land where truth is nowhere to be found. Really, that's the truth, I am not lying.

Oh, but these guys are! 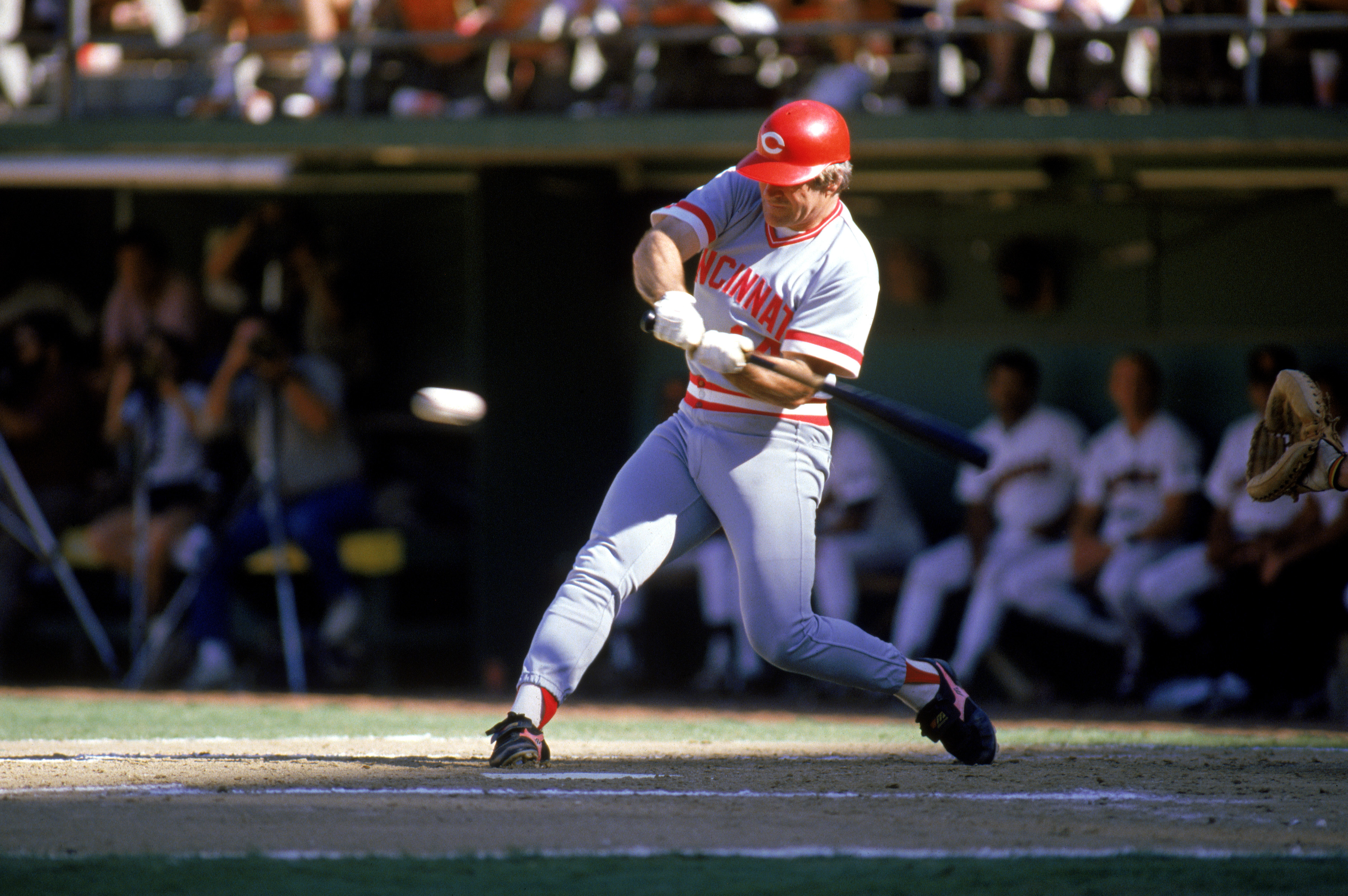 You may call it a freak injury, but it doesn't pass the smell test to me.

Sure, former Cubs pitcher Steve Trout was a bit of an eccentric guy and prone to strange things, but the announcement that Trout had injured himself falling off a stationary exercise bike seems a bit too convenient for me to believe.

Maybe he did really fall of his bike, but the fact that it allowed Pete Rose to enter the lineup against the Cubs on Sept. 8, 1985 was interesting. Rose wasn't hitting too well right-handed any longer, and had scheduled to start Tony Perez at first base against the left-handed Trout.

But when Trout came up lame, player-manager Rose inserted himself in the lineup and the rest was history, as they say. Rose hit a single in the fifth inning off substitute starter Reggie Patterson to tie Ty Cobb's all-time hit record. 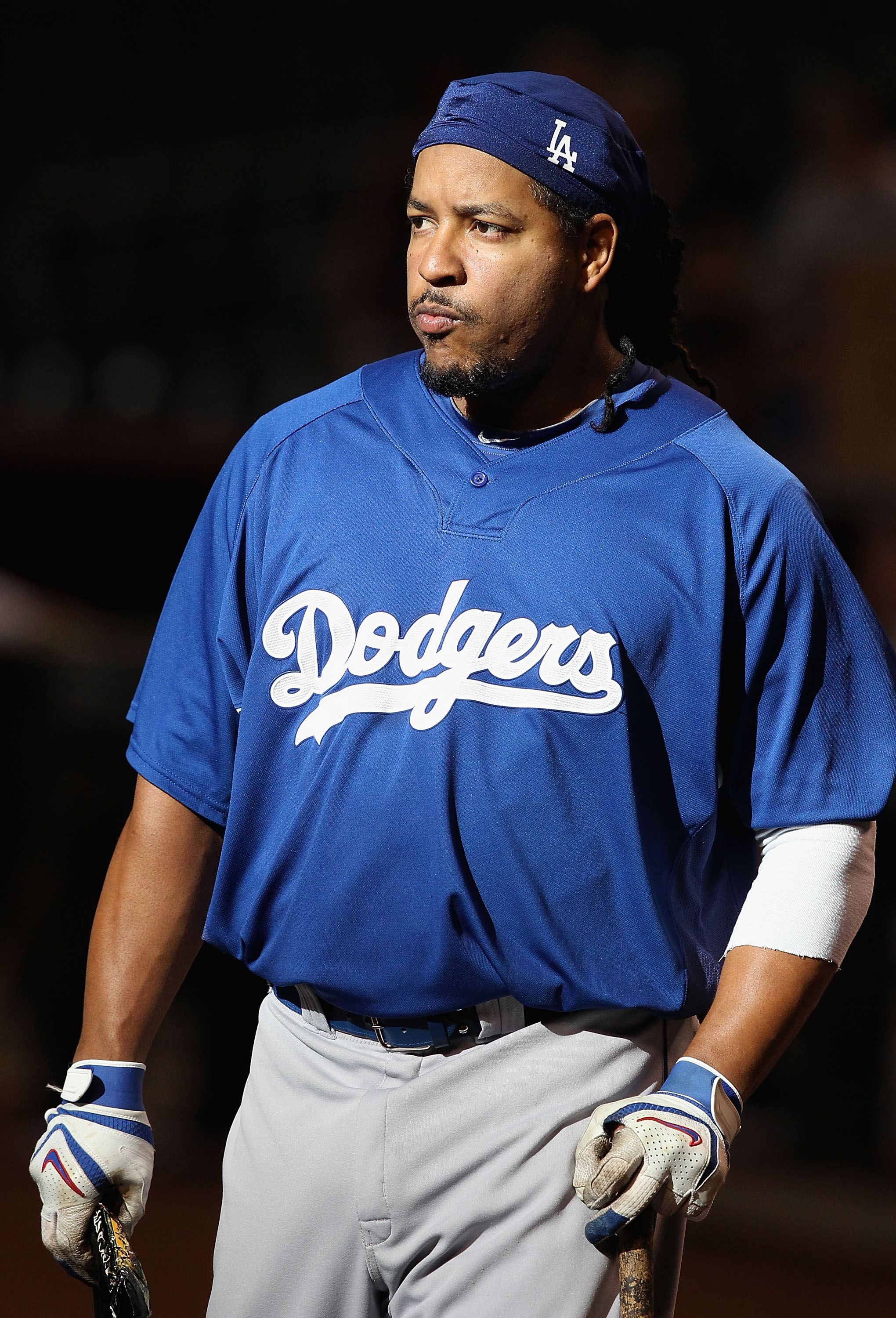 Alright, technically this one isn't a "lie" per se, but conveniently and knowingly withholding information is close enough for me.

As John Helyar writes in "Lords of the Realm," the late Walter O'Malley intentionally kept the fact that he had decided to move the team from Brooklyn to Los Angeles from the fans out of fear.

"I'm coming," O'Malley told a Los Angeles county supervisor in 1956. "But I will deny it to the press, because I've got another season to play at Ebbets Field. You don't know the Brooklyn fans. They'll murder me, actually murder me, if they know I'm coming."

And why the picture of Manny Ramirez? I searched all the Getty images and couldn't find any of Walter O'Malley, the Brooklyn Dodgers, or just the Dodgers logo. Since it still won't let me load personal images, I was forced to go with this. Hey, this was supposed to be resolved by B/R. Another lie perhaps? Hmmm... 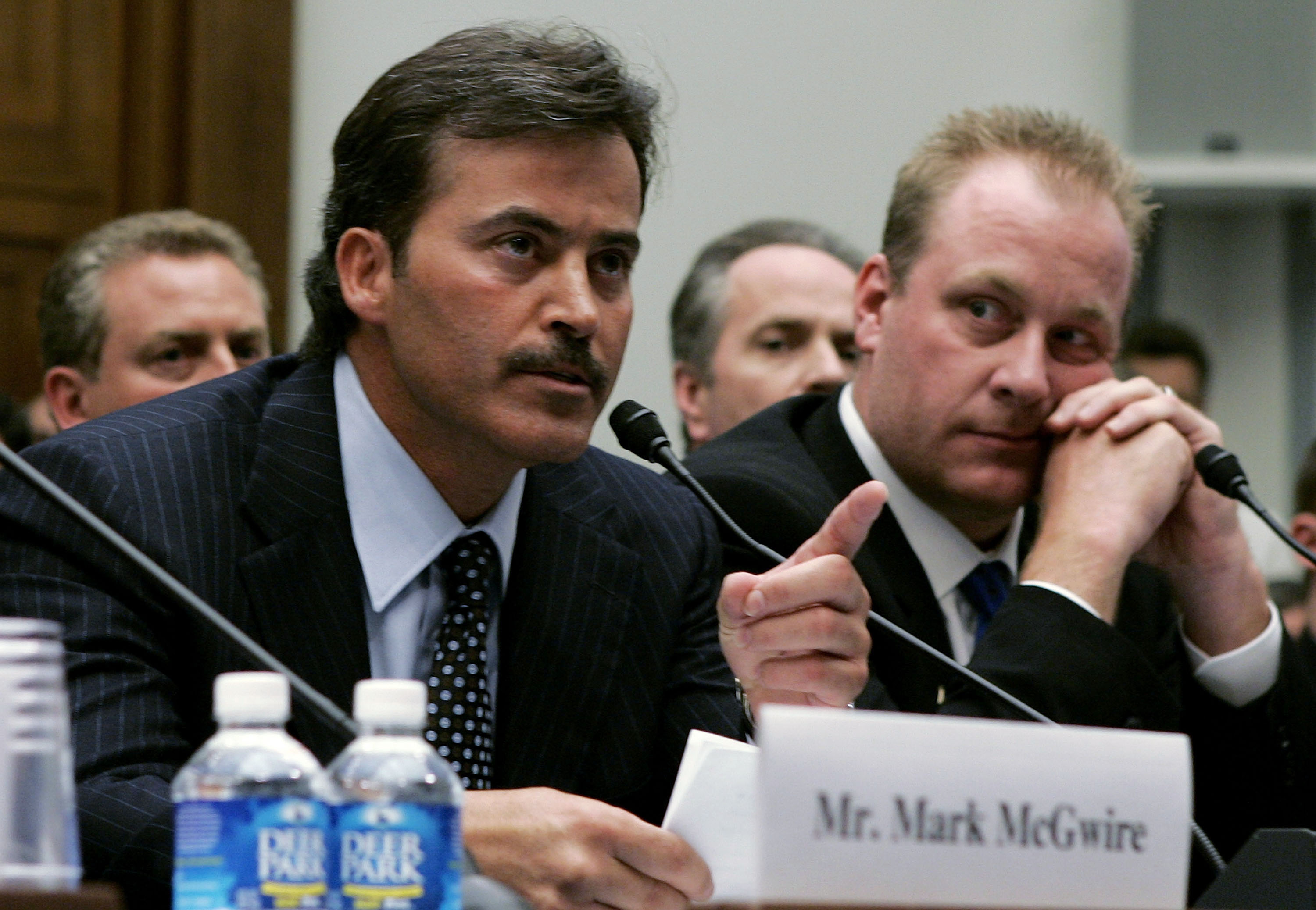 While appearing before a congressional steroid committee in March 2005, Palmeiro defiantly waves his finger in front of the panel and says "I have never used steroids. Period."

Shortly after, he tests positive for the steroid stanozolol. That's when another lie comes out of the man.

Raffy blames his test results on a contaminated vitamin B-12 shot from a vial given to him by Orioles teammate Miguel Tejada.

Hey, he is not only a damn liar, but a rat as well. He's hit the jackpot! 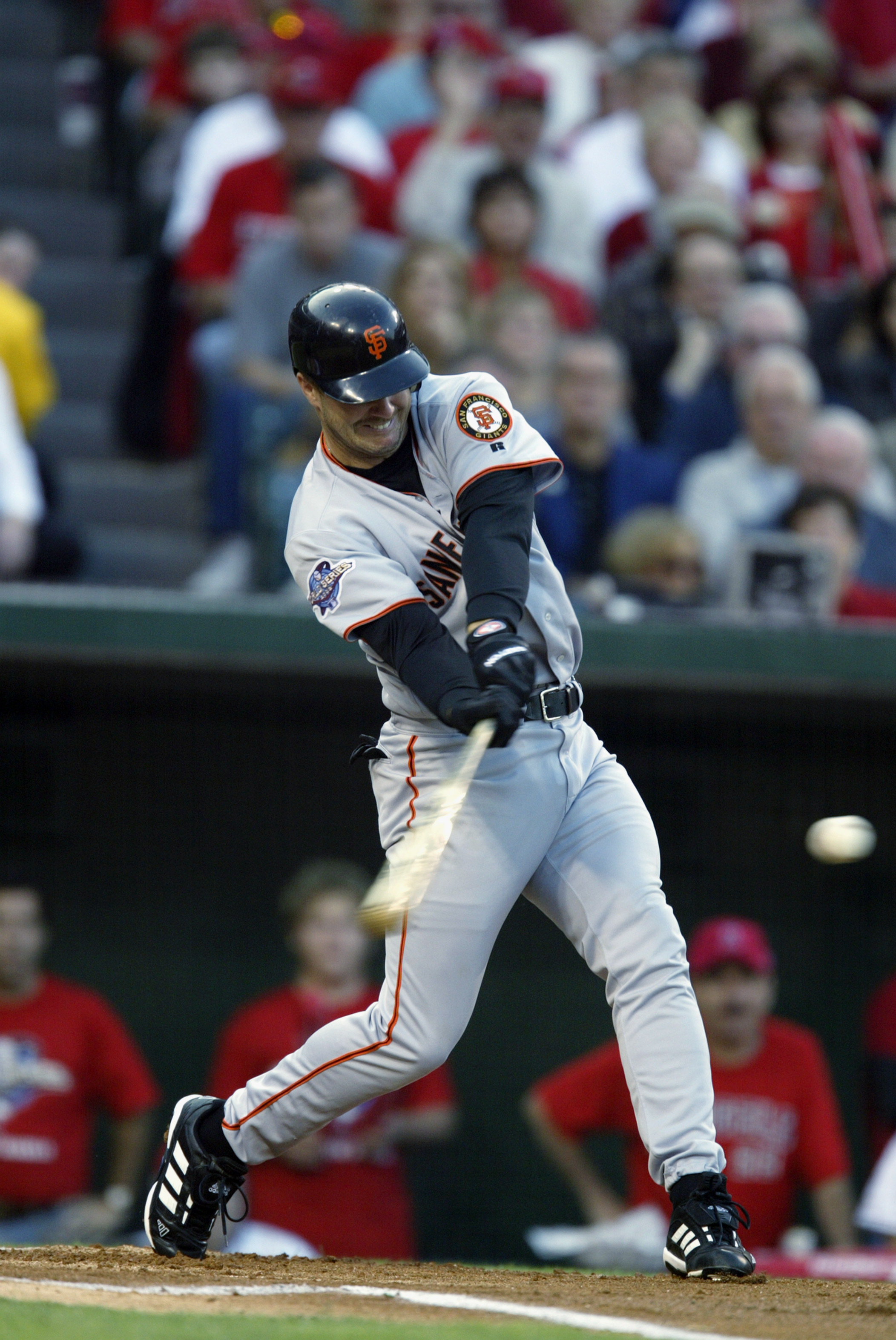 Jeff Kent broke his wrist during spring training in 2002, and he told the Giants that he hurt himself washing his truck.

Now, I've washed many a vehicle in my day and can't say I've ever hurt myself, but that was Kent's story and he was sticking to it.

That is, until reports surfaced that he actually got injured popping wheelies on his motorcycle. Why the lie? Well, riding a motorcycle was in violation of his contract.

Kent was gone the following winter. 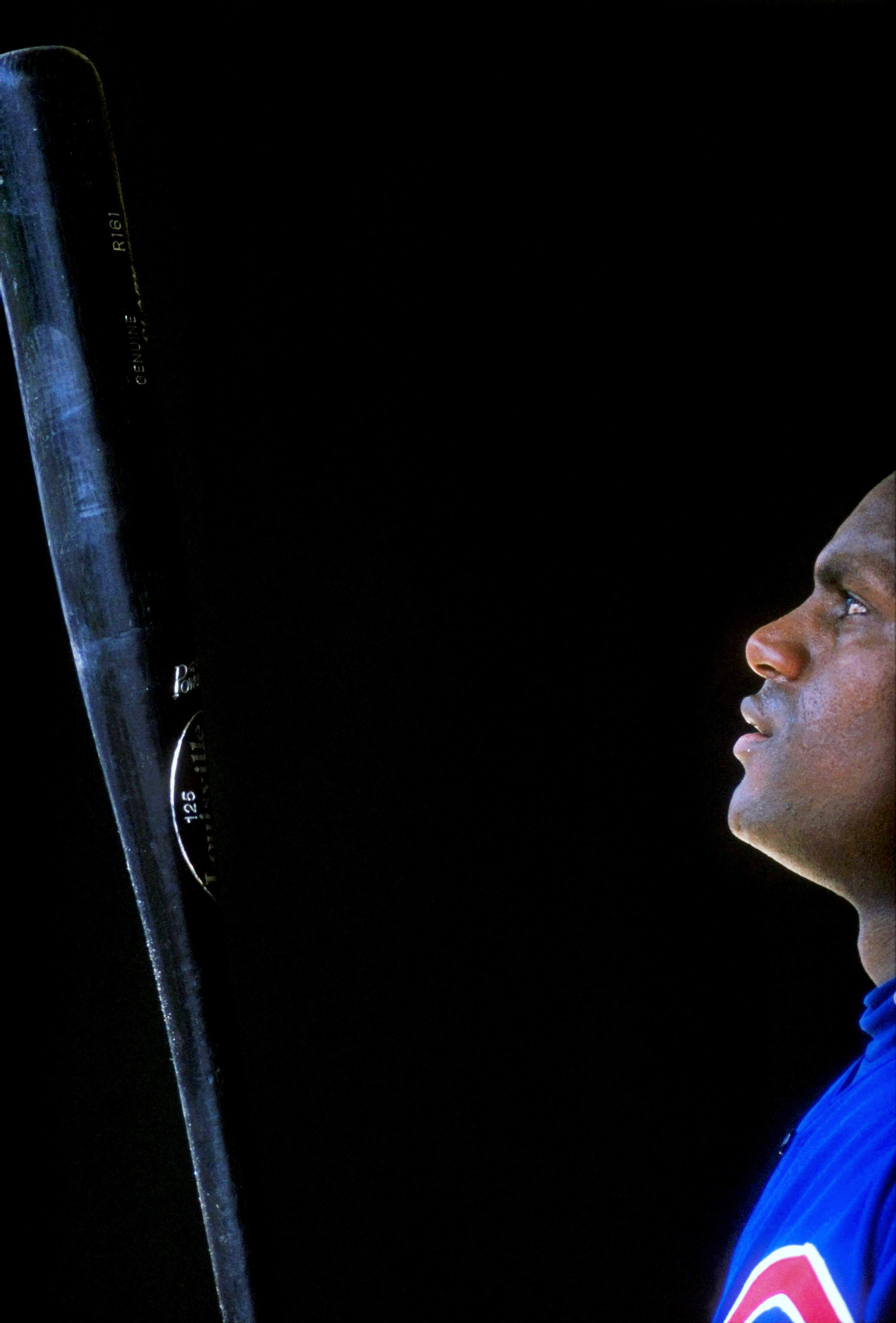 On June 3, 2003, Cubs slugger Sammy Sosa was ejected in the first inning of a ballgame after umpires found cork in his shattered bat.

Sosa said it was all an honest mistake.

"I use that bat for batting practice," he said. "It's something that I take the blame for. It's a mistake, I know that. I feel sorry. I just apologize to everybody that are embarrassed."

Everybody that are embarrassed, Sammy? Dude, it's you that should be embarrassed for telling such a weak lie, my friend! 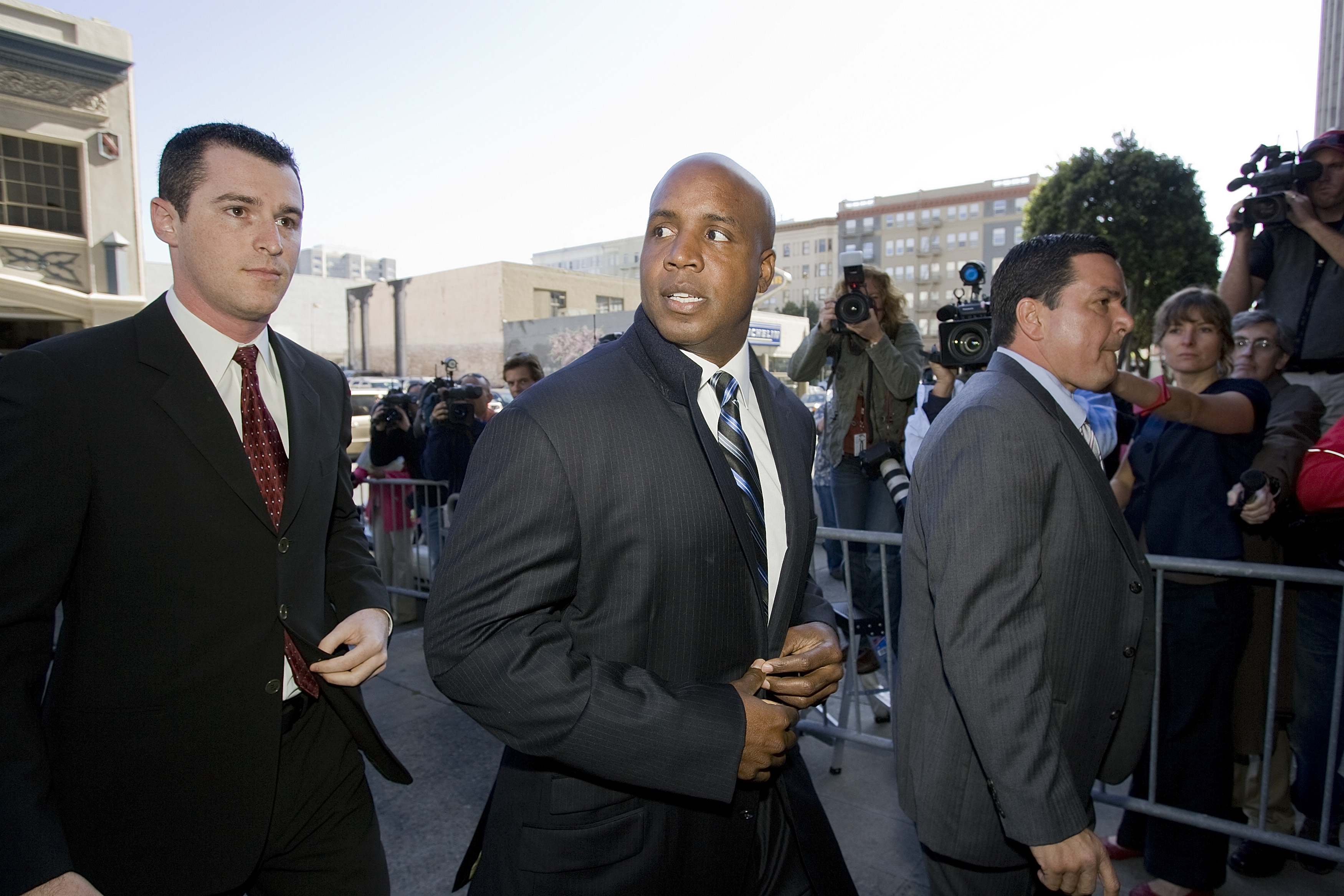 Barry Bonds may never be determined guilty of lying under oath, but does anyone really believe Bonds when he says that he thought the performance-enhancing substances "The Cream" and "The Clear" were simply flaxseed oil and balm?

Yet that's what he tried to sell the grand jury in testimony, claiming that he never knowingly took steroids.

Multi-million dollar athletes know what the heck they are putting in their body, just like they know which bats that are using (hello, Sammy).

He knew damn well what he was doing, yet to this day insists there was nothing devious about his breaking Hank Aaron's home run record.

Right, and I'm the Easter Bunny. 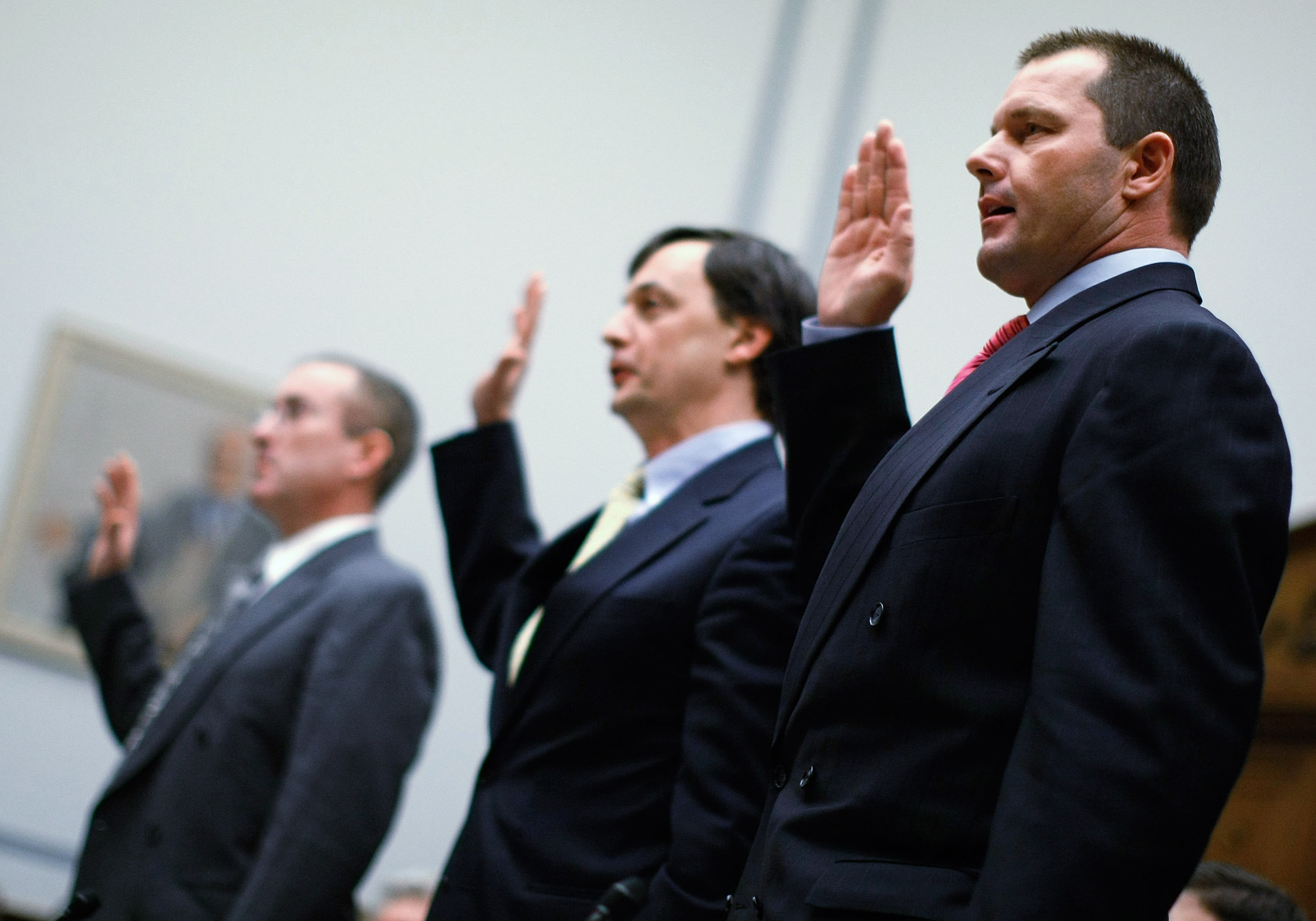 Roger Clemens said during an interview with 60 Minutes that he was never injected with illegal performance-enhancing drugs by his former trainer and doesn't know what he can do to prove his innocence.

"Never happened," Clemens told CBS correspondent Mike Wallace. "And if I have these needles and these steroids and all these drugs, what, where did I get them? Where is the person out there (who) gave them to me? Please, please come forward."

Well, that person did come forward, Roger, now what do you have to say? You still continue to express your innocence?

Well, OK, now you have to answer to a grand jury who indicted your sorry butt today.

What a fraud. Oh, and speaking of A-Fraud...

3. A-Rod Denies Using PEDs, Then Only Admits Use For Three Years 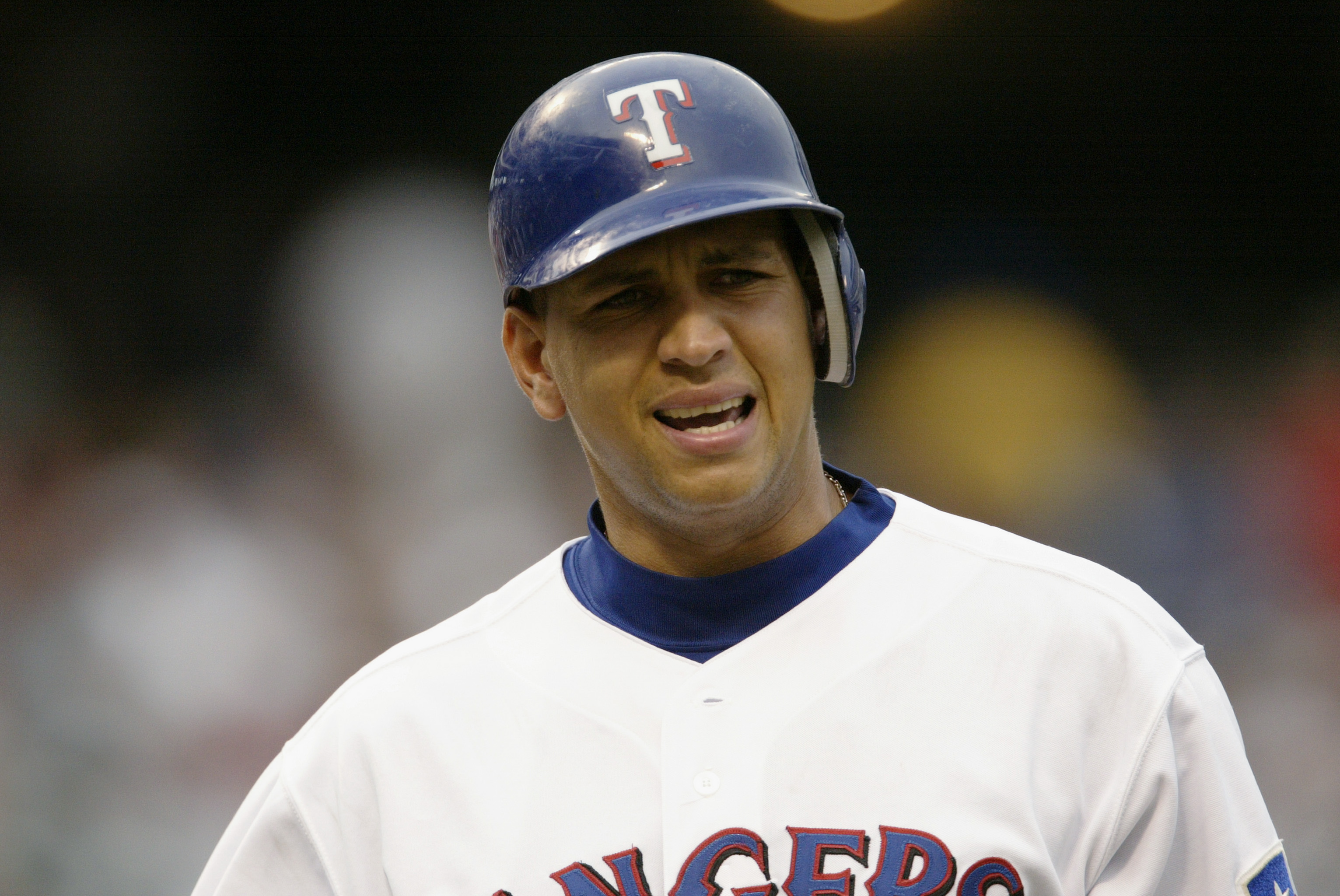 Alex Rodriguez, or "A-Fraud" as he now is better known, cheated and admittedly took steroids, yet spent years denying allegations and even when he did come forward, still lied through his teeth.

A-Rod told ESPN's Peter Gammons that he did take performance-enhancing drugs while playing for the Texas Rangers during a three-year period beginning in 2001.

Only during those three years, Alex? Why should we believe you?

"I did take a banned substance. And for that, I am very sorry and deeply regretful."

Yeah, you are sorry, all right. Sorry you got caught.

2. Bud Selig Unaware of Rumors of Steroid Use in Baseball Until 1998 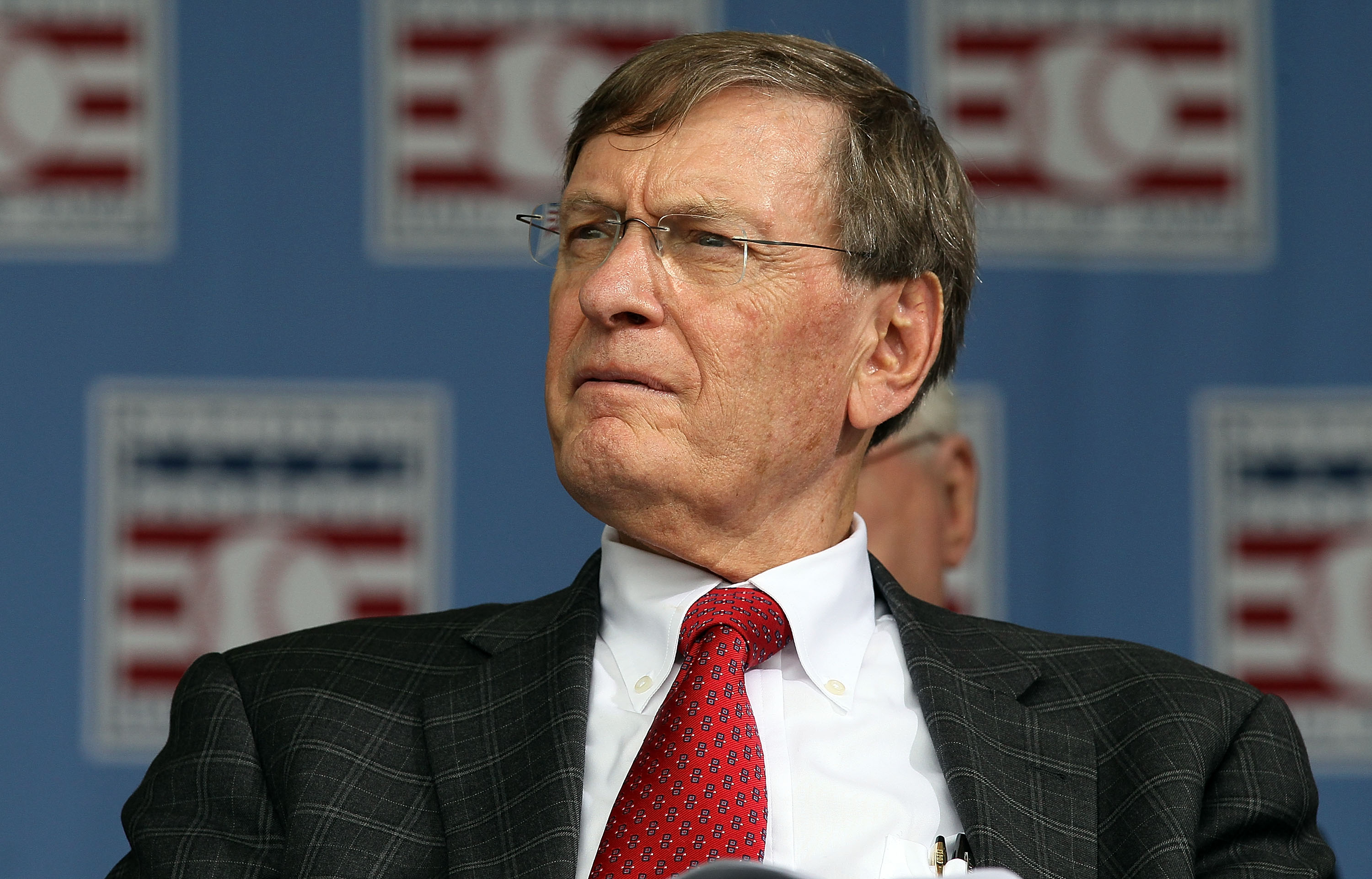 During the 2005 All-Star Game in Detroit, Selig told reporters that he didn't know about rumors of steroid use in baseball until 1998.

But read the following from Jerry Crasnick of ESPN, and you decide if Bud, the former used car salesman, was telling the truth or not

"Selig must have forgotten about a July 15, 1995, story by Bob Nightengale of the Los Angeles Times. Nightengale also interviews Selig, the interim commissioner at the time.

"Selig tells the Times that baseball owners addressed the issue at a meeting a year to 18 months earlier, only to conclude there was no reason for concern."

Liar, liar, pants on fire. You will always wear the stain of The Steroid Era, Mr. Selig.

1. Pete Rose: 15 Years Of Lying About Never Betting On Baseball 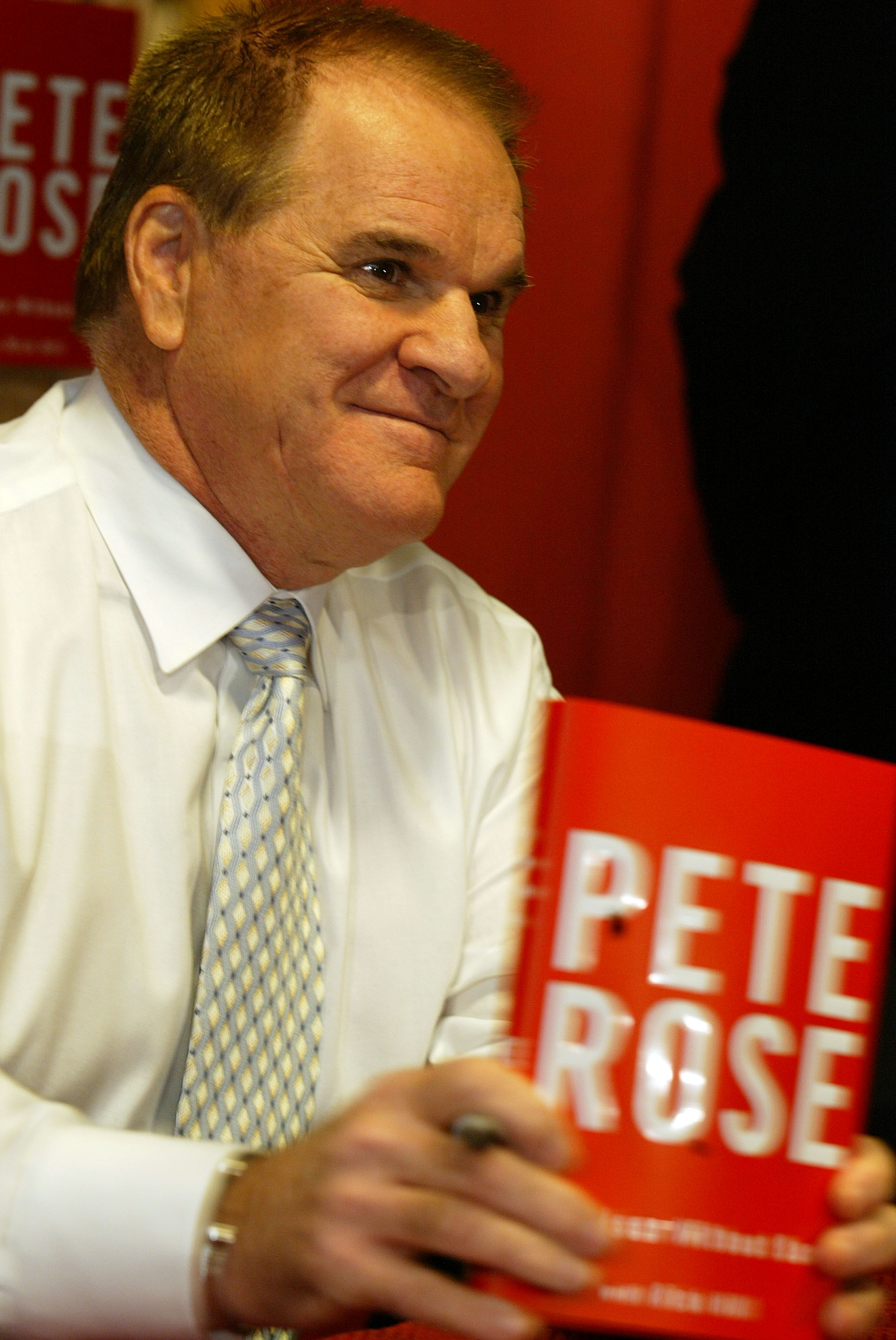 This is the lie to top all lies. The man spent 15 years telling everyone and anyone who would listen that yes, he gambled, but he never bet on baseball games.

Finally, in his 2004 book "My Prison Without Bars", Rose admits to having gambled on the sport, though he says he never bet against his own team.

Rose wasn't just a player, he was a manager when all this went on. I don't know if that makes the transgression worse or not, but it sure as hell doesn't do him any favors.

You can argue whether or not Rose should be banned from the Hall of Fame, but it is clear that this was the biggest lie in baseball history.