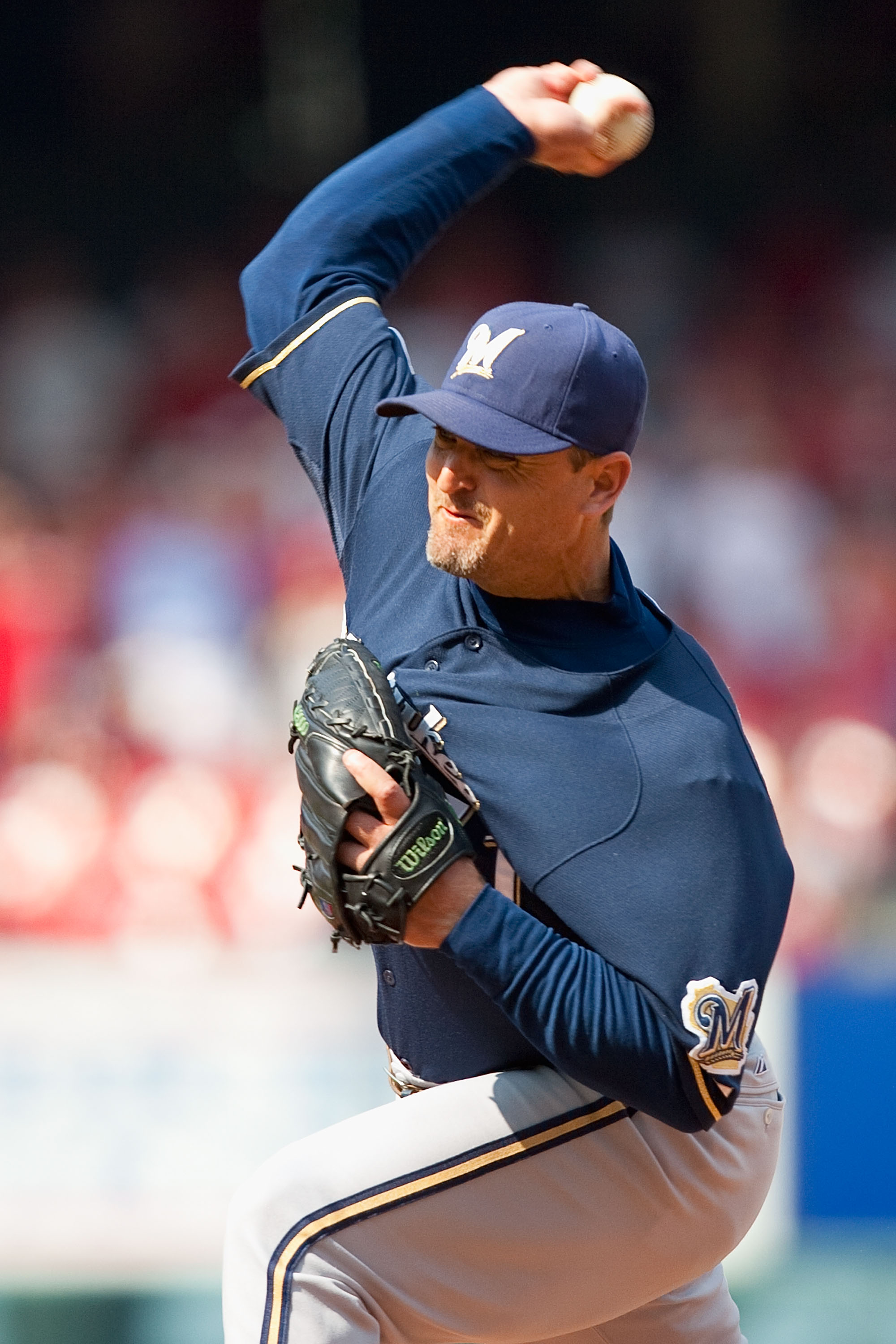 With Trevor Hoffman finally closing in (pun intended) on career save No. 600, I wanted to definitely to highlight the forthcoming achievement in some way.

I thought about a career retrospective but decided that would be best left for once his career is actually complete.

I considered a chronicle of his year-plus spent in a Brewers uniform, but that too isn't a chapter that is finished being written.

A listing of accolades for Hoffman could write itself and easily eclipse 1,000 words without even trying, and a thoughtful piece about what it must mean for Hoffman to have fallen so hard and fast off what appeared to be the edge of the Chasm of Old Age only to right his ship, so to speak, and once again be considered as a reliable option just seems like it might be a bit premature.

In other words, that seems like it ought to wait until 600 has actually been reached as opposed to only being somewhere off on the seemingly distant horizon.

So instead, I offer this tried and true format of placing Hoffman in a list of his game-ending brethren because quite frankly, whether he never records another save or notches his 600th on Saturday (two games from now since he's still only at 598), it won't affect my feelings as to where he places in said list.

Read it, debate it in the comments, call me names, dispute my opinions, offer me new-school statistics to support your points and refute mine...or simply agree with me.

Either way, let's have some fun with this, okay? 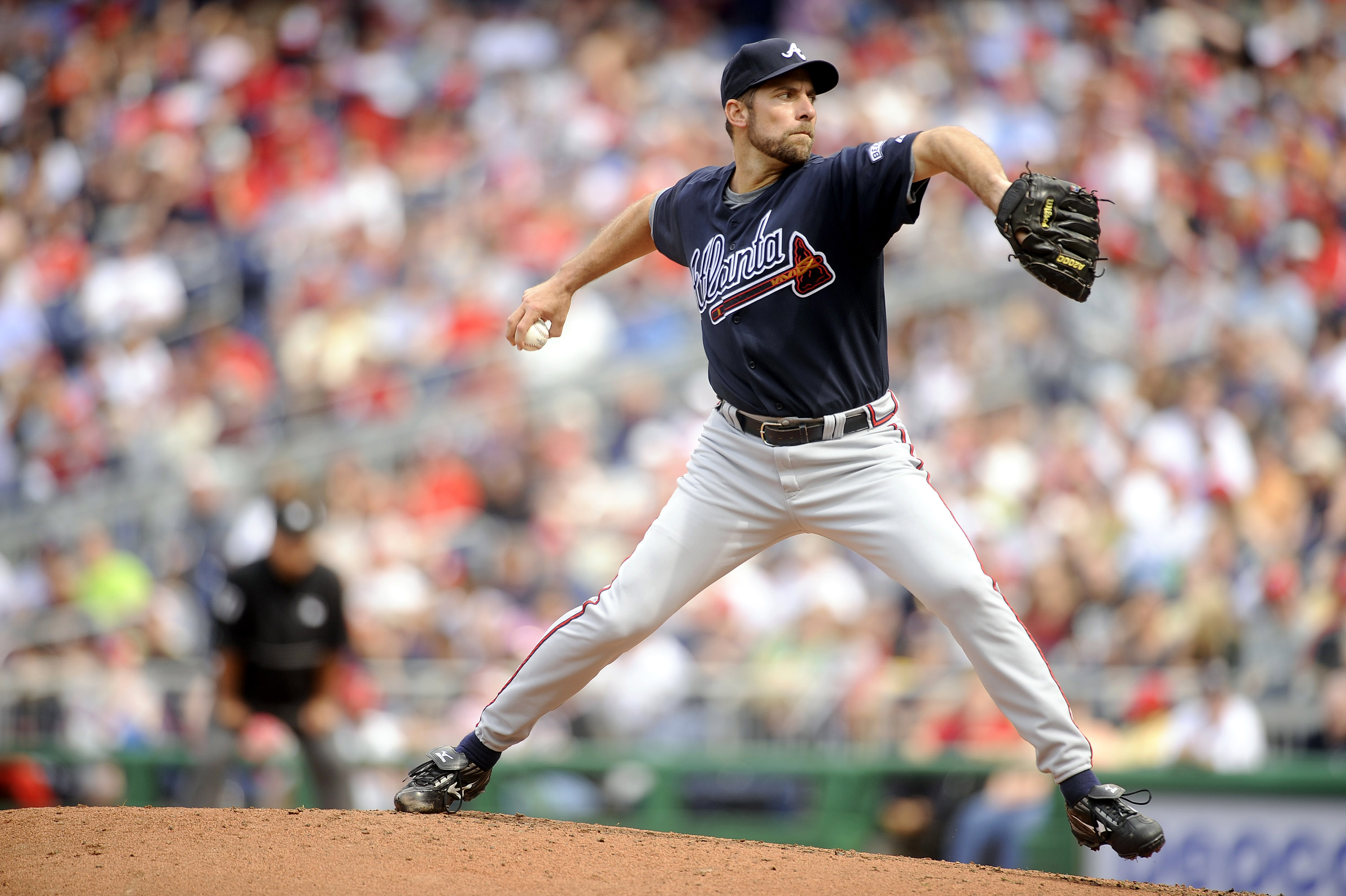 Full disclosure: John Smoltz is my favorite pitcher of all time.

Continued disclosure: If not for injury, John Smoltz never closes a single game.

During his short three-plus seasons as a closer, though, Smoltz saved 154 games.

Perhaps dominant starters make great closers regardless of who they are. Another name you'll see later in this slideshow, Dennis Eckersley, is a big piece of supporting evidence. Jonathan Papelbon is a contemporary example for you younger readers.

But plenty of pitchers fail at the end of the game regardless of how good they might have been at the beginning of it.

To coin an old cliché, John Smoltz took to the ninth inning like a fish to water. He was simply excellent at closing.

Longevity is a big deal on a list like this, no doubt about it. Sheer dominance and ultimate projectability counts for something too.

With so many names that could have gone at this spot (and probably would go before Smoltz on many people's lists), why not reward a guy that was forced into the role and absolutely owned it? 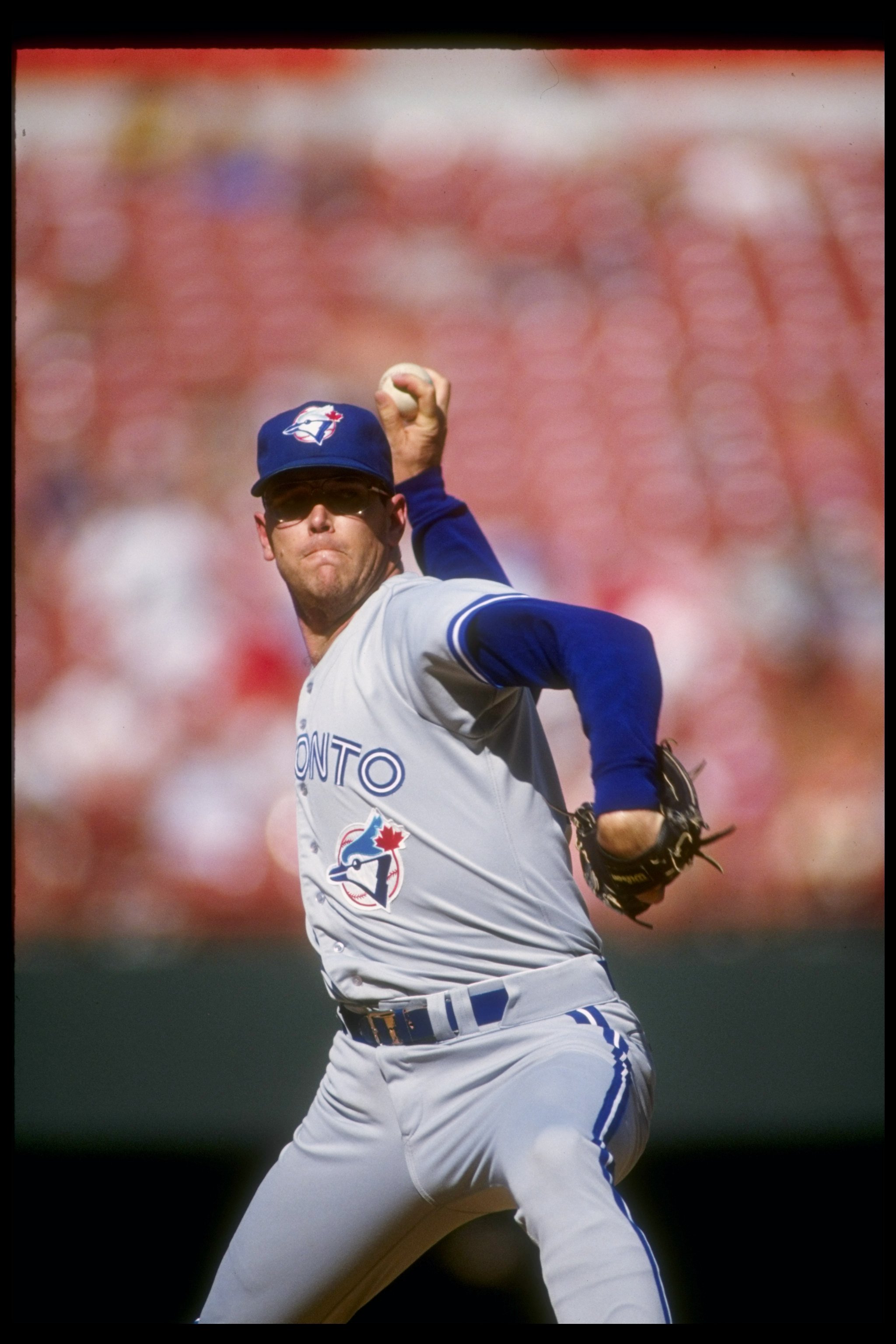 Tom Henke could have had 400 or more had he not inexplicably retired at age 37 after a season of 36 saves and a 1.82 ERA, both of which garnered him some MVP votes.

Some of Henke's other career numbers:

Perhaps there was a different reason that "The Terminator" hung up the spikes when he did, but for being as dominant as he was while he was in the game, he definitely deserves a spot on this list. 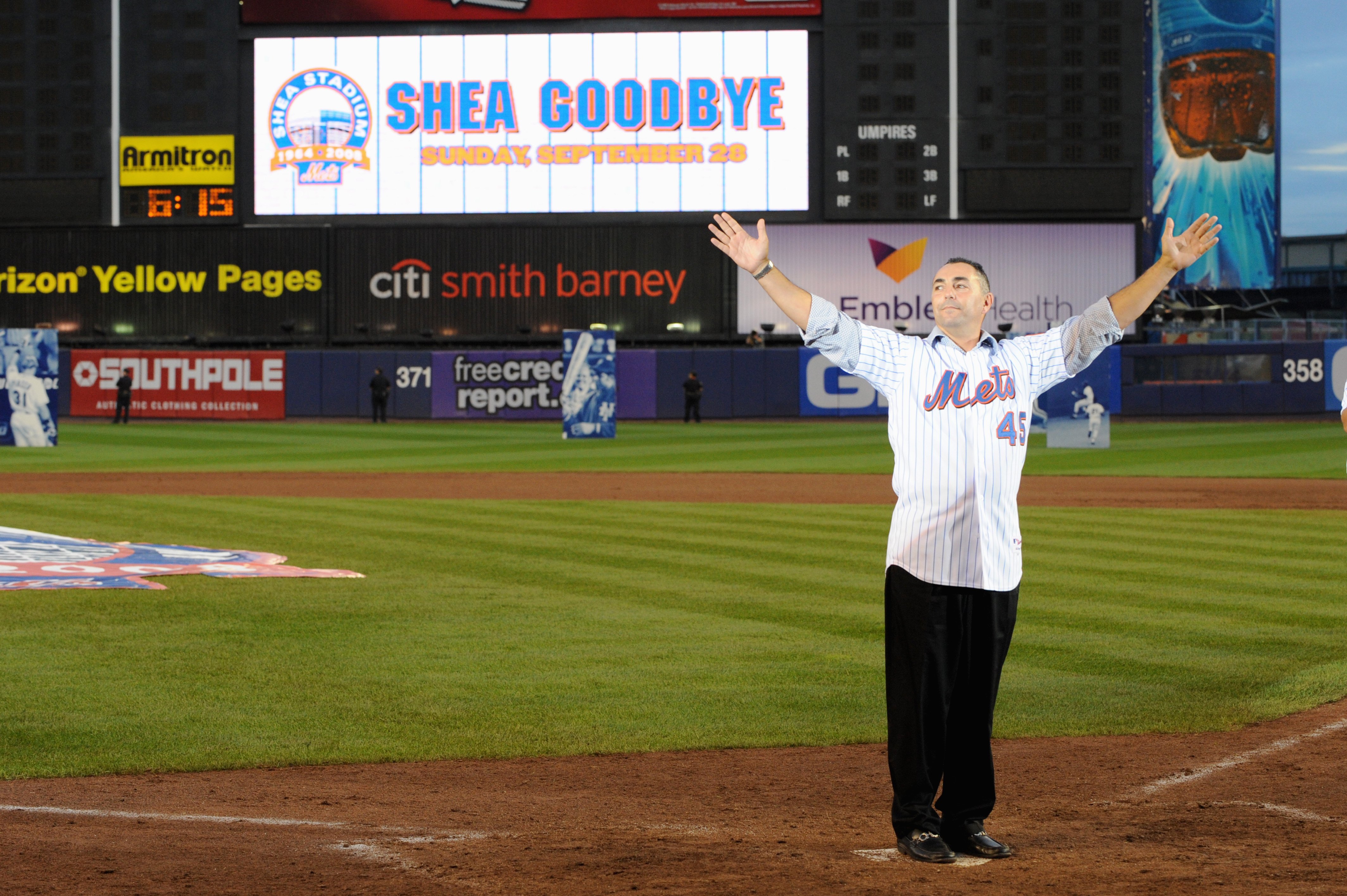 A very different kind of closer, John Franco was as consistent as they come for a very long time. Call his inclusion on this list a lifetime achievement award if you want to, but 424 saves count the same as those posted by fireballing, high-strikeout pitchers.

Franco pitched for 21 seasons (though only about 14 or 15 years as a real game-finishing option) and has high totals in the counting stats to show for it. He also has a 2.89 career ERA and a 138 career ERA+.

What he lacked in flash, he more than made up for in substance.

Again, he wasn't always perfect, but he got the job done for a long, long time.

As any pitcher will tell you, those final three outs are different. John Franco handled them as well as anybody for the most part. 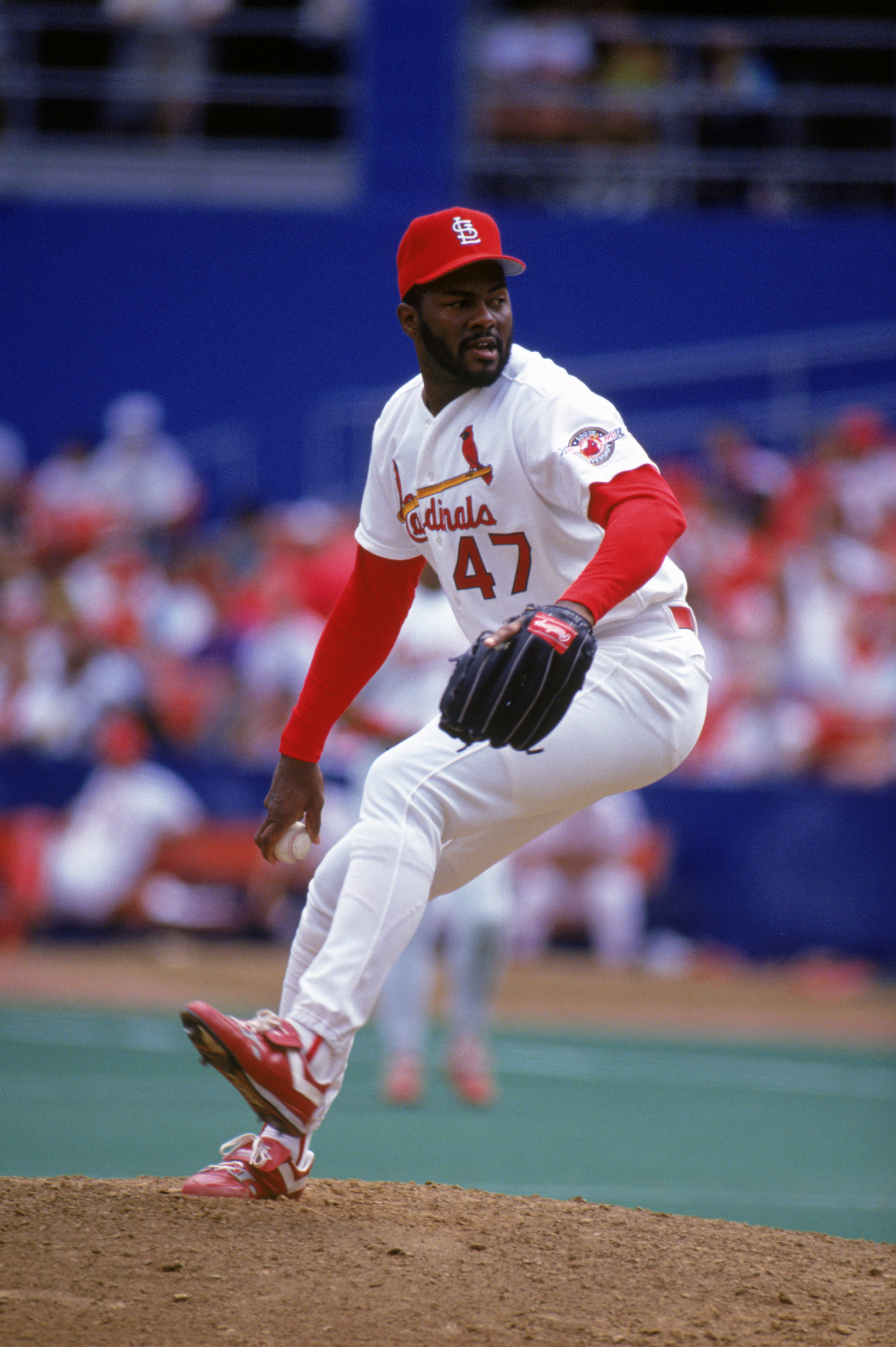 802 games finished, 478 career saves (third all-time), 10 seasons of 30-plus saves (including three consecutive of 43-plus saves) in a career that quite frankly lasted two seasons too long.

A seven-time All-Star, Lee was a workhorse closer who averaged 68 appearances per 162 games. He set the bar very high during his career, and when he retired he was the all-time leader in both games finished and saves. 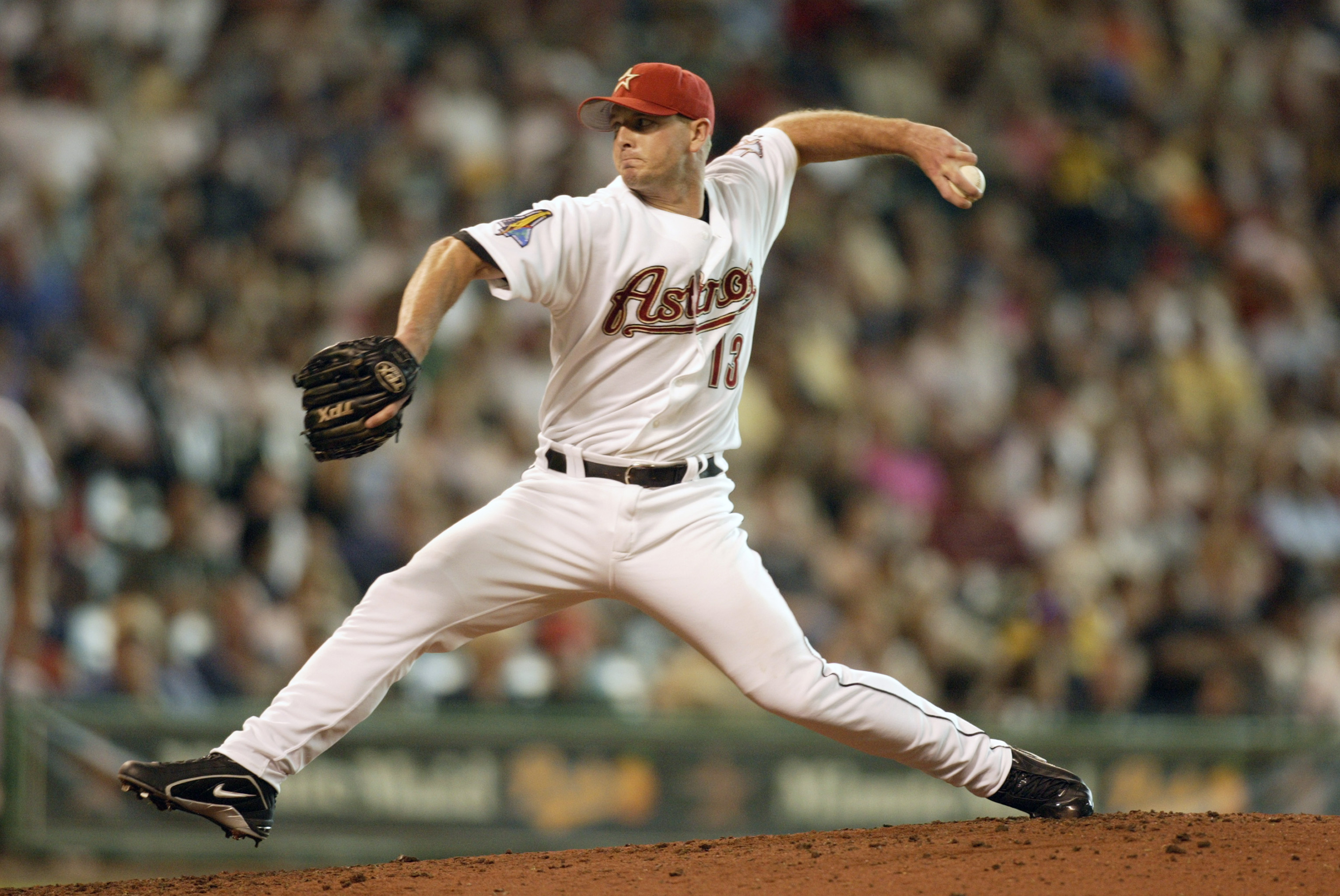 Not many left-handed pitchers in the history of the game have been able to tickle triple digits on the radar gun.

Billy Wagner is one of those few.

...what? Velocity isn't enough to be included on this list? Look, I understand that completely. I also understand that you might see Billy Wagner's name and question his inclusion at all, but this is a case where raw numbers don't lie.

414 career saves (fifth all-time and second only to John Franco's 424 among lefties), a career ERA of 2.35 (perhaps a tick lower after tonight's scoreless, three-strikeout inning), 1,167 strikeouts in only 886.1 innings pitched, and he's just one lead preservation away from his ninth 30-plus-save season out of 14 as a healthy closer...

Do you get the idea?

Wagner has been very good for a long time. The only negative in all of this (other than the basically wasted 2009 season in which he was mostly recovering from elbow surgery) is that he announced earlier this season that he plans on retiring at the end of 2010.

When you've got 29 saves (already), an ERA of 1.74, and 75 strikeouts in 52.2 innings pitched, I think you've shown that you're still quite capable of performing at a high level.

For his sake, if he truly is done at the end of the year, I hope he finds a way to record at least 11 more saves down the stretch. A 40-save season to close things out and become the all-time left-handed career saves leader would be a fitting end to a stellar career.

If he plays for a few more years, however, I simply wonder where he'd end up on this list then. 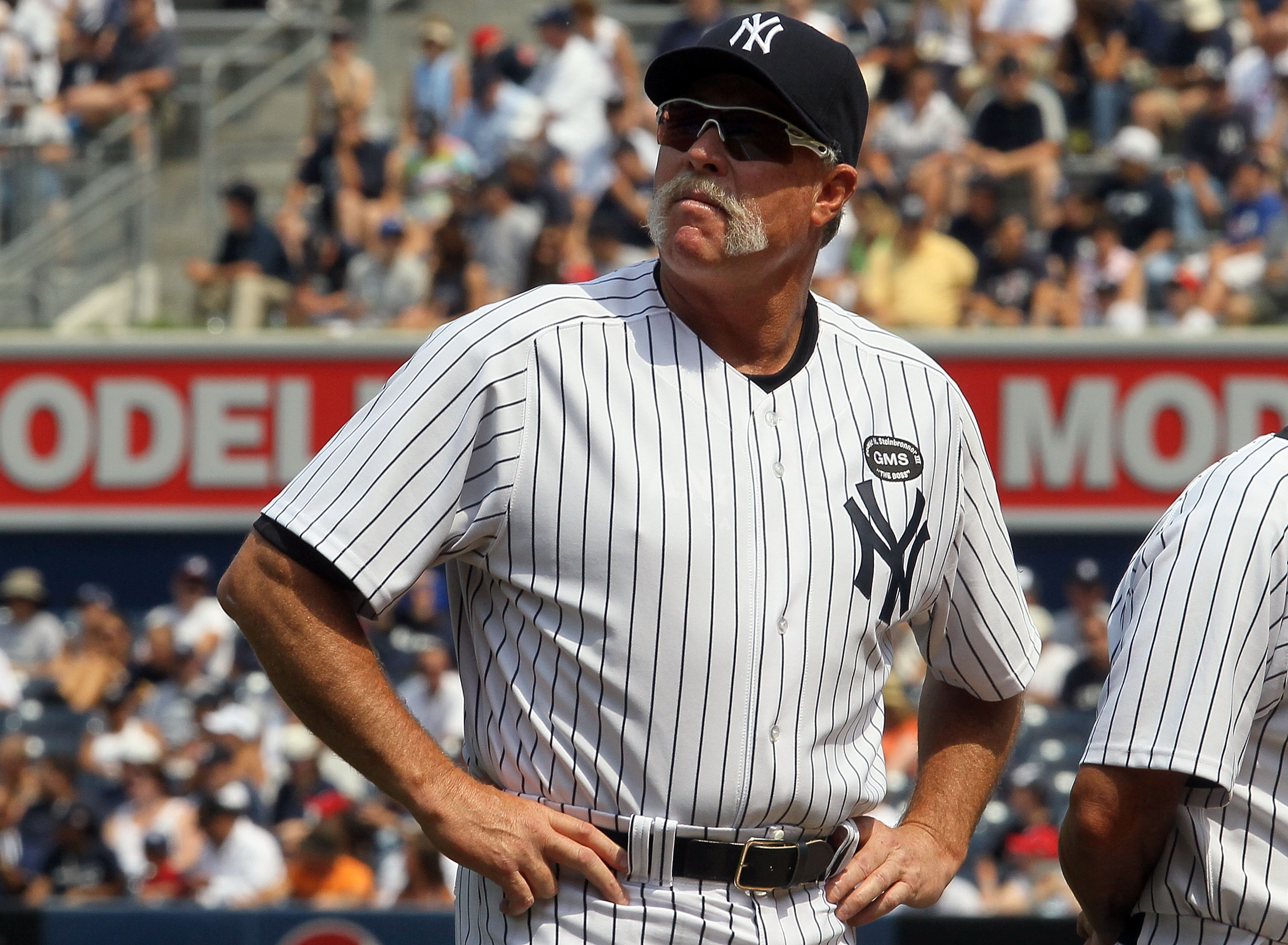 Despite only compiling 310 saves during a 22-year career, when Gossage was locked in, there might not have been a closer in the game that hitters feared more during his tenure as a stopper.

Suffice it to say that if I needed a closer for my team in the late '70s and throughout the '80s, there isn't anybody else I'd have picked first. Thirteen years of intimidation and results is nothing to shake a stick at. 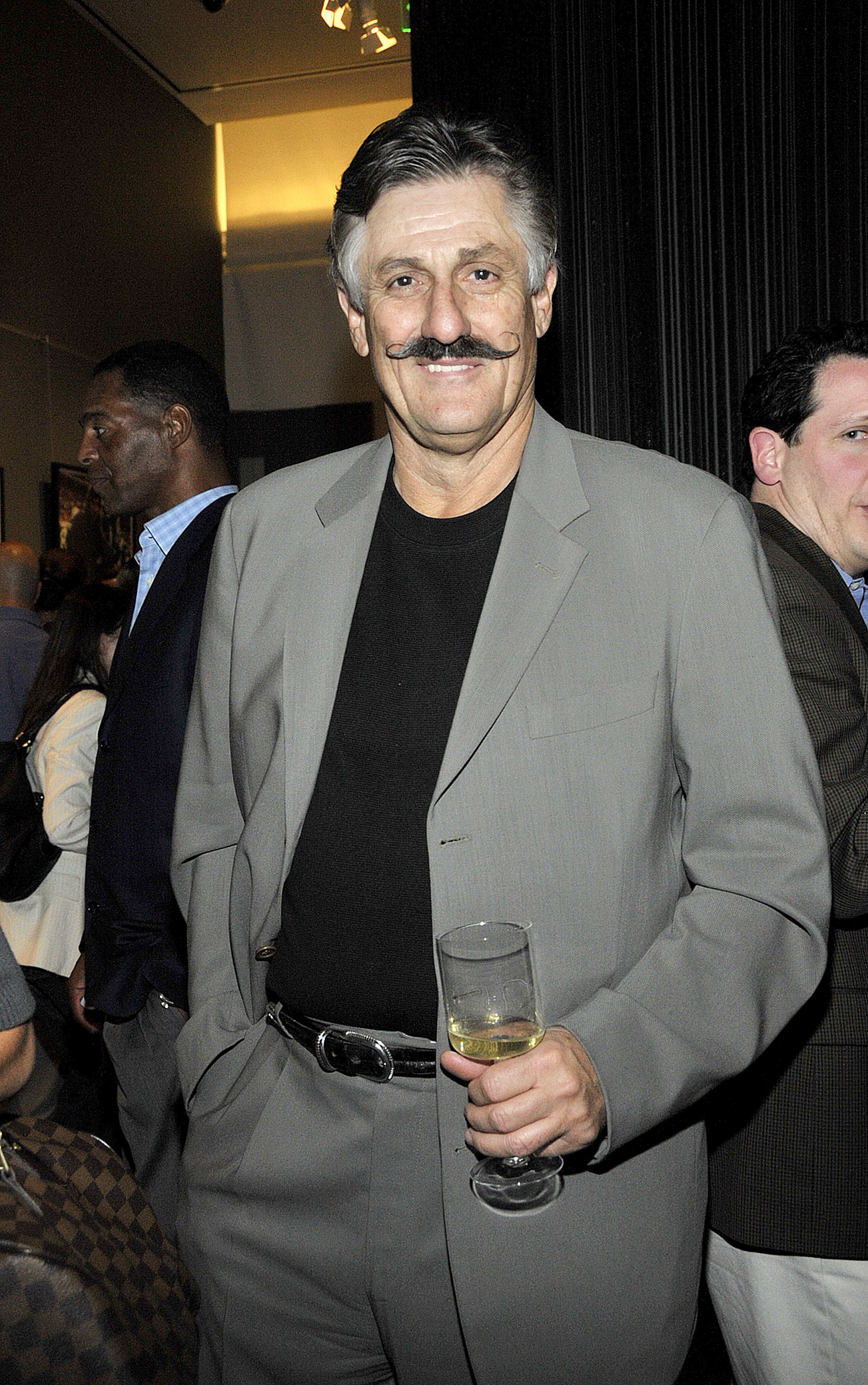 Still the owner of the moustache which all others are measured by (and subsequently fall short of), Rollie Fingers was not your kid's closer. He was most definitely a different breed than what is commonly referred to as the "modern" closer.

Pitching more than one inning in well over half of his career saves, Fingers could be given the ball at any point of the late going of a game with a lead, and save or not, you were virtually assured of Fingers being able to finish it off.

Yes, a different breed to be sure, but any less good as a closer? You won't be able to convince me of that. 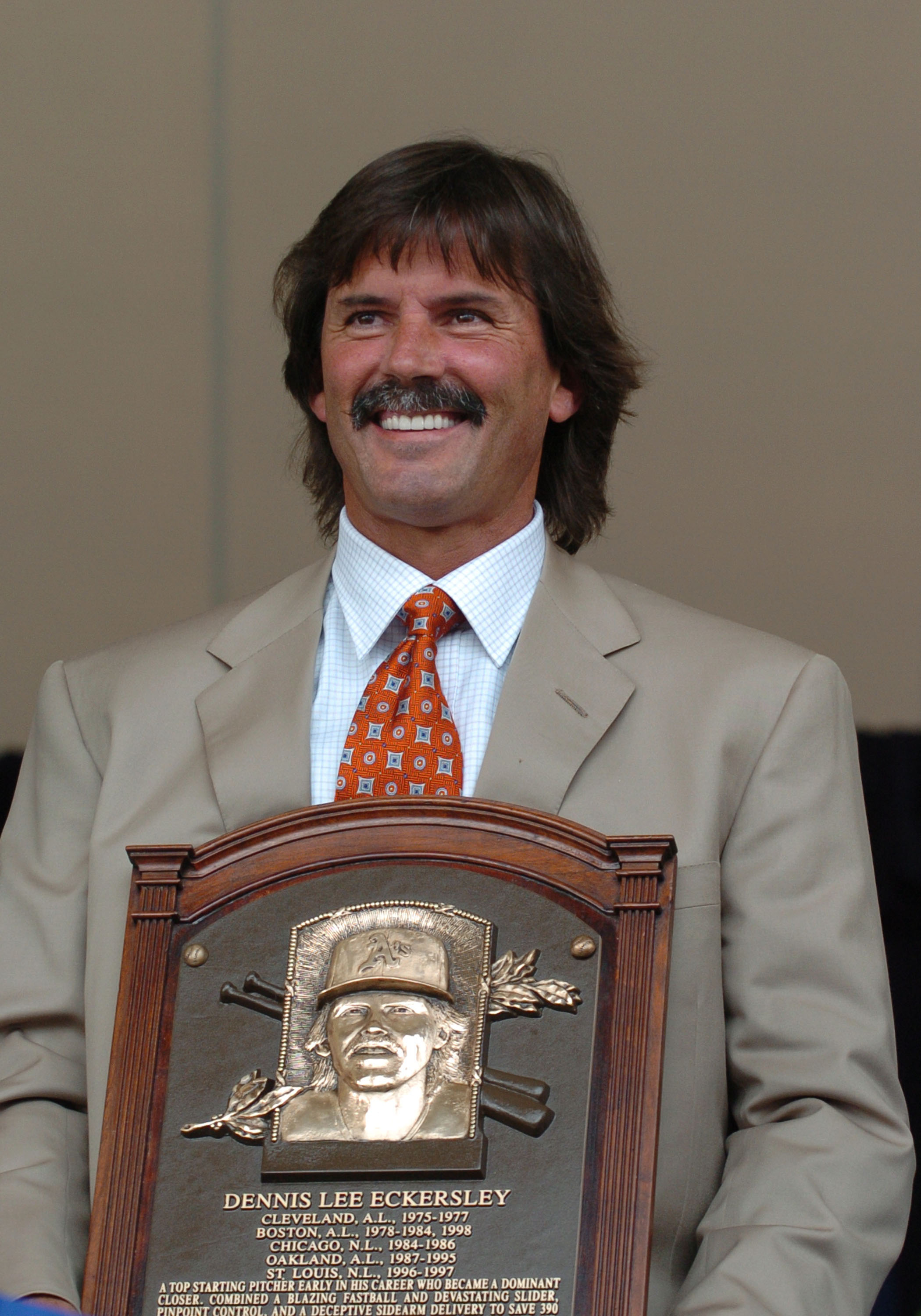 Dennis "Eck" Eckersley was a great pitcher throughout his 24-year MLB career.

In 1990 he allowed fewer baserunners than the number of saves he recorded (48 saves for the record). That's ridiculous.

Had he been a closer throughout his career, there is even a chance that he challenges for the top spot in this list. He was, after all, one of the first names I knew as a kid.

I don't remember him as an Indian, Red Sox, or (shudder) a Cub. He was always in green and gold first to me, and I only knew him as a closer.

Just as a closer, though, despite his excellence, he didn't do it long enough for him to break into the top two. 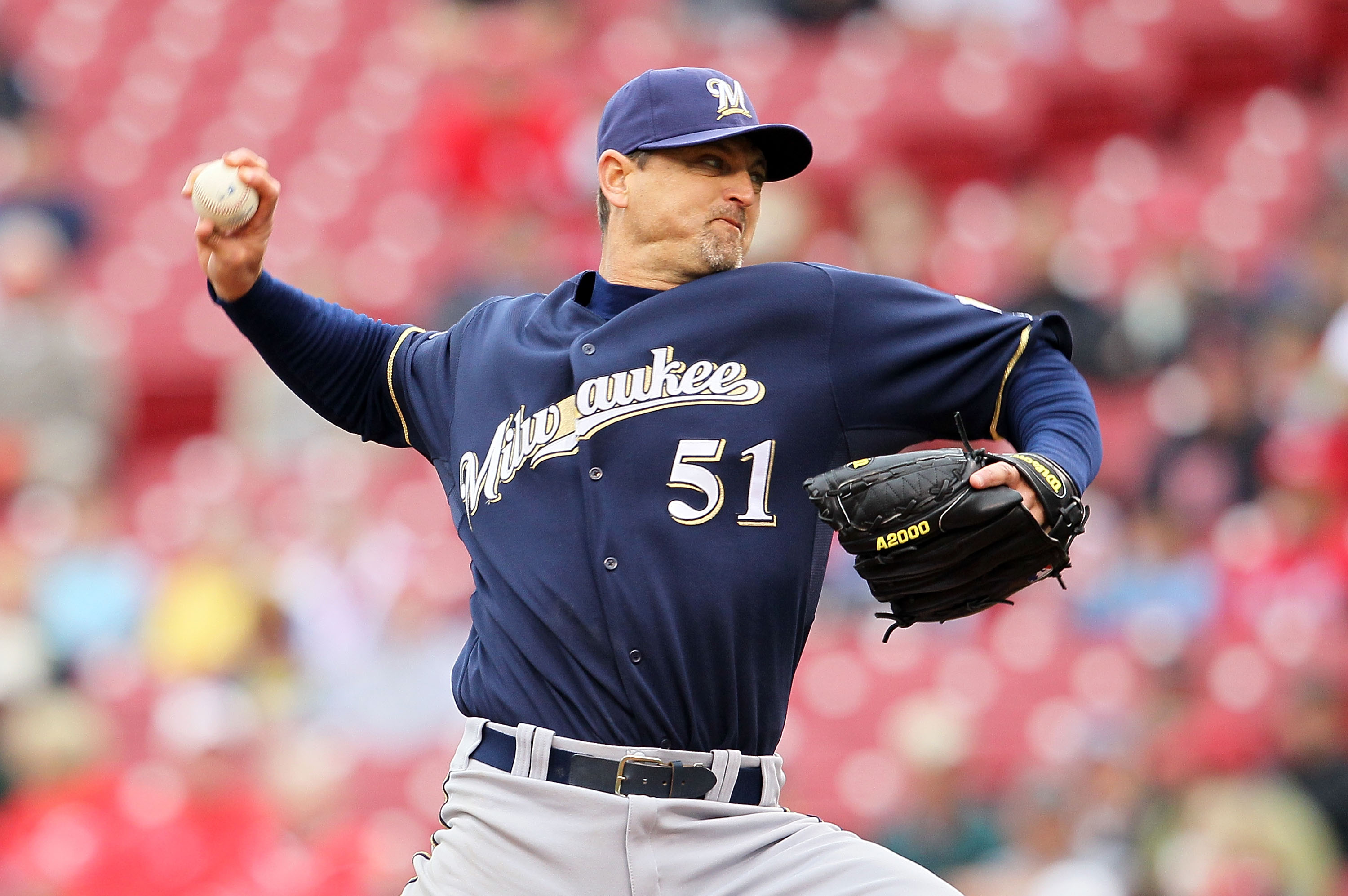 Here is where we find Trevor Hoffman.

I battled with myself on this slotting simply because Dennis Eckersley was so good while he was a closer, but Hoffman gets this position on my all-time Top 10 list because he has done it so well for so much longer.

As I sit in front of my laptop, Hoffman is no doubt back in Milwaukee, where he will get to relax during a second team off day in four days.

I just watched the replay of him entering a one-run game in the bottom of the ninth inning against the St. Louis Cardinals, a team which has had his number a lot in the last two years, and a team which had already driven in two runs in the inning and reloaded the bases off current Milwaukee Brewers closer John Axford.

Three pitches, three strikes (two foul balls and a swing-and-miss variety on the third for the K), and another career save.

It was a thing of beauty after the first pitch, which was over the heart of the plate but which Brendan Ryan pulled foul. The second was spotted in the low-outside corner of the strike zone. Ryan swung but harmlessly fouled it back. The third was a signature change-up down the middle of the plate that Ryan waved at helplessly.

Eighteen seasons, 598 saves (a Major League Baseball record), 847 games finished (another MLB record he holds)...nobody has done it as well for as long as Trevor Hoffman. 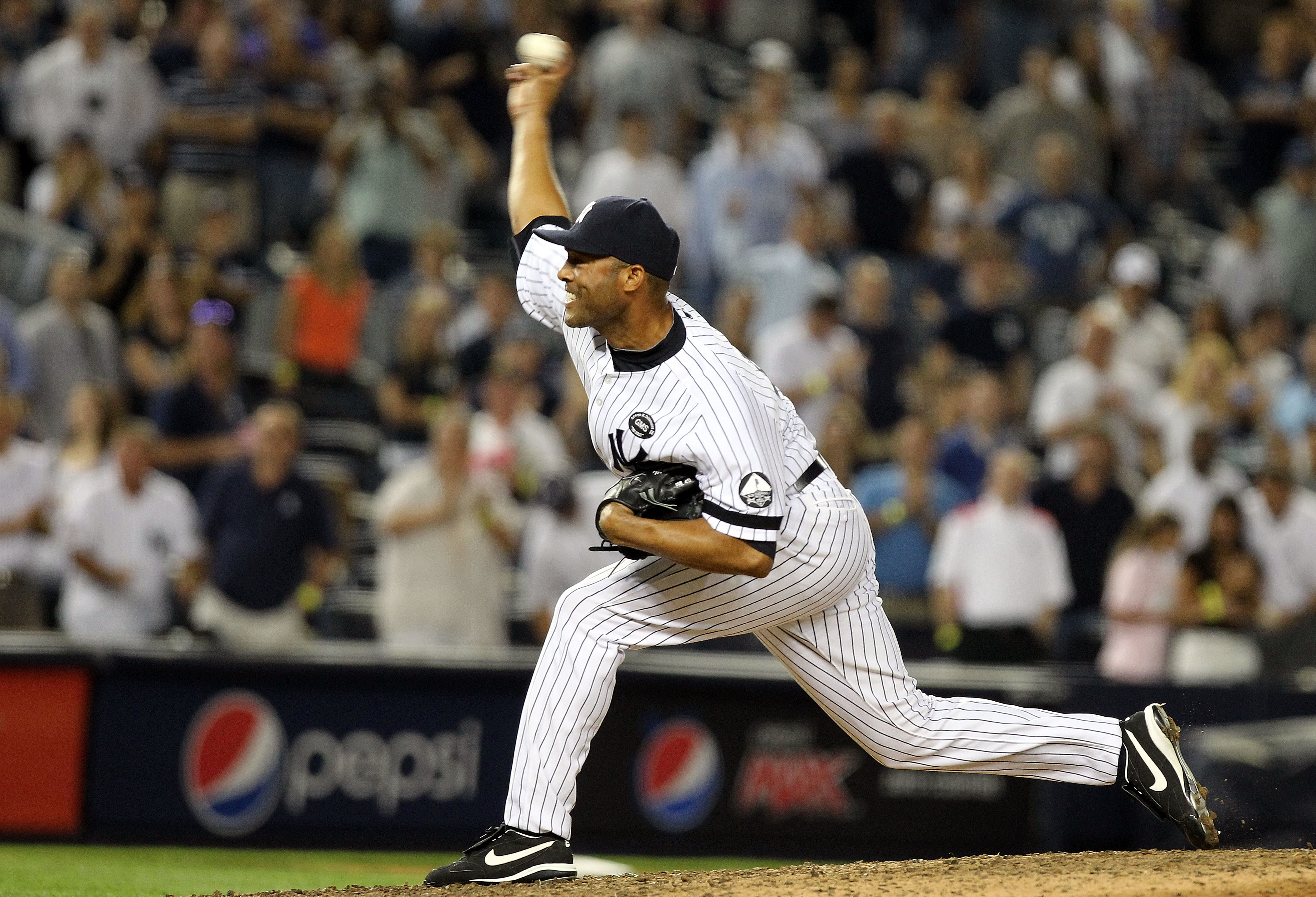 Mariano Rivera pitching on August 18, 2010. Rivera pitched a scoreless inning of relief but entered the game in a non-save situation.Nick Laham/Getty Images

Despite being second on the all-time saves list, Rivera transcends all others in the category of closer.

His career numbers are incredible, and his presence in the back of the Yankees bullpen is a major contributing factor to their dominance.

Rivera's worst season since becoming the full-time closer in 1997 still saw him amass 30 saves with a 3.15 ERA. That's nearly a third of a run higher than his next worst season ERA as a closer of 2.85.

So again, while he might not be at the top of the saves list yet, he currently sits at 550 for his career and has shown few signs of slowing down.

Does the ageless one have two more years in his right arm and cut fastball to surpass whatever Hoffman's total might end up being? Perhaps he does.

Regardless of the final tally, Rivera wins the title of G.O.A.T. as far as closers are concerned.