Sepp Blatter: Some of His Worst Ideas 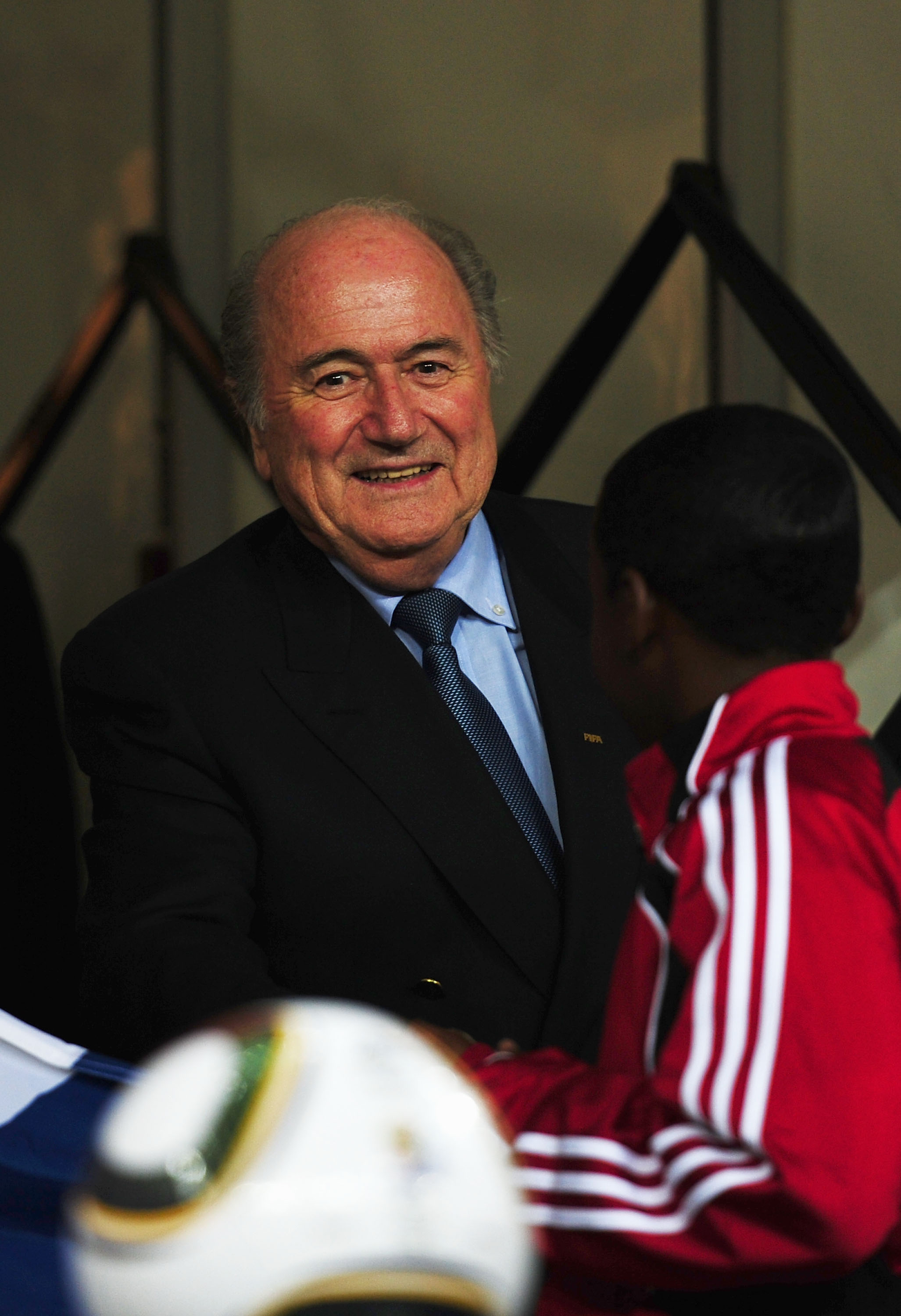 As President of FIFA, Sepp Blatter has a great deal of clout and power when it comes to the game of football. Since his appointment to the role back in 1998, he has amused us with a constant stream of simply ridiculous ideas. However, given his position of power, there is always the worry that he may be able to force some of these ideas through into law.

As one German journalist once said, “Sepp Blatter has fifty ideas before breakfast every morning, and fifty-one of them are bad.” Maybe for the sake of football, he should simply not get out of bed, and spare us his inane and frankly ridiculous ramblings.

Here, we look at a number of the more stupid ideas that he has come up with, including several that he has managed to pass into the laws of the game.

Four Quarters Rather Than Two Halves 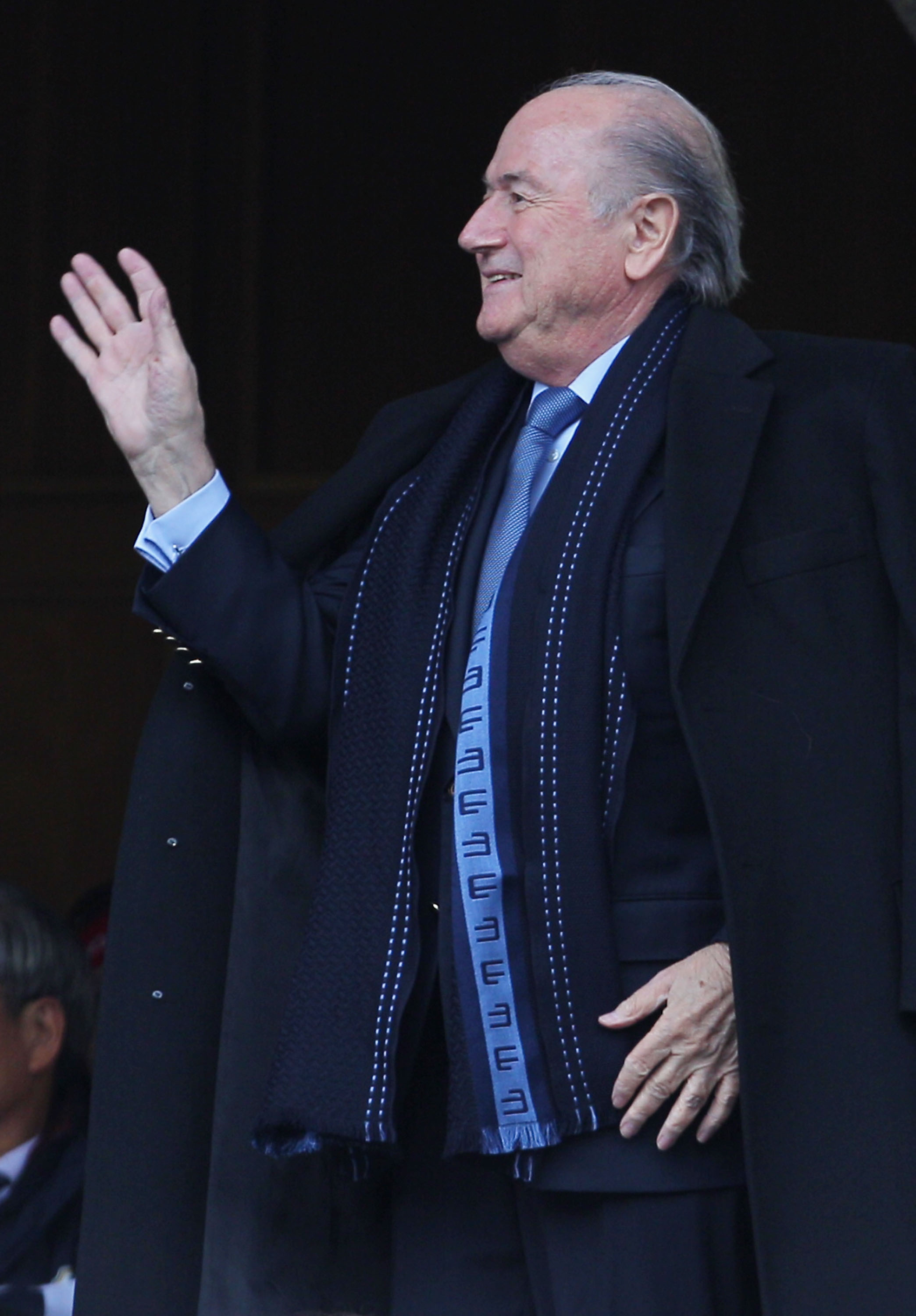 Ahead of the 1994 World Cup in the United States, Blatter came up with the idea of splitting the game into four quarters, rather than two halves, in order to make the matches more attractive to American television networks.

Thankfully this idea was roundly criticised by almost everybody who commented on it. There is no real basis for this change. It is ridiculous to suggest that Americans are not capable of watching two 45 minute halves without getting bored. Instead, it would simply break up the flow of the game more, and is simply a measure to try and attract the television networks and advertisers, rather than to do with improving the game as a whole. 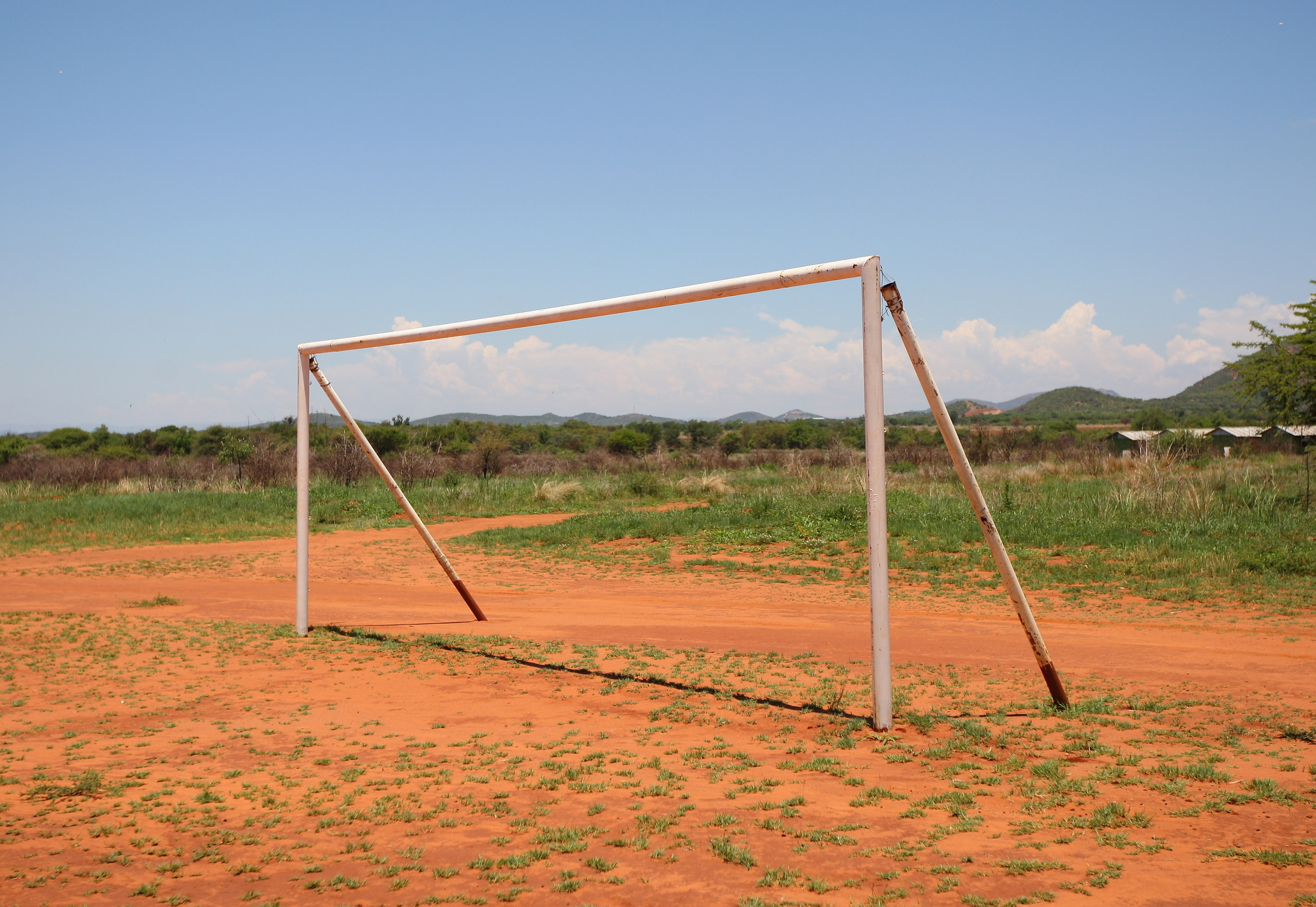 Another suggestion that he came up with to try and make football matches more exciting was that the goals should be made larger. He wanted the goals to be made 50cm wider and an extra 25cm higher.

What Blatter doesn't seem to realise in this situation is that it is not only goals that make a football match exciting. Whilst it is undeniable that goals do liven up any football match, it is possible to enjoy a game of flowing football, excellent saves, tactical battles, without many goals. Would we really rather see games finishing 8-6 each week.

Goals are not overly common - games will often finish with only one or two goals. This makes them more special when they do come. Just think, is each basket scored in basketball received with the great jubilation and celebrations that accompany a goal in football. Whilst I am not criticising basketball in any way, this style of play is simply not what is required in football. 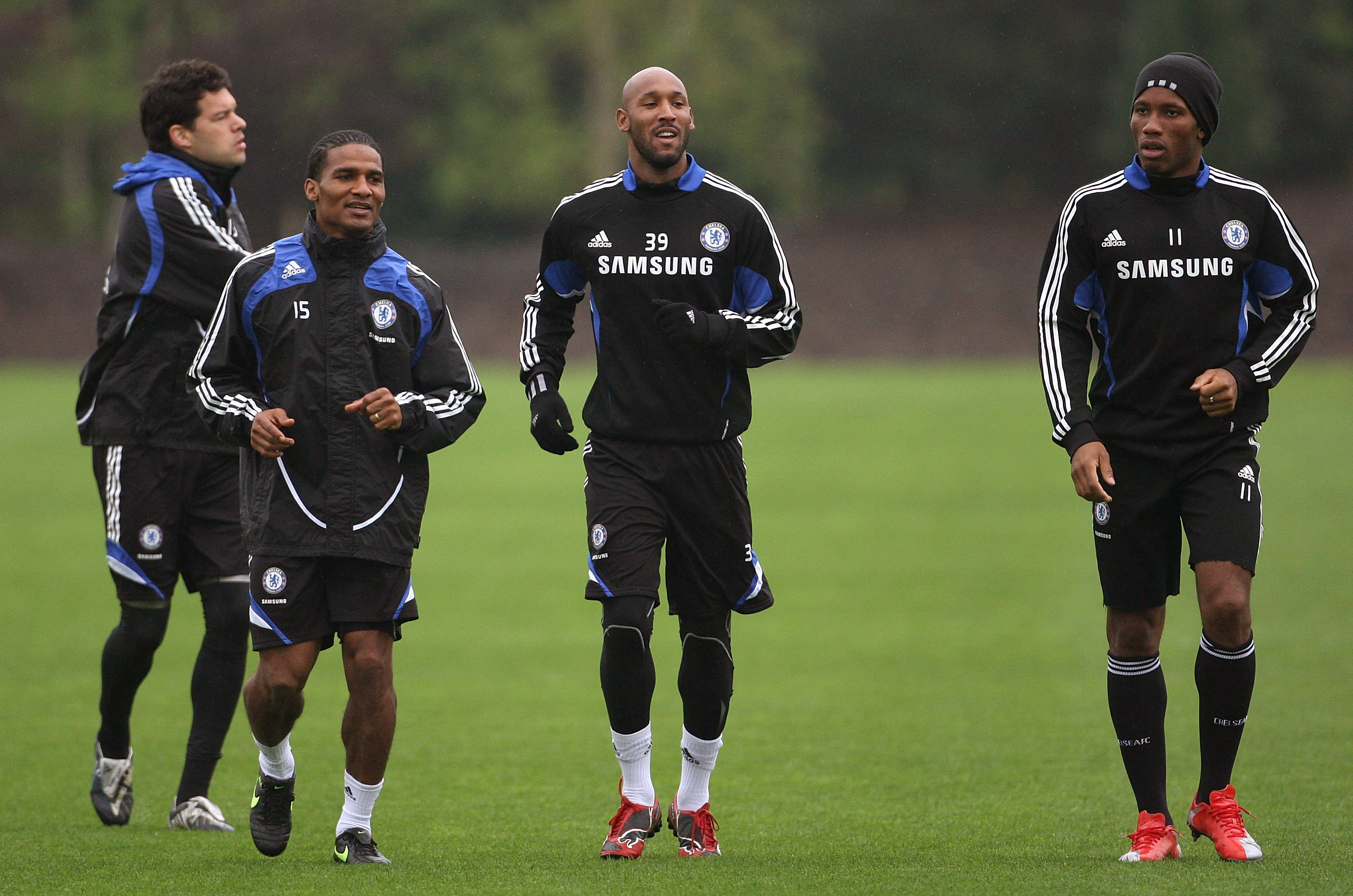 One of his more recent ideas concerned the number of foreigners playing in the top leagues in Europe, particularly the English Premiership. To solve this 'problem', he proposed the '6+5' rule, where teams may only play five foreign players in their starting eleven.

This is not going to make football a better spectacle for fans. Fans like to see the best players playing in their leagues. Whilst they do like to see domestic players, there is often a greater thrill surrounding watching foreign players. The football week-in week-out would be of a lower quality without the foreign players. And no fan wants that.

And this also ignores the fact that this rule is technically illegal under EU employment law. A slight inconvenience that Blatter does not seem to have noticed. 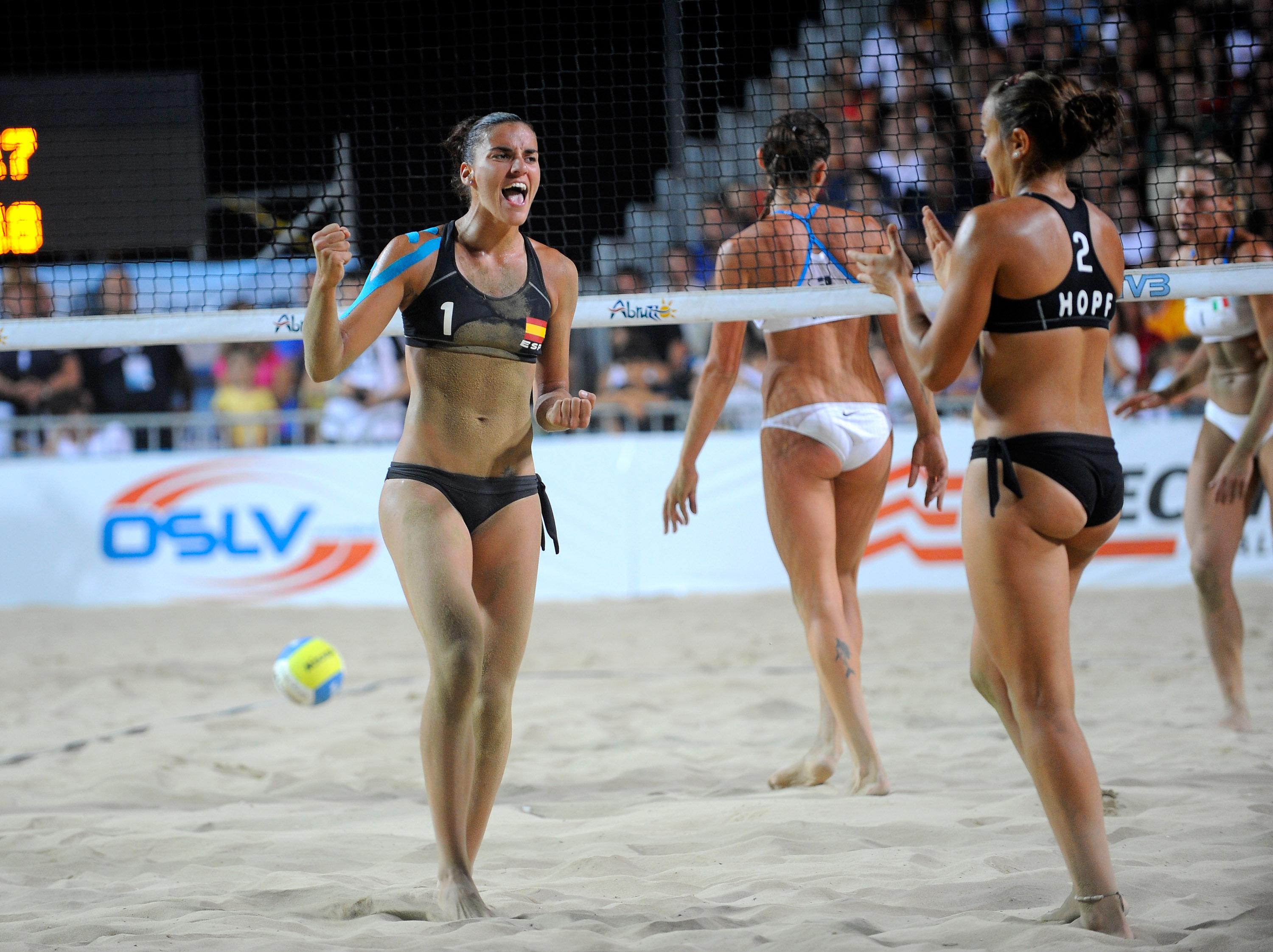 He managed to incur the wrath of the entire female game following his suggestion that they could increase the popularity of the game by wearing tighter shorts to promote 'a more female aesthetic'. He went on to describe in further detail how they should play in more feminine clothes like they do in volleyball. In volleyball, the ladies play in tight shorts, whilst in beach volleyball, there is a maximum size for the bikinis that they wear.

Again, this is hardly a serious idea to try and promote the future of the game. Firstly, surely the sport is about skill and ability, rather than simply how the players look. If people want to watch that, they could just go to watch a beauty contest.

It caused universal outrage within the female game, leading to Blatter being ridiculed for the suggestion. 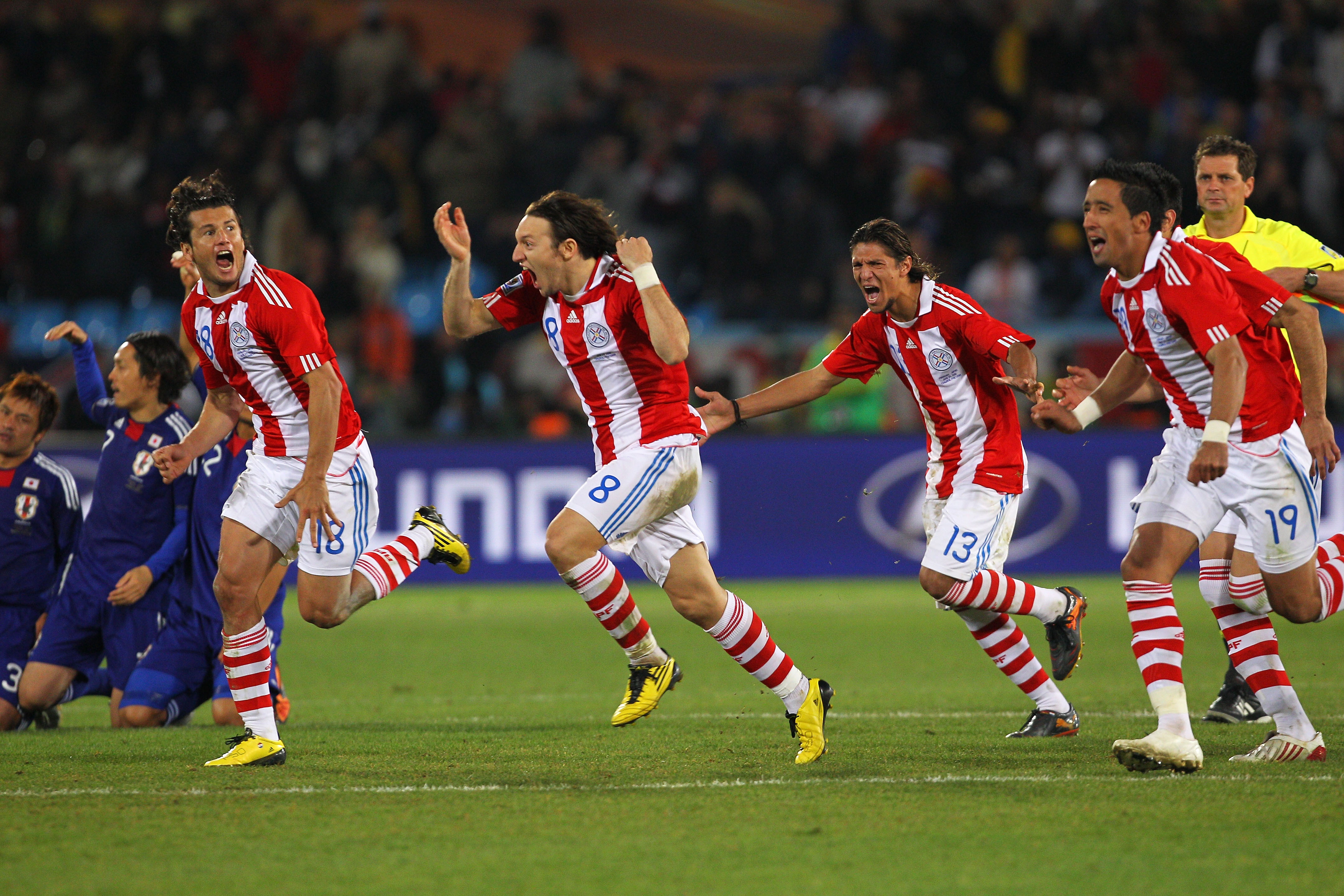 For years, he has been proposing the scrapping of draws, replacing the draw with a penalty shoot-out at the end of the game to determine a winner. His latest incantation of this plan is to scrap draws in the World Cup group stages.

It is difficult to see why every match must have a winner and a loser. Clearly knock-out cup matches require this, but it currently has the system to achieve this. Normal league matches surely do not need this. It would not improve the football in any way. Rather it would have the potential to make it more dull to watch. Teams would know that if they did not have confidence in themselves to score, they could play an ultra-defensive style for 90 minutes, then have a 50-50 chance to secure the win and the points.

I simply cannot see how this would improve things. There is a certain enjoyment as a fan at seeing your side grabbing a last minute equaliser - why do we need to determine a winner after that?

Changing the Timing of the Season 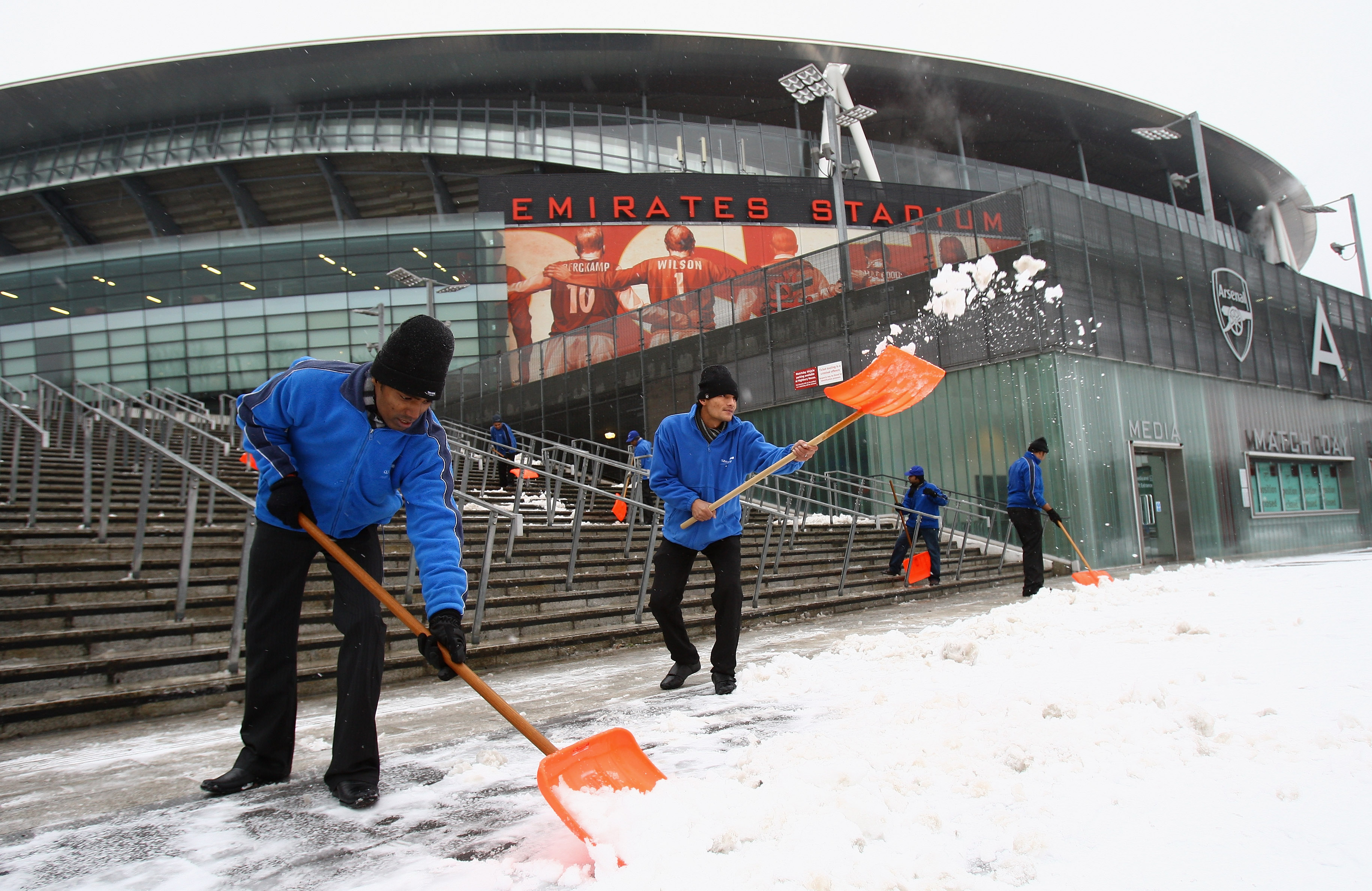 Blatter also came up with the idea that the European football season should be moved so that it begins in February and runs through until November, whilst we could use the winter period for internationals.

Ignoring the fact that this would impact seriously on other summer sports, this seems to forget about tournaments such as the World Cup and European Championships. He would not go far as to suggest that these be moved to the winter, meaning that it would require leagues to take a six week break in the middle of their seasons.

There are plenty of positives about winter football that would be lost to this suggestion. And the problem with the major tournaments would cause major conflict with the leading club competitions. 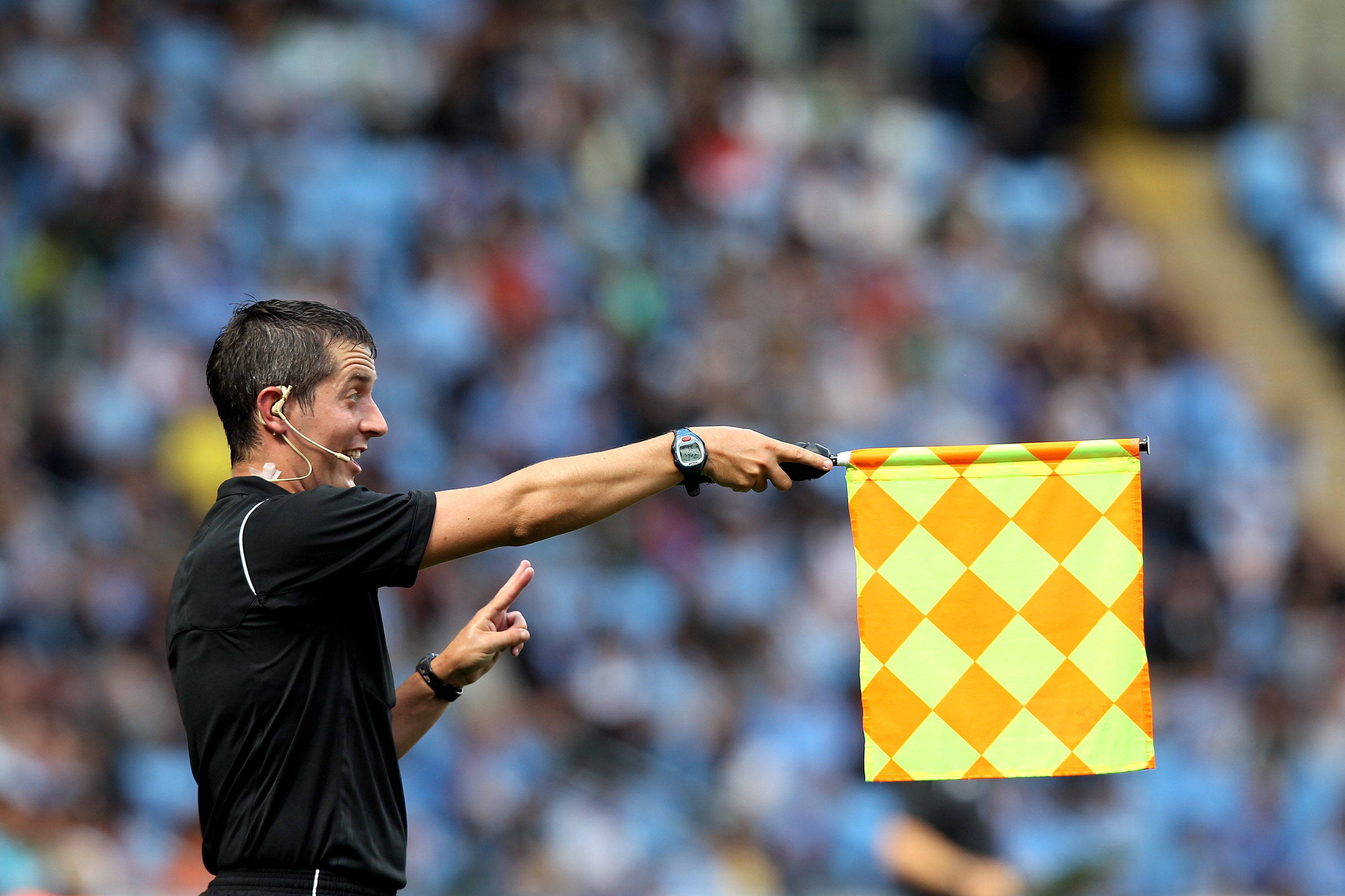 Although many controversial decisions in football are based around the offside rule, it is a successful and integral part of the game. Blatter's idea to remove the offside rule, as has been done in hockey, would completely change the way that football is played.

It would surely lead to the introduction of goal-hangers, who simply stand around in front of the goal, waiting for the ball to come to them. Maybe it would lead to a more open game with more space in the midfield. Who knows exactly what would happen.

However, there seems to be nothing wrong with how football is played today. So why the need to change such an integral part of the rules? 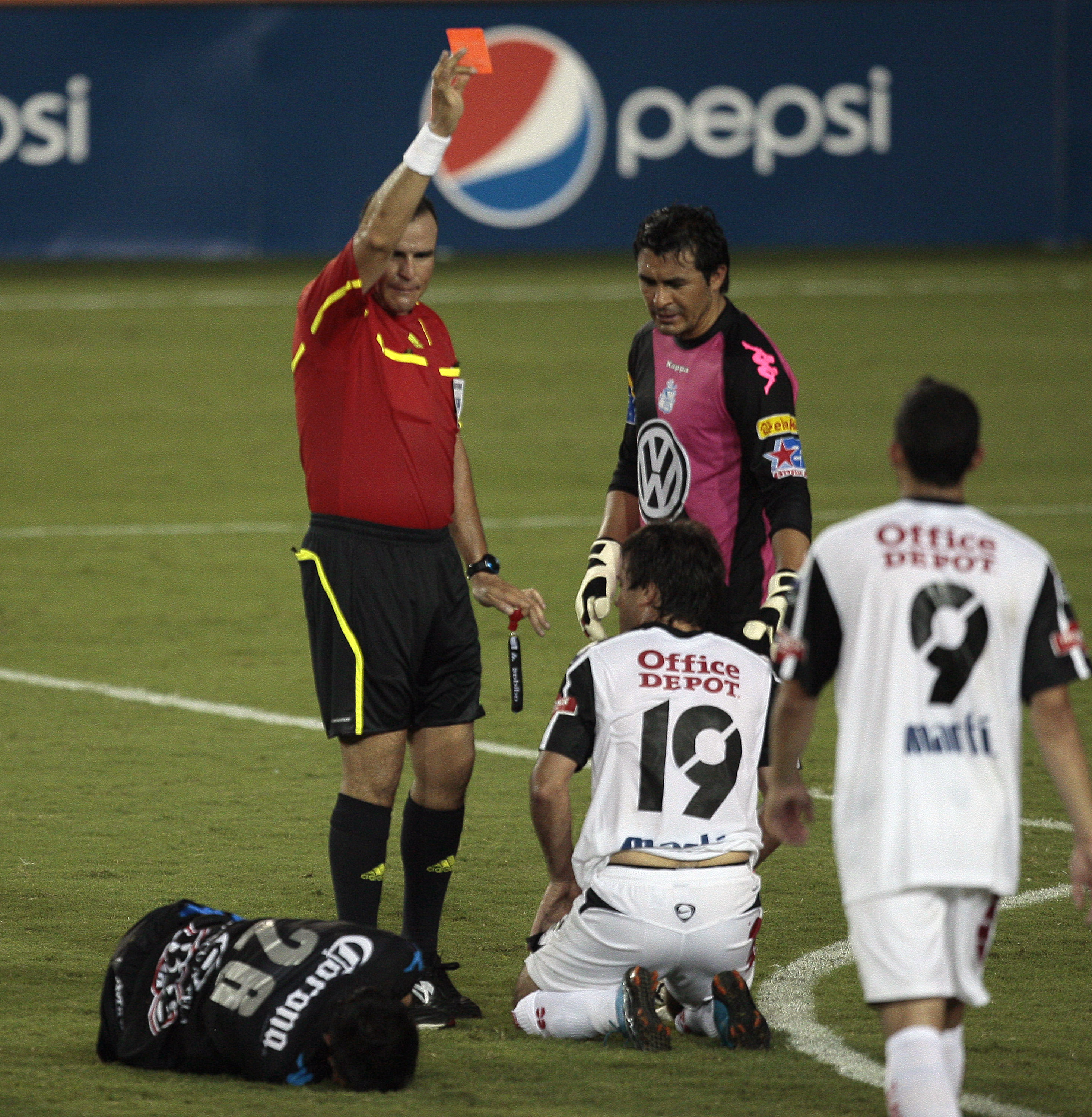 The next few ideas are ones that he has successfully pushed through to become rules of the game.

The first of these is that national associations must enforce immediate suspensions of all players that are shown a red card during a game. Whilst on the surface, this appears reasonable, this even covers situations where television replays offer compelling evidence of the innocence of the player in question. So, if a player was sent off for supposedly elbowing a player, but replays show that there was no intent and he did not actually touch the opposition player, he would still be banned - no appeal would be allowed. 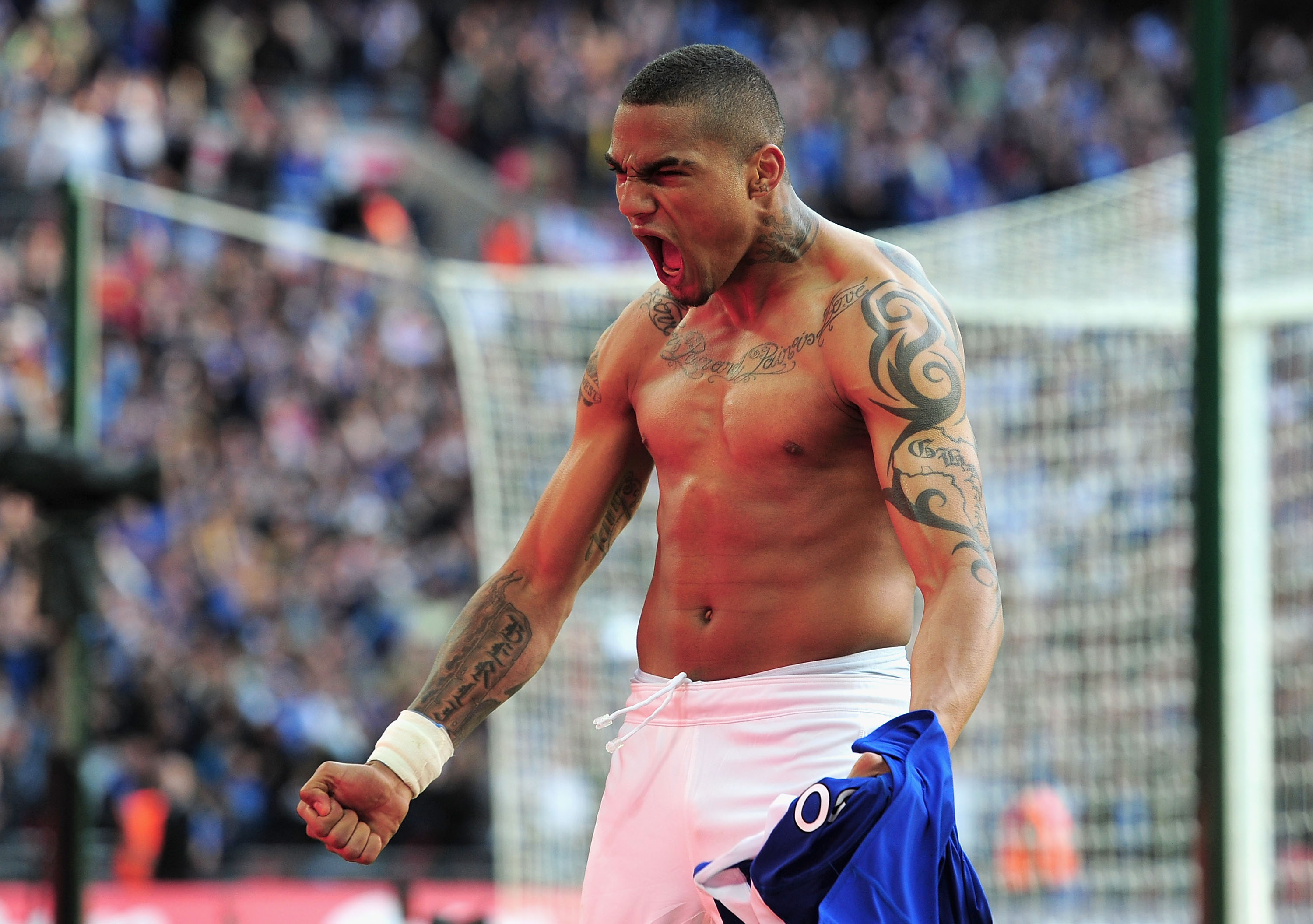 One of the more stupid rules is that if a player removes his shirt during celebrating scoring a goal, then he must be shown a yellow card. Similarly, the referee can show a yellow card for 'excessive celebration.'

Usually a yellow card is shown for relatively dangerous or reckless fouls. How do it make sense that a similar punishment is necessary for taking off a shirt, whilst consumed in the emotion of having scored. It is not as though the action harms anybody. 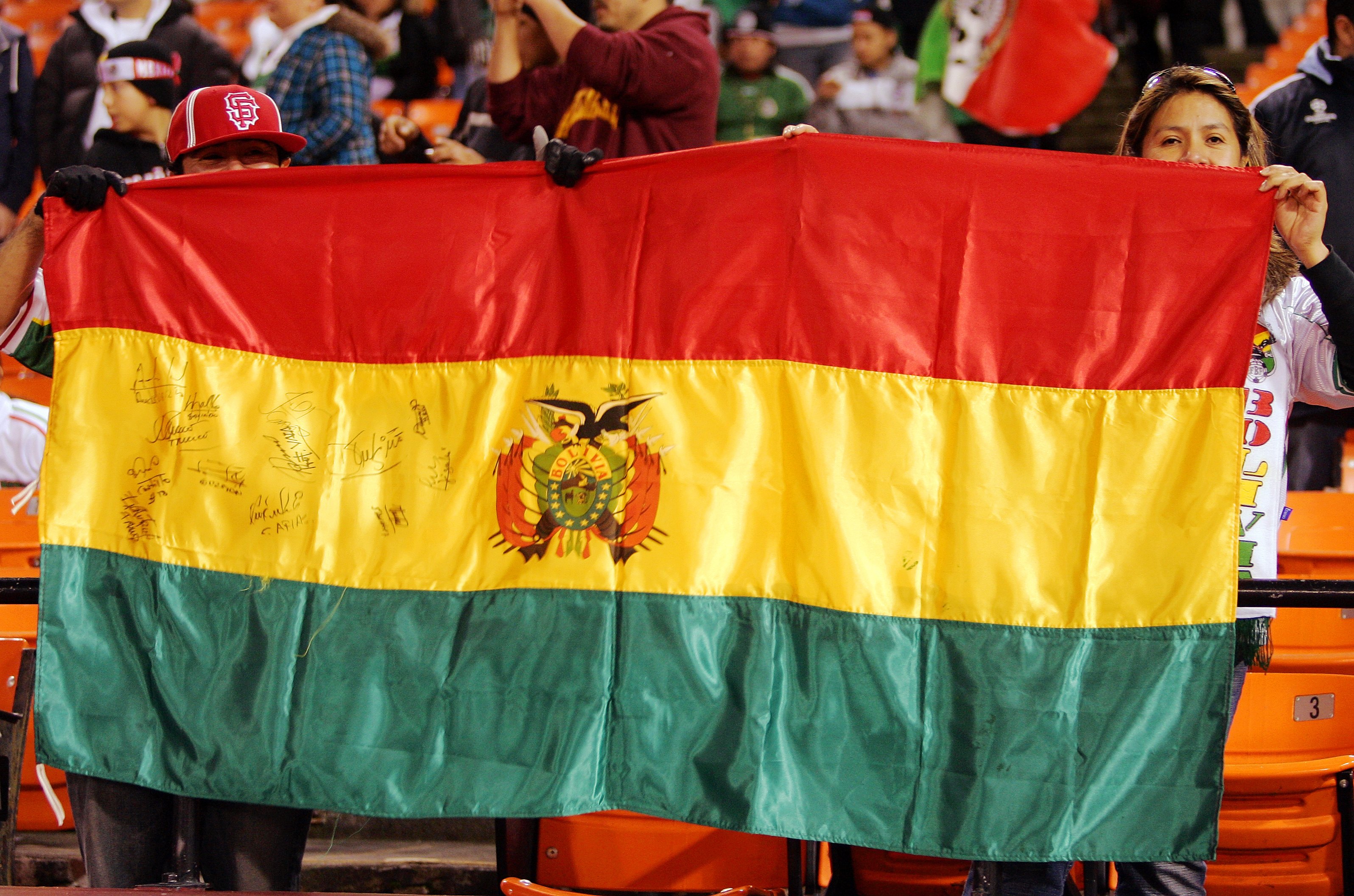 His decision to ban international matches from being played in stadia located more than 2,500m above sea-level was met with great uproar in many South American countries.

It was based upon claims that playing at these altitudes was dangerous to the health of the players, despite numerous scientific studies refuting this claim.

Indeed, all South American football federations, except Brazil, announced that they would be ignoring this rule, and playing at any stadium of the host's choosing.

In June 2007, the limit was increased from 2,500m to 3,000m, meaning that only Bolivia was still affected. Finally, following numerous protests from virtually all South American federations, in May 2008, the law was suspended.