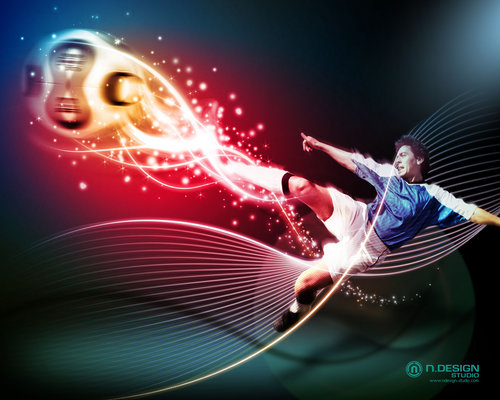 The first decade of the 21st century has brought us some fantastic teams, at both the club and the international level.

Choosing the top 10 teams is not an easy job and I've left out some really wonderful sides. But only 10 teams could make the cut.

The following list contains the 10 best teams of the decade (in my opinion) and the period during which these teams were at their best: 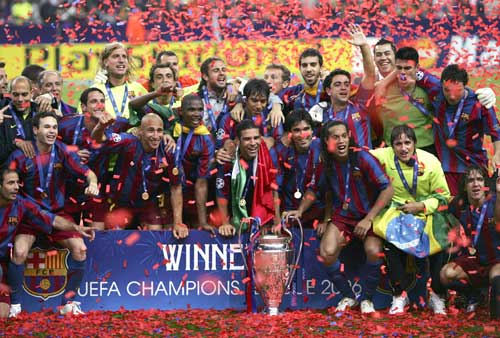 A Ronaldinho-led Barcelona brought titles and beautiful football back to the Nou Camp. With amazing performances, Barcelona won the 2005 and 2006 La Liga and added the 2006 Champions League trophy. This was the beginning of a golden period for Barcelona.

It was on this team that Lionel Messi took his first steps towards becoming the best player on the planet. 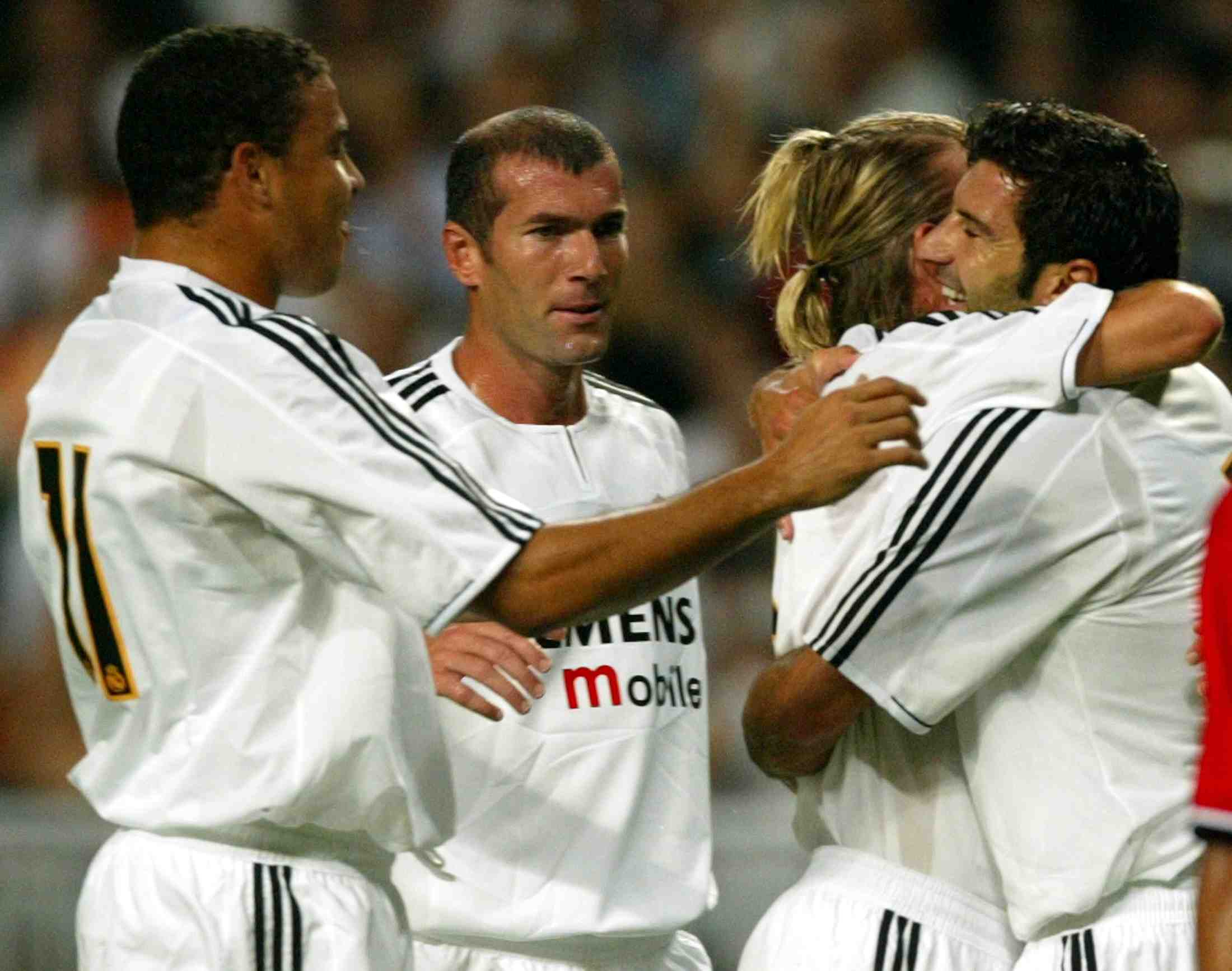 The first version of Los Galaticos had relative success—two La Liga titles (2001 and 2003) and a Champions League (2002). Some lack of chemistry kept this team from building a more solid dynasty.

Still, they were a successful team and very enjoyable to watch. 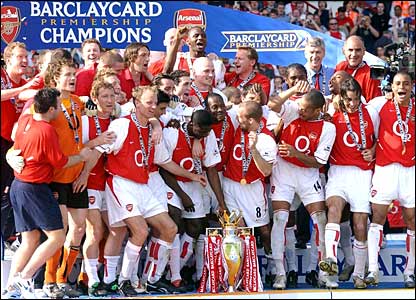 Despite a lackluster performance in both the English Cups and the Champions League, Arsenal managed to finish the Premier League unbeaten. That was quite an achievement for Wenger's team.  With 39 goals during the season, Thierry was the undisputed star. 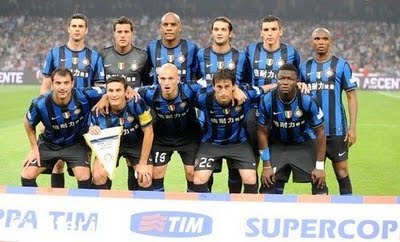 Led by José Mourinho, Inter did what many thought impossible, and eliminated Barcelona on their way to win the Champions League. They added the Seria A and the Coppa d'Italia in a really glorious season for Inter. 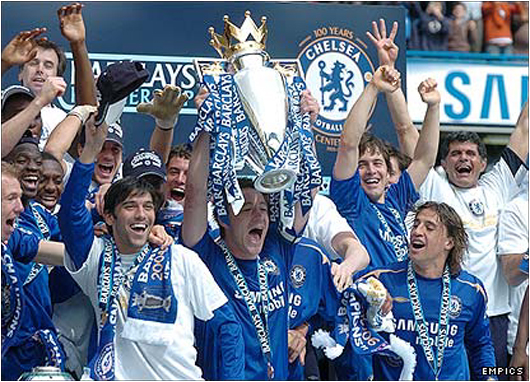 Abramovich got to Chelsea in 2003 and he built one of the strongest teams of the decade, with some of the best players in the world. Under José Mourinho and then Carlo Ancelotti, this team won three Premier League titles. Some might argue Chelsea is unlucky not to have won the Champions Leauge yet: They lost the 2008 finals in the penalty shootout and reached the semifinals in 2005, 2007, and 2009, losing dramatically in each of the three occasions. 2011 might be one of the last chances for this fantastic generation of Chelsea players to win the most sought-after trophy in European football. 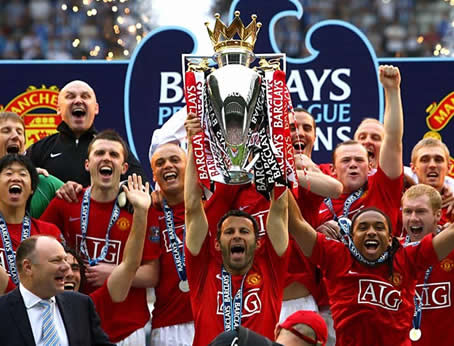 Only a really strong team can win three Premier League titles in a row with a Champions League title in the middle. Led by two of the world's top players, Rooney and Ronaldo, United was the dominant team in Europe from 2007 to 2009, having reached two Champions League finals and one semi-final during this period. They were a truly fantastic team. 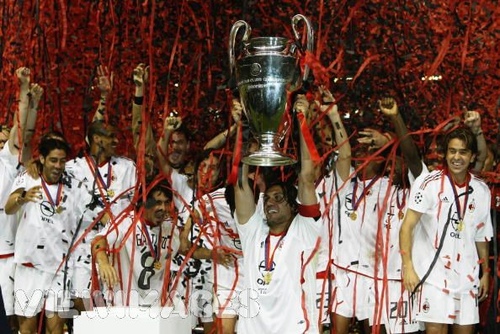 In five years, Milan reached three Champions League finals (having won two) plus a semifinal and a quarterfinal appearance. This alone makes Milan one of the teams of the decade. If they had managed to establish their domination in the Italian Serie A, they could have been ranked higher. But the truth is that, despite all their European success, Milan only managed to win one Serie A title during this period (2004).

Incredibly strong in every position, Milan was the team to beat in Europe from 2003 to 2007. 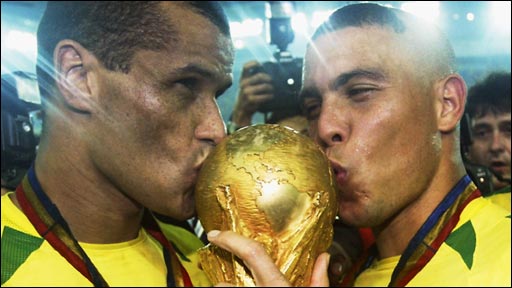 The 2002 World Champions! Brazil won every match of the 2002 World Cup with impressive football. Rivaldo scored five goals, Ronaldo scored eight. With a rather unusual 3-4-1-2 formation, Scolari managed to turn a group of stars into a nearly unbeatable team.

Ronaldinho, Ronaldo, and Rivaldo formed one of the deadliest attacking trios the world has ever seen. 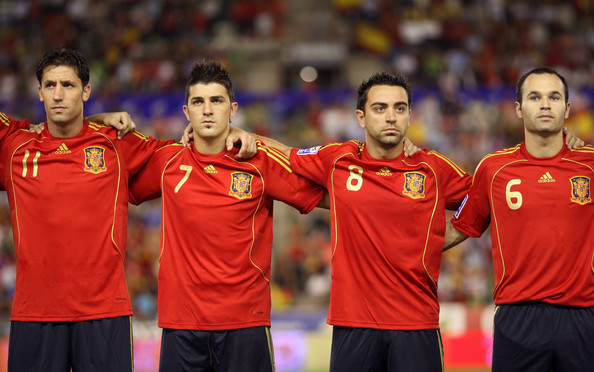 The European and World Champions

The best national team of the decade. Spain are the current European and World Champions. And there's absolutely no doubt that Spain are the best national team in the world, by far. With Iniesta and Xavi at the helm, Spain simply dominate every opponent they face. By controlling possession, Spain progressively frustrates their opponent and ultimately wins. It has been so since 2008.

It can be argued that Spain (2008-2010) is the most dominant national team ever, since they leave their opponents no choice other than to play on Spain's terms. 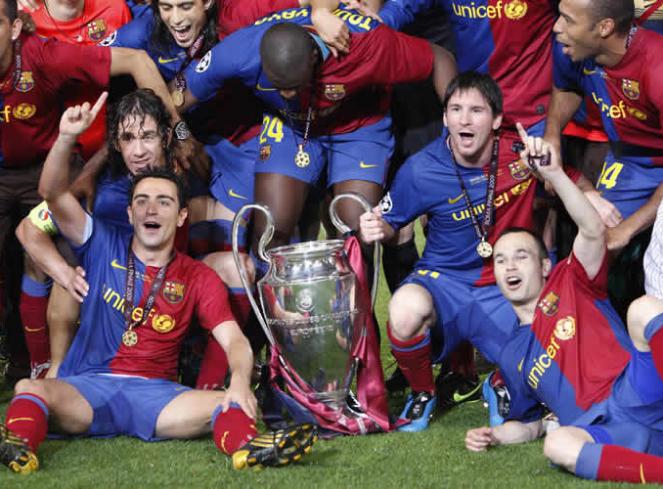 The best team of the decade and arguably one of the best ever! There are no words to describe what Guardiola's "Dream Team" achieved in 2009. Playing the most beautiful football ever seen, this team marvelled the world (even those who don't like Barcelona enjoyed this team's beautiful football). Lionel Messi, Thierry Henry, and Samuel Eto'o (combined) scored 100 goals during the season.

Barcelona won La Liga comfortably and scored a record 105 goals in this competition, six of which came in a 6-2 blowout at the Bernabeu.

Iniesta's last minute goal at Stamford Bridge was celebrated all over the world, not only by Barcelona fans, but by all the fans of the beautiful game.

It was a triumph for football in general, as the most dominant team in history (arguably) also became the most successful team in history, by capturing a record-breaking six trophies in one season.