10 Questions Facing AC Milan Heading into the Serie A Season 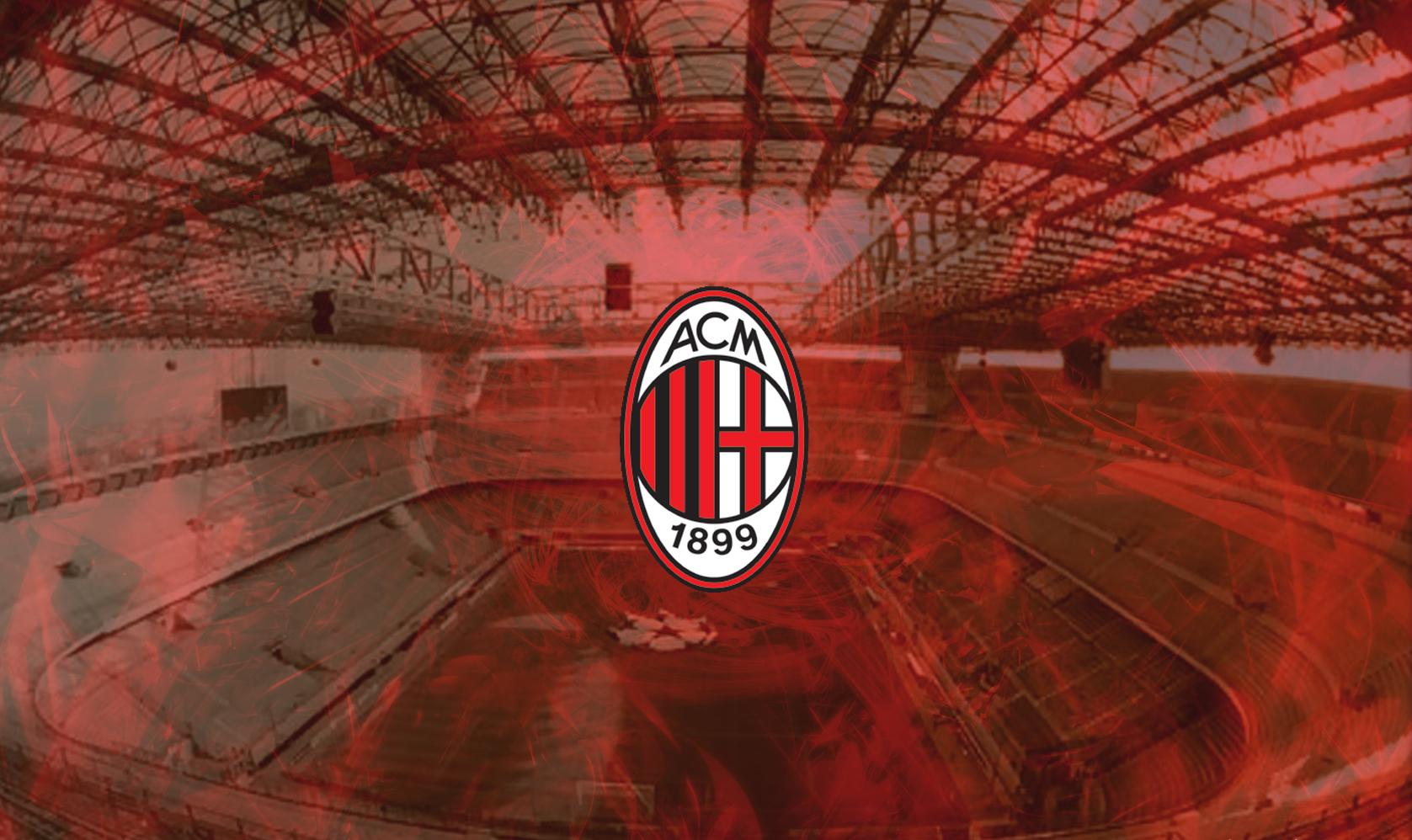 For AC Milan this season is going to be very interesting because once again they had really bad transfer campaign. Buying old and cheap players became style of AC Milan. No money - no good players! Simple as that.

I will bring you 10 questions that AC Milan will be facing in new season.

Does AC Milan have what it takes to win Serie A? 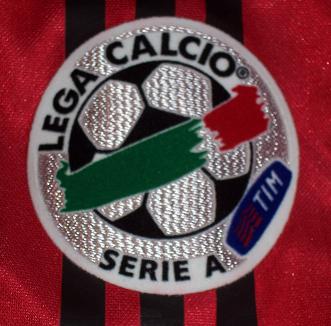 Who knows when was the last time AC Milan won Serie A?

Yes that was in 2004. After that AC Milan only manage to win Champions League after getting revenge on Liverpool in Athene, 2007. In the same year they won European Super cup and Club World Cup.

After those great years AC Milan is on his way to become just a normal Serie A club,not  the real contender for the title.

Why is that so?

Berlusconi and Galliani keep saying that AC Milan is in finance crisis and they can't no longer buy expensive players.A lot of people actually don't understand how did this happened when AC Milan won Champions League in 2007!

For the new season AC Milan only got Mario Yepes, Sokratis Papastathopoulos ( defenders) and goalkeeper Amelia. Also, they added couple of young talents from Inter,Crotone and Atalanta.

With this newcomers the current squad didn't get so much help. Coach Alegri will have one crazy job to do. One more crazy year for AC Milan fans!

AC Milan definetly doesn't have what it takes to win Serie A but miracles are pissible in football!

Udinese, Palermo, Roma, Catania, Lazio and again Udinese were the teams that  simply knocked AC Milan out from the cup.

AC Milan won Coppa Italia in 2003. After that, AC Milan didn't care that much about this competetion. For them it was just pointless to play this games and they were an easy opponent for everybody.

Hopefully in new season AC Milan will finally take Coppa Italia seriously and win it again because 7 years is too much!

What can we expect from Massimiliano Allegri? 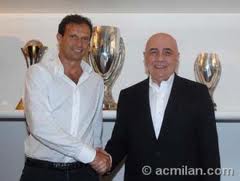 New coach Massimiliano Allegri is expected to bring something new in AC Milan style of the game.

He started his career in 2004 by coaching lower division team, Aglianese. That was just a warm up for this great tactician. The real job came when he became a coach of Serie A team, Cagliari. In Cagliari he proved to be great tactician who prefers attacking football.

After two good seasons in Cagliari, he received an offer from AC Milan and it was an offer he couldn't reject. On June 25th, Allegri was officially appointed as the new coach of AC Milan.

Vice president Galiani said that he expects top 3 finish in Serie A but the question everybody are asking : is Allegri the right guy?

Coach Allegri said: " There is a lot of work to do here at Milan" and we all know he is right.

The good thing is that Allegri has no illusions ahead of the new season!

Will AC Milan get new owners during the season? 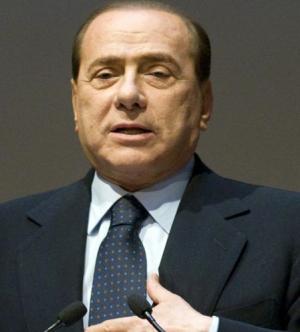 We all know Berlusconi talking about, how he spended too much money for AC Milan in the past and that he is no willing to give money for new players.

All this talking gave media to speculate who might take control in AC Milan.

There was a lot  of rich people that confirmed their interest in buying this football giant but Mr.Berlusconi keeps  denying  everything.

AC Milan fans are desperate and they want new owners, but the problem is how can we get rid of Berlusconi? Berlusconi still lives in the past when he keeps saying how AC Milan is the most successful club in the world....ENOUGH!

Mr Berlusconi thank you for everything you did for our beloved club but it is the time for you to leave this club to somebody else because you are ruining us!

Hopefully for all our fans, during the season  there will be somebody who will convince Berlusconi that it is the right guy for AC Milan.

Will AC Milan finally going to put some young blood in the team?

This one of the most difficult questions.......

AC Milan is having big trust in old and experienced players but lately they didn't do anything. They are getting slower and they are loosing motivation.

They should start giving chances to young talents... I mean  in real Serie A games not just in Coppa Italia games or friendly matches!

On Emirates Cup we had a chance to watch promising talents:  Merkel,Strasser, Berretta and Verdi. Many football reporters said, that those young players deserve a chance in real matches not just friendly ones.

Those young promising talents should be promoted to first team!

Is Allegri going to give them a chance?

What can we expect from Derby della Madonnina?

Derby della Madonnina or Milan derby is one of the most followed derbies in the world. It is the only derby in Europe played by two teams which has been Champions League winners.

Last year AC Milan faced a disaster in both derbies.

But what we expect in the new season from this big derby? Can AC Milan finally beat Inter?

Inter and Milan didn't change a lot. So we expect to see similiar first team lineups once again. AC Milan are going to be very nervous during the game!

How far can AC Milan go in Champions League? 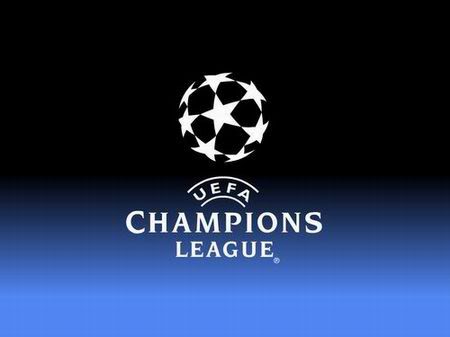 After failing to be part of Champions League in season, 2008-2009 they came back next season. The draw for group stage was really interesting. They got Real Madrid,Olimpique Marseille and Zurich.

The most memorable game was in Madrid when they manage to beat Real Madrid, 3-2. Despite this victory they finished on second place and progressed to the knockout phase. They got Manchester United and the history said that United never knocked AC Milan out of Europe! This time they did, after amazing show from Rooney they completely destroyed AC Milan with the simple message - you are old!

This year AC Milan got lucky thanks to their last few years good results in Europe, because during the draw they will be again in pot 1 which will bring them easy opponents. But once again they might get Real Madrid.

AC Milan will have to work hard if they want to go far in Champions League!

What lessons can Milan take from last season? 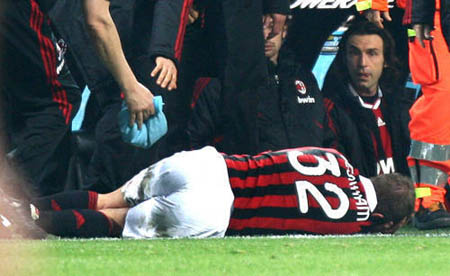 AC Milan should take a lot of lessons from the last season.

Last year coach Leonardo wanted Seville's forward Luis Fabiano but instead of him they bought Huntelaar who didn't even get the right chance!

Also AC Milan doesn't have adequate substitutes for great defender duo Thiago Silva - Nesta. Whenever Nesta is hurt players like Bonera,Khaladze can't step up to help that much because they are getting slower....It is time to promote some young blood from AC Milan academy and give them a chance because they will be motivated and  impress a lot of us.

AC Milan should be way more active during the transfer zone. The problem is that we read every day some reports how Dzeko,Honda,Ibrahimovic are being linked with AC Milan. The board doesn't do anything. New sponsor Fly Emirates should give us some good money for transfers!

Allegri should know how to motivate this "old" team to do well in every competition because we need to win new trophies!

Will Allegri survive this season on AC Milan bench?

What will happen with Allegri if results are not going to be good at the beginning of the season?

Does the board have  trust in Allegri?

Allegri will have to bring good results to AC Milan if he want's to stay on the bench.

Hopefully Allegri is ready for his biggest mission in his career!

What would be a reasonable place to expect for AC Milan in the Serie A?

Without any major signing, AC Milan will have to do very hard work if they want to win the champions league spot. Realistically, the reasonable place for AC Milan would be somewhere around 4-6 place.

Inter is the best, no doubt about that. They have finance power and they can still bring new players for big money.

Juventus with a lot of changes might be back on the right track after a terrible season which saw them finishing on 7th place. They are one of the favorites.

Roma plays really well under Claudio  Ranieri command. They are also one of the favorites! They have good chances!

Others: Genoa,Fiorentina,Sampdoria,Palermo will try to get cl spot.

We just hope AC Milan will get some quality players which will give them bigger chances to compete for the title!