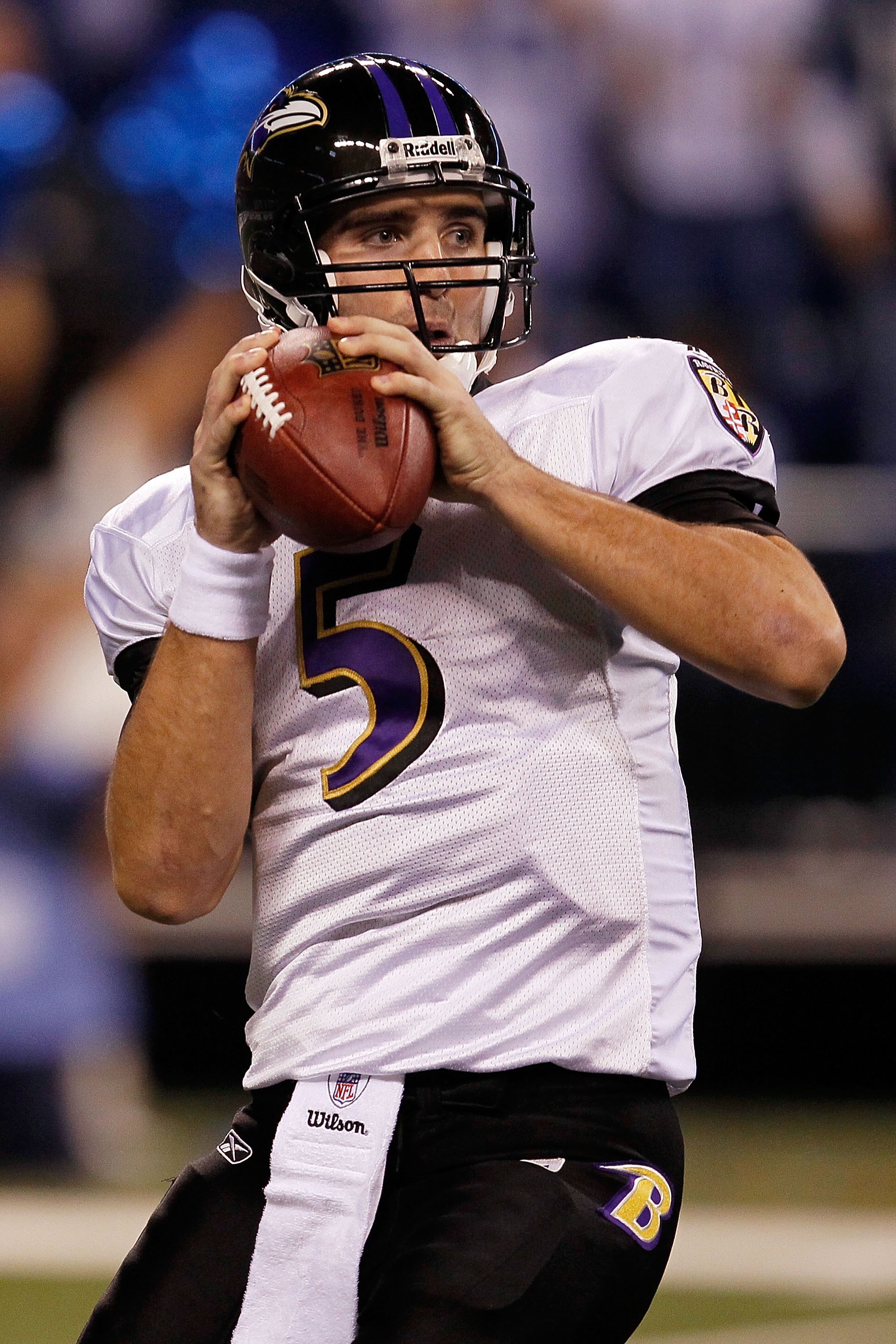 The 2010 NFL Season is just a month away. It's about that time when everyone starts thinking about fantasy football draft strategy, how their favorite team is looking in training camp, and who will win the Big Dance.

This is the first part of a 3-part series. These are 17 bold predictions that are surely to happen. 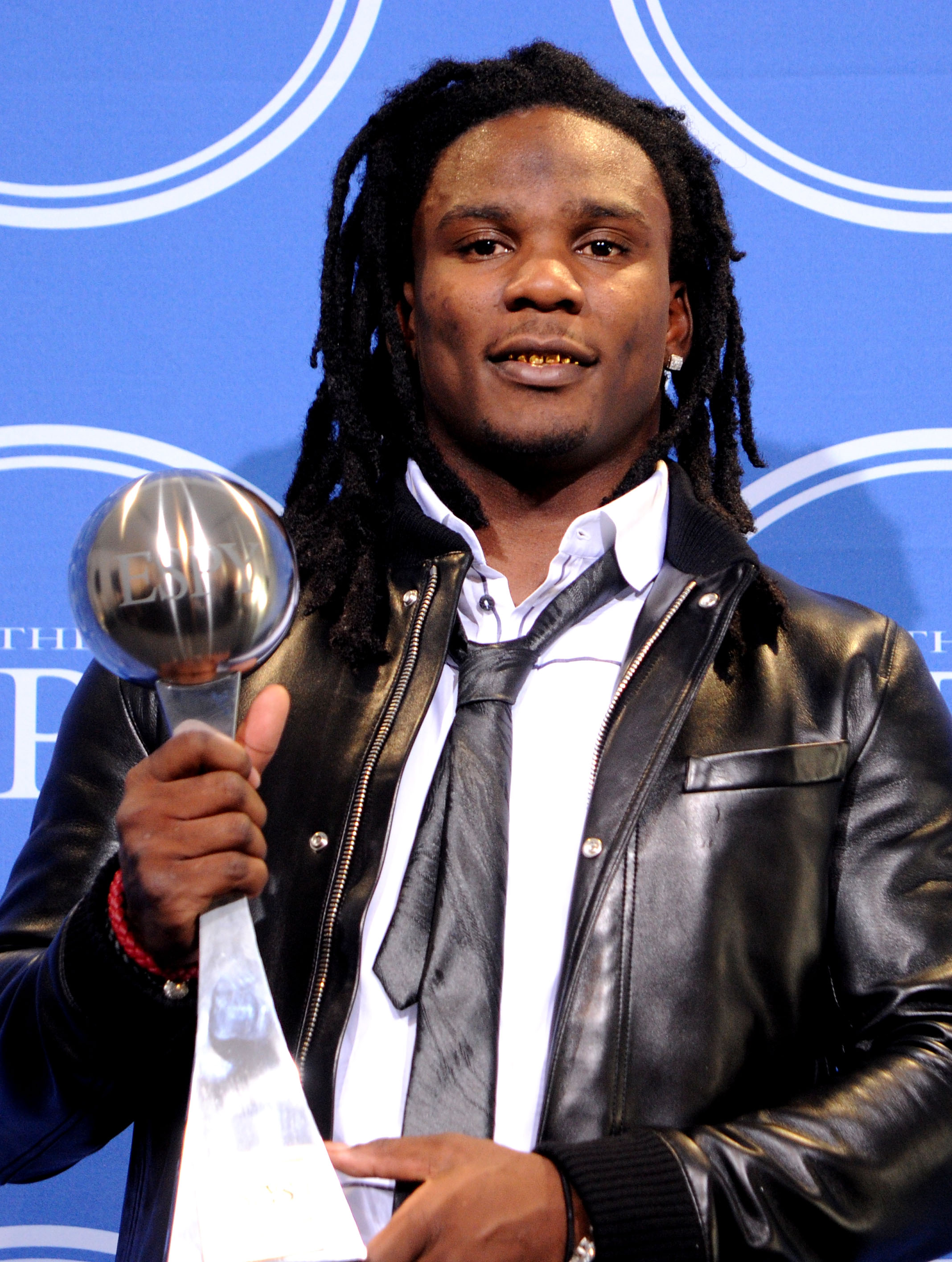 CJ2K had over 400 carries last season, and you have to think the Titans don't want to risk an injury to the top running back in the league. Expect more from Vince Young and the passing game. A good comparison for 2010 Chris Johnson is 2009 Michael Turner. 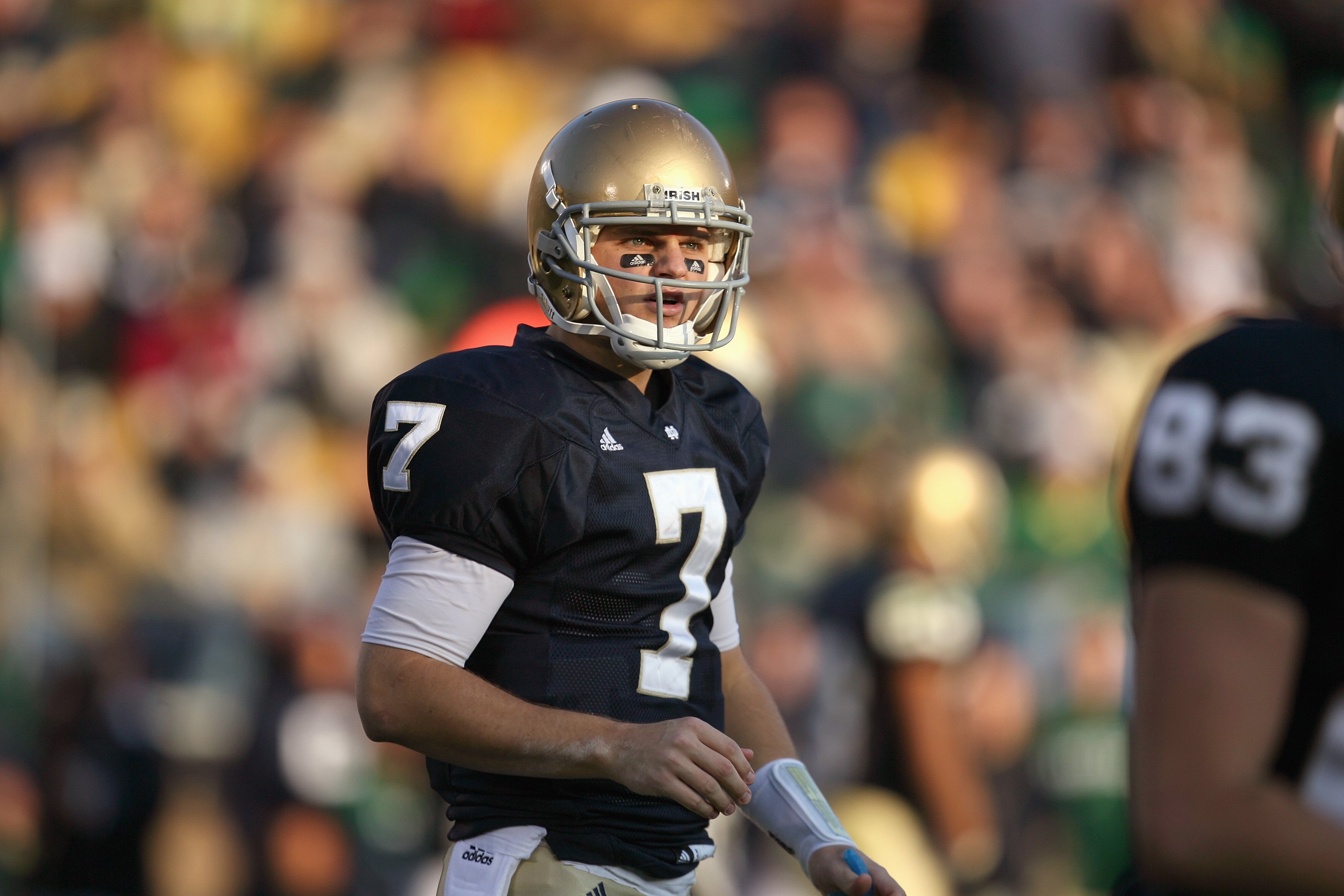 Matt Moore should start over Jimmy Clausen. He quietly put up gaudy numbers in the final month of the season. Moore threw no interceptions while getting his receivers into the endzone 8 times. Clausen may be the most ready rookie quarterback, but Moore earned his shot. I see Moore putting up similar numbers to Matt Cassel's season as a starter in New England. 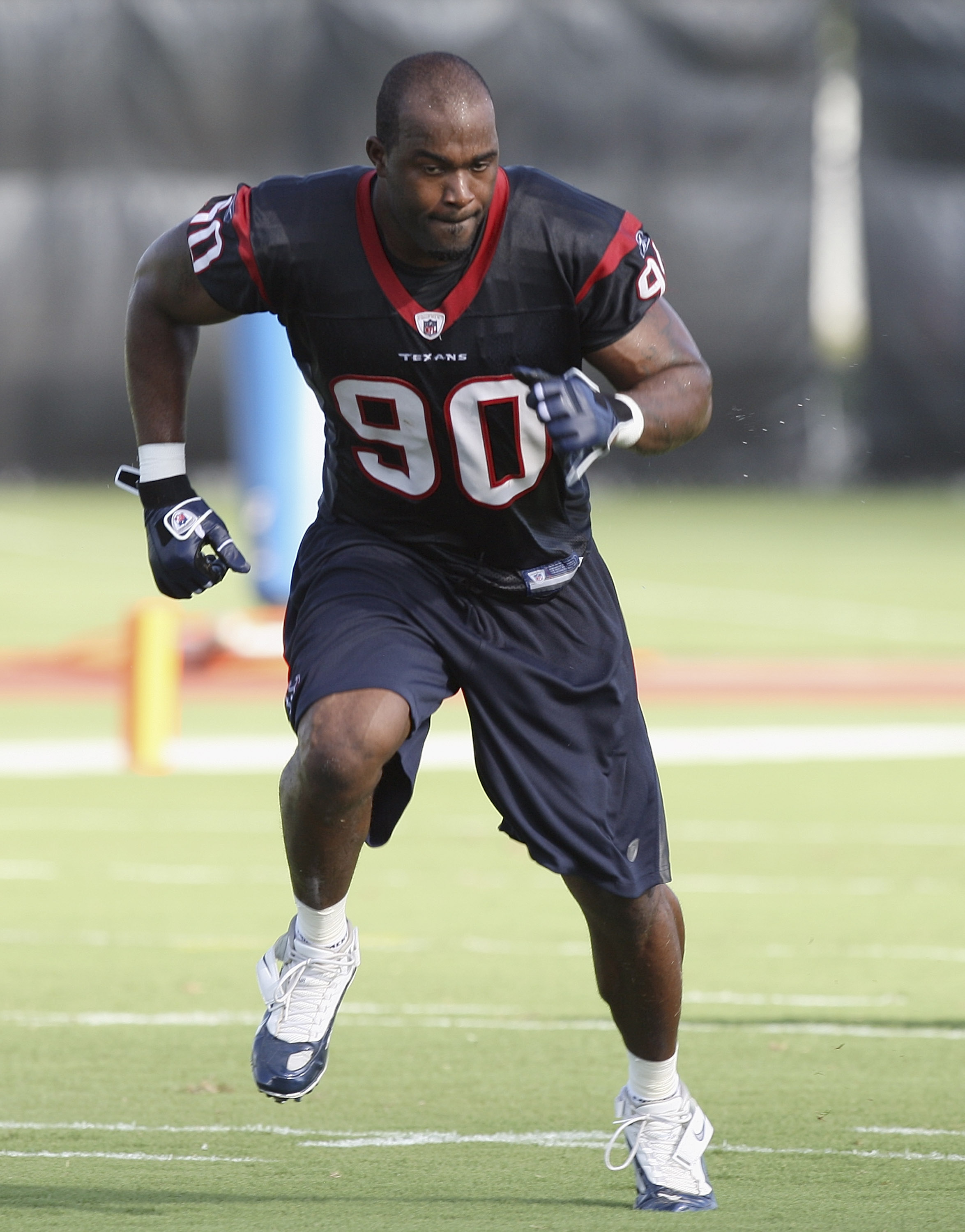 The former first overall pick has been an elite defensive end for the last 3 seasons. Expect him to lead the NFL in sacks with Elvis Dumervil presumably out for the season.

Michael Turner Proves That 2008 Was No Fluke 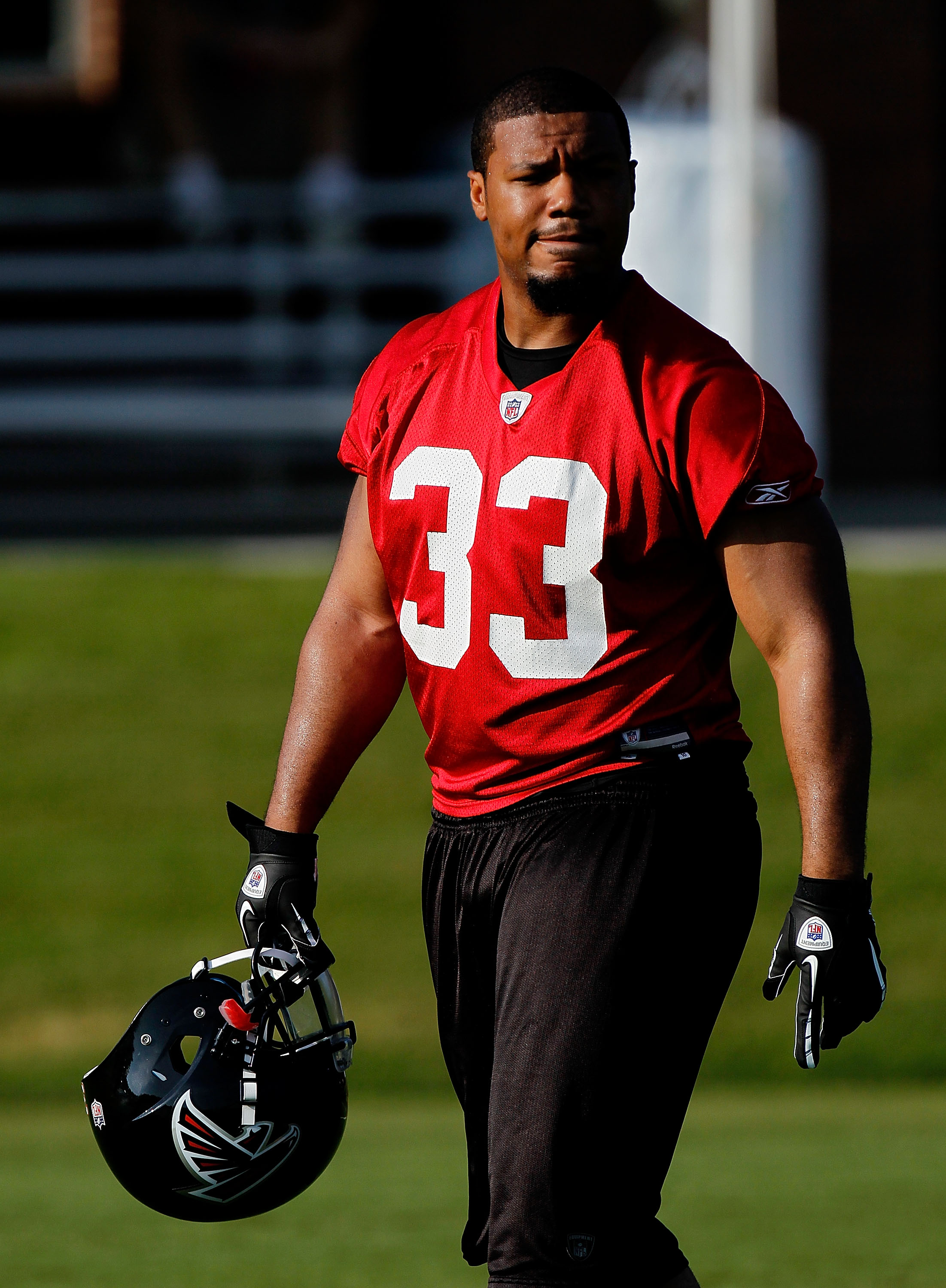 The Falcons clearly overused Turner in 2008. He led the NFL in carries two seasons ago, which caused many fans to be worried that their star was not going to hold up if all those carries continued. He missed 5 games last year, and I expect him to be 100% entering this season. Turner will go back to 1000+ yards, 12+ TD.

Donald Brown Takes Over As The Starting Back In Indy 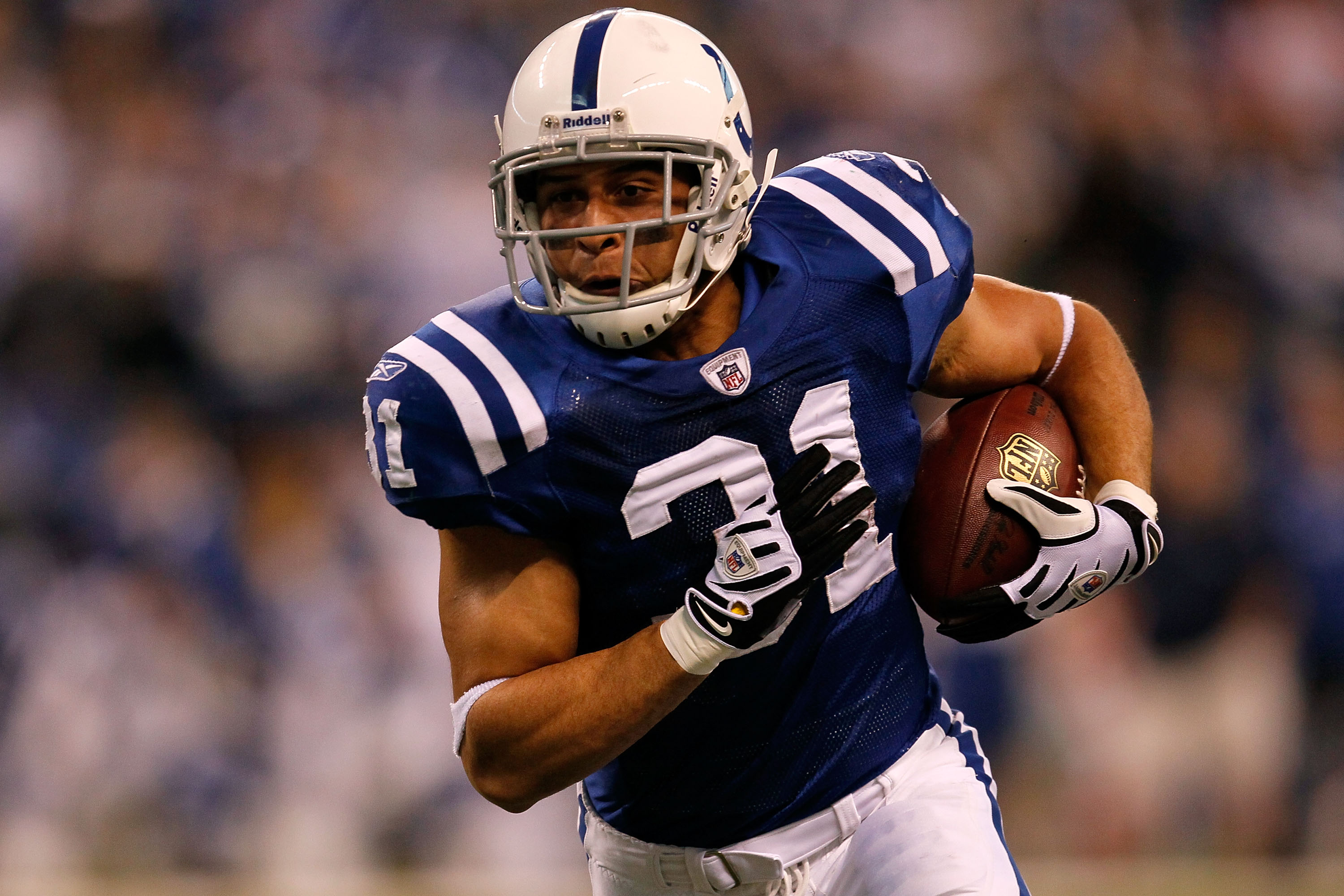 Joseph Addai  had his chance, and never proved himself as an elite back. The Colts drafted Donald Brown because they plan on eventually replacing Addai. Brown will show that he is the better back by season's end, and the team will notice. Donald Brown will be a starter in the playoffs.

Kellen Winslow Has A Career Year 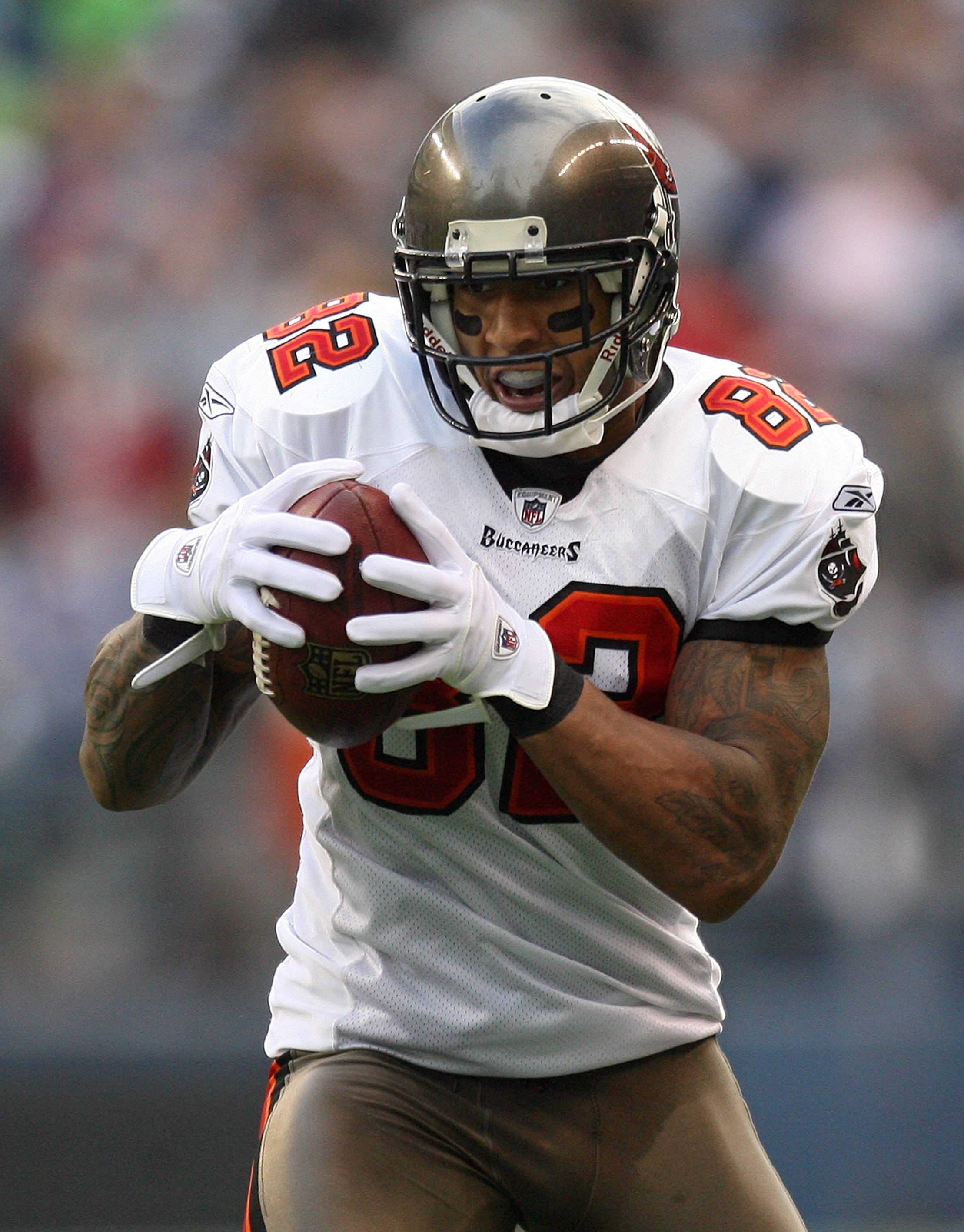 Antonio Bryant's departure will get Winslow more looks this season. Winslow will have career highs in yards and receptions. Unfortunately, I don't think there is anything that Winslow can do to help the Bucs get into the playoffs. 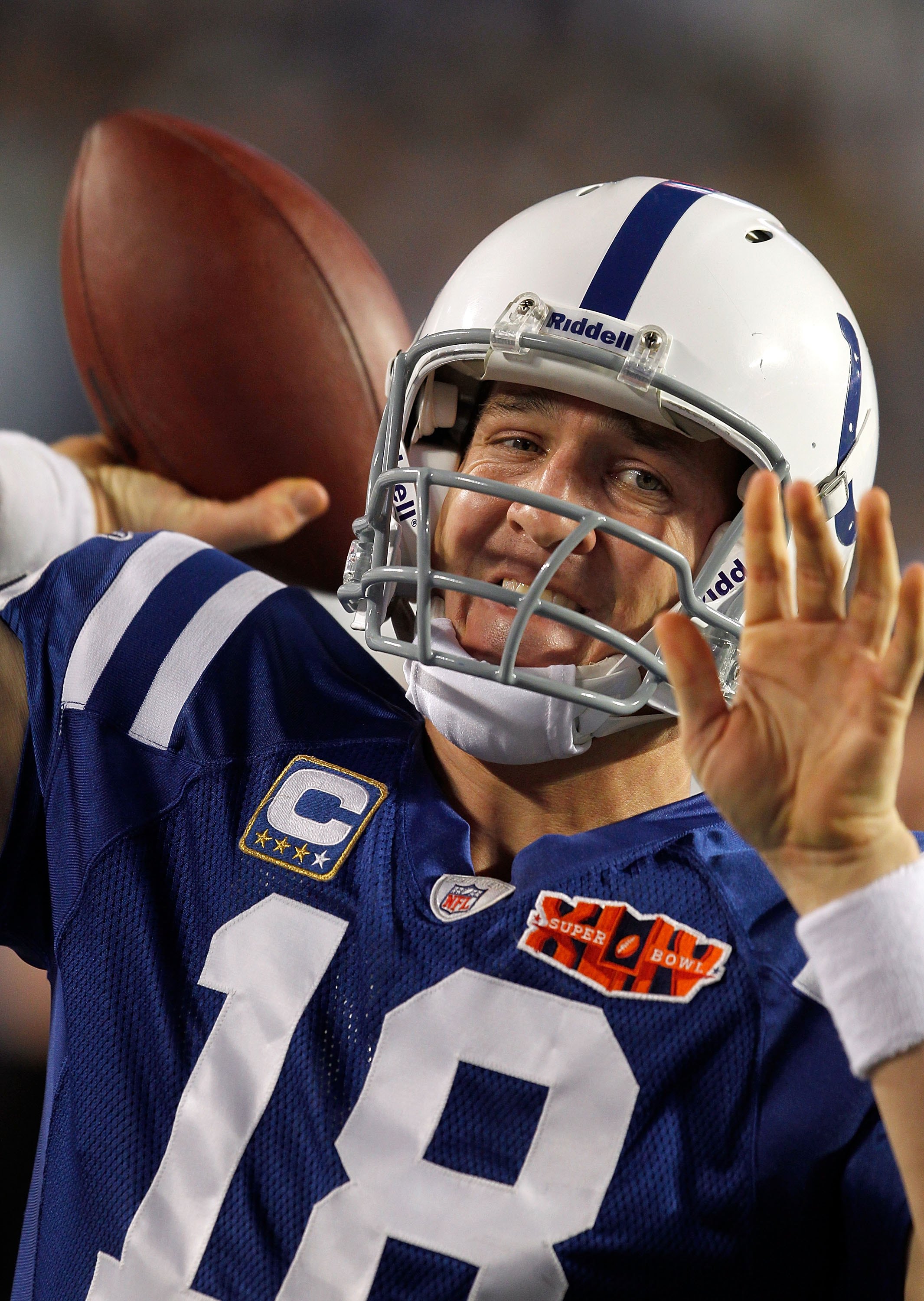 Aaron Rodgers and Drew Brees are the sexy picks. Tom Brady would have been a good choice too, if he hadn't lost a full season in 2008. Peyton's arsenal has gotten even better with Anthony Gonzalez healthy. Manning is going to have his best season yet.

The Saints Fail To Win A Playoff Game 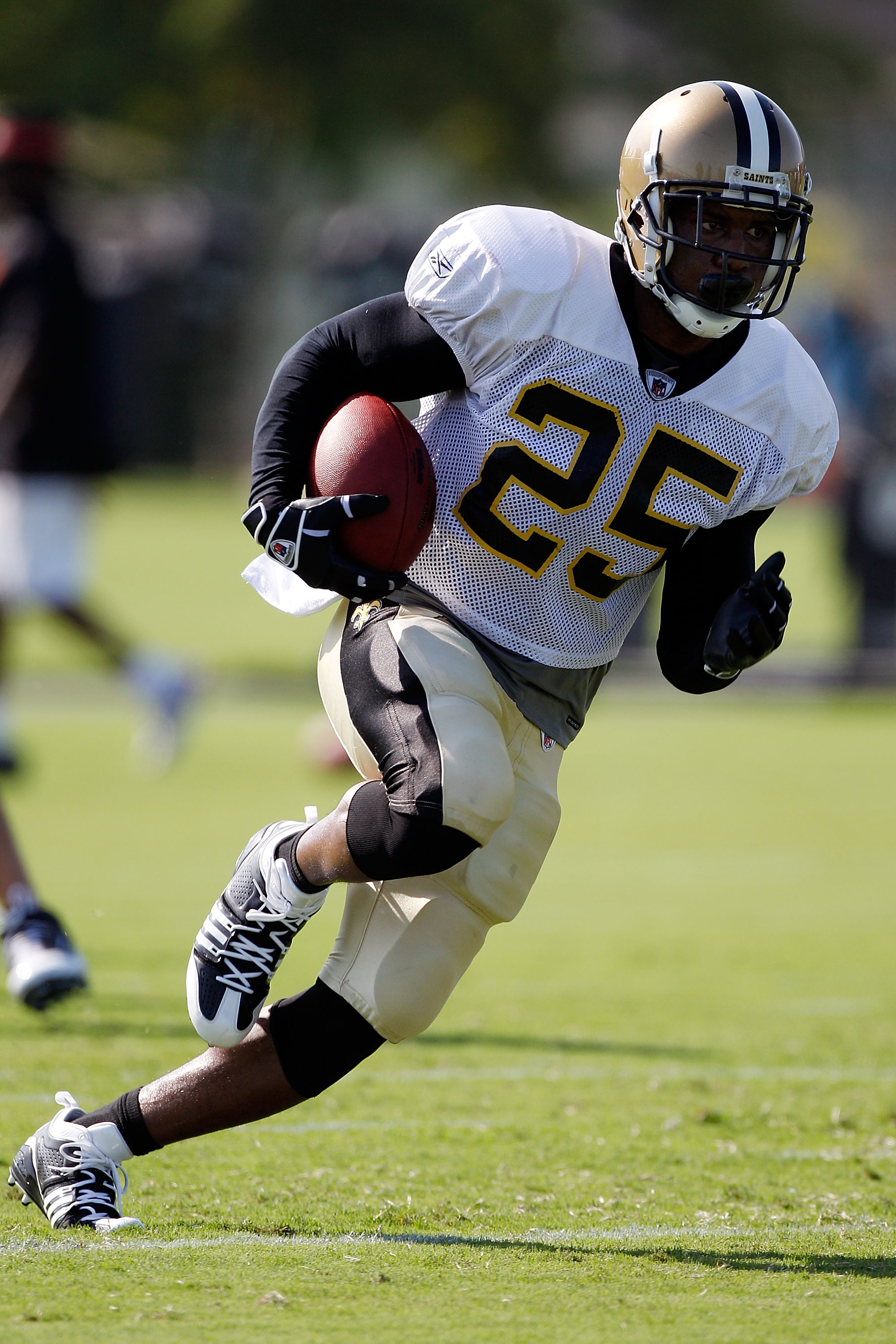 This is not me hatin' on the Saints. I do believe they will win the NFC South, and they will be win at least 12 games during the regular season.

While the Packers, Cowboys, and 49ers improved, the Saints got worse. They lost many key players to free agency, and did not improve a whole ton through the draft. The Saints had a good run last year, but it's going to be someone else's turn this season.

With a new quarterback in town, the city of Oakland is excited about their football team again. Jason Campbell had a rough time in Washington, partly because of the constant coaching changes going on in DC. He will settle down, and be more confident in the system he plays in.

Oakland has one of, if not the best cornerback in the league in Nnamdi Asomugha. Darren McFadden and Michael Bush may be better than people previously thought. I see the Raiders winning both games against the Chiefs and Broncos, so seeing them win 8 games isn't far-fetched. 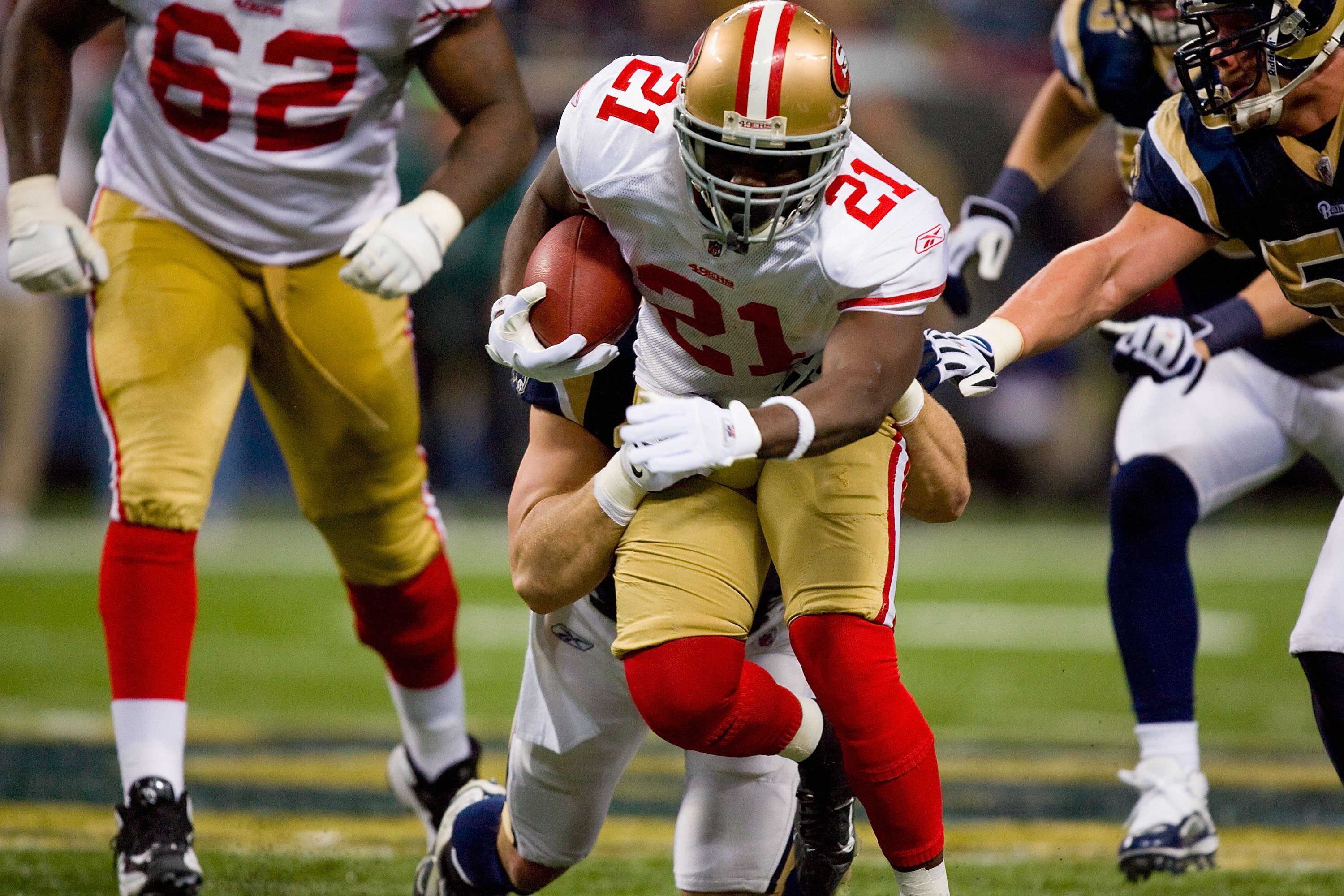 Frank Gore has evolved into an elite NFL running back. The 49ers added two big blockers in the first round of this years draft, which will plug holes in a very porous O-Line. Gore will not only rush for more yards, but gain more yardage through the air as well.

Tim Tebow Gets A Start... And Wins

Kyle Orton and Brady Quinn are not exactly what you would call elite NFL quarterbacks. When the Broncos start to struggle (the absence of Elvis Dumervil and Brandon Marshall will hurt even more than people think), the Broncos will do anything to turn their season around.

How will they do that? They will turn to a rookie quarterback, selected in the first round out of Florida. That's right, Tim Tebow will get a start. I bet he wins it, because there is no way a guy like Tebow will lose under pressure.

There are no other legitimate aerial threats in Seattle now that Nate Burleson has gone to Detroit (calling Burleson a threat is a huge stretch.) Tate will get tons of balls thrown his way this season. Tate won't have huge numbers just because of the team he plays for. He is a beast, and being in Seattle just pads his stats. Tate will be the Gold in Seattle, and a fan favorite for years. 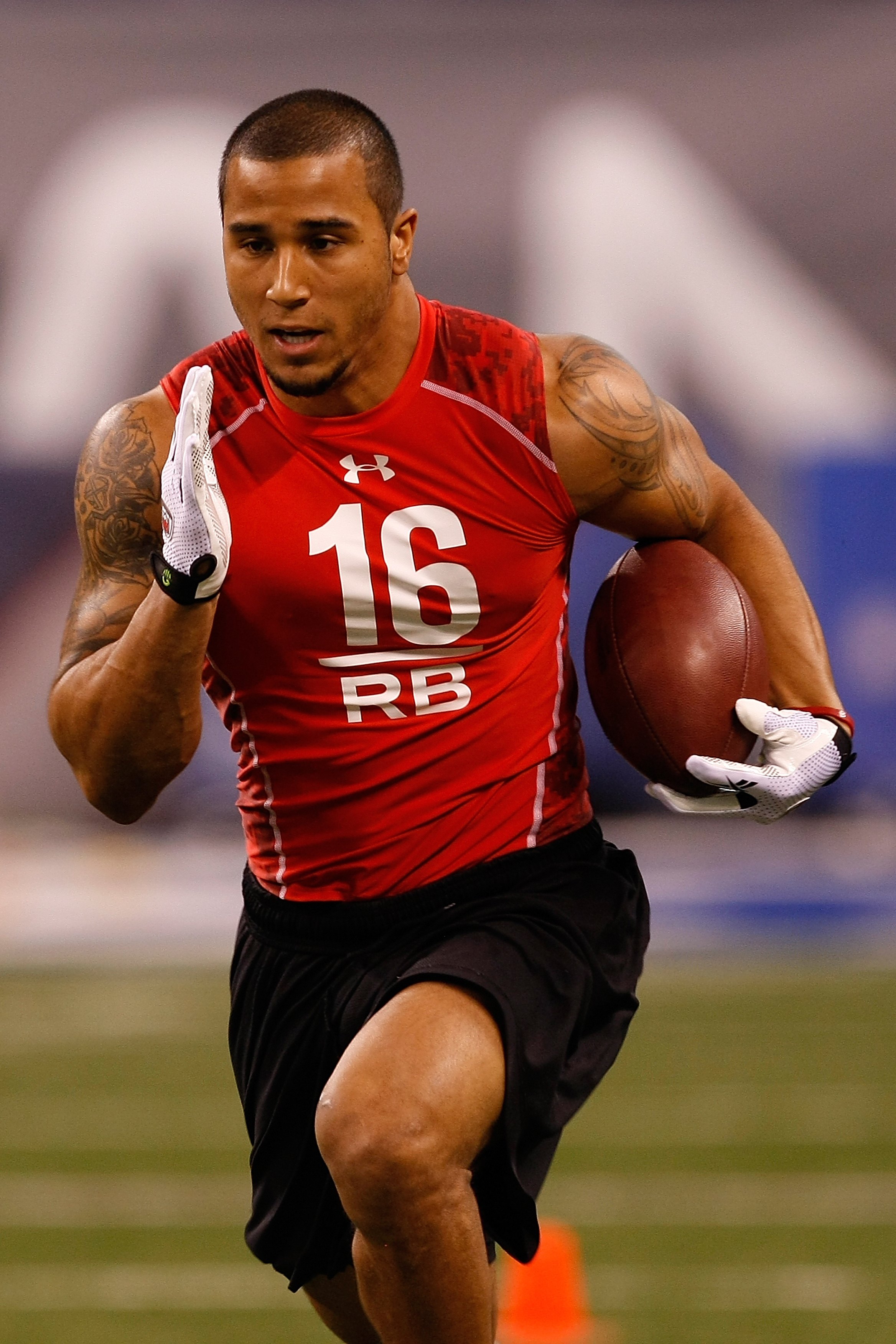 Ryan Mathews comes from a small school, but so what? LT came from TCU, which is not exactly a huge program. I know TCU is a very good program, but some people doubted LT because of the teams he played in college. Tomlinson has had the last laugh.

Mathews will make upset Chargers fans feel a little bit better by the end of this season. 1000 rushing yards always makes the sting go away. 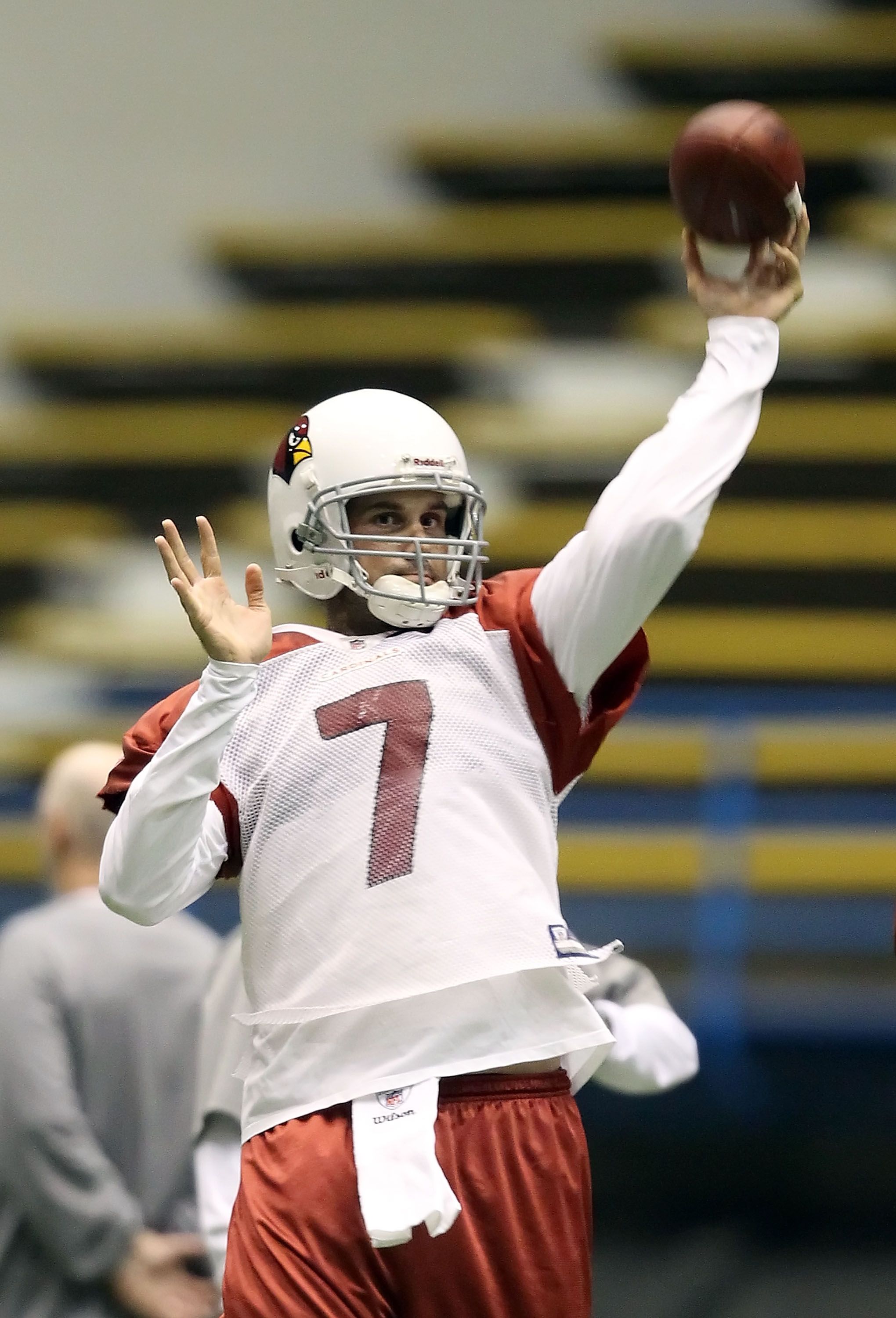 Leinart just isn't a good NFL quarterback. He hasn't proven himself by having one great single game, let alone showing consistency. The loss of Anquan Boldin doesn't help, either. A career 70.8 QB rating is a huge dropoff from Kurt Warner, who led the team to a Superbowl just two seasons ago. Expect no more than 6 wins from the Redbirds this season.

Darren McFadden Breaks Out; Is The NFL's Most Improved Player 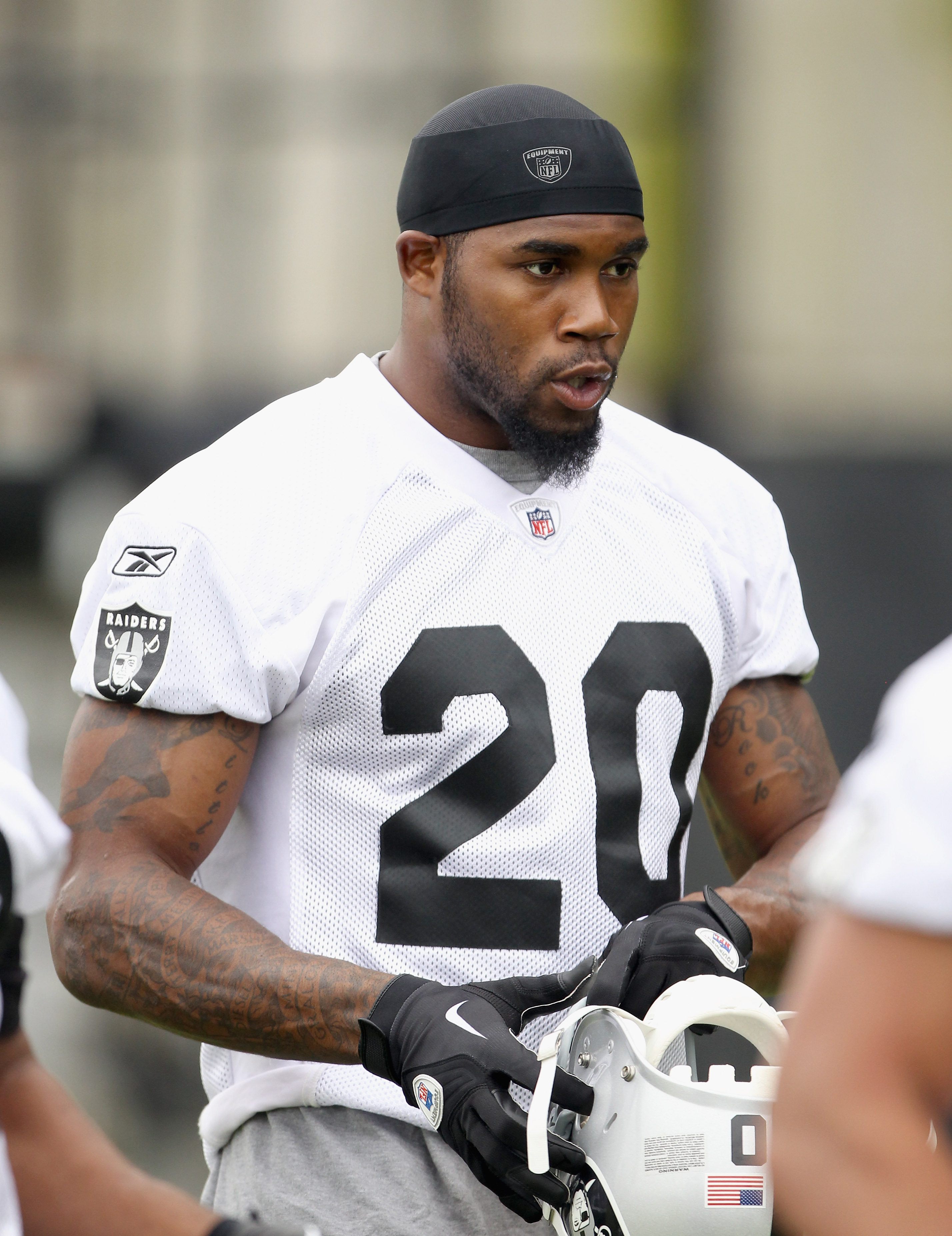 Darren McFadden isn't a bad player. He has just been stuck with the worst starting quarterback in the league for the past two seasons, along with being the second string back. Now that both of those things have changed, McFadden will have a lot more touches. He averaged 4.4 yards per carry as a rookie, which ranked 3rd among rookies (behind Tashard Choice and Steve Slaton.)

I'm not saying he's the next Adrian Peterson. 900 rushing yards and 7 touchdowns shouldn't be out of reach, though.

If the Chiefs use the young McCluster as a slot wide receiver, he will be an absolute fantasy monster, expecially in PPR leagues. Current Chiefs quarterback Matt Cassel loved throwing to slot wideout Wes Welker. Welker was second in receptions in 2008 with Cassel as QB. Expect McCluster to be at least as good as Welker was in '08.

Patrick Willis Leads The NFL In Tackles, Aaron Curry Is A Close Second 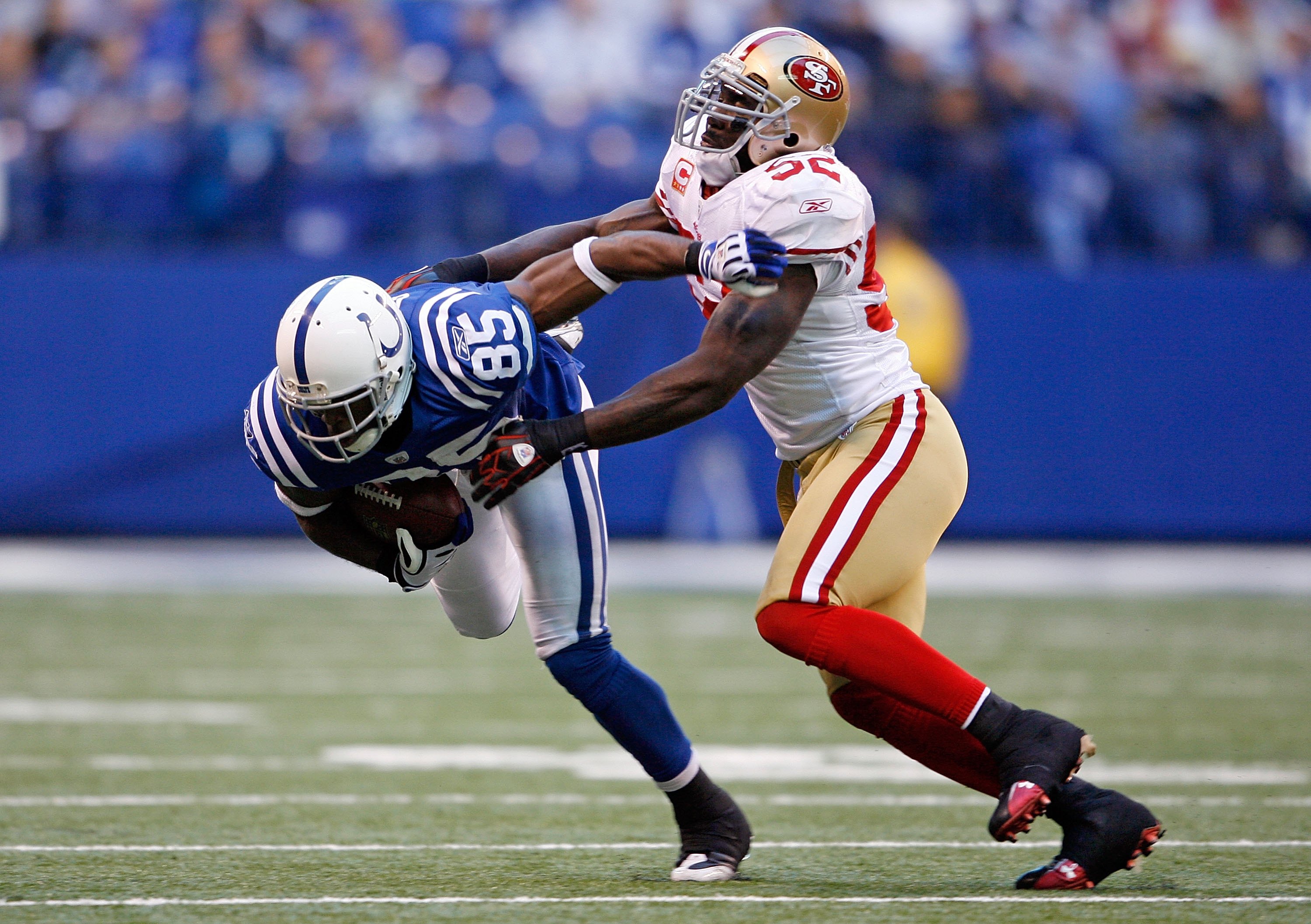 In 2007, Patrick Willis led the NFL in total tackles, with 174. 2007 was his rookie season. He leads the league over the last three seasons with 467 total tackles. He is pretty much a given to lead the league again this season.

Aaron Curry was one of my favorite players in the 2009 draft. He underperformed last season, but I see him being right up there with Patrick Willis and Jon Beason as a tackle leader.