The season that just keeps kicking gave Liverpool and its many fans the worst news imaginable after reports emerged that the club have sunk deeper into debt. Yesterday's financial report from Kop Holdings revealed a record loss of £54.9 million over the course of the last season, meaning that the club's total debt now stands at £472.5 million.

Accounts for the club's holding company for the year ending in July 2009 show rising interest payments of £40 million over the last year, wages breaking the £100 million range for the first time and a record loss of £54.9 million.

At the end of last season, after a record profit of £10 million, Liverpool's debt stood at £350m. Urgent negotiations with RBS and a refinancing of the loan reduced the deficit to £237 million, and the British Government-owned bank are now expected to come back and seek their money.

£233 million of the debt is owed to RBS and Wachovia, while another £144.4 million is owed to Hicks and Gillett's parent company, Kop Cayman.

At the end of last season KPMG had warned Kop Football Ltd. of the "material uncertainty" of their product. In other words, should Liverpool fail to bring the EPL trophy or the Champions League trophy home in the 2009/10, then the debt would increase substantially, as there would not be any monies available to pay off their debt.

With the current findings we can see that that is exactly what has happened to the once great club.

Liverpool have until the start of October to pay RBS and Wachovia their debt, or at the least a very large portion of the debt through player sales, which looks increasingly like the only way out of the mire. Already ahead of the curve, the EPL and UEFA summoned new Chairman Martin Broughton to their headquarters to discuss Liverpool's participation in their respective tournaments next year.

Their greatest fear is that the now Government-owned bank will have nowhere near the same level of sympathy for the club that they had last year. RBS restructured their core business after the EU allowed the company to redesign itself after the biggest taxpayer bail out in Europe during the financial crisis, some £100 billion. As a result of the restructuring RBS are expected to shed 20,000 from their world wide work force.

The EU’s top competition enforcer, Neelie Kroes, warned that if the bank failed to meet 2013 targets to restore healthy balance sheet then the EU would be forced to take action upon the bank.

The fact that the goalposts have now shifted for RBS means that the bank will almost definitely come looking for Liverpool to repay their debt. There is no sympathy for football clubs who spend beyond their means in the current climate, and Liverpool will do well to garner support from political parties because their debt is essentially taxpayer money.

One option is that the banks could take over the club from Hicks and Gillet and force the sale to finance their debt but that route remains unclear as the American owners would surely try to drag the issue through the courts.

Broughton has been quick to talk of the proposed £81 million four year sponsorship deal with Standard Charter and how it will help to reduce the debt. However, it would now seem that the level of sponsorship depends upon Liverpool's success during that period.

One theory on Broughton's role that has begun to surface is that his appointment to the role of Chairman is only window dressing to appease RBS, to make it look as if the club are actively looking to reduce their debts but are in actual fact treading water with no serious buyers on the horizon.

This would seem to go with the EPL's recent talks with Broughton about their commitment to meet every fixture next season.

"I expect to be chairman until we sell, so a matter of months,” Broughton said. “There’s no fixed price, there’s no agreed price—it’s a willing buyer, willing seller trade. We have willing sellers and there are willing buyers out there—that will determine the price," which all sounds a little bit desperate.

With the club now losing £110,000 a day it looks as if Broughton, RBS, and the UK Government will have much to discuss over the next two months.

To make the debt look more servicable Royal Bank of Scotland and Wachovia have forced Tom Hicks and George Gillett Jr. to move Liverpool’s borrowings away from them and on to Hicks' Cayman Islands-listed parent company, Kop Cayman.

Many fans rejoiced last year when Liverpool appeared to reduce their bank loan from £350 million to £290 million, but that turned out to be financial slight of hand and was only because their offshore parent company increased its loan to the club by £86.2 million to £144.4 million. That loan, on which Liverpool has to pay 10 percent interest, is likely to have increased over the last 12 months, explaining these new devastating figures.

Only this week Rafael Benitez eventually agreed to meet Martin Broughton about the Spaniard's future at the club. There has been a huge amount of speculation about his future role at the club, with stories emanating from Italy every day with new links to Juventus.

Benitez has played a political chess game with Hicks and Gillett in the corridors of power at Anfield, and he has become part of the fabric at the club with his people in virtually every position of power regarding the football side of the club.

During his six years at the club he has spent some £210 million on 49 players, whilst bringing in some £125 million for 80 players.

With the news that Rafa is now saying he needs at least six new players to challenge for fourth, it would seem that Rafa has spent quite poorly over his time in charge. To say he needs six players for a decent team after six years in charge is nothing short of Benitez admitting wasting Liverpool's money.

The biggest rise, however, has come in the wages bracket at the club, where Benitez has almost doubled the club's wage bill since taking over.

For the second year running KPMG have given a brutal audit on all that is wrong with Liverpool FC, citing "material uncertainty" yet again.

"These conditions indicate the existence of a material uncertainty which may cast doubt on the parent company's ability to continue as a going concern," it said.

Liverpool are on the verge of becoming the next Leeds or Newcastle; the EPL think so, UEFA think so, and KPMG know so. The next two months are vital for the club.

Challenging for the title is gone, keeping Benitez at the club looks less and less likely every day, Fernando Torres has intimated that he wants to leave English football, and Steven Gerrard has just endured his worst ever season in a red shirt.

Liverpool will not earn Champions League money next season, they will not challenge for the league title, their best players could leave, and their manager could go to Italy.

Next year couldn't be any worse than this one, could it?

This article was also published on Premier League Report

Villa and ex-Liverpool keeper explains his experience of Coronavirus

If Juventus are prepared to sell, Man Utd will lead the chase

Where Could Ronaldo End Up If He Leaves Juve?

Marca says it's Man Utd or PSG for the Portuguese icon 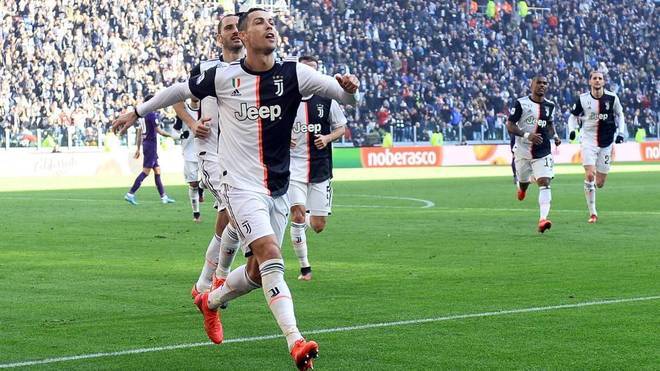 Where Could Ronaldo End Up If He Leaves Juve?