In Bryan Colangelo’s end-of-season address to the media (and indirectly to the fans) he said something most of us were not used to hearing.

The Toronto Raptors had two scenarios for next season in which they would spend $3 million and $7 million over the luxury tax cap.

Now, for a team that has played with staying just under the luxury tax line ever since escaping those disastrous contracts they signed in hopes of retaining Vince Carter, that was news.

Staying under the luxury tax line is very compelling to teams focused on making the most money with the least risk.

First teams save the dollar-for-dollar tax that is paid to the league for each dollar in salaries above the tax line.

Second your team is entitled to a share in the luxury tax monies received by the league from tax payers.

Counting the actual salary paid that puts the team into a tax situation, a small luxury tax move like the Raptors are describing can the impact on the team’s bottom line by three times the tax paid (approximately).

This is not a decision that MLSE and the Raptors would entertain lightly.

Unfortunately, most of the contending teams in this year’s playoffs did not just stick a toe into the luxury tax pool, they are in up to their waist. The expected luxury tax payments for some of this season's heavyweights are approximately as follows:

The Spurs, Nuggets, Suns, and Jazz are all paying as well. Just not so much.

(David Stern’s comments about the NBA’s dire financial situation and the need for players to take less seem just a little self-serving.)

Thus the comments from Chris Bosh in his end-of-season media session where he noted (finally noticed?) that the contending teams in the playoffs all spent money to get there.

And of course its true. Going deep into luxury tax territory means your team has extra talent on its bench. Having two or three additional players earning $5 to $10 million means if and when injury strikes (or foul trouble) the next guy off the bench is pretty good. Or that bad contract you signed last year doesn’t matter.

But what does spending $3 to $7 million over the tax line mean to the Toronto Raptors for next season?

It has been reported that the NBA salary cap will be about $56 million next season and the resulting luxury tax line will fall in around $68 million. That’s about $2 million less than this past season.

Excluding Chris Bosh, the Toronto Raptors have about $46.3 million committed to salaries to nine players for next season. Hoopshype NBA salaries.

Free agents the team may wish to bring back include Chris Bosh, Amir Johnson, and Antoine Wright. Add in the new rookie with the thirteenth pick and that’s a thirteen man roster.

The new rookie is set to earn about $1.6 million.

Add in a minimum contract veteran like Nesterovic at $1 million.

That’s the $3 to $7 million over the luxury tax line without even picking up a free agent using the mid-level exception.

If that’s substantially the plan, Chris Bosh’s comments in his exit interview with the media make a lot of sense.

Bryan Colangelo liked the team he had put together for 2009-10 and this “re-make” would substantially keep it together. But it’s unlikely Bryan Colangelo gets through this off-season without some trades.

But there should be no mistaking what Bryan Colangelo’s comments about having scenarios where the team spends $3 to $7 million above the tax next season really means.

That’s a status quo level of spending. Under those scenarios, any improvement to the Raptors next season will likely be coming from the continued development of their existing players and trades.

At least the Raptors are not planning on getting worse next year!

(On a positive note: Some believe the team significantly under-performed due the coach’s learning curve, unfortunate circumstances and injuries. The same group of players would perform much better next season.) 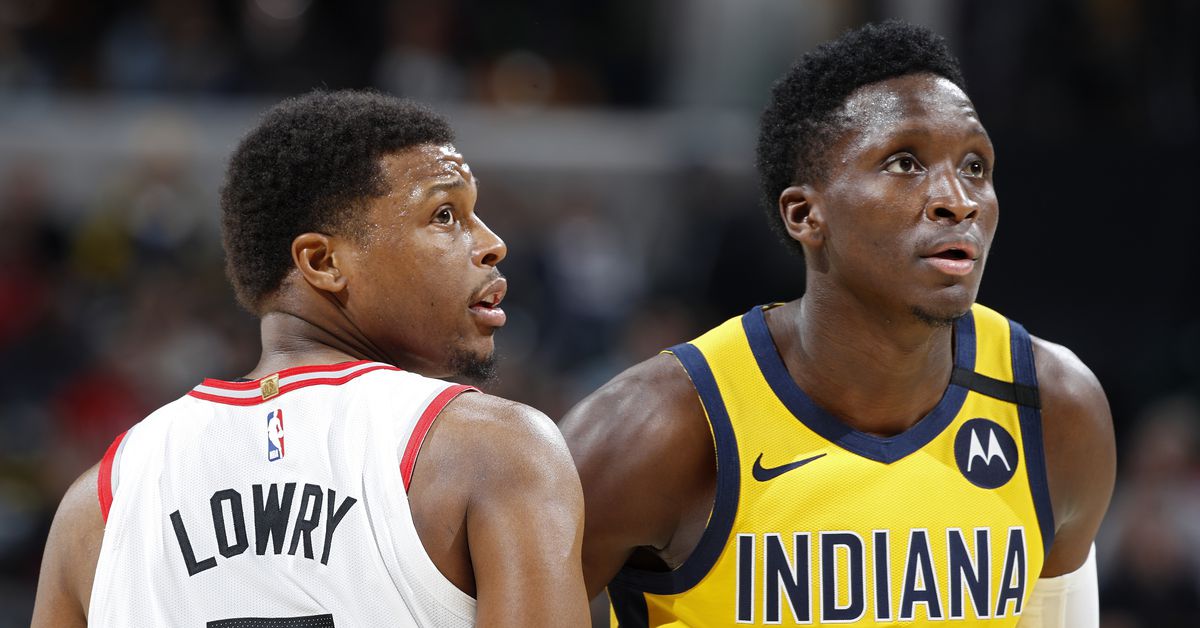