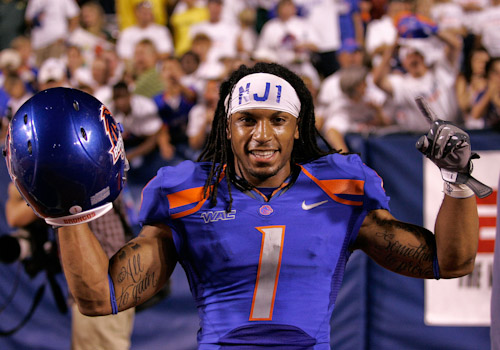 This is a top 10 countdown of college football uniforms worn in the 2009 season.

Understand that these uniforms are MY opinion, which is influenced by the fact that I do live in the Western part of the United States.

Don't expect to see boring "classic" uniforms like Penn State and Alabama. I like uniforms that stand out and make you stare. 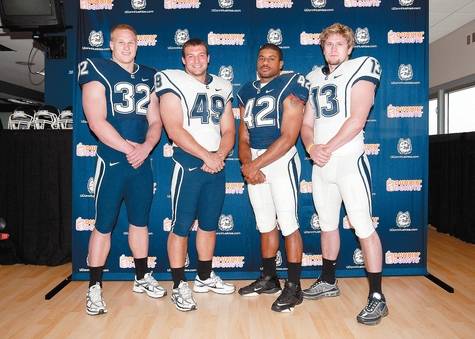 UConn has some very modern unis. However, the pant stripe very closely resembles Boise State's. Um, anything you wanna tell us Nike?

I like the piping that runs down the side of the jersey. The number font is also very modern. The all-white look is especially clean. 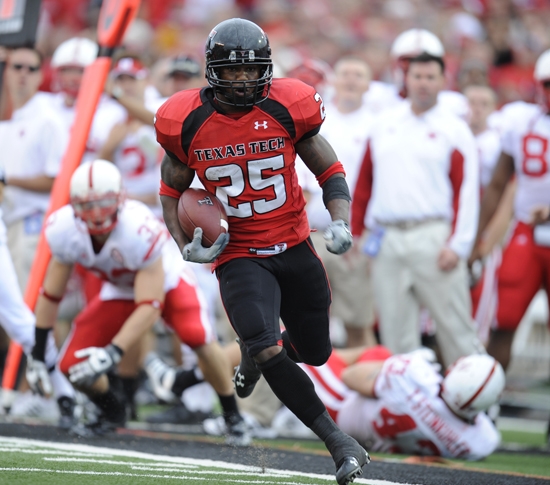 The Red Raiders have very "large" uniforms. From the numbers to the chest writing, everything is up front and check me out!

I am not too crazy about the white pants they sometimes use, but the all-black is definitely awesome. The collar horns, neck overcast, and pant piping make these uniforms unique to TTU. 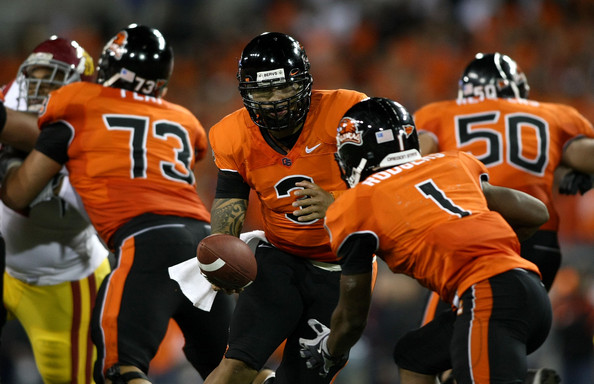 Oregon State has one of the best college football uniforms out there—it's a shame they never wear the orange jersey!

The white trim on the uniform really helps the numbers and details pop. Simple yet modern—I love it! (Well, at least the orange kind.) 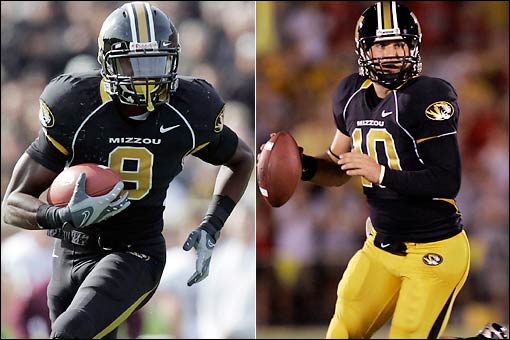 Mizzou's uniforms are great. The writing on the chest, the split side piping and sleeve end, the pure gold stripe down the middle of the helmet—it all just goes together!

The yellow pants and rare yellow jersey are even better than the all-black. Now all they need is a better team! 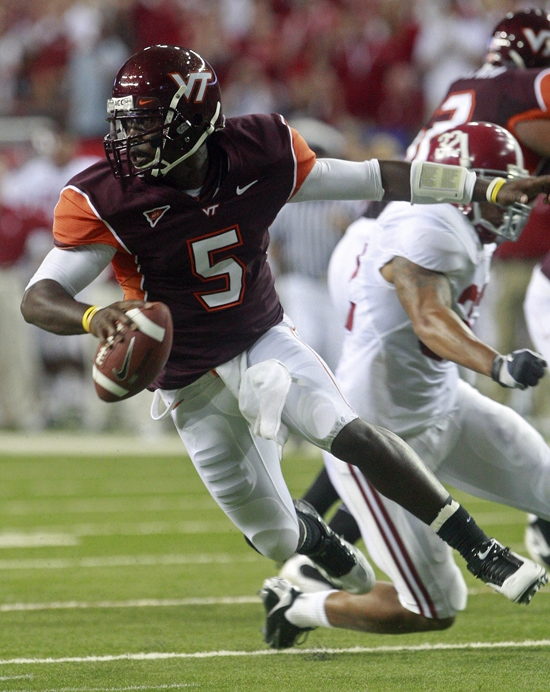 VT has some very...bright unis, but that is a good thing! They work with the colors they have, and they do it very well actually.

The orange really stands out for a football uniform, and the white pants add a little tradition to Tech's outfit. The number font is sharp and noticeable, and it complements the white logo on the helmet as well as the white Nike symbol. 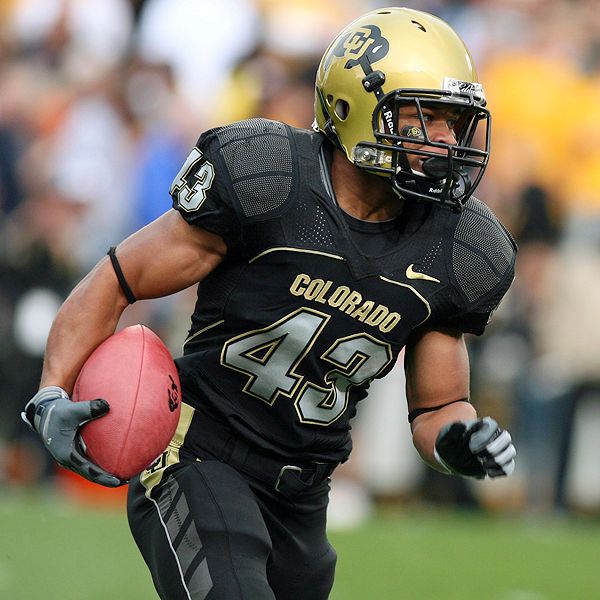 Colorado's uniforms are very futuristic in my mind. The ventilation on the upper chest and reinforced shoulder pad protection look like the future of college football. The gold helmet and gold trim make sure the gold and black school colors stay in order.

Gray is rarely used in football, and it adds to CU's future concept. 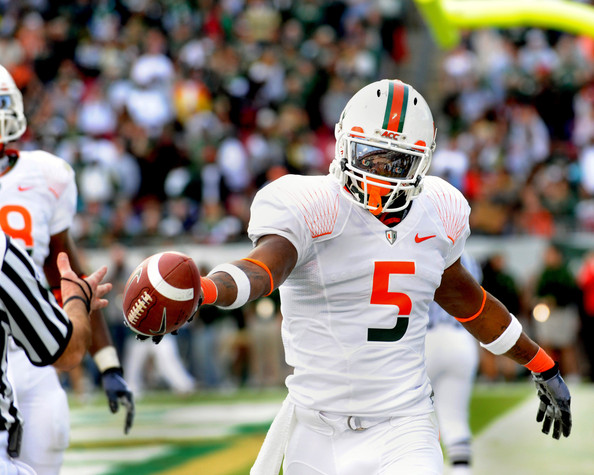 The Canes know how to make green and orange look really, really good. They don't add unnecessary piping like Miami uniforms of old, but they do add simple yet great-looking details that really make their unis stand out.

Nike's Pro Combat versions of Miami's uniforms are the best all-white uniforms hands down. The split number font is genius, and the orange on white combo is just amazzzing! 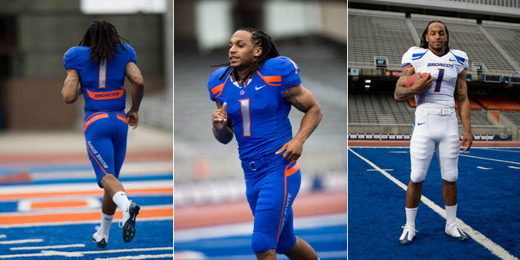 Boise State has gone from the underdog of 2007 to a college football powerhouse. Their uniforms are just as powerful.

The simple solid color for home and all-white for away is traditional yet modern. The gray touches are new for 2009, and they are easily the best uniforms BSU has ever had.

The orange pants they wore against TCU also pay tribute to the 2007 Fiesta Bowl team. 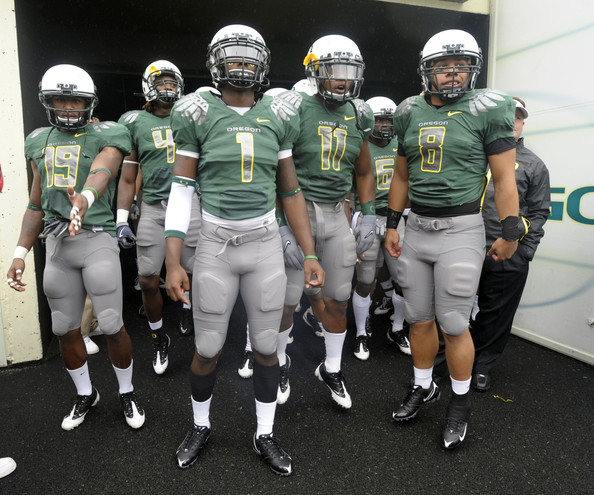 What can I say about the Oregon Ducks? They have style, money, and the loudest stadium in the country!

UO's unis are truly different, and Oregon amazes me every time they step out on the field. The carbon-fiber wings and numbers are just so cool and advanced.

Nike sure hooks up the Ducks when it's time to bring the noise in Eugene! 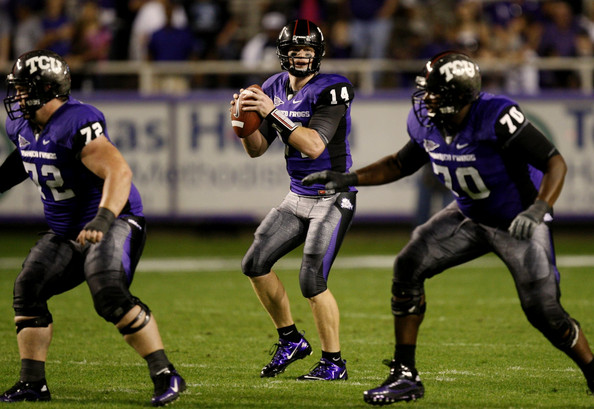