Miami Heat forward Derrick Jones Jr. was stretchered off the floor during his team's final regular-season game against the Indiana Pacers on Friday after suffering a neck injury.

Following MRI and CT scans, Jones was diagnosed with a neck strain. He will be reevaluated over the weekend.

ESPN's Tim Bontemps described the play that led to the injury and its aftermath:

Heat forward Derrick Jones Jr. got caught on a screen by Pacers center Goga Bitadze &amp; went down hard. He hasn’t gotten up in a few minutes. He’s being looked at by Miami’s medical staff, and a stretcher is being brought out to the court. Appeared to get hit in head/shoulder area.

Jones has now been carefully moved onto a stretcher. He was lying face down and, while he was moving his legs, never made any attempt to get up. It’s virtually silent inside of the arena here as he’s being tended to, with both teams surrounding him. https://t.co/LmkAEV3tjQ

Heat‘s Derrick Jones Jr being put on a stretcher here at the Miami-Indiana game. Hit the court hard and was holding his neck after. Has been down for several minutes. https://t.co/nRoXVYLJHN

Fox Sports Florida shared footage of the play, which showed Jones attempting to chase Doug McDermott around a screen:

Thoughts and prayers are with Derrick Jones Jr., who was wheeled off the court after a collision on a screen. https://t.co/WVzOOuZwX7

Well-wishes poured in for Jones via Twitter after the injury:

Prayers up for Derrick Jones Jr. 🙏

Really hope Derrick Jones Jr. is okay. Beyond just generally hating to see anyone get hurt, Jones is an unrestricted free agent this summer and is in line for a life-altering payday. Send some good thoughts his way.

Prayers up for Derrick Jones Jr. 🙏🏾

Jones, 23, is in his fourth NBA season and third with the Heat.

He has proved to be an integral part of Miami's rotation en route to the team earning its best winning percentage since 2013-14.

He has averaged 8.5 points and 3.9 rebounds in 59 games (16 starts) for Miami, which earned the Eastern Conference's No. 4 seed and will play the Pacers in the first round of the playoffs beginning Tuesday.

Jones also won the 2020 Slam Dunk Contest after an epic duel with the Orlando Magic's Aaron Gordon in February. 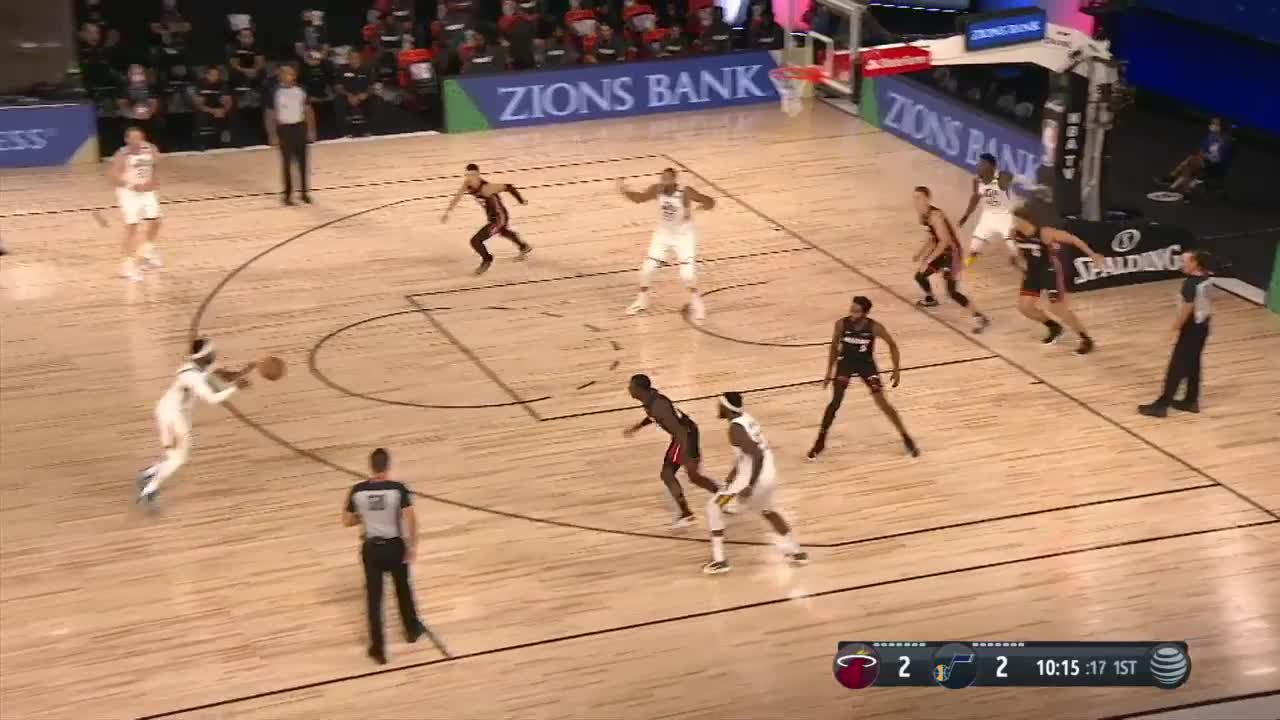