Life inside the NBA bubble is all about preparing for everything and adjusting on the fly.

Take Tuesday's six-game slate, for instance. The Brooklyn Nets' skeleton crew seemed likely to get steamrolled by the top-seeded Milwaukee Bucks, but the Nets got the last laugh with a three-point win. The Los Angeles Clippers looked like more than the Phoenix Suns could handle, but Devin Booker busted that myth by punctuating his 35-point night with a brilliant buzzer-beater:

Results like those are why we should all stay glued to our favorite device for a six-game Wednesday slate that seems a tad lopsided. But anything can happen inside the bubble, so these won't be games you want to miss.

We have everything you need to know about them below—including broadcast information and the latest lines from Vegas Insider—followed by our favorite daily fantasy plays. 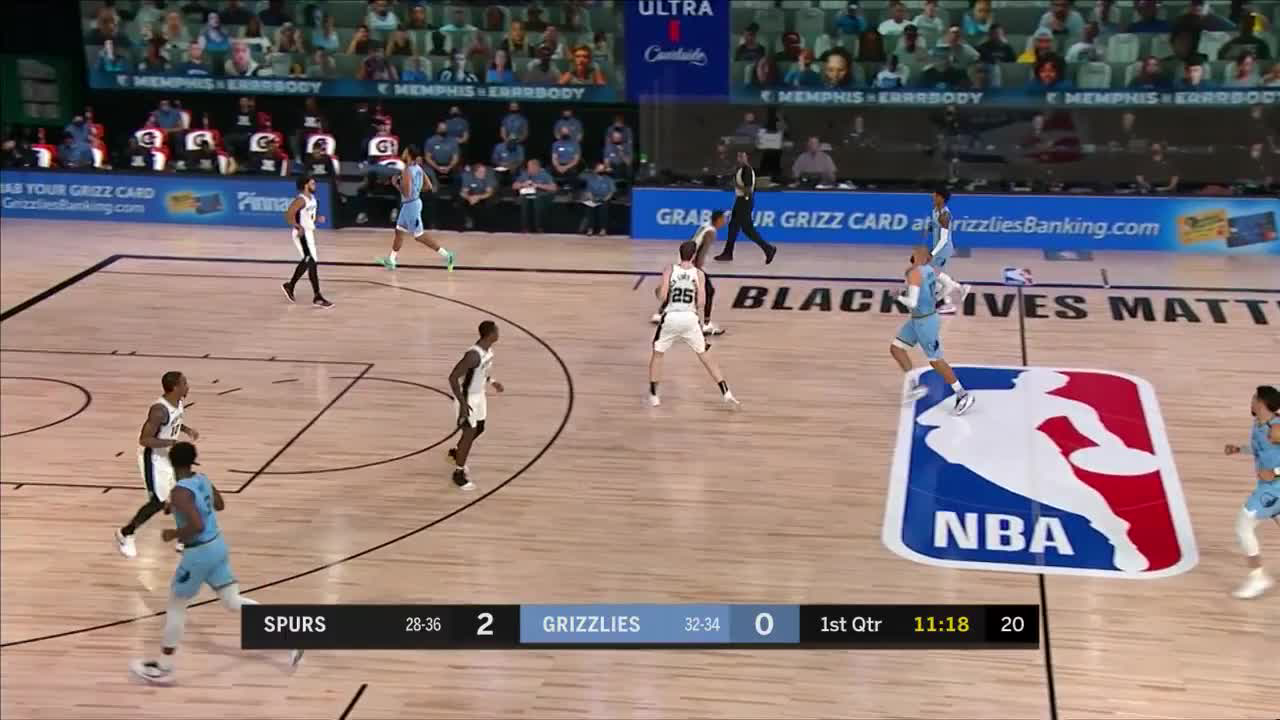 Since DeMar DeRozan prefers to operate inside the arc, you wouldn't think San Antonio moving to modernize its offense would have a great impact on him—or not a favorable one, at least.

But with LaMarcus Aldridge out of the equation, DeRozan has found more room to breathe and wider lanes to attack. And with San Antonio flooring the gas pedal (third-fastest pace inside the bubble), he has no shortage of opportunities.

The result has been one of the more impressive fantasy profiles in all of the Magic Kingdom. The 30-year-old opened with a 27-point, 10-assist double-double. He most recently delivered his first 30-point outing since late January.

"He's a superstar in this league," Ja Morant said of DeRozan, per ESPN's Royce Young. "One of the top players in this league. ... I'm not surprised at all."

With the Nuggets having already ruled out both Gary Harris and Will Barton, DeRozan has a chance to keep his good times rolling against a depleted Denver perimeter group.

The risk-averse portion of our reading audience might want to divert their attention here.

Two games back, Michael Porter Jr. provided just 11 points and three assists. He had zero points or assists in each of the two contests prior to that. Granted, those final two took place before the bubble began, but still, we're not talking about a consistent contributor here.

Saying that, we're also not talking about a run-of-the-mill sleeper, either. There aren't a lot of 6'10", three-level scorers running around. When you spot one—going up against a San Antonio team that plays fast and isn't the stingiest on defense, no less—you must pay attention.

Porter has always hinted at stardom, but myriad health problems have held him back. Now, he seems as close to 100 percent as ever, and he just showed Denver how dominant he can be. He paced the team in points (37, on 12-of-16 shooting) and tied for the lead in rebounds (12) on Monday night.

With Gary Harris and Will Barton still on the shelf and Jamal Murray listed as questionable, the Nuggets might need the 22-year-old to be special again.

"This is a big opportunity for me," Porter said, per ESPN's Ohm Youngmisuk. "Obviously, we can't wait for Will, Gary and Jamal to come back. But for me to be in that starting position, I worked really hard, so now is a good opportunity for me to really show what I can do."

There's a chance Porter comes back to earth, but at this price point, the potential reward is too great to ignore.

Injuries are the worst thing in sports, and from a real-world sense, Jaren Jackson Jr.'s season-ending meniscus tear is a brutal gut punch to the Grizzlies. But the show must go on, and Memphis needs someone to fill the void left by its second-leading scorer.

Brandon Clarke is the most obvious choice.

The rookie doesn't have Jackson's shooting volume or off-the-dribble shake, but he offers a similar defensive versatility and above-the-rim finishing. And when he lets it fly from distance, he usually finds his mark (37.5 percent).

Memphis shouldn't want to get in too many half-court sets against Utah's sturdy defense, and Clarke does some of his best work in the open court (95th percentile finisher in transition).

The 23-year-old has already rewarded fantasy owners in the bubble once with a 21-point, seven-rebound, two-block debut. He should have the floor time to improve all three marks on Wednesday.