Anthony Davis joined elite company during Monday's 116-108 victory over the Utah Jazz, and doing so gave him chills.

According to ESPN Stats & Info, the big man reached the 20-point mark in the first half of a game for the 20th time this season. The last Lakers player to accomplish such a feat was Kobe Bryant during the 2012-13 campaign.

"I just got chills," Davis said during an interview with ESPN's Rachel Nichols when informed of the achievement. "To be in a category with [Kobe Bryant], I know he's looking down on us and cheering us on, so we want to do it for him."

"I just got chills. ... to be in a category with [Kobe Bryant], I know he's looking down on us and cheering us on, so we want to do it for him." –Anthony Davis on joining Kobe in the Lakers' record books (via @Rachel__Nichols) https://t.co/pCkXoL1fpz

Davis finished Monday's contest with 42 points, 12 rebounds, four assists, three steals and four made three-pointers, doing a little bit of everything and turning his game around after making just two field goals in Saturday's loss to the Toronto Raptors.

He put the finishing touches on the win with a four-point play over Rudy Gobert in the final minute after the Jazz climbed within six following a late push.

Davis will look to score 20 or more points in a first half again on Wednesday when the Lakers face the Oklahoma City Thunder. 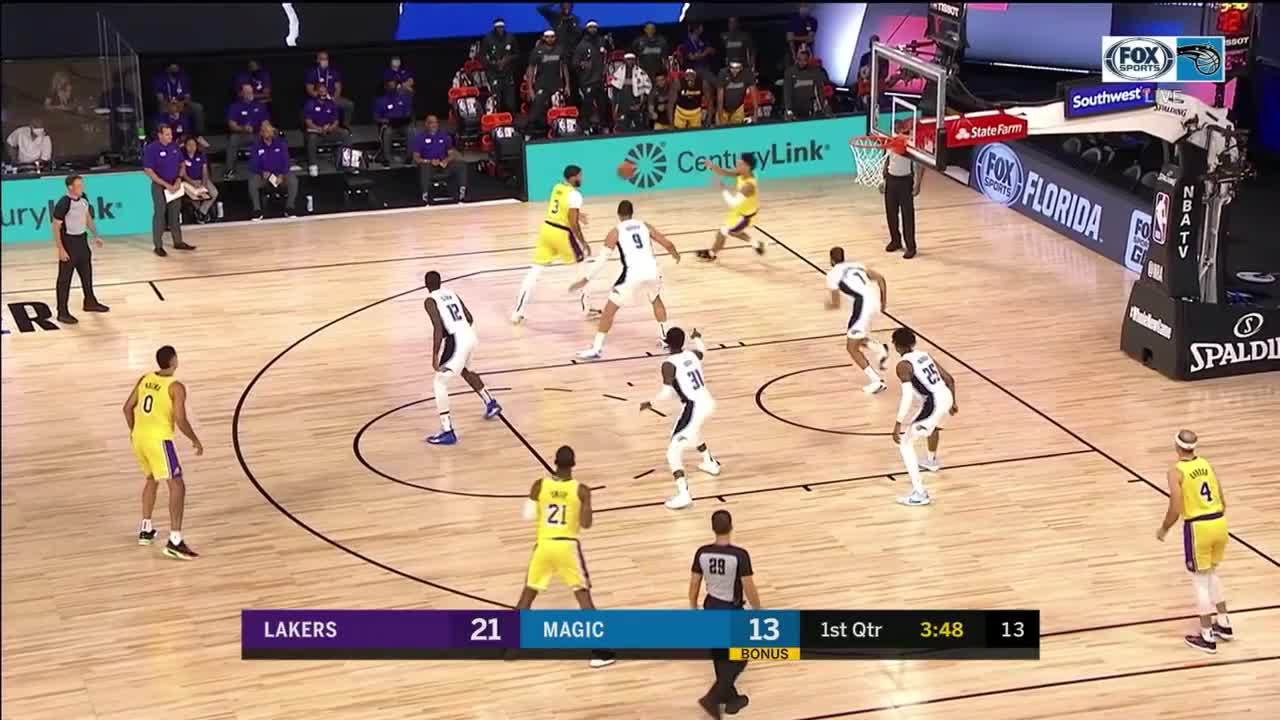