Bobby Green earned a win over Lando Vannata on Saturday night at UFC Vegas 5, but both fighters secured a $50,000 bonus for winning Fight of the Night, per MMA Fighting.

The two competitors previously earned Fight of the Night honors in their first bout at UFC 216, which ended in a draw. A rematch three years later resulted in another classic that went the distance, with Green coming through with a unanimous-decision victory.

It was the only bout on the main card that lasted all three rounds.

The other $50,000 bonuses were for Performance of the Night, going to Jennifer Maia and Vicente Luque.

Maia had the quickest win of the event with a first-round submission against Joanne Calderwood, utilizing an armbar with less than a minute remaining in the round:

Luque secured a knockout win against Randy Brown in the second round of his bout:

It's the sixth time in his career Luque has taken home a post-fight bonus.

While the most notable match in Las Vegas was a battle between Derek Brunson and Edmen Shahbazyan, resulting in a third-round TKO by Brunson, there were several others that stole the spotlight Saturday night.

Morning Report: Khabib Nurmagomedov will not train in the U.S. for title fight with Justin Gaethje 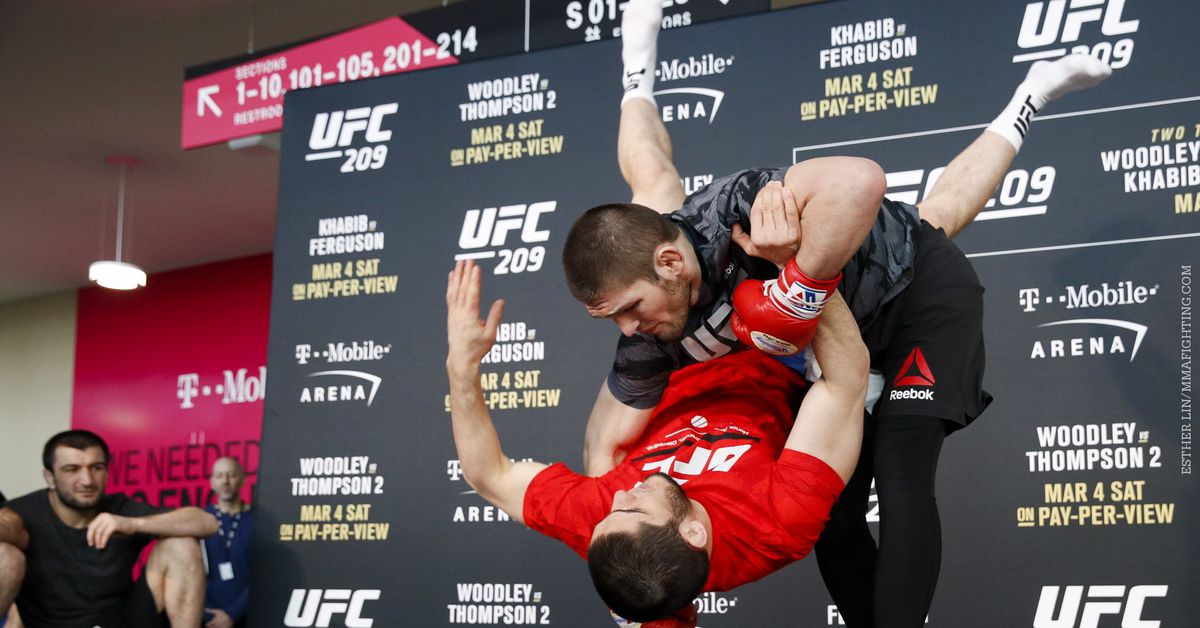 Morning Report: Khabib Nurmagomedov will not train in the U.S. for title fight with Justin Gaethje