In a potential first-round playoff preview, the Oklahoma City Thunder earned an impressive 110-94 win over the Utah Jazz on Saturday.

The Thunder entered the day in sixth place in the Western Conference but just 1.5 games behind the Jazz for the No. 4 spot. They are now tied with the Houston Rockets for the fifth spot with matching 41-24 records.

Utah (42-24) was playing for the second time in under 48 hours after defeating the New Orleans Pelicans in the first game of the NBA restart Thursday night near Orlando, Florida. The team struggled out of the gate with just 15 points on 7-of-22 shooting and faced a 14-point deficit after the first quarter. 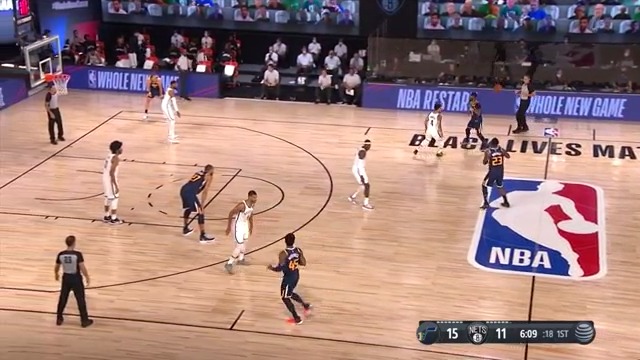 Despite having a 23-9 record since Jan. 2, the Thunder aren't discussed as one of the NBA's elite teams.

While their talent doesn't necessarily compare to that of the two Los Angeles squads or the Milwaukee Bucks, the Thunder's ability to execute on both ends of the floor and in crunch time makes them a dangerous playoff entrant.

Saturday's win over the Jazz was a perfect summary of everything Oklahoma City is capable of when firing on all cylinders. Four of its five starters scored at least 15 points and had a plus/minus rating of at least plus-14.

I heard a lot about how much better the Thunder felt they were getting during the break. And at least for this first half, it’s sure looking like it.

The defense stymied everything Utah tried, as Donovan Mitchell was the only Jazz player who scored more than 10 points through the first three quarters.

OKC head coach Billy Donovan needed time at the start of the season to figure out how all of the new pieces acquired from the Paul George and Russell Westbrook trades would fit.

The Thunder's results since the start of the new year indicate Donovan and the players have put everything together to become a dangerous force in the West capable of making a playoff run.

One of the big question marks for the Jazz coming into the restart is how they would replace Bojan Bogdanovic's scoring.

The Jazz announced May 19 that Bogdanovic would miss the remainder of the season after undergoing surgery to repair a ruptured ligament in his right wrist. He was their second-leading scorer (20.2 points per game) and ranked 11th in the NBA with a 41.4 three-point percentage.

The NBA returns tonight, but the Utah Jazz will have to play without Bojan Bogdanovic, who underwent season-ending wrist surgery. He is one of two players this season to average 20 PPG, while shooting 40% on three-pointers and 90% on free throws. The other? Khris Middleton. https://t.co/o58So2HOGS

Bogdanovic's scoring efficiency was critical for a team that has struggled on offense at times. The Jazz rank a respectable 10th in offensive efficiency (112.4 points per 100 possessions), but that has been offset, because their usually stout defense is 11th in efficiency (109.3).

Utah entered Saturday ranked 22nd in field-goal percentage (40.1 percent) but couldn't even hit that mark against the Thunder. It made just 34 of 87 attempts (39.1 percent) in defeat.

Mike Conley's season-long shooting woes continued, as he went 3-of-9 from the field. He had four assists and three turnovers.

If there is a way to explain this performance, it's that the Jazz were playing for the second time during the restart and were facing a team with fresh legs.

As long as head coach Quin Snyder can get his team back on track, this loss won't look as alarming in the long run. But with only six games remaining until the postseason, the Jazz can't afford a long wait to figure things out.

The Jazz will return to the court Monday for a showdown with the Los Angeles Lakers at 9 p.m. ET. The Thunder will serve as the home team for their next game against the Denver Nuggets on Monday at 4 p.m. ET.