Houston Texans wide receiver Kenny Stills was arrested Tuesday during a protest march in Louisville, Kentucky, and is among 87 protesters who face a felony charge of intimidating a participant in the legal process.

Stills took to Twitter after his release from jail to make a statement:

“Good trouble” with my brothers and sisters- organized by @untilfreedom. Arrested for peacefully protesting. While Breonnas Taylor’s murderers are still out on the street. #ArrestTheCops #JusticeForBreonna #BlackLivesMatter https://t.co/GmJUjl7Ezv

The protest march ended at the home of Kentucky Attorney General Daniel Cameron, who requested the demonstrators be removed from his property.

Lamont Washington, a spokesperson for the Louisville Metro Police Department, told Aulbach the participants were given an opportunity to leave the area before officers started making arrests.

Pictures from the peaceful protest that Kenny Stills now faces a FELONY charge for: https://t.co/oASYdn2mIj

Washington added the protestors were arrested "due to their refusal to leave the property and their attempts to influence the decision of the attorney general with their actions."

Taylor, a 26-year-old Black woman, was killed March 13 when the LMPD utilized a no-knock warrant to enter her apartment as part of a narcotics investigation into a man who was allegedly receiving drug shipments to her home, per CNN.

Brett Hankison was found in a department investigation to have shot 10 rounds, including three that went into a neighboring apartment, and was fired from the police force in June:

Neither Hankison nor the other two officers involved in the fatal shooting have been criminally charged in the case.

Taylor's killing, along with that of George Floyd, a 46-year-old Black man killed while in Minneapolis Police custody in May, have been the driving forces of the widespread Black Lives Matter protest movement that's spanned around the world in recent months.

Stills has emerged as one of the NFL's leading activists, continuing to kneel during the national anthem to protest racial injustice and police brutality, a movement started by Colin Kaepernick in 2016.

"I've always tried to bring people together through conversation instead of dividing people," he told Cameron Wolfe of The Undefeated in 2019. "If you can do one deed a day, it can change the world."

NFL players react to Kenny Stills getting arrested during a protest for Breonna Taylor https://t.co/vLXnb2tVjI

The 28-year-old University of Oklahoma product added he planned to continue fighting for the cause, even if it cost him a place in the NFL.

"There is nothing you can offer me to get me to stop protesting. We can work toward a solution, but there's no bargain for me to stop protesting," Stills said. "I want to know you care about the issues that are affecting this country, like police brutality, social injustice and racism. If you really cared about these issues, Kap would be in the league." 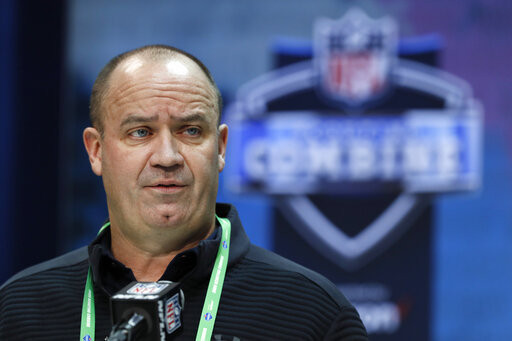