The Miami Heat arrived Wednesday in Orlando to begin prepping for the NBA's restart without Bam Adebayo and guard Kendrick Nunn.

Guard Goran Dragic said he hopes the two will rejoin the club, telling Ira Winderman of the South Florida Sun Sentinel "we can be a whole team and make some damage" when the season resumes.

Friday marked the first team workout for the Heat since mid-March.

Winderman notes the Heat had three players test positive for the coronavirus prior to leaving for Orlando with only Derrick Jones Jr. granting permission to release his name after he was confirmed to have contracted COVID-19.

The team is not releasing the names of the other two players and declined to comment on the status of Adebayo and Nunn.

"We didn't have every single player, but every player who was not there had an excuse," Heat coach Erik Spoelstra said in a post-practice video conference per Winderman. "I can't comment on who or what."

Miami entered the NBA's March 11 hiatus at 41-24, in fourth place in the Eastern Conference and 12 games behind the conference-leading Milwaukee Bucks (53-12). With eight games left to determine playoff seeding, the Heat could still improve their situation considerably with the Boston Celtics (43-21) only 2.5 games ahead in third place. 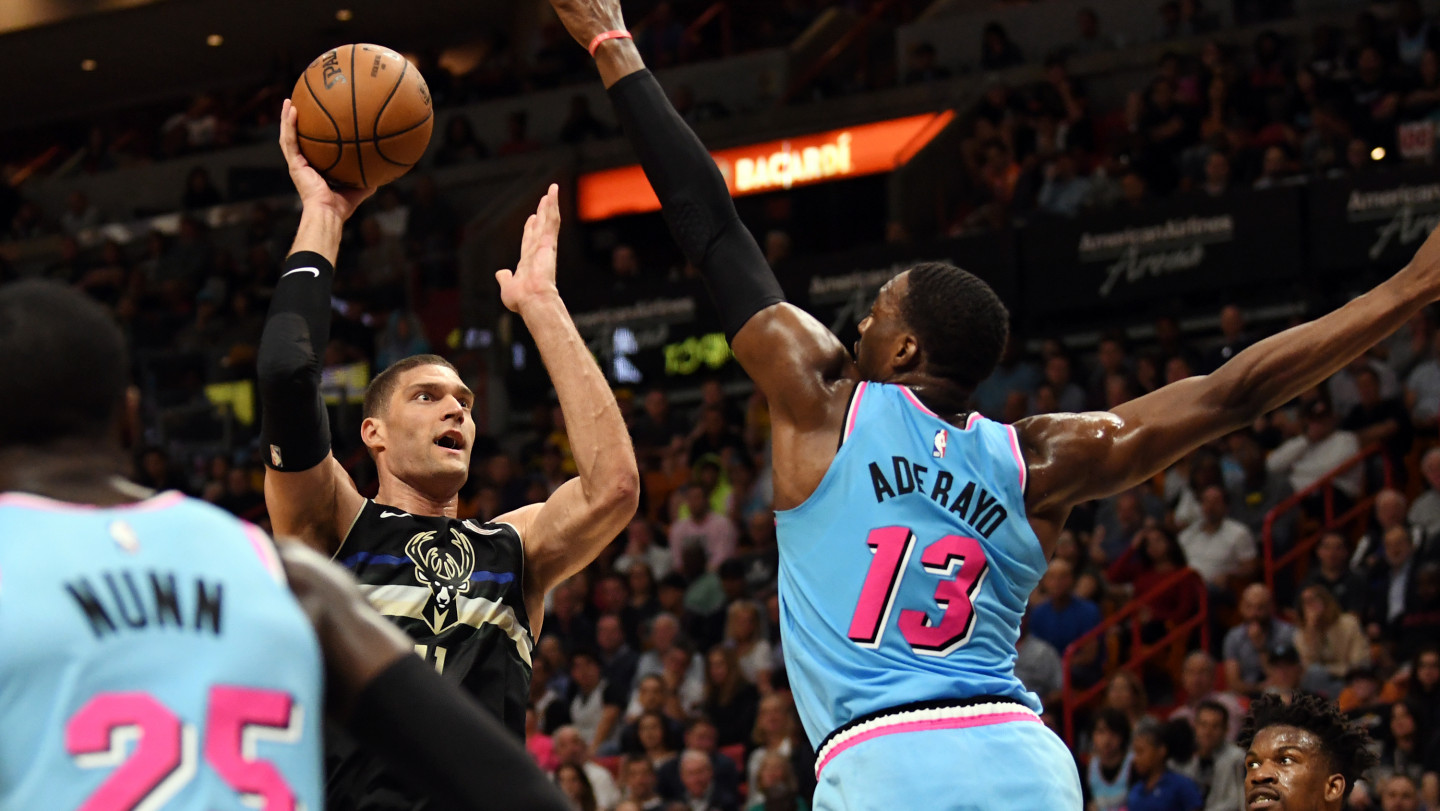 It'll be hard to do for the Heat without either Nunn or Adebayo.

At power forward, Adebayo has improved as much as arguably any player in the league this season. The 22-year-old is averaging 16.2 points, 10.5 rebounds and 5.1 assists while shooting a team-best 56.7 percent from the field.

Nunn, meanwhile, is fourth on the team in scoring (15.6 points per game) and has started each of the 62 games he's appeared in this season.

Even without the two in attendance, the Heat say they're preparing for the restart the same way they would prep for the playoffs.

"There's only so many things we can control," Udonis Haslem said. "And one thing is our attitude and mindset."