Jorge Masvidal won't be putting the ceremonial BMF title on the line when he crosses paths with Kamaru Usman at UFC 251 on Saturday.

UFC President Dana White told TMZ Sports that "Usman wants it to be on the line so bad," but that the belt will remain around the waist of Masvidal.

"[Usman] will not stop texting me saying, 'I don't understand why this belt isn't on the line! This guy's running around saying he's the BMF champ!'" White said. "He's like, 'I wanna squash it all. [Masvidal's] not gonna win my title and I'm gonna take his BMF belt!'"

Usman was originally slated to face off with Gilbert Burns, but the 170-pound division's No. 1 contender tested positive for COVID-19. UFC worked quickly to slot Masvidal into the event.

The 35-year-old Miami native was crowned the symbolic BMF champion in his most recent bout, a TKO of Nate Diaz at UFC 244 last November. White indicated that fight was a "one-and-done," so Masvidal might be the champ in perpetuity. 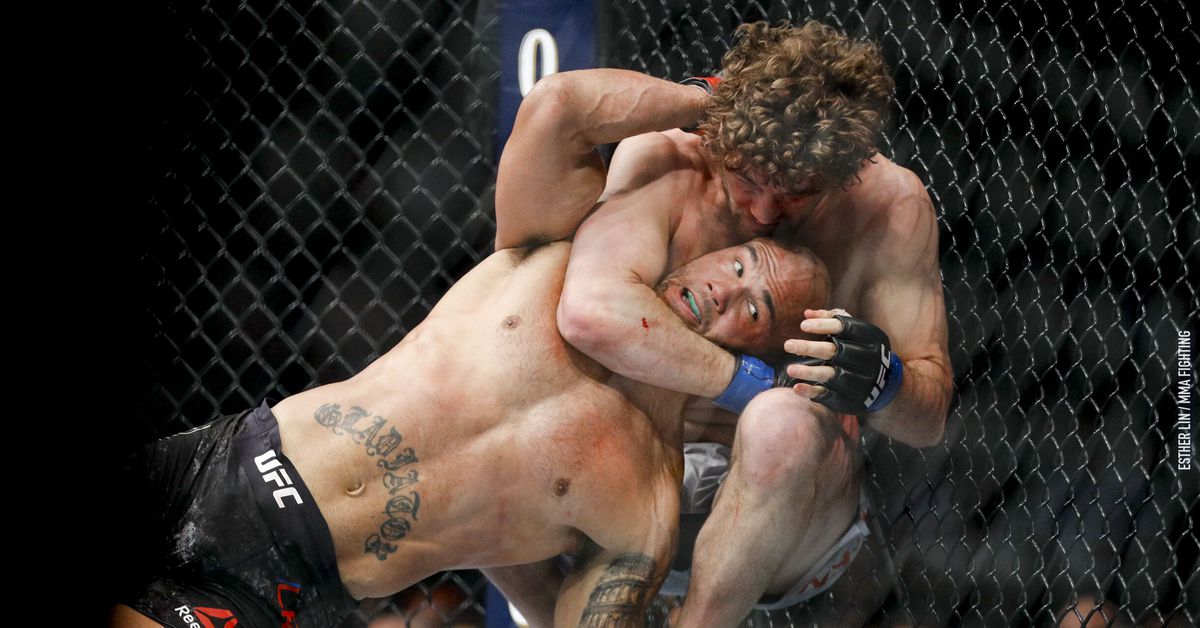