San Francisco Giants catcher Buster Posey didn't rule out the possibility of opting out of the 2020 MLB season Saturday.

According to Andrew Baggarly of The Athletic, Posey said the following when asked whether he is considering opting out: "Yeah. Definitely. I think there's still some reservation on my end as well. I want to see how things progress over the next couple weeks. It would be ... naive or silly not to gauge what's going on around you."

Per Baggarly, Posey added: "There's no way we can give a hard-line answer to what this will look like a week from now."

MLB players reported to training camp this week in their respective cities in preparation for the scheduled start of the 2020 season on July 23. The season was originally slated to begin in late March, but it was delayed by the coronavirus pandemic, and a decision regarding the season wasn't made until recently when MLB Commissioner Rob Manfred set a 60-game schedule.

Major League Baseball announced Friday that 31 players tested positive for COVID-19 during its first round of testing. Staff members were also tested, resulting in a grand total of 38 positive tests out of 3,185, which is a rate of 1.2 percent.

A handful of players have already announced that they are opting out of the 2020 season. So far, those players are Washington Nationals first baseman Ryan Zimmerman and pitcher Joe Ross, Arizona Diamondbacks pitcher Mike Leake and Colorado Rockies outfielder Ian Desmond.

One high-profile player who seems to be weighing his options like Posey is three-time American League MVP and Los Angeles Angels outfielder Mike Trout.

Trout's wife, Jessica Cox, is pregnant and due in August. He told reporters the following on a Zoom call Friday:

"We're playing it by ear. I think the biggest thing is this is our first child. I've got to be there. If I test positive, I can't see the baby for 14 days. We would be upset. I've got to keep Jess safe. I've got to keep the baby safe. ... I try to talk to my wife every night about this. I know I'm risking myself. I could meet somebody and get this virus. That's the last thing I want to do.

"I love baseball. I love playing this game. We all want to play. It's going to come down to how safe we are going to be. If there's an outbreak or something happens these next few weeks, we've got to reconsider."

The 33-year-old Posey is San Francisco's best-known and most accomplished player. He is a six-time All-Star, four-time Silver Slugger award winner, one-time Gold Glove award winner and one-time batting champion. He was also the National League MVP in 2012.

While Posey is of great importance to the franchise, his numbers have dipped significantly in recent years. Last season, he hit a career-worst .257 with just seven home runs and 38 RBI.

Even so, Posey is an asset because of his leadership and experience, and his absence will be felt by the Giants if he decides to sit out in 2020. 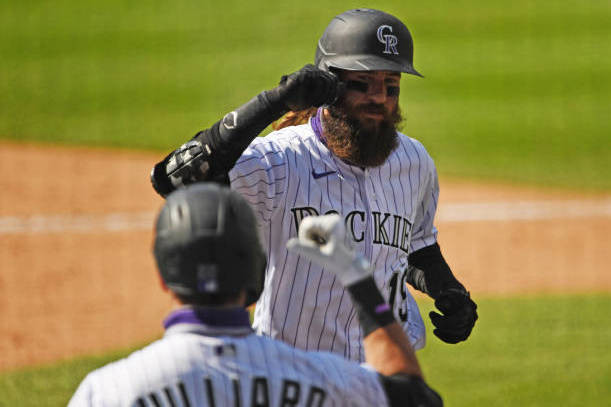 Farhan Zaidi Expects Giants to Be Aggressive with Pitching Prospects

Farhan Zaidi Expects Giants to Be Aggressive with Pitching Prospects