The San Diego Padres and Oakland Athletics have come together for the first post-hiatus trade in Major League Baseball.

According to ESPN's Jeff Passan and Kiley McDaniel, the A's will send shortstop Jorge Mateo to the Padres for a player to be named later.

This would give the A’s 30-man roster a little more balance. It was getting pretty heavy with infielder/utility guy types, this will allow for another pitcher on the roster. Padres seem to be new fave trading partner for A’s. https://t.co/nDLPOeo0C1

Signed by the New York Yankees out of the Dominican Republic in 2012, Mateo was traded to Oakland in 2017 with Dustin Fowler and James Kaprielian as part of a deal to acquire pitcher Sonny Gray.

Mateo is still just 25 years old and was ranked as the No. 7 prospect in the A's organization, per MLB Pipeline:

"The enigmatic speedster did put a rough 2018 season behind him by putting up very good numbers in 2019, but even then showed his streakiness by fading badly down the stretch as other teammates got called up to the big leagues.

"When Mateo is at his best, he has wow tools, starting with his top-of-the-scale speed. That makes him very dangerous on the basepaths, though he hasn't been looking to steal as much with the A's as he did earlier in his career. He is capable of making hard contact with surprising pop at the plate, though he's struggled with plate discipline for much of his career. Most of that can be attributed to his game clock. When he goes too fast, his strikeouts spike. When he slows down too much and gets low energy, he's too passive."

Also worth noting that players to be named later can be so for up to 6 months. Rival clubs haven’t seen minor league trade targets in months &amp; may not see any until fall instructs or some version of the Arizona Fall League. PTBNL is a way to wait until those events happen🤞🏼 https://t.co/2RodtPKAgH

Using a scale of 20-80, MLB Pipeline scored Mateo's running ability at 80, though it assigned him a score of 50 overall—his hitting and power were his lowest marks at just 45.

He is out of options, so he'll have a strong chance to wind up on the Padres roster. 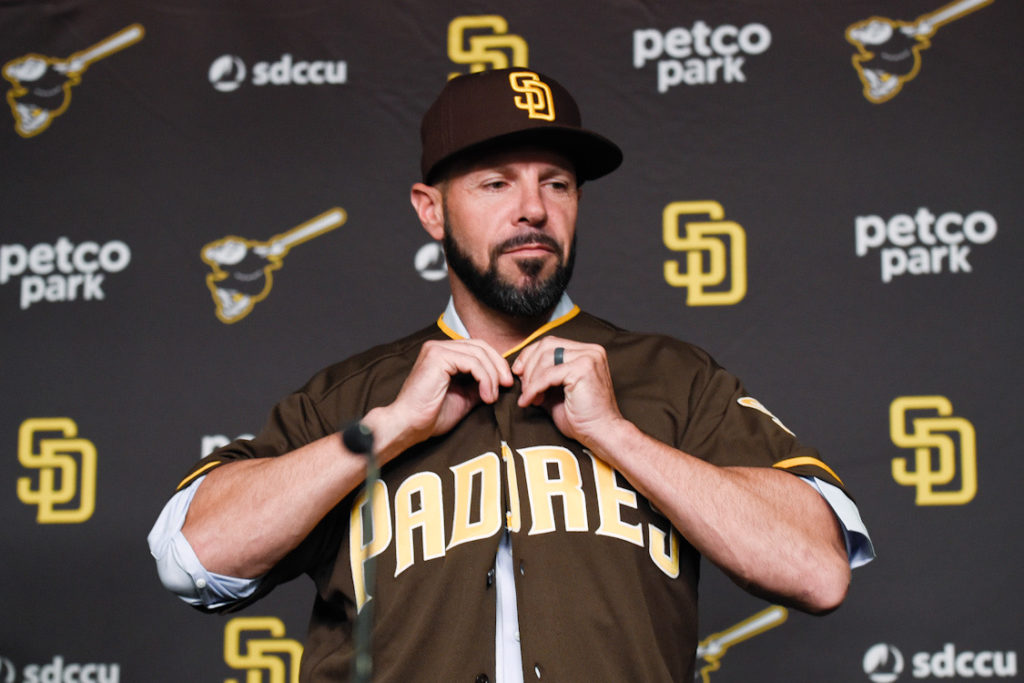