Draft night drinking games have been based around the term "upside," but when it comes to the NBA draft, the downside doesn't get nearly as much attention.

There are few sure things when it comes to the draft. The truth is, whether scouts are high on a player or low, the teams are drafting a range of outcomes with each player.

For instance, when the Philadelphia 76ers made Markelle Fultz the first pick in the 2017 draft, they were hoping to get the next James Harden. But with that tantalizing projection came the potential for him to turn out to be, well, like Markelle Fultz.

The 2020 draft is no different from other classes. If anything, it has even more uncertainty. There isn't even a consensus on who the No. 1 player in the draft class is.

LaMelo Ball is certainly the biggest name. He has been in the spotlight since the days when he was just Lonzo Ball's little brother, but now he's become a bonafide prospect in his own right. Anthony Edwards is most commonly seen as the top player in the class; the Georgia guard is a dynamic scorer and a fit on the wing in a class dominated at the top by guards.

Ball and Edwards might be the debate over No. 1, but James Wiseman could also join the chat about the No. 1 overall pick once the order is established. Here's a look at the best- and worst-case scenarios for each of them. 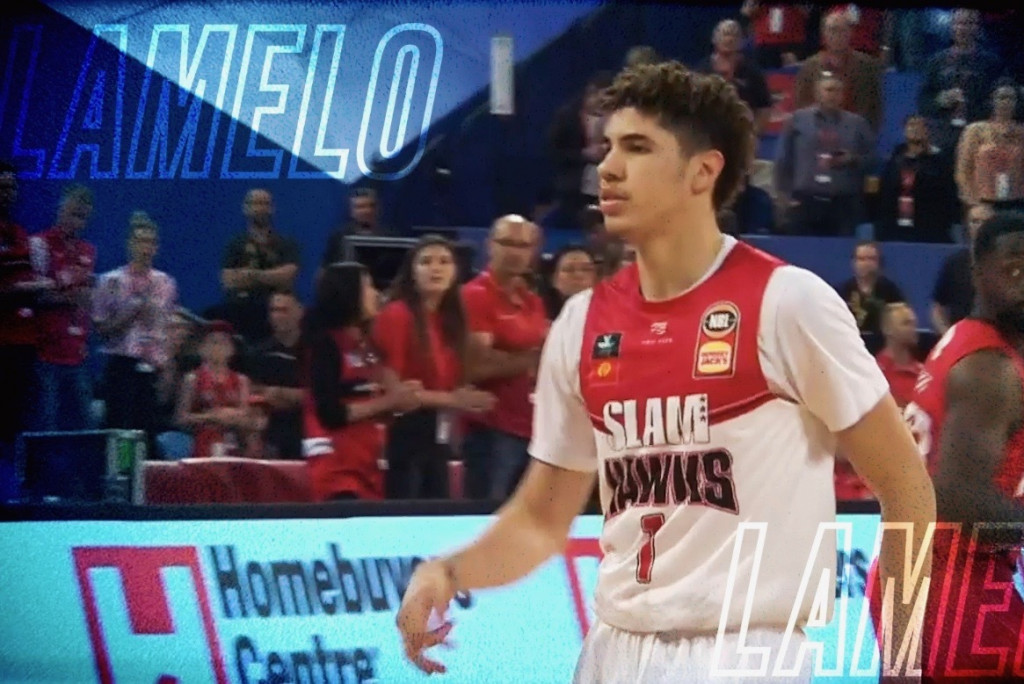 It's hard to believe the guy who was once all over social media jacking up shots from just inside half-court has grown into a 6'7" point guard prospect who could easily become a top-three selection in the draft.

Ball has not only grown physically but has become a much more refined passer. His ability to make plays off the dribble and set up teammates could make him a top 10 passer in the league from the first time he steps on the court.

He's not an elite athlete, but his good handles and court vision should be enough to overcome his lack of athleticism. His shot selection has improved from his high school days, but it remains a concern. Like older brother Lonzo, his shooting mechanics are a concern.

However, he still hasn't turned 19 years old yet. These are things that have plenty of time to develop.

There's a lot of comparisons on the upside of Ball comparing him to Penny Hardaway or Luka Doncic. As a big-bodied point guard with distributor skills those make sense, but the absolute ceiling for Ball is the version of Harden we saw in 2016.

In 2016, Harden's assist rate rocketed to 11.2 per game as he led the league while maintaining his scoring. The Rockets superstar doesn't have the most explosive first step, but he gets to the rim with superior footwork and handles.

For Ball to reach this potential, he'll need to be more comfortable absorbing contact and put muscle on his slight frame. He only averaged 4.5 free-throw attempts per 36 minutes in his time in the NBL. Harden's ability to draw contact and get to the line is a key element to his scoring ability.

Harden has never been the most efficient scorer. He'll never be classified as a defensive stopper. Ball likely won't be either of those things either.

Ball's ability as a passer gives him a fairly high floor. How efficient a scorer he will be, whether he can get by NBA defenders and what kind of defender he will be are the biggest questions surrounding him.

Even if he turns out to be lackluster as a scorer, can't get to the rim and is limited as a defender, he shouldn't be a total bust. He could find a role as a consistent point guard who can make the right pass and work as a spot-up shooter, a la Livingston.

As a lanky point guard coming out of Peoria High School in 2004, Livingston captured the imagination of draftniks. His long frame and feel for the game at a young age had scouts raving about his high ceiling, and he went fourth overall.

Unfortunately, a devastating knee injury probably kept him from reaching his full potential, but he did carve out a 15-season NBA career including a stint with the Golden State Warriors. He never became the future of the point guard position, but he did become a key role player on three NBA championship teams.

Even at his floor, Ball could be a useful player. His court vision and passing are translatable traits that should see him at least be a competent starting point guard and a role player in the league for a long time.

Among the guards in this draft no one has the frame and NBA-readiness of Anthony Edwards. At 6'5" and over 220 pounds, he seems to have the body composition and athleticism to hang in the NBA and handle the grueling 82-game schedule.

What's most exciting about Edwards is his ability to score. He's an explosive athlete who can get to the rim with ease, and he blew by defenders in college. He wasn't the best shooter, but his streakiness and free-throw percentage give hope that his shot will develop with time.

What kind of ceiling Edwards enjoys is going to come down to how he fills out his game. Is he just an uber-athletic dunker? That doesn't mean much in the NBA anymore. His 19.1 points per game is impressive on the surface, but he was second in the SEC in usage rate and had 15.8 shots per game.

In the final three games of his season, he went three-of-25 from the three-point line. At Georgia, there weren't many scoring options, so there's a case he was just doing what he had to do. There's also a case that his numbers were a lot of empty calories. Edwards was a volume scorer, but ultimately, the Bulldogs finished 16-16.

That's just five more wins than they had the season before without Edwards.

In their primes, Carter and Richardson were both prolific scorers. Carter averaged 23.4 points per game in his first seven seasons with the Toronto Raptors before putting up 23.6 points a game with the New Jersey Nets.

J-Rich didn't enjoy the same lengthy prime that Carter did, but he managed to score more than 15 points per game in nine of his first 10 seasons in the league with three seasons of more than 20 points a game.

Both did so without ever becoming great three-point shooters. Both were career 37 percent shooters from around the arc and made their living using their physical gifts to get to the line rather than spot-up shooting.

Neither became great distributors but were secondary playmakers. Carter averaged around four assists per contest in his prime, while Richardson only dished close to three per contest throughout his career. Even if Edwards makes improvements as a shooter and passer, raising his marks from 29 percent and 2.8 assists still puts him in that Carter-Richardson range.

His old NBADraft.net scouting report said: "Burks has excellent upside and the potential to become a fixture in someone’s rotation. ... If he can start knocking down his jumpers on a more consistent basis, he can become a real offensive threat considering his ability to create his own shot and get to the line."

Fast-forward to the present and Burks did put on the weight. He's 214 pounds and has been a consistent rotation player in his 10th NBA season.

His shooting has improved (35 percent career three-point shooter), but the inefficiency remains. When given an extended, run his usage rate climbs as high as 25 percent, but he was averaging more than 15 points per game for the first time in his career this season.

Wiseman should be one of the most interesting prospects to track in the pre-draft process. He is also potentially the prospect who should care the most about the lottery. How that shakes out could have a big impact on where he ends up going.

That's because it's getting harder and harder to gauge where the NBA values centers. Ten years ago, Wiseman is easily the No. 1 pick. At 7'1", 240 pounds with a 7'6" wingspan and legit athleticism and mobility, he would have been the consensus top player in the draft even if he only ended up playing three college basketball games last season.

Wiseman was dominant in those games. He scored 59 pounds, grabbed 32 rebounds and blocked nine shots while playing just a little over half of each game.

The problem is experience. Wiseman has the physical tools that can't be taught. But his college career was cut short by an NCAA-issued suspension for money he received from Penny Hardaway before he was Memphis' coach.

Wiseman does just enough exciting things to think he can be the kind of modern-day big that warrants a high pick, but he hasn't proved much. He has promise as an outside shooter, but he may be too infatuated with proving it. He could be an elite shot-blocker, but it's unclear whether his defensive awareness will allow him to orchestrate the defense as the anchor and there are questions about his strength and physicality down-low.

Wiseman isn't going to magically become a stretch-five in the traditional sense. He shows a willingness (sometimes to his detriment) to shoot from the outside, but he would be best served as a rim-running big where he can utilize his soft touch around the basket.

However, if he can harness some shooting, he could be stretchy enough to push his ceiling past Hassan Whiteside. In a league where traditional big men have become unfashionable, Whiteside continues to provide value by blocking 3.1 shots per game and grabbing 14.2 rebounds a night and chipping in 16.3 points per game.

Whiteside came into the NBA at just 226 pounds but is now listed at 265. Clearly, adding that bulk has allowed him to become one of the best rim protectors in the league and a monster on the boards.

Wiseman has the frame and build to make a similar transition. Throw in the fact that it isn't too late for him to add some shooting to his game and it's easy to see the tantalizing potential that makes Wiseman a fascinating prospect.

Coming out of Kentucky, Nerlens Noel was hyped as a rim-protector on par, or possibly even better, than Anthony Davis. Back then, the thought was that if only his raw offensive game could be developed he would become the next Wildcat big man to become a star.

Noel has become a perfectly fine rotational big man. He blocks 2.3 shots per 36 minutes, so the rim protection has translated to some extent, but the offensive game never did develop. He's averaged more than 10 points per game just once in his career and has found his way on three different teams in six seasons.

The danger in selecting Wiseman early is we haven't seen how his offensive game could have developed over a full season in college. That aspect of his development will be the key in deciding whether he's more Whiteside or Noel.