Go ahead. Make the case that Green Bay Packers quarterback Aaron Rodgers is running out of gas, over the hill or any other cliche indicating he's no longer the player he once was.

You'll get pushback from those who rightly believe Rodgers hasn't always been healthy and well supported in recent years and that there's still time for the two-time MVP to turn it around at 36 years old.

But the over-the-hill argument isn't outlandish when you consider that since he suffered a broken collarbone in 2017, his completion rate has dropped by about three percentage points and his passer rating has plummeted from 104.2 to a barely above-average 95.4.

Can you fault the Packers for pursuing a potential successor in the draft? Of course not. They drafted Rodgers when Brett Favre was 35, and there's nothing wrong with being proactive about your long-term future at the sport's most important position.

The problem is not that Green Bay essentially decided to make intriguing former Utah State quarterback Jordan Love the heir apparent at that position. The problem is the price the Packers paid in order to get there.

On Thursday night, a Green Bay team that fell a win short of the Super Bowl in 2019 and is trying to refuel for another run before the current championship window slams shut essentially decided that Love was worth both a first- and a fourth-round pick.

That's what they sacrificed in a trade with the Miami Dolphins that allowed them to move up to No. 26 overall, leaving a now possibly slighted Rodgers without the elite new weapon his offense desperately needed after Davante Adams was the only wide receiver to catch more than 35 passes last season.

Now, a Packers team that was quiet in free agency is suffering from a severe lack of capital entering Day 2 of a draft that is loaded with talent at the receiver position.

With just two of the next 142 picks, it'll be extremely difficult for Green Bay to upgrade on a group of pass-catchers that, beyond Adams, is slated to feature the likes of Marquez Valdes-Scantling, Jake Kumerow, Equanimeous St. Brown, Allen Lazard, Marcedes Lewis and Jace Sternberger in 2020.

That's why trading up to draft Love worked as a double-bird salute to Rodgers, who now has to deal with the added pressure and scrutiny that will be generated by the new quarterback's presence, as well as the diminished supporting cast he'll be stuck with as a result of the hoops the front office jumped through to acquire a wild-card developmental project.

There are no guarantees in the draft, especially with a quarterback like this. The incoming rookie has the arm and athleticism you want in a franchise quarterback, but he threw 17 interceptions last season, and his decision-making ability is a huge concern. Bleacher Report draft guru Matt Miller wrote that the 21-year-old "could end up being the best quarterback from the class or a journeyman backup."

Jordan Love is undeniably talented but he is SOOOOOO DeShone Kizer-y.

So those down on Rodgers might be right. He might be on his last football legs. But there's realistically no room for the new guy to take over in the next two seasons, and history indicates there's at least a 50/50 shot he doesn't pan out anyway.

It would have been one thing if the Packers simply selected him if he dropped into Round 2, but the reality is they'll have other shots at quarterback prospects with similar features and similar potential career trajectories in drafts to come. In this case, they got antsy and overpaid on a bill that wasn't close to due.

How can an organization justify ignoring major areas of need and using two draft picks (one of which was a first-rounder) on a guy who, if all goes according to plan, won't see the field for several seasons?

It strikes me as a blatant example of hubris, with Packers general manager Brian Gutekunst and head coach Matt LaFleur possibly under the foolish impression that they've outsmarted everybody else and that they saw something in Love their counterparts missed.

The Packers made the mistake of falling in love, and love (or, in this case, Love) can make you do stupid things.

"I think he looks for slights," he said. "And I think it's fuel for the fire."

That's entirely possible, but you should never make roster-altering draft decisions in order to inspire your star player. And if you're under the impression that's necessary, you have bigger problems on your hands.

I’m not saying Aaron Rodgers is perfect or without flaws. But I have never seen such an historic talent so dramatically underserved by his organization.

It's utterly shameful that Love is the first offensive skill-position player drafted by the Packers in Round 1 since they stopped Rodgers' draft-day slide back in 2005. The previous regime hung the highest-rated qualified passer in NFL history out to dry over and over again. There was hope that would change when Gutekunst moved into the general manager role in 2018 and replaced Mike McCarthy with LaFleur in 2019.

But this feels like more of the same. It was both disrespectful and irrational, and it might have greatly reduced the team's short-term chances of contending without strongly increasing its potential to sustain success beyond the Rodgers era.

Brad Gagnon has covered the NFL for Bleacher Report since 2012. Follow him on Twitter. Or don't. It's entirely your choice.

Our 2020 NFL Draft Show continues through Saturday with live, in-depth analysis as the picks are being made. No fluff, no B.S. Download the B/R app and watch. 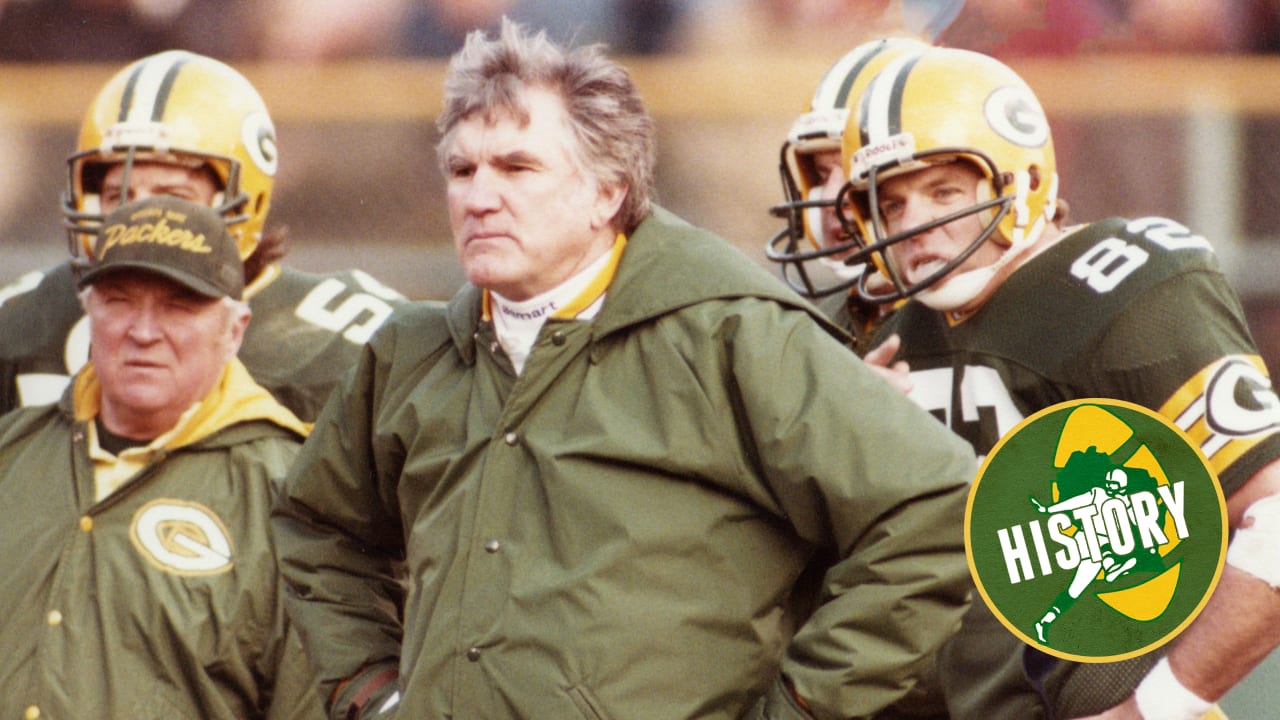