The Atlanta Falcons are reportedly preparing to "make some noise" with a potential trade up from the No. 16 overall pick in the 2020 NFL draft, which begins April 23.

GM Thomas Dimitroff famously sent a huge package of picks (including a future first rounder) for Julio Jones in 2011, and a move this year may not be as dramatic. But they are a team to watch. https://t.co/hfTwi7qlaa

The Falcons are coming off a disappointing 7-9 season in 2019. Being caught in the middle—not good enough to make the playoffs, but recording too many wins to secure a high draft pick—is often the worst residence for professional sports teams.

That's especially true for an organization like Atlanta, which should be in the midst of a championship window with a franchise quarterback in Matt Ryan and an elite playmaker in wide receiver Julio Jones. They added running back Todd Gurley in free agency to further bolster the offense.

The Falcons' most glaring needs are on the defensive side. Most notably, they could use another premier edge-rusher and need to fill holes at cornerback and defensive tackle.

If the front office is exploring a trade up from No. 16, it's most likely going to target one of the draft's top edge players.

Bleacher Report's Matt Miller ranked Ohio State's Chase Young (No. 1 overall prospect), LSU's K'Lavon Chaisson (No. 9) and Penn State's Yetur Gross-Matos (No. 21) as the top edge-rushers on his latest big board in a draft limited on elite prospects at the key position.

A trade up for Chaisson, who recorded 60 total tackles, 6.5 sacks, two passes defended and a forced fumble in 13 appearances for the Tigers last season, could make sense.

Moving from No. 16 to No. 9 would cost Atlanta 350 points on the Pro Football Reference value chart for draft picks. That's the equivalent of a late second-round pick or a pair of third-round selections.

That's a reasonable price to pay if the Falcons believe Chaisson, or another prospect they're targeting, can significantly help a defense that ranked 23rd in points allowed and 29th in sacks last season. 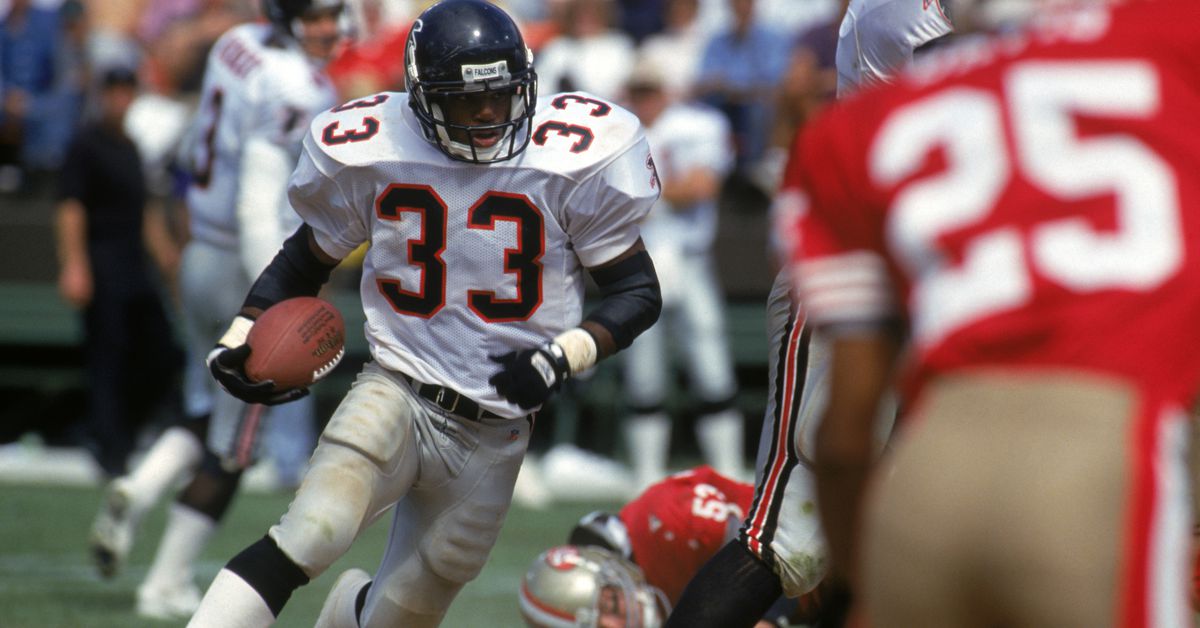 Why Todd Gurley Is Heading for a Resurgent Season

Why Todd Gurley Is Heading for a Resurgent Season