It was two years ago that Real Madrid first began to think about buying Harry Kane.

As Cristiano Ronaldo made a move across Europe to join Juventus, there became a sudden need for a new goalscoring Galactico.

They looked at the very elite—Neymar Jr., Kylian Mbappe and Eden Hazard were all there. Robert Lewandowski, too. But so was Tottenham striker Kane.

Intermediaries working on behalf of Madrid reached out at that time to get a feel of what it would take to land Kane, but the answer was not welcoming. Spurs valued him at £200 million, and, more than that, chairman Daniel Levy wasn't keen on talking even at that price.

So Madrid walked away and eventually signed Hazard from Chelsea in 2019 as their new superstar, adding Luka Jovic as back-up striker to Karim Benzema.

But that Ronaldo void still remains.

Hazard and Jovic have scored just three goals between them this season. And, now, as Kane raises doubts about his future at Spurs, there is a feeling Madrid might take another look in his direction.

Harry Kane was honest about his Tottenham future 👀 https://t.co/VPm2nXNdot

Chairman Levy believes he owns one of world football's most complete strikers, and the message being delivered by sources around the club right now is that even in these difficult times, he'll take some persuading to budge on Kane's valuation.

With football on hold due to the spread of COVID-19, there is concern within the game about how you can put a price tag on any player. What is value at a time when so many businesses, clubs and individuals are  enduring such a struggle to make ends meet?

But with Kane, sources say it's difficult to see Spurs changing their stance. At the very lowest, they think Spurs would expect £150 million for him.

Levy has just announced 550 non-playing staff will take a 20 per cent pay cut, and there are obvious concerns about budgeting and squad salaries at a time when there is no matchday revenue and a chance TV money might have to be repaid.

He has always been careful with cash at Tottenham, but that is why some sources feel that could lead to Kane leaving. How will he match Kane's ambition?

From their own conversations with Kane, Spurs know that UEFA Champions League qualification is crucial to keeping him content. They also know that strengthening the squad to prove they can compete at the top level is vital.

Yet, there is concern right now about whether they will be able to satisfy him on either front.

There is only an outside chance of playing in the Champions League next season, and it seems unlikely Levy is going to heavily strengthen the squad on the back of the coronavirus pandemic.

As part of a statement released by the club, Levy said: 'When I read or hear stories about player transfers this summer like nothing has happened, people need to wake up to the enormity of what is happening around us. ... We may be the eighth largest club in the world by revenue, according to the Deloitte survey, but all that historical data is totally irrelevant as this virus has no boundaries.'

There is more uncertainty than ever before.

The Spurs hierarchy know Kane craves trophies—that is one of the reasons Jose Mourinho, a serial winner, was brought to the club.

But when the player was quizzed by Jamie Redknapp over Instagram and delivered a public warning with authority, precision and confidence, it surprised many—even some that know him well.

"I love Spurs," he said. "I'll always love Spurs, but I've always said if I don't feel we're progressing as a team or going in the right direction, I'm not someone to stay there for the sake of it.

"I'm an ambitious player. I want to improve, get better and become one of the top, top players. It all depends on what happens as a team and how we progress as a team. So it's not a definite I'm going to stay there forever, but it's not a no either."

Kane, 26, is giving Spurs an ultimatum: Start winning or I'm off.

Only a handful of clubs could even consider signing Kane, though, and of those it is Madrid, Barcelona, Manchester United and Manchester City that hold genuine interest.

Kane's latest words have given all of them something to think about, but Madrid remains the most likely landing spot if he does leave.

Sources in Spain are adamant that he is still on their radar as a potential replacement for 32-year-old Benzema. But when an approach might happen becomes the next question.

Right now, Paris Saint-Germain's Mbappe remains the club's absolute priority, so they will look to see how that situation opens up. Borussia Dortmund's Erling Haaland is also emerging as a man who fits their mould.

But if neither of those transfers look possible, there is reason for optimism in the case of Kane. Spurs sources indicated to Bleacher Report that Levy would be more willing to let him move to a foreign club than anyone in the Premier League.

So would he go for it?

"Harry has never conveyed any true desire to play abroad, but a move to the Bernabeu has an obvious lure," one insider explained. "I think most people around Spurs accept he won't stay at the club for his entire career, but it would be painful to see him join a direct rival. If he leaves, I think he'll go abroad."

When football returns, those close to Kane are adamant that he will continue to give everything for Tottenham. He is desperate for them to be successful, and he loves being their leader.

But we are approaching the stage where he has a big decision to make over his future—and it is starting to look like he fancies a fresh challenge.

Will Anything Change for James Rodriguez? 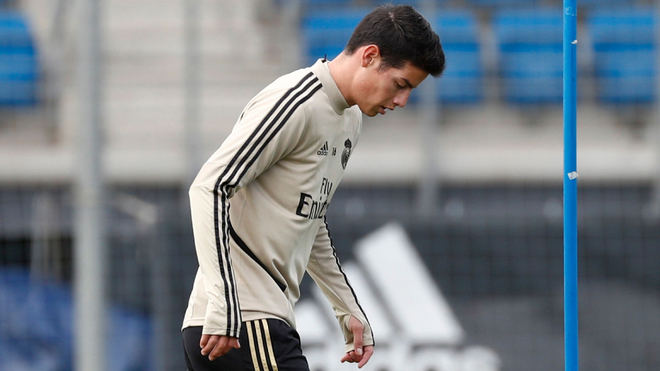 Will Anything Change for James Rodriguez?