Real Madrid's approach to transfers has received a major facelift over the last few years.

Rather than almost exclusively pursuing Galactico signings—paying big money for the established, best players—they've nuanced their approach, casting their net for the best young stars on the market as well as promoting generously from their excellent academy.

It's led to Madrid accruing quite the bloated squad, and with players' interests in mind, many have departed on loan. They're perfecting their craft away from the Bernabeu, preparing themselves for what they hope is a starring role in white sooner rather than later.

But how likely are they to achieve that dream?

We've narrowed Los Blancos' loanees to a field of 10 and then ranked them on their chances of breaking into Zinedine Zidane's first team. There's no timeline specified—each case is different and explained—but the higher a player is ranked, the more likely it is we think he'll crack the first-team squad at some point.

Given Real Madrid's stature and strength in depth, it may not surprise you that there are some weak cases to establish themselves among the loanees. We start with a few of those.

In a meritocracy, Luca Zidane isn't close to Real Madrid standard, but he remains part of the club perhaps in part because that surname holds some weight. No one is expecting Luca to take the job between the sticks at the Bernabeu, though.

Mayoral looked a tidy forward when coming through at youth level, mixing capable finishing with good link-up play around the box. You could tell he'd been watching and learning from Karim Benzema, perhaps the master of that latter skill among elite forwards.

But senior football hasn't quite gone to plan for the 22-year-old, with loan moves to Wolfsburg and Levante featuring plenty of substitute appearances and just 11 league goals in two-and-a-half years.

There remains a budding player in there, but the odds of reaching Real Madrid's required level from this point seem slim.

Ceballos is a lovely player, and he's shown in flashes over the last three years just how smooth an operator he can be. But with him it's not a question of talent; it's a question of consistency, fitness and momentum.

Let's be clear: you can be very good and still not be at Madrid's required level for midfield. Ceballos might well be filed as that.

If he puts together a serious run of form for Arsenal between now and May, there's a chance he hits pre-season with some momentum and confidence and can pique Zidane's interest. If things continue as they have, though, Zidane is more likely to continue pursuing Paul Pogba for that same midfield spot.

There's still a chance Ceballos reaches the level required to play for Los Blancos—his ceiling is high enough—but he may have to take a permanent step away from the club first to reach it.

That Odriozola was allowed to leave Madrid on loan this winter doesn't bode well for his future at the club.

He was the only "natural" backup to Dani Carvajal, with Nacho and Eder Militao classed more as centre-backs capable of standing in, so to send him out without a required purchase option in the deal is telling.

Zidane is probably hoping he strikes a rhythm at Bayern Munich and rediscovers his level—it's easy to forget, but Odriozola was some player back at Real Sociedad as a roaming full-back with limitless stamina and good ball-carrying ability—ahead of either a reassimilation or a summer sale.

As it stands, the latter seems more likely, not just because of Zidane's reluctance to use him over the last year, but because of another right-back also out on loan who is impressing greatly (we'll get to him soon).

Kubo generated immense buzz in the summer after Madrid stole him away from Barcelona's clutches. With him crossing that storied divide, you can forgive the fans for hoping beyond hope that he turns into a superstar—just imagine if he did, given the circumstances in which they acquired him.

But he's not ready yet. Not close, really. His loan to Real Mallorca this season has been a slow, steady introduction to senior football—11 starts and 11 substitute appearances in La Liga speak to the tempering that's occurring.

Kubo has had some standout games and moments this term, scoring a few goals (one of which was a brilliant solo effort against Real Betis), but there's much work to be done.

There probably won't be a place for him in Real Madrid's 2020-21 squad—it's just too crowded a position—meaning his next loan is crucial to assessing his first-team chances in the future.

Arguably the least known name outside of Spain on this list, Oscar has flown under the radar despite seriously impressing this season. He's quietly honing his craft in a way the others haven't been able to.

The Leganes team he's playing on isn't great, and with both of their strikers (Youssef En-Nesyri and Martin Braithwaite) taken off them in the last two months, they'll be leaning on him more than ever.

His most obvious brilliance comes in the form of a set piece. His free-kicks are wicked—only Lionel Messi has scored more of them in La Liga this season—and, perhaps unsurprisingly, his long-range shooting is vicious. He also times his runs into the box to arrive onto passes well.

Like Kubo, there's no way he'll be ready for Real Madrid next season, and he could use another campaign out on loan.

There's no doubt Thibaut Courtois will command a place between the sticks for Real Madrid for years to come, so any young shot-stopper at the club must accept a harsh reality: The best you'll get is the cup goalkeeper role.

There's every chance Lunin grows into that player in a few years. He showed at the 2019 Under-20 World Cup that he's an extremely well-rounded prospect, good in every department and weak in none, and Madrid are trying to develop him. Alphonse Areola was loaned in to back up Courtois this term, in part so that Lunin could get out and play.

Julen Lopetegui's short, doomed reign as Real Madrid boss didn't yield too many success stories, but Reguilon's emergence at left-back was certainly one. There were spells of that when he benched stalwart Marcelo and performed well in a tough situation.

Zidane didn't take as much of a shine to him, allowing him to link back up with Lopetegui on loan at Sevilla this season, where he has once again impressed. Actually, "impressed" puts it too lightly; he's been killing it, and we named him in La Liga's All-Star XI earlier this month.

Where once Reguilon perhaps seemed a short-term solution, he's now a legitimate option for Real Madrid to consider for the 2020-21 season. He'd hardly be a guaranteed starter—particularly when Ferland Mendy is ticking along so nicely in that left-back berth—but as the reserve option? That could work.

The issue he may find is his inclusion brings us to an uncomfortable topic: the decline of Marcelo, and what his role is after this season. He's rightly adored by fans of the club, but performances this season have been a touch wobbly. With Reguilon playing well, there might be a hard decision to make soon.

Hakimi's two-year loan at Borussia Dortmund will go down as a huge success. He's developed into quite the player in Germany, producing dominant offensive performances at both Bundesliga and Champions League level, scoring some spectacular goals in the process.

There aren't many in the world who mix his style of strength, speed, directness and final-third ability. He can run the length of the pitch with the ball at his feet, resembling something akin to an early-stage Gareth Bale, and his two goals and 10 assists in the league this season speak to his productivity.

He attacks with such gusto and aggressiveness that it's almost impossible to stop him penetrating the box and causing problems. His low cut-backs into the centre are dangerous, as are his shots.

It would be remiss to consider him the full package at this stage, though; questions abound over his defensive acumen, and for good reason.

Dortmund have utilised him at full-back, wing-back and winger, and the latter two certainly look more comfortable roles for him. There's also perhaps a lack of consistency to his game that could be solved with a little more experience.

He's good enough right now to play for Madrid, entering the defensive rotation and alternating with Carvajal, and in a few years he might well have claimed the starting berth outright.

Since signing for Los Blancos in January 2015, he's undertaken a totally normal, well-paced development path. Heerenveen, Vitesse, Real Sociedad—three reasonable, staggered steps out on loan, to allow him to grow, mature and improve.

For some reason, some people have looked at that path and written him off as a bust. Perhaps because of the way he toured Europe's top clubs at age 16 as he decided his future, they expected a Neymar-like impact as a kid.

But Odegaard, who only turned 21 in December, is nearly ready for Real Madrid's level. The only question is whether he returns in 2020 or 2021, as the loan deal to La Real is for two years—and he has previously stated he will stay for the duration, per ESPN Deportes (h/t Football Espana).

His versatility helps his cause when it comes to projecting a role for him at the Bernabeu, as he can play as a right-winger, a No. 10 or a central midfielder. Perhaps by the time he returns, Bale will have left, meaning Odegaard and Rodrygo contest for his spot. Perhaps Luka Modric will be gone, opening up a central berth.

Zidane doesn't need to work out the details just yet, but in the back of his mind, he'll almost certainly be considering how Odegaard fits into his squad moving forward.

Listen to Sam every Wednesday on the B/R Football Ranks podcast. Subscribe here.

Grading Every Madrid Unit from This Season

Defence great...attack not so good 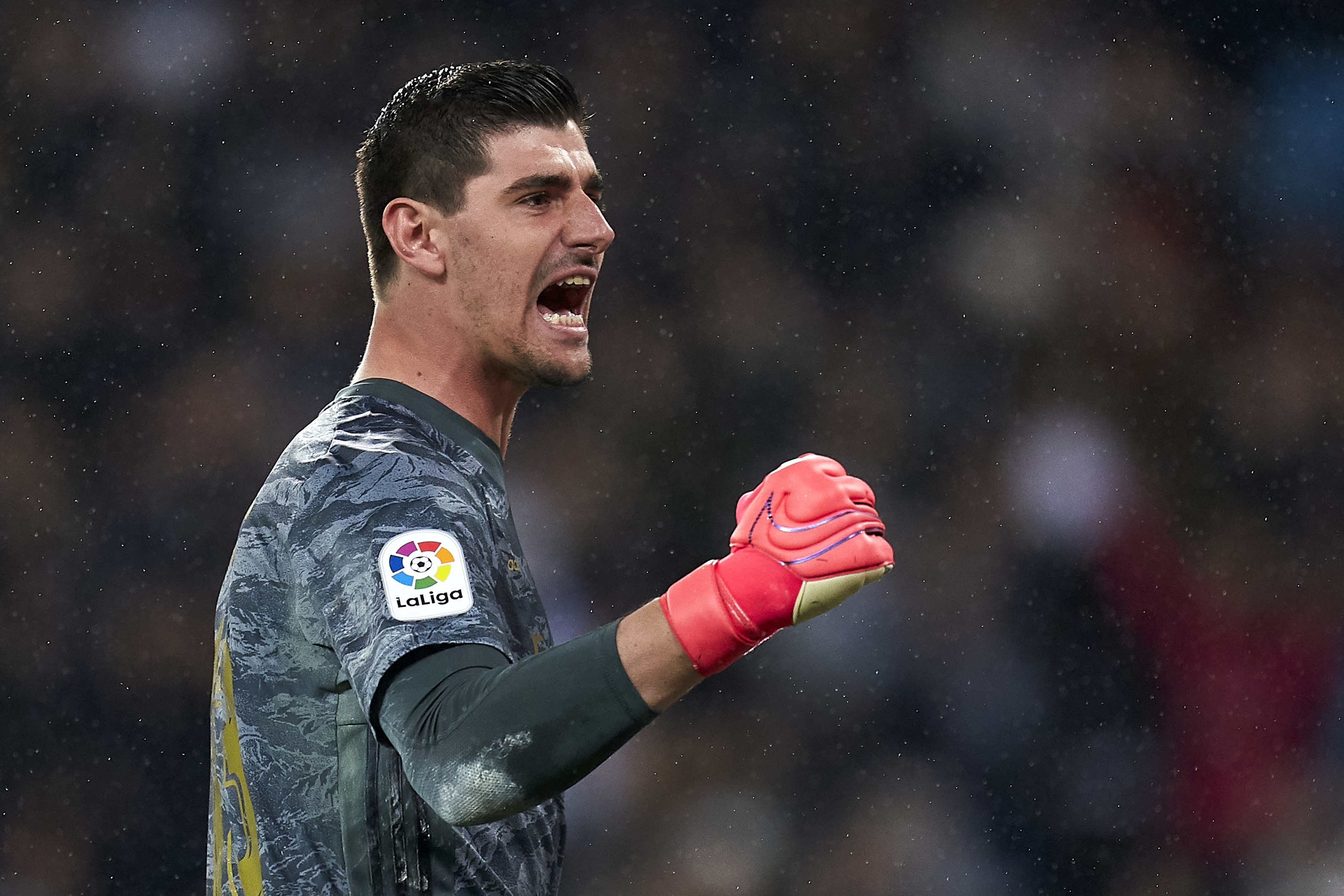 Grading Every Madrid Unit from This Season

Redondo on Leaving Real Madrid and His Horrific Knee Injury 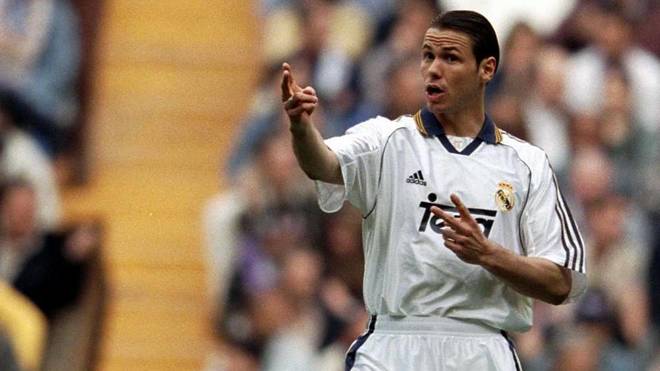 Redondo on Leaving Real Madrid and His Horrific Knee Injury