Look out, NBA. Zion Williamson doesn't even have his legs underneath him yet.

The New Orleans Pelicans rookie opened up on a number of topics during an interview with ESPN's Rachel Nichols on Wednesday's episode of SportsCenter and revealed the balance between trying to stay healthy and going all-out while competing for a playoff spot is "tough, to be honest. I still haven't gotten my legs fully under me."

Williamson didn't make his regular-season debut until Jan. 22 as he recovered from injury, but he has already turned heads by averaging 22.1 points and 7.5 rebounds in his first 10 career games.

The blistering start to his career has propelled him into Rookie of the Year discussions even though Memphis Grizzlies point guard Ja Morant has dazzled at times and has his team in playoff position at the All-Star break.

"I do want it. But if I don't get it, I'm not worried," Williamson said when asked about the race to be named the league's top rookie. He acknowledged how well Morant has played and pointed out he has missed a ton of time, undercutting his chances.

That hasn't stopped "relentless" fans and autograph seekers from swarming him in New Orleans, and he called NBA stardom "a big adjustment" while noting he was in high school a mere two years ago. 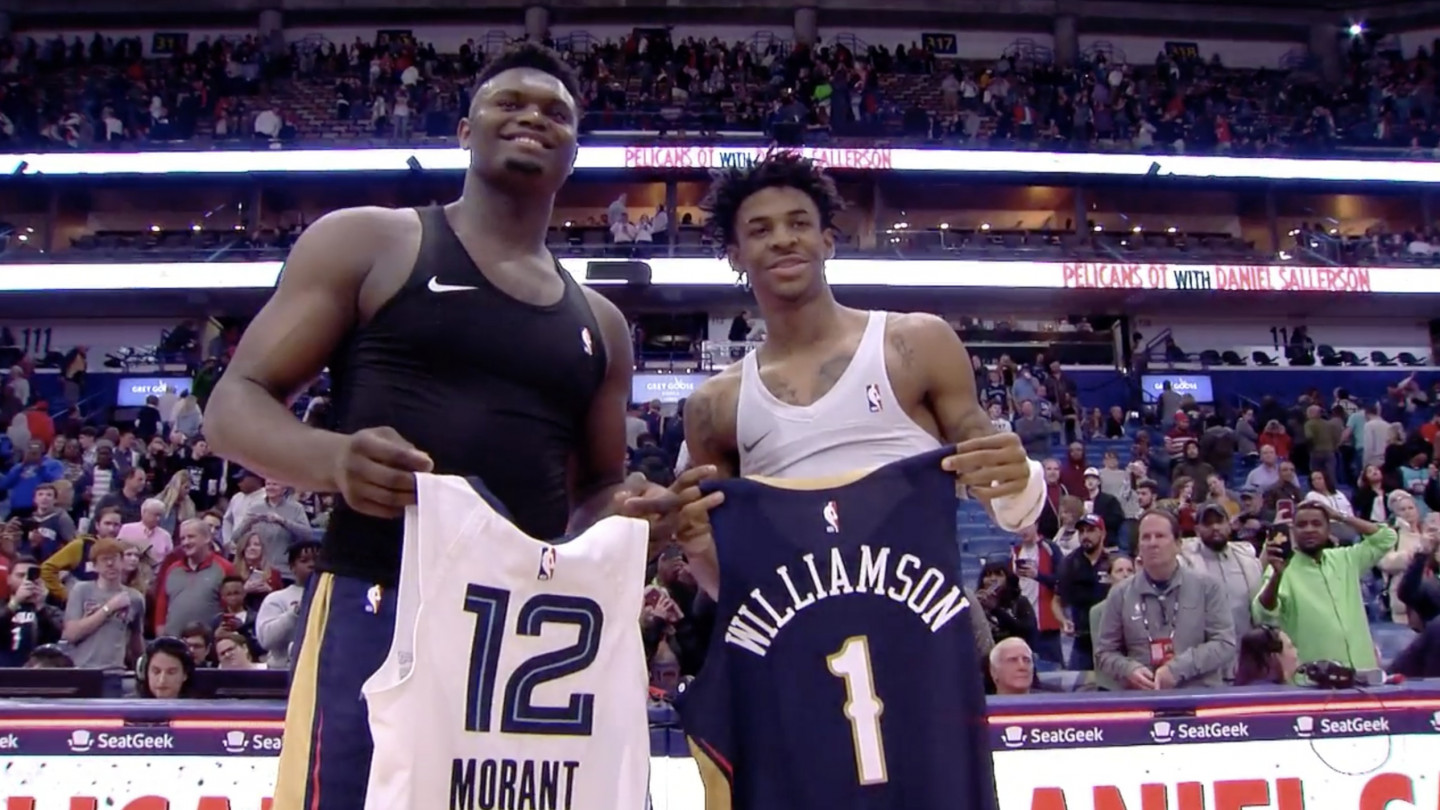 Williamson is just 19 years old but is already a superstar and a featured part of the Pelicans offense a handful of games into his career. Nichols asked him what has surprised him the most from this start, and he said how much his teammates have already started trusting him as a key playmaker.

He is a primary reason the future is bright in New Orleans, but the team still has an opportunity to make a run at Morant's Grizzlies before the playoffs with a core of Williamson, Jrue Holiday and Brandon Ingram.

The Pelicans are 5.5 games behind the eighth-seeded Grizzlies in the Western Conference and still play Memphis twice this season after winning each of the first two matchups between the two up-and-coming squads.

Williamson's main focus is on a postseason push, which he said is far more important than Rookie of the Year.