The New Orleans Saints have some key free-agent decisions to make this offseason, but Taysom Hill sounds open to playing with Drew Brees in 2020.

Appearing on Adam Schefter's podcast (h/t Charean Williams of Pro Football Talk), Hill explained he would have no problems potentially continuing his role in New Orleans' offense with Brees at quarterback:

“At the end of the day, I look at Drew coming back and maybe I’m not playing quarterback, which is ultimately where I want to have an opportunity to play in the NFL, but there are still going to be opportunities for me to make plays. I can tell you a unique experience for me that most backup quarterbacks don’t get is I’m in the huddle with Drew on game day. ... That to me is invaluable.”

Brees announced Tuesday on Instagram that he will return to the Saints next season.

Brees' return allows the Saints to breathe a sigh of relief. All three of their quarterbacks in 2019 are scheduled to become free agents next month.

Even though Brees hasn't signed a new contract, he told NFL Network's Jane Slater (h/t NFL.com's Kevin Patra) in January he would only play for the Saints if he decided to play next season.

"At this stage of my career, it's not a given that I'm coming back every year, but when that time comes, I'll always be a Saint," Brees said.

Teddy Bridgewater (unrestricted), who went 5-0 in 2019 when Brees was out due to a torn ligament in his thumb, and Hill (restricted) can test the open market.

Signed as an undrafted free agent out of BYU in 2017, Hill has emerged as a Swiss Army knife in head coach Sean Payton's offense.

In the Saints' 26-20 overtime playoff loss to the Minnesota Vikings, Hill caught a 20-yard touchdown pass from Brees and set up Alvin Kamara's four-yard touchdown run with a 50-yard completion to Deonte Harris.

Hill, 29, had his most productive regular season in 2019 with 390 yards from scrimmage and seven touchdowns on 46 touches. 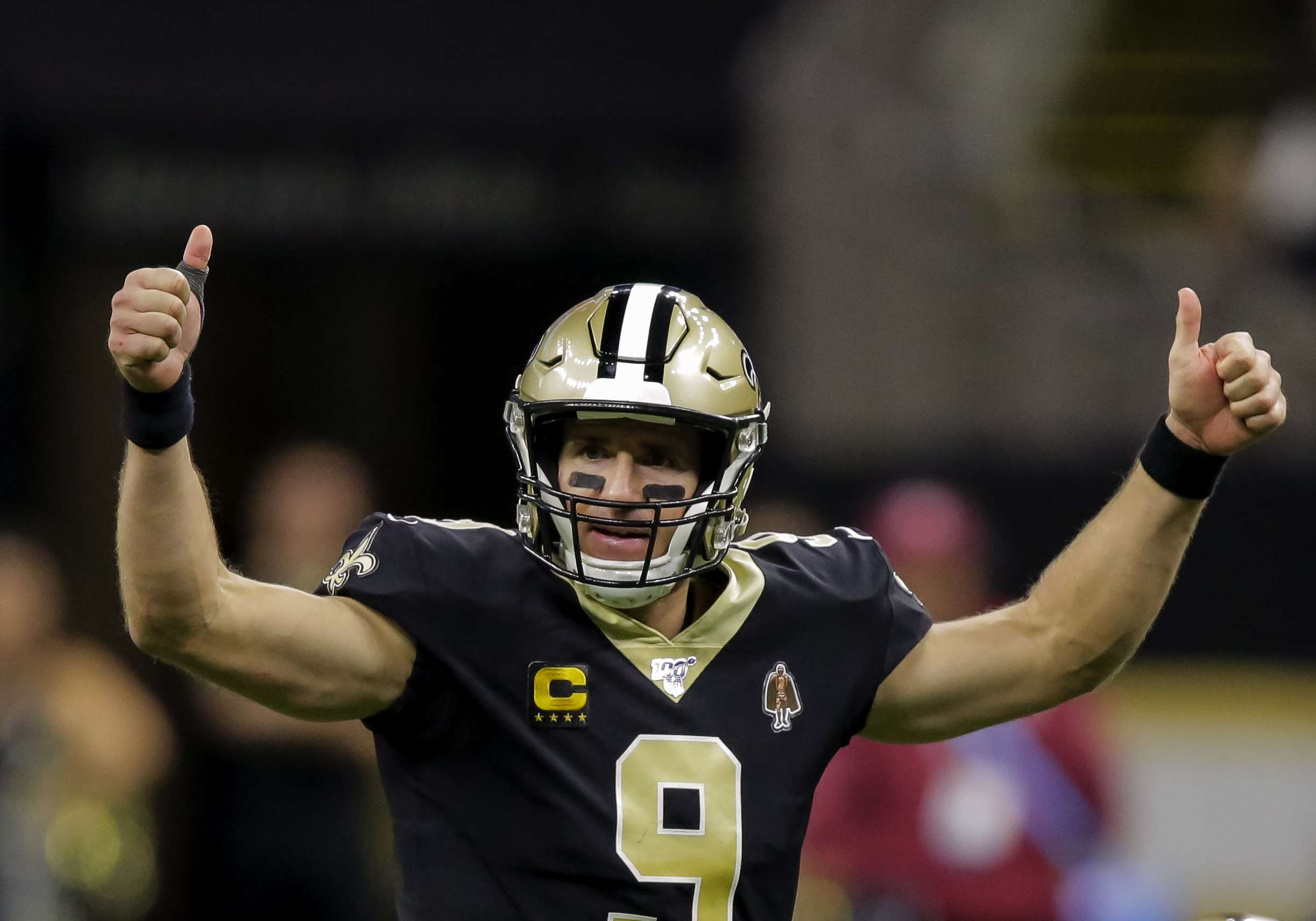