St. Louis Blues defenseman Jay Bouwmeester collapsed on the bench during Tuesday's game against the Anaheim Ducks and was stretchered off.

The Ducks announced: "There was a medical emergency near the Blues bench. A Blues player was taken into the dressing room, and the game is currently delayed."

Blues president of hockey operations and general manager Doug Armstrong released the following statement regarding the "cardiac episode" after the game was postponed:

"With 7:50 remaining in the first period of our game tonight, Jay Bouwmeester suffered a cardiac episode and collapsed on our bench after completing his shift. Thankfully, with the quick response of our medical trainers, Anaheim medical trainers and their team physicians, they were able to stabilize Jay. He was alert and moving all of his extremities as he was transported to UC Irvine Medical Center. Currently, Jay is conscious and alert as he undergoes further testing by Anaheim's physicians. We will update Jay's condition on Wednesday morning."

According to Eric Stephens of The Athletic, someone with NHL security said both teams agreed to postpone the game, which was tied at one in the first period, with "major concern regarding Jay Bouwmeester."

There will be a decision regarding a makeup date "in the near future," per NHL Public Relations.

Fox Sports Midwest noted one of the Blues players was taken away from the bench on a stretcher, and Tom Gulitti of NHL.com reported the replay showed that it was Bouwmeester who appeared to collapse on the bench.

SiriusXM NHL Radio provided an update, noting the Blues' broadcast said the defenseman was "awake on his way to the hospital."

Bouwmeester is a 36-year-old veteran who has been in the league since the 2002-03 season and played for the Florida Panthers, Calgary Flames and Blues. 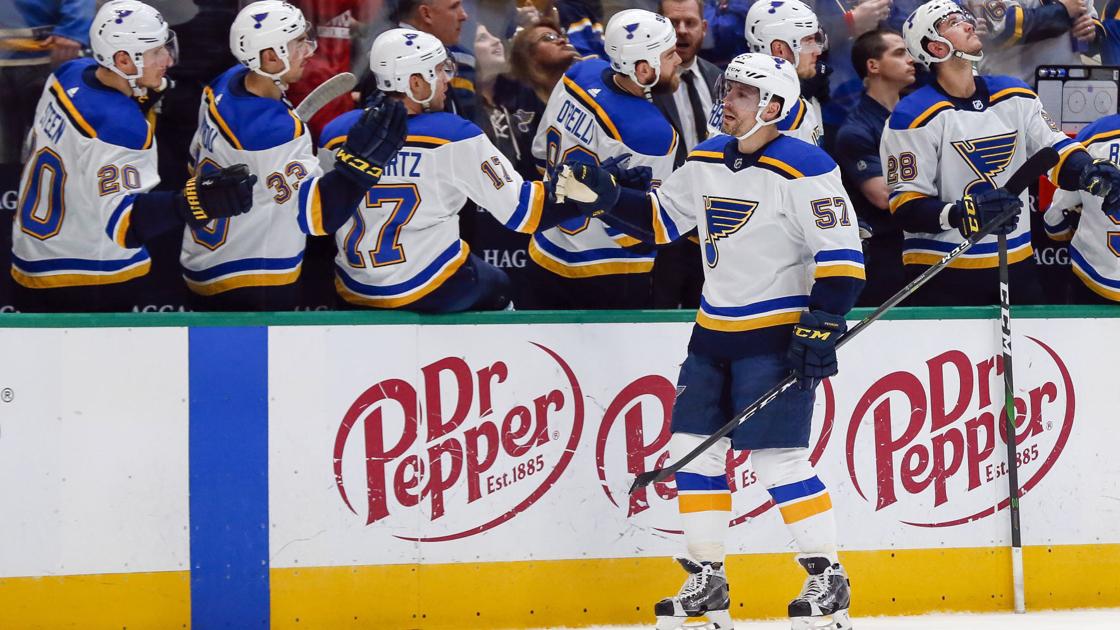 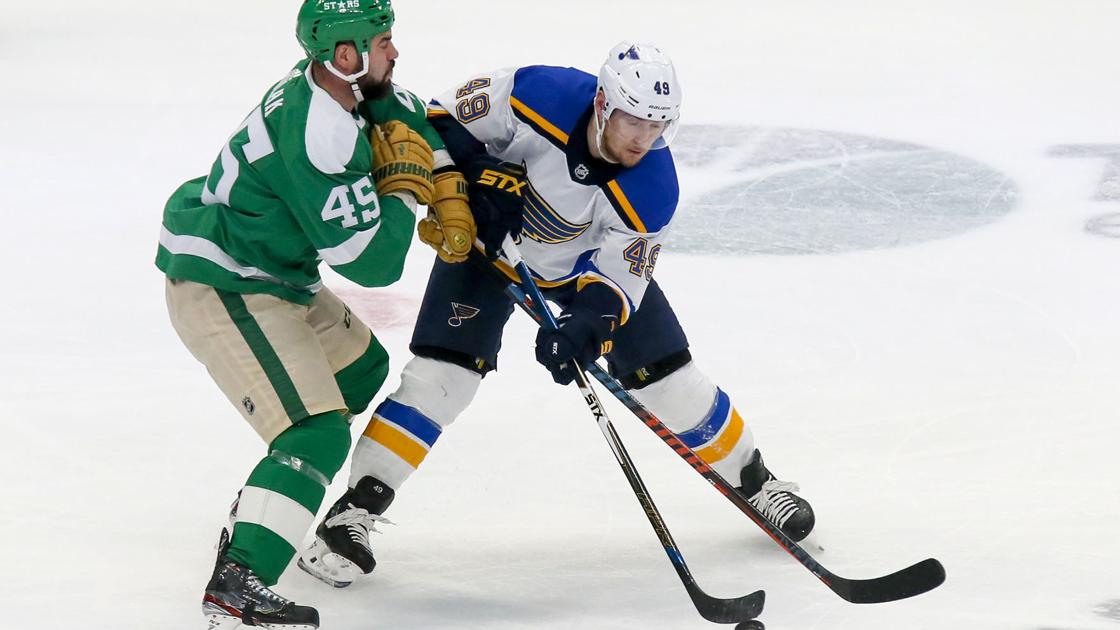 Blues dominate Dallas as they win third in a row, 5-1

Blues dominate Dallas as they win third in a row, 5-1

St. Louis Blues Pros And Cons From Game 62 At Dallas 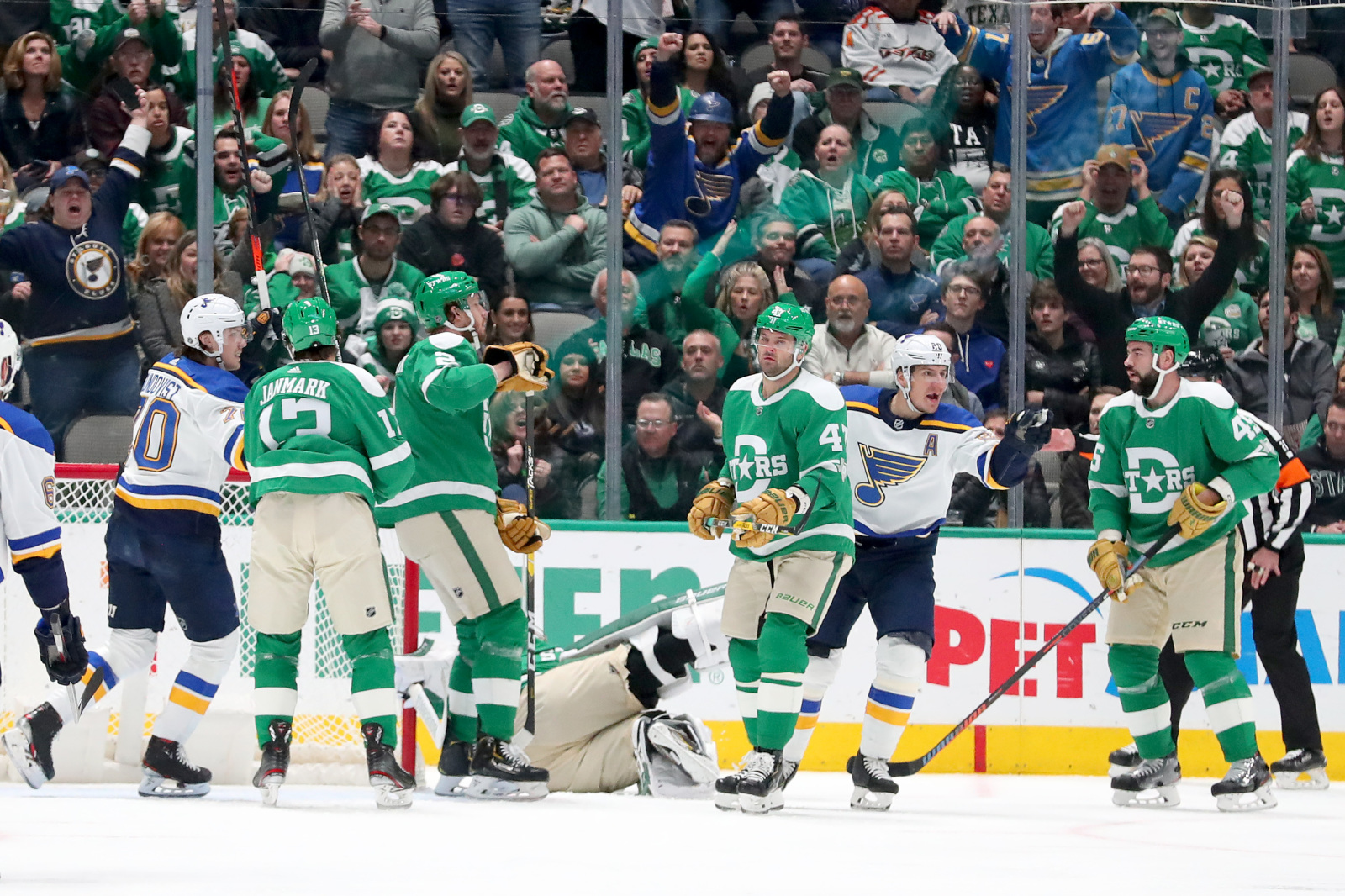 St. Louis Blues Pros And Cons From Game 62 At Dallas