Zion Williamson continues to live up to the hype.

The 2019 No. 1 overall pick was superb Tuesday night, scoring a career-high 31 points while leading the New Orleans Pelicans to a 138-117 victory over the Portland Trail Blazers at the Smoothie King Center.

The Pelicans came into the game without Brandon Ingram, who was ruled out with a sprained ankle. No matter. Williamson and the Pelicans blew the contest wide open in the third quarter, outscoring Portland 41-21 in the frame.

The win moved the Pelicans to 23-31 and 4.5 games behind the Memphis Grizzlies for the eighth seed in the Western Conference, while the Blazers fell to 25-30, which puts them three games behind the Grizz. 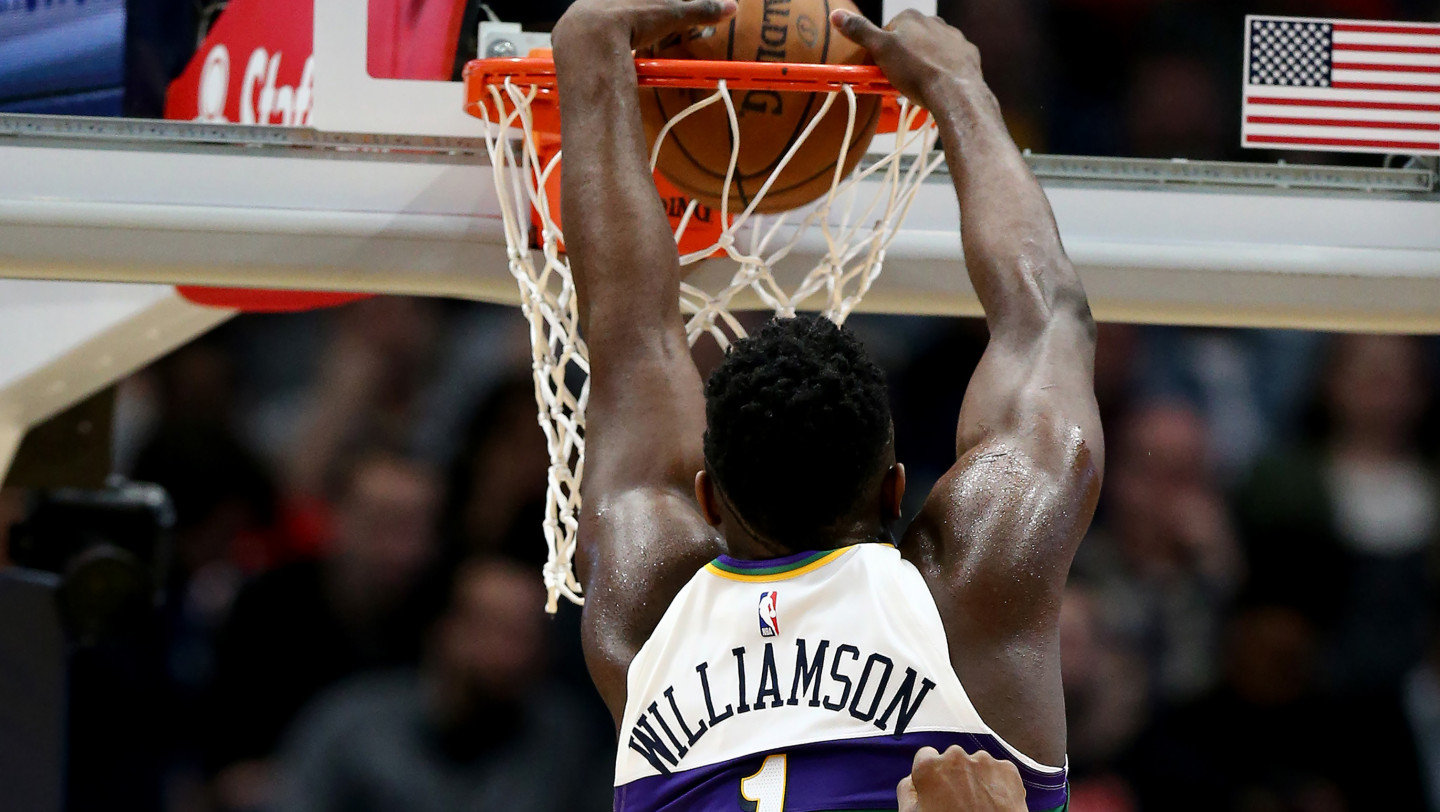 Williamson Has Been Worth the Wait

Although he has missed 45 games this season because of a knee injury and load management, Williamson has hit the ground running since making his regular-season debut in late January. He has now posted five straight games with 20 or more points.

He was the best player on the court for much of Tuesday's game, attacking the rim with gusto, crashing the boards, getting to the charity stripe 14 times (making 11 of those attempts) and dishing out smart passes to his teammates.

THE BACKBOARD IS SHAKING QUITE A BIT https://t.co/0haL4ijks6

Williamson is special to watch when he gets going downhill:

The time Williamson has missed this year will probably cost him the Rookie of the Year Award (and Grizzlies guard Ja Morant is a deserving winner). But make no mistake: Williamson is the best player in his draft class and the superstar we were promised.

There’s like 4 guys in the league that Zion can’t bully Just wait until he gets his man strength.

Zion is must see TV.

Zion is a Nissan Cube that can teleport and comes with the flamethrowing guitar player from Fury Road, standard

Watching him dominate this early in his career has been fun.

Lillard Is a Mere Mortal After All

The Blazers came into Tuesday's game with a 7-3 record in their last 10 games, and Lillard has been the primary reason, averaging an absurd 41.5 points per game in that time.

Lillard was hardly terrible Tuesday, reaching the 20-point mark for the 20th straight time. But he needed his teammates to pick up the slack against the Pelicans, which didn't happen.

It was a disappointing loss for a Blazers team that had been making headway in the playoff push in recent weeks. If the Blazers begin to stumble when Lillard doesn't play at an otherworldly level, they could be in serious trouble.

Lillard is incredible, but even he has his limits.

The Blazers have a crucial road matchup against the Grizzlies on Wednesday night, while the Pelicans will host the Oklahoma City Thunder on Thursday.