City progressed to the final 3-2 on aggregate, having won 3-1 in the first leg of the semi-final at Old Trafford, but De Bruyne was concerned that they did not take their chances.

"I can't really comprehend how we lost this game. We were way too wasteful today, we have to learn from this.

"We got sloppy. The goal, we don't clear the lines really good and out of nothing they scored. We need to learn from the mistakes."

United won on the night thanks to Nemanja Matic's first-half effort, ensuring a tense end to the game for the Citizens until the Serb was sent off for a second bookable offence, which dented the Red Devils' hopes of completing a comeback.

Sergio Aguero was repeatedly denied by David De Gea, though, and Raheem Sterling failed to hit the target when presented with a gilt-edged chance:

Pep Guardiola's side were more clinical in the first leg, as Bernardo Silva, Riyad Mahrez and an Andreas Pereira own goal sent them on their way before Marcus Rashford pulled one back:

However, even in that game, City could easily have been more than three goals ahead before Rashford grabbed his, such was their dominance.

The Sky Blues will be overwhelming favourites in the final against Aston Villa, whom they beat 6-1 earlier in January, but their profligacy is understandably a worry with Real Madrid awaiting in the UEFA Champions League round of 16.

De Bruyne's team-mate Ilkay Gundogan said the clashes with United were a "great test" for their two-legged tie with Los Blancos and that Guardiola had told them the match would be "an experience we have to survive and overcome."

City have scored 65 goals in the Premier League this season, nine more than leaders Liverpool, so finding the net isn't normally a problem for them. To progress past Madrid they can ill afford not to convert any chances that come their way, though, particularly as the Spanish giants have shipped just 13 La Liga goals in 24 games this season.

The English champions' defence is an even more pressing concern. They were unable to see out the first leg with a clean sheet, and their defending for Matic's goal wasn't exactly convincing, either.

The Citizens have conceded 27 goals in 24 league matches this season—having shipped just 23 in the whole of the last campaign—so they could be vulnerable against an attack comprising Eden Hazard and Karim Benzema. 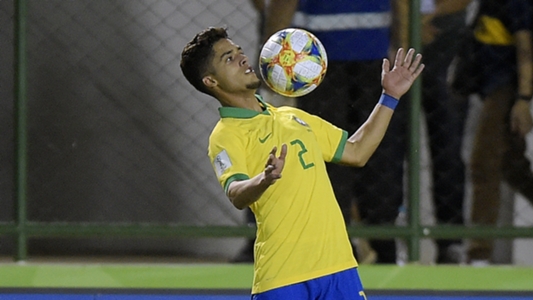