Alabama quarterback Tua Tagovailoa has yet to make a decision on his future and could choose to return to the Crimson Tide for his senior season. But if he does declare for the 2020 NFL draft, ESPN's Mel Kiper Jr. said there is a "slim to none" chance that he would drop out of the first round "if there are no setbacks in his rehab from his hip injury."

Kiper added: "You're talking about the best pure passer in this class. Could he drop to the middle of the first round because of the injury? Yes. But he's going to go earlier than most people think. And some team is going to find its quarterback of the future."

ESPN's Todd McShay added in that article that LSU's Joe Burrow is the top quarterback prospect in the 2020 draft class, but noted: "If Tagovailoa were completely healthy, this quarterback picture would be much cloudier—the Alabama lefty would still be QB1 for me if this was based on talent and tape alone. He is a special prospect, with incredible accuracy at all levels, a strong arm and great vision."

Tagovailoa, 21, has indeed had a special college career. In 32 games for the Crimson Tide over the past three years, the left-hander has thrown for 7,442 yards, 87 touchdowns and just 11 interceptions, completing an impressive 69.3 percent of his passes.

Alabama is 30-2 in his appearances, and Tagovailoa was the Heisman Trophy runner-up to Oklahoma's Kyler Murray a season ago. Had he not had his season cut short due to a hip injury this year, the Hawaii native likely would have been a finalist in New York yet again (even if Burrow would have almost assuredly remained the front-runner).

There's little doubting his impressive resume or ability—the question will come down to his health.

Even with his injury, there's an excellent chance he'll be a top-10 pick this year. Giving up that guaranteed money to play another year of unpaid football would be a gambit.

"Yeah, I think that'd be tough to pass up," Tagovailoa said on Dec. 5 when asked if he would declare for the NFL draft if he was guaranteed to be picked in the top 10 or 15, per Armando Salguero of the Miami Herald. "But I think there's a lot more to it than that in some aspects. I don't want to say too much because what me and my family talk about, I want it to be between me and my family." 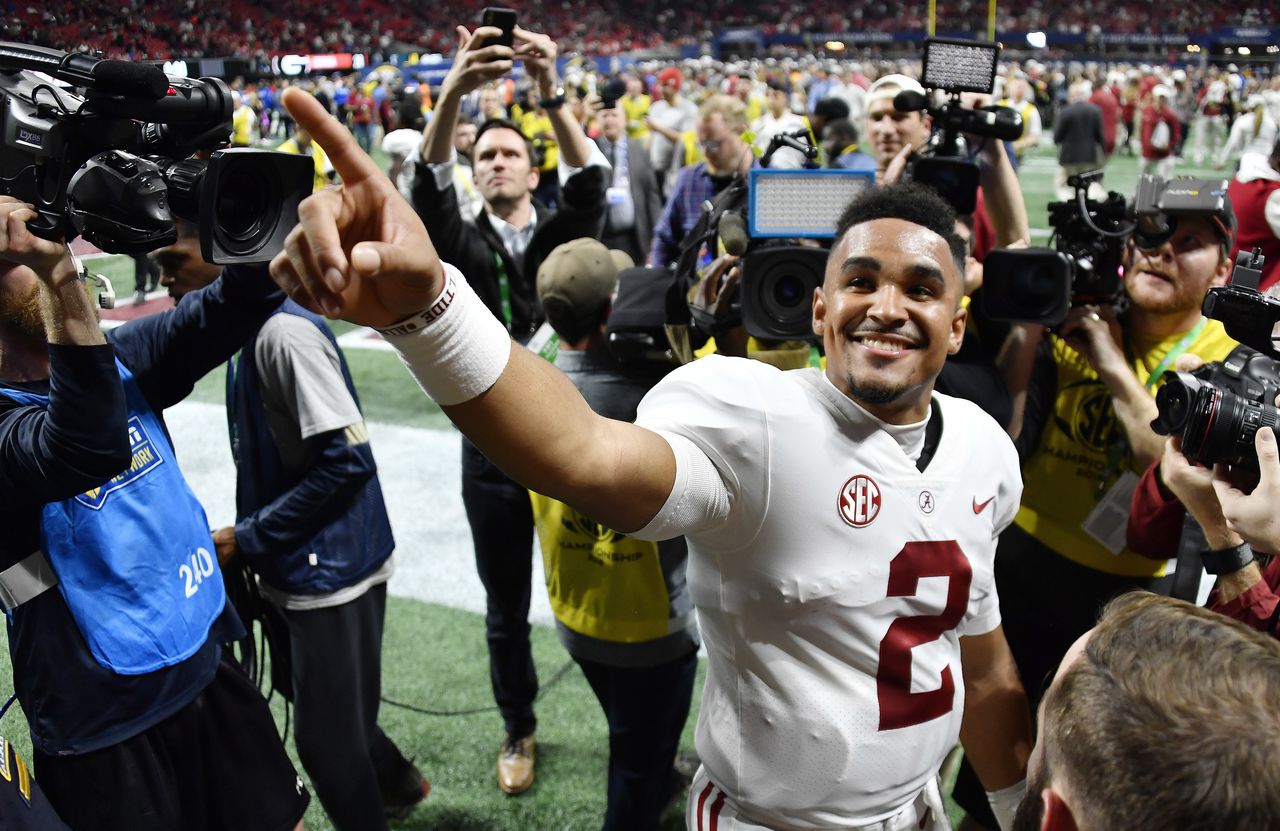