Jose Mourinho's return to his former club got off to the worst possible start when Rashford opened the scoring for the hosts inside the first six minutes.

The Red Devils went on to dominate and ought to have added a second. Rashford went the closest with an effort from range that goalkeeper Paulo Gazzaniga tipped on to the crossbar after 24 minutes.

The Tottenham goalkeeper also denied Rashford again and Mason Greenwood from point-blank range, while Jesse Lingard curled an effort wide of the target in an impressive opening spell.

Spurs hit back before the break through Dele Alli. The midfielder showed brilliant skill to control a dropping ball, flick it over his head and fire past David De Gea from inside the six-yard box.

However, Manchester United restored their lead at the start of the second half. Rashford won a penalty after being clipped by Moussa Sissoko and sent Gazzaniga the wrong way from the spot to hand Mourinho his first defeat as Spurs boss.

Manchester United made four changes for Wednesday's match. Scott McTominay returned from injury in midfield, while 18-year-old Greenwood was handed his first Premier League start of the season. Lingard and Ashley Young also returned to the starting XI. 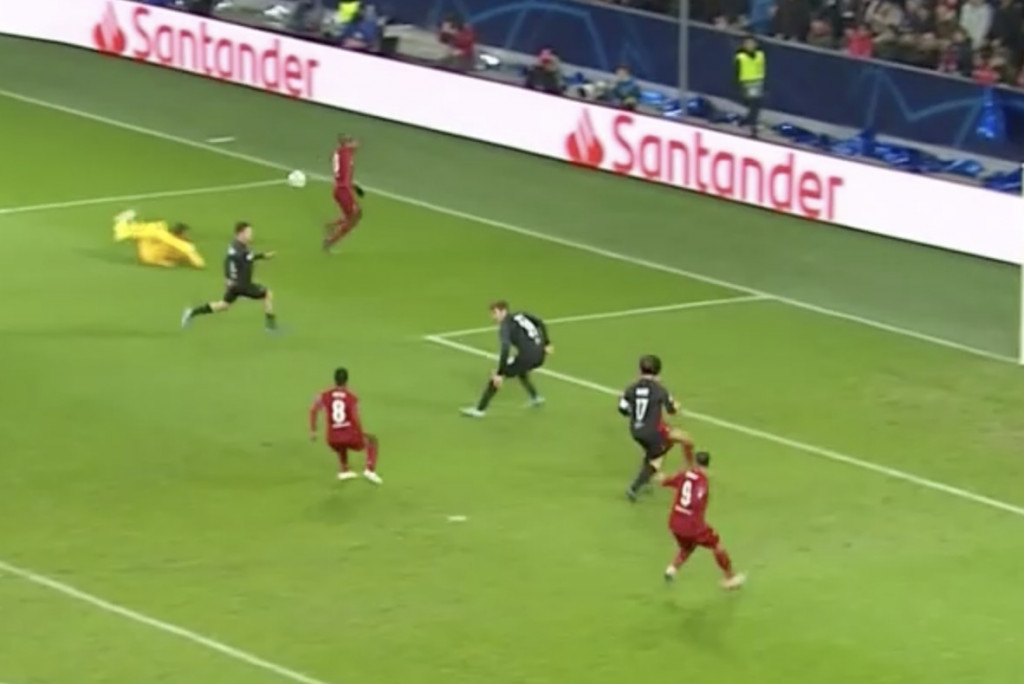 Mourinho replaced Eric Dier with Harry Winks in midfield and also brought in Lucas Moura in place of Tanguy Ndombele.

The teams are IN for Man Utd 🆚 Tottenham! Who wins? 🤔 #MUNTOT https://t.co/6cdly4fVYb

The hosts got off to the perfect start with an early opener. The ball broke to Rashford on the edge of the penalty area, and he curled a low shot that beat Gazzaniga at his near post.

Samuel Luckhurst at the Manchester Evening News felt the goalkeeper ought to have done better:

Awful error by Gazzaniga. Porous at his near post. Mourinho had sat down but he's back out now. Rashford really whipped up the crowd after that and United fans are singing Solskjaer's name again. #mufc

Mourinho was even involved in the play in the early stages. Winks' late challenge on Daniel James sent the winger flying off the pitch, where he hit his head against Mourinho's shin and end up in a heap.

James required treatment but returned unscathed as Manchester United went on to spurn several good chances to double their lead in the opening 45 minutes.

Rashford sent a free-kick just wide on 18 minutes, while Greenwood shot straight at Gazzaniga after being teed up by Lingard.

Gazzaniga tipped another effort from Rashford from range onto the woodwork and then denied the Manchester United striker again, diving to parry his curling strike around the post.

James Robson at the Evening Standard noted Rashford's impact on the match:

Spurs made the hosts pay for not adding a second by equalising on 38 minutes. Alli continued his return to form with his fifth Premier League goal of the season.

Moussa Sissoko fired in a shot that De Gea blocked with his foot, but Alli managed to bring it down, turn and slot the ball past the Spain international.

The strike drew plenty of plaudits:

#thfc Wow - incredible goal by Alli to equalise. From nowhere.

Brilliant, brilliant goal. United have the price for not making the most of their superiority #mufc

Manchester United managed to hit back straight after half-time. Sissoko brought down Rashford as they chased a ball toward the endline, and the England international picked himself up and coolly sent Gazzaniga the wrong way:

Manchester United continued to work the Spurs goalkeeper in the second half. Gazzaniga twice denied James, while the hosts needed De Gea to keep out efforts from Serge Aurier, Ndombele and Alli.

The win eases the pressure on Solskjaer following disappointing draws against Aston Villa and Sheffield United and will provide a much-needed boost ahead of Saturday's Manchester derby.

Manchester United take on local rivals Manchester City at the Etihad Stadium on Saturday, while Tottenham are in action on the same day at home to Burnley.