The Philadelphia Eagles are 5-6 entering Week 13, and fans are not pleased.

Neither is quarterback Carson Wentz.

The 26-year-old's comments came after his poor performance in the Eagles' 17-9 loss to the Seattle Seahawks last Sunday. Wentz threw two interceptions and fumbled the ball three times, losing two of them.

Overall this season—his fourth since the Eagles drafted him second overall in 2016—Wentz has 2,530 yards, 17 touchdowns and six interceptions with a 63.1 QB rating across 11 games.

Wentz has done little to inspire confidence for the long-term, especially after Philly committed to him over the summer on a four-year extension worth $128 million with the potential to reach $144 million ($66 million fully guaranteed).

Michael Vick, who quarterbacked the Eagles from 2009-13, opined on the situation on Fox Sports 1's Speak For Yourself Monday (h/t NBC Sports Philadelphia):

"He will fail in Philadelphia. The bar has been set so high by Nick Foles. Regardless of when he came in, [Foles] did what he did and won the Super Bowl. The ceiling has been set. Along with Carson Wentz's character which has been questioned by his teammates and the public, it just makes it difficult for him. I think he's fighting an uphill battle, week in and week out. To win, to be a good teammate. It's a lot. It takes a lot from you to handle that responsibility."

"They put that stupid statue out there of a backup quarterback." Rex Ryan did NOT appreciate Eagles fans booing Carson Wentz 😳 https://t.co/TqG7jyiVIR

Brandon Graham on how Carson Wentz should react to Mike Vick’s comments that Wentz will fail in Philadelphia “Everybody has their opinions, but I think if anything, that should be motivation for him.” #Eagles https://t.co/TM439lUhH5

This is the first season since Wentz's rookie campaign that injuries haven't sidelined him. His 2017 ended prematurely due to a torn ACL, and Foles stepped in to lead the Eagles to their first Super Bowl title in franchise history. Last season was abbreviated by lingering back issues.

This season, Wentz's only problem has been his performance.

Even so, Philadelphia has a shot at winning a weak NFC East. The Eagles are second in the division to the 6-5 Dallas Cowboys, who they play one more time on Dec. 22.

Up next for the Eagles are the 2-9 Miami Dolphins on Sunday.

The History of the Eagles Rivalries 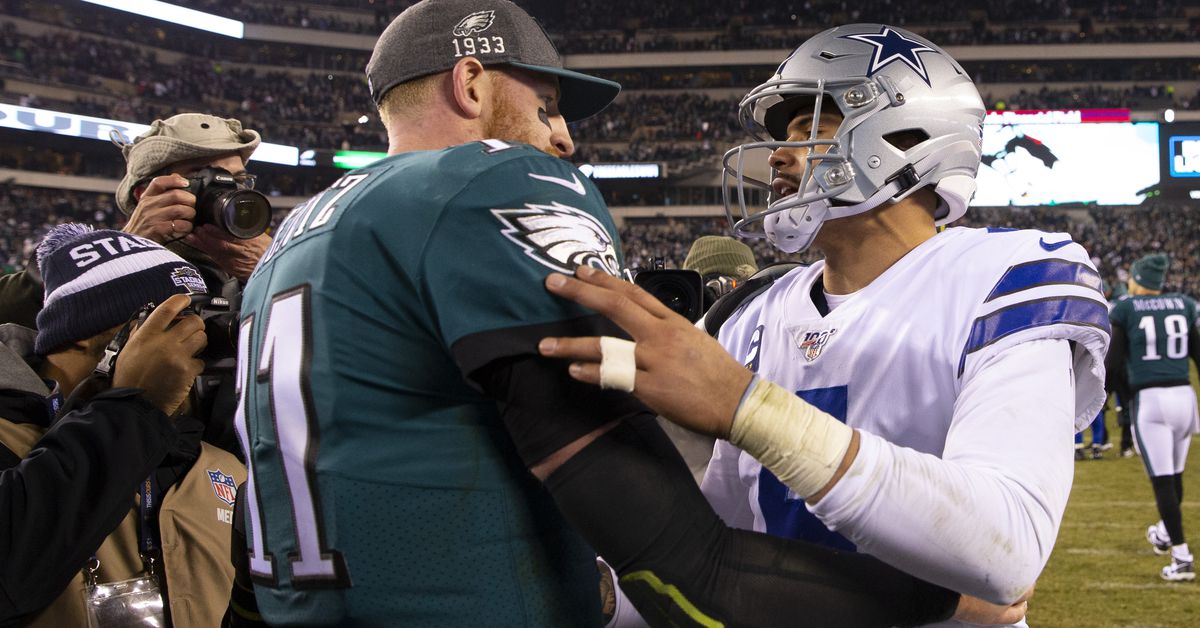 The History of the Eagles Rivalries

Patrick Mahomes' 10-year extension is worth $503M, the largest contract in sports history

Watson, Dak and Others in Line for New Contracts After Mahomes

Watson, Dak and Others in Line for New Contracts After Mahomes