According to NFL Network's Ian Rapoport (h/t Brad Crawford of 247Sports), it is a "likely scenario" that Newton will be playing for a team other than the Panthers next season because of his contract situation:

"The likely scenario is Cam Newton is playing for a different team next offseason and here's why—he's due $19 million in salary and none of it is guaranteed. He is a franchise quarterback who is intent on being healthy for March. That means he's very tradeable, similar to Joe Flacco, a place by the way like Chicago if they're in the market for a quarterback. From my understanding, Cam Newton would in fact welcome that if it all worked out."

Newton, who is on injured reserve with a foot injury, is considering surgery to repair torn ligaments in his foot, which would require eight to 10 weeks of recovery. It would allow him to be healthy in time for the Panthers to trade him, per Rapoport.

After struggling to the tune of 572 passing yards, no touchdowns and one interception in Carolina's 0-2 start this season, Newton was ruled out due to a foot injury. The door was initially left open for him to return at some point during the season, but the Panthers placed him on IR last week.

Newton entered the 2019 campaign withe some uncertainty regarding his health after missing the final two games of last season with a shoulder injury that required offseason surgery.

During Newton's absence, the 23-year-old Kyle Allen has stepped in and performed admirably. He is 5-2 as a starter this season and is completing 61.5 percent of his passes for 1,598 yards, 10 touchdowns and five interceptions.

Arguably, Allen's greatest asset has been his ability to get the ball in the hands of running back Christian McCaffrey, who is the catalyst of the Carolina offense. McCaffrey has racked up 1,385 yards from scrimmage this season, and his 14 total touchdowns are tops in the NFL.

The jury is still out on whether Allen will be a quality NFL starting quarterback over the long haul, but keeping him in that role is an attractive option since he is making just $495,000 this year, and won't make much next year either as an exclusive rights free agent.

Newton can become a free agent after the 2020 season, so if a team trades for him, there is no guarantee he will be with them for more than one season.

That may be worth the risk for a team like the Bears who have been held back by quarterback play this season. After going 12-4 and winning the NFC North last season, the Bears are just 4-5 so far this season.

Chicago still has one of the NFL's best defenses, but quarterback Mitchell Trubisky has just 1,390 yards, eight touchdowns and three interceptions through eight games for a Bears team that is 27th in the NFL in scoring.

There are some questions about Newton's health and how long he can be a productive quarterback now that he's 30, but he is a three-time Pro Bowler and one-time NFL MVP who has taken his team to the Super Bowl before.

If Trubisky doesn't improve down the stretch and the Bears decide it is time to move on from him, there may be no better option available to them than Newton. 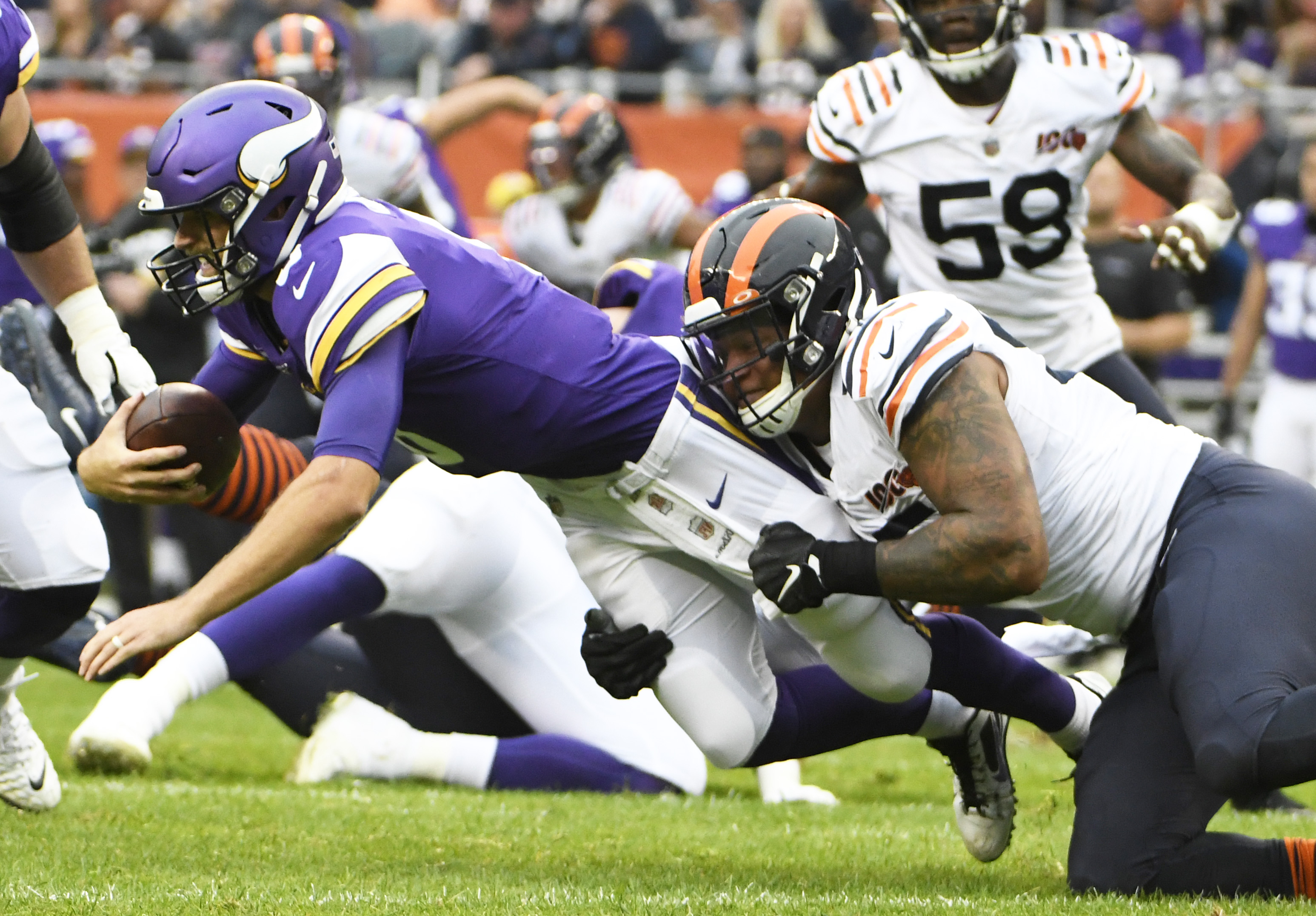