The New England Patriots added another weapon for quarterback Tom Brady on Tuesday in the form of wide receiver Mohamed Sanu.

On Tuesday, the Falcons announced they dealt Sanu to New England in exchange for a 2020 second-round draft pick.

After the deal, Sanu took to Twitter to thank the Falcons for his time with the team and reacted to joining the Patriots:

I appreciate everything the organization has done for my family &amp; I. Mr. Blank, TD, Coach Q, &amp; everyone through the organization, I am forever grateful for the opportunity. To my Teammates &amp; fan y’all know how I feel about y’all love y’all to death. #ThankYou

Brady quickly followed up and welcome his new receiver to New England:

Sanu has spent the past four seasons in Atlanta, but with the Falcons off to a disappointing 1-6 start, he became an expendable commodity.

NFL Network's Ian Rapoport noted that the Pats have long coveted Sanu and even attempted to acquire him during the 2019 NFL draft.

The 30-year-old is in the midst of his eighth NFL season after spending his first four years with the Cincinnati Bengals. He has been a No. 2 or No. 3 receiver for most of his career and has usually hovered between 500 and 700 receiving yards with 4-5 touchdowns per season.

Last season was arguably Sanu's best as an NFL player, as he finished with 66 catches for a career-high 838 yards and four touchdowns. Through seven games this season, Sanu has 33 receptions for 313 yards and one score.

Sanu joins a Patriots team that has been in need of more outside playmaking all season long despite their 7-0 record. In addition to tight end Rob Gronkowski retiring prior to the season, rookie first-round pick N'Keal Harry is on injured reserve and wide receiver Josh Gordon missed Monday night's win over the New York Jets with a knee injury.

The 6'2", 215-pound Sanu gives Brady a big, physical weapon on the outside, and many believe he will be an ideal fit in New England, including Bleacher Report's Mike Freeman and Neil Reynolds of Sky Sports:

Sanu is dramatically underrated. This is an outstanding move by the Patriots. It’s actually a steal. https://t.co/uPIvDa2X6V

Mohamed Sanu is tough, intelligent and versatile. 3 things Bill Belichick looks for in every player, regardless of position. @Mo_12_Sanu will shine in New England.

Sanu also has one year remaining on his contract beyond 2019 at $6.5 million, so he isn't a rental, which makes it a bit easier to surrender a second-round pick.

Additionally, Sanu checks so many of the boxes that head coach Bill Belichick seems to covet. That includes his affinity for Rutgers products, as Jason McCourty, Devin McCourty, Duron Harmon and Sanu are all former Scarlet Knights on New England's roster.

Also, Sanu is a former quarterback who later became a receiver, much like Edelman. That means Belichick will have no shortage of trick-play options at his disposal when both Sanu and Edelman are on the field.

The move also makes sense from Atlanta's perspective since 2019 has become something of a lost season. The Falcons also have a lot of mouths to feed offensively in wide receivers Julio Jones and Calvin Ridley, tight end Austin Hooper and running back Devonta Freeman.

Given Atlanta's deficiencies on defense, landing an extra second-round pick to address that side of the ball could turn out to be a major coup in the long run. 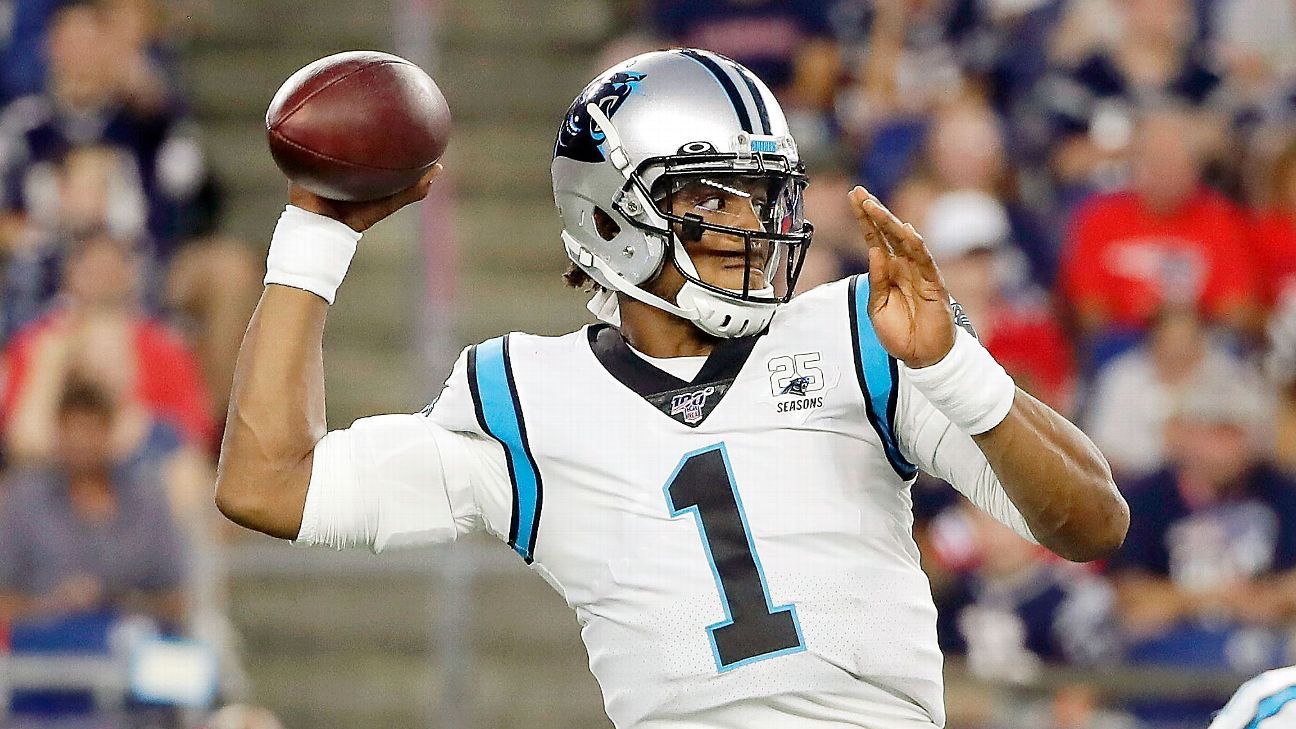