Antoine Griezmann has said Barcelona are currently "far from our best," but he is confident "everything will improve" during the 2019-20 season.

The Blaugrana fell to a shock 2-0 defeat to Granada at the weekend to confirm their worst start to a La Liga season in 25 years:

On Tuesday, though, they beat Villarreal 2-1 at the Camp Nou to move to fourth in the table, one point off the league leaders.

Athletic Bilbao and Real Madrid both play on Wednesday, so Barca could find themselves four points off the pace again.

But Griezmann believes, with players coming back from injury, the defending champions can continue to improve after picking up only their third win of the campaign against Villarreal, per Movistar (h/t Juan Jimenez of AS): "Many players have just come back. We try to put the best possible team on the field. We are far from our best but with games, everything will improve."

Griezmann, 28, opened the scoring against the Yellow Submarine with a fine near-post header from Lionel Messi's corner, and Arthur put Barca 2-0 ahead with a rocket in the 15th minute.

Santi Cazorla pulled one back for Villarreal just before the break, but Barca managed to see out the win.

France international Griezmann joined the Blaugrana from Atletico Madrid in the summer, and despite a difficult start for Barca, he has some decent numbers already this season:

5 - Antoine Griezmann 🇫🇷 has been involved in 5 goals in La Liga this season (3 goals, 2 assists), more than any other Barcelona player. Introduction. https://t.co/l3WmYrTi7T

But as well as predicting improvement in the team, Griezmann is also confident he will get better as he settles in at the Camp Nou, per Movistar (h/t Jimenez): "It's different [here]. Another style of football, a different position. I know that it would cost me and that I was going to improve. I'm not too bad either, though, no? Three goals? I can improve, yes. But I have to keep working."

Barca need to go on a run of wins in order to establish themselves as title contenders after their poor start to the campaign.

One of their biggest problems recently has been playing away from the Camp Nou. They have not won on the road in a competitive fixture since April.

They visit Getafe on Saturday, and manager Ernesto Valverde will be desperate for his side to break their poor away run or the pressure that was relieved by the win against Villarreal will return. 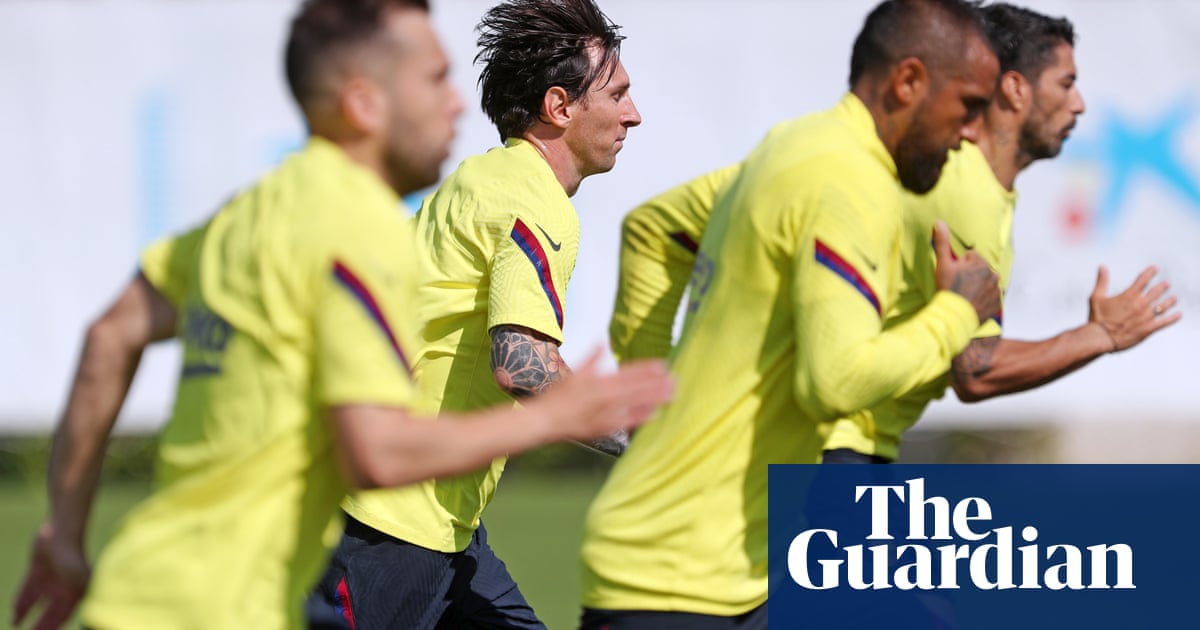