Liverpool manager Jurgen Klopp has given updates on Virgil van Dijk, Naby Keita, Alisson and Divock Origi ahead of the Reds' trip to Chelsea on Sunday.

Per the Liverpool Echo's Paul Gorst, on a potential injury to Van Dijk, Klopp said:

"Does it keep me awake? Not yet. It is the reason we have four centre-halves. It is not easy for the 'in the moment' No. 4 to play. Of course [injuries] can happen but cannot think about them before they happen. We all need luck to be successful.

"I've said it a lot of times, we have four world-class centre-backs. They can all play together in each partnership."

The Times' Paul Joyce shared the manager's update on the others:

Van Dijk was virtually ever-present for the Reds last season, starting all 38 games in the Premier League and completing all but one. It was no coincidence the team conceded just 22 goals, the best defensive record in the division.

Alisson has been out of action since suffering a calf injury in the opening Premier League game of the season against Norwich City, while Origi limped out of the Reds' 3-1 win over Newcastle United with an ankle problem. Keita suffered a hip injury in Liverpool's penalty shootout win over Chelsea in the UEFA Super Cup.

According to Gorst, Klopp did not rule out the possibility of Origi facing Chelsea at Stamford Bridge on Sunday, though he did say it was "unlikely."

In Alisson's absence, summer signing Adrian has been in goal. The Spaniard has made some mistakes during his run in the side, including an error at Southampton in which he played the ball straight to Danny Ings.

Per the Echo's Connor Dunn, Klopp believes he and the rest of the squad are more used to playing with one another now.

"Players are human beings, they make mistakes, it happens," he said. "The players know Adrian a lot better and now have a real connection which wasn't there the first few games. We use Adrian without match experience for I don't know how long."

The Reds have won just once in their last 12 visits to fellow top-six sides, but Klopp defended that record:

Klopp: "We play Chelsea away always pretty late. Man Utd last year was not a thriller, we could have won it. Different reasons [for the record]. We have a job to do, but we have prepared for the game despite that [top six] stat. It's difficult to win away at Chelsea."

Chelsea come into the match on the back of a UEFA Champions League defeat at home to Valencia, who beat them 1-0.

The Blues are yet to keep a clean sheet in seven games this season, and in five of them they've shipped at least two goals.

With Liverpool's firepower, there's a strong possibility of them breaching Chelsea's back line on Sunday. 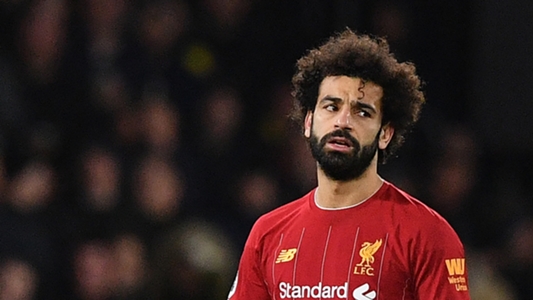