It was a busy summer at the Santiago Bernabeu Stadium, with Real Madrid sealing five huge deals as part of a squad overhaul.

Eden Hazard topped the list with his £90 million move from Chelsea, but add to that the £54 million arrival of Luka Jovic from Eintracht Frankfurt, Eder Militao's £45 million move from FC Porto, Ferland Mendy joining from Lyon for £43.2 million and Rodrygo agreeing a £40.5 million switch from Santos, and you have a cast of stars ready to help restore the club's status in European football.

Yet the truth is, it's not enough.

Early signs from La Liga this season show there are still big flaws in the team, and Wednesday night's humiliation at the hands of Paris Saint-Germain in the UEFA Champions League simply underlined them. Weaknesses in midfield and defence still exist, and they are still heavily reliant on Karim Benzema in attack.

There is an acceptance in the corridors of power that more will be needed if Los Blancos are going to return to the peak of their powers anytime soon.

And next summer we should brace ourselves for a transfer binge that could be even more jaw-dropping than the £272.7 million outlay on Hazard, Jovic, Militao, Mendy and Rodrygo.

B/R sources who are well-connected with figures at the La Liga club insist Kylian Mbappe and Paul Pogba top the wanted list—and that both signings are viewed as possible.

The chase for Pogba's signature during the last transfer window was reported widely, but influential figures inside United believe there was actually little discussion over a switch to Madrid. That will change over the next 10 months, when agent Mino Raiola is expected to become more active in moving the midfielder on.

United are already trying to push for negotiations over a new contract—with his current one up in 2021—yet Pogba has little interest, according to sources. They indicate the 26-year-old wants to get back to challenging for major titles. Within his immediate circle, Madrid and Juventus are seen as the best fits.

The Spanish capital would be ideal, particularly if Zinedine Zidane is still at the helm. He has been pushing strongest for the France international to be signed since returning to the club as boss, and even Pogba's brother, Mathias, admitted as much this week.

The CD Manchego player told Radio Marca: "He wanted players, he didn't get them, but I have no doubt that he's going to do the work he needs to do in order to get the team back to the level he wants. I like Zidane and he likes my brother—everyone knows it."

Zidane finds himself under pressure right now, but for the time being, Pogba is their midfield priority for 2020.

Mbappe is the man who really would be seen as a game-changer, though.

Presidents of both clubs were at Wednesday's UEFA Champions League match between PSG and Real Madrid, and relations between the two sides are good.

This summer, Madrid's interest in Neymar was all set out clearly for the Parisian club's owners. They were not aggressive about the situation, just interested in what was going on and wanted to be kept in the loop over any progress that might be made in terms of him becoming available.

That deal never happened, of course, but eventually a deal was struck when a goalkeeper swap involving Keylor Navas and Alphonse Areola materialised.

PSG know a bid for Mbappe could be coming next year. It's part of the reason they are trying to get him to sign a new contract.

The France international is already the highest-paid 21-year-old in the game thanks to a salary worth £325,000 per week, according to Capology, but Madrid are not to be deterred. His marketability off the pitch is every bit as mouthwatering as his talent with a football.

One insider told B/R that many figures at PSG believe Madrid could actually have afforded Neymar in the summer, whereas Barcelona could not so were having to try to include player swaps. However, Real will not go back in for him, and their focus will instead turn to his Parc des Princes team-mate.

Marca's Chris Winterburn is a Spanish football expert fully expecting further work on the Bernabeu squad. He told B/R: "Real Madrid would ideally like to rebuild their midfield, but this summer it wasn't possible.

"Mbappe is their most serious target, he's the Benzema replacement in the long term and won't re-sign with PSG. Relations between the two clubs are very good—and don't rule out Luka Jovic being dispensed with next summer.

"In terms of the midfield, Luka Modric has wanted to leave since 2018; he has felt he's done everything with the club and wants a new challenge. Unfortunately his level of play has stayed at a high level, so Real didn't want to lose him. That's gradually changing. Toni Kroos' situation is similar, so I wouldn't be surprised if N'Golo Kante is on their radar as well."

Modric is one of the players likely to move on, with his contract set to expire in 2020. The futures of Marcelo, James Rodriguez, Isco and Jovic are also likely to come under scrutiny, but a raft of departures is not necessarily needed to fund an extravagant push for Pogba and Mbappe.

A report in Spanish outlet AS on Sunday suggested the budget for a big summer spend is already in place—with £138 million cash already available and a further £252 million available in credit—which is not attached to their plans for a stadium refurbishment.

In theory, the Pogba-Mbappe scenario could be possible.

In terms of valuations, Pogba is currently rated around the £100 million mark, which Madrid have not wanted to meet in the past but may have to seriously consider next time.

As for Mbappe? Well, £250 million is ringing around Paris as the magic number for anyone interested in even contemplating the idea of taking him away from the French capital.

As a new Galactico summer is constructed, we should prepare ourselves for a level of spending that is out of this world. 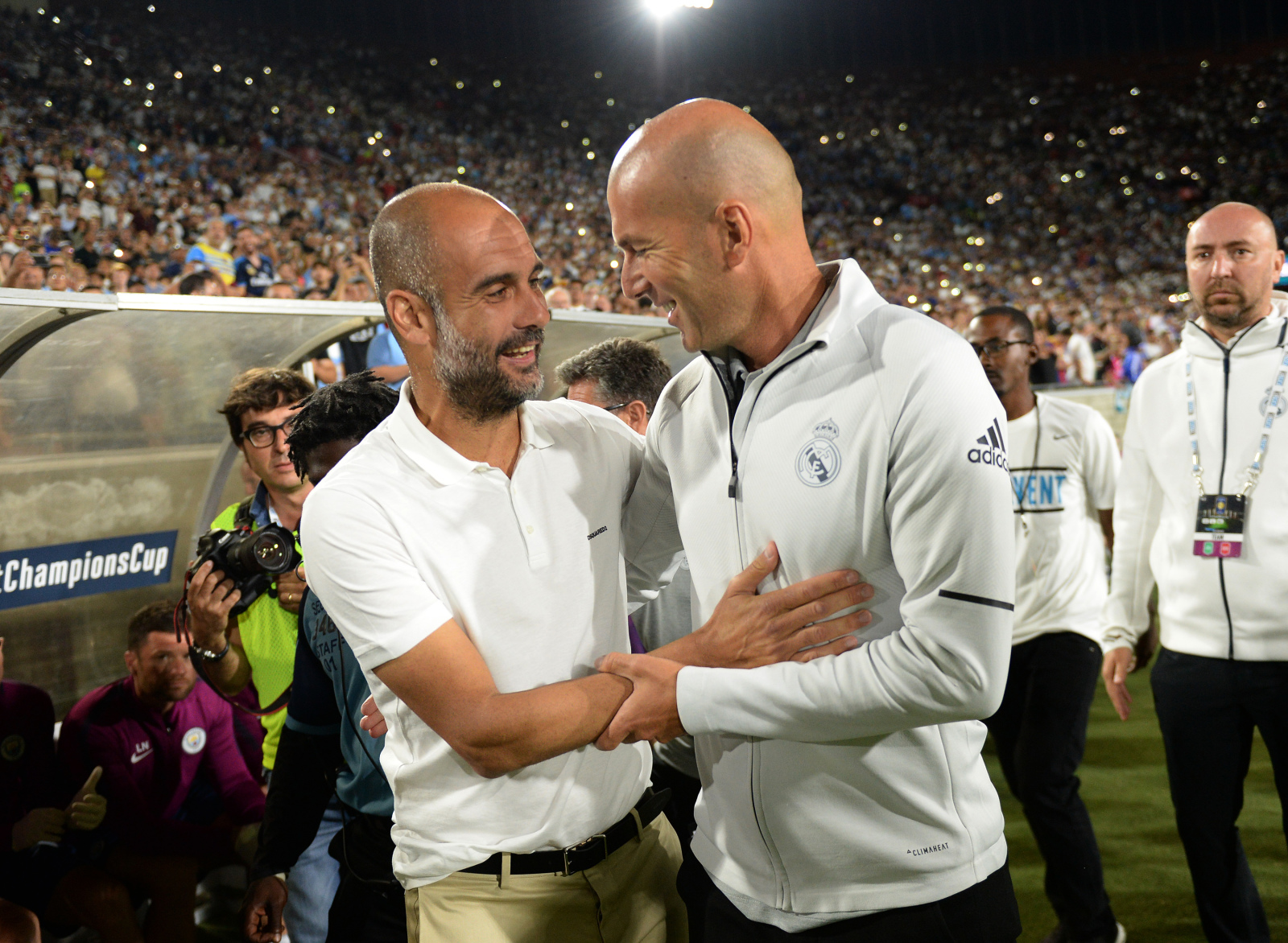 Aubameyang scores twice in 3-2 win at the Emirates

Should Madrid Turn Their Attention Towards Haaland? 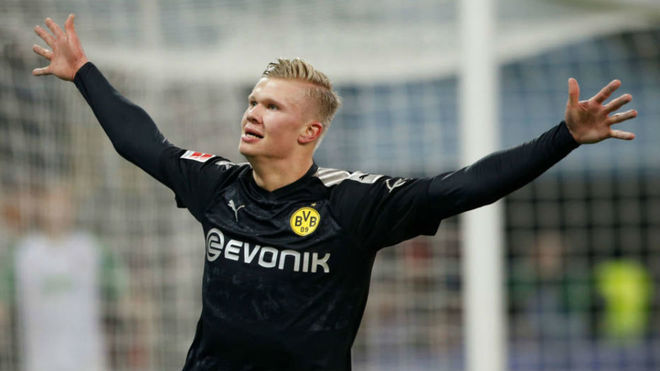 Should Madrid Turn Their Attention Towards Haaland?