As a professional athlete, Lonzo Ball probably wouldn't bat an eye at someone calling him "damaged goods" after his first two NBA seasons were mired by injuries.

His father, on the other hand? That's a very different story.

In a heated discussion about the future of Big Baller Brand, LaVar Ball referred to Lonzo as "damaged goods" when Lonzo suggested changing the name.

"When I come out with a name and then somebody tells me to change it, that's like me telling me to change your name. That's like people saying 'Oh, hey, change Lonzo's name to Alfonzo on the fact that he been damaged goods for the last two years,'" LaVar said on Ball in the Family.

Taken at face value, though, it's both a harsh and fully accurate assessment of Lonzo's standing in the NBA. Lonzo has played in only 99 of a possible 164 games through two NBA seasons. The player once deemed as a potential record-breaker in Lakers lore was instead shipped as part of a package for Anthony Davis—and arguably was not even the centerpiece of that deal.

Two years removed from being the No. 2 pick, calling him damaged goods is certainly a fair point. That said, it's eye-opening to hear the source say the words because LaVar has consistently been Lonzo's biggest public backer. 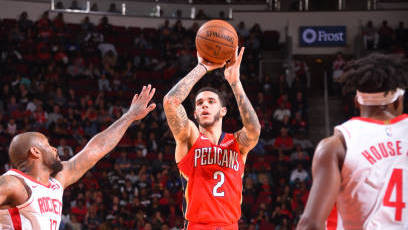