Winning a trophy usually doesn't result in a manager getting sacked, but Marcelino Garcia Toral is convinced guiding Valencia to victory in last season's Copa del Rey ultimately cost him his job.

The 54-year-old was dismissed from the Mestalla on Wednesday after just over two seasons in charge and replaced by former Real Madrid assistant and Spain under-21 chief Albert Celades, per BBC Sport.

Marcelino went into detail on Friday about how pursuing success in Spain's cup competition proved his undoing, per Perform (h/t AS):

"I am absolutely sure that the trigger for this situation was the Copa del Rey. During the season, we received direct and indirect messages that we had to discount it (the Copa). The fans wanted to fight for it and the players too, and they had the conviction to win it. The coaching staff wanted to fight and win the Copa.

They didn't tell me why they didn't want the Copa, only that it was a minor tournament and that I could be putting the main goal (Champions League qualification) at risk. Winning the Copa was the trigger for this situation."

Marcelino says he thinks he was sacked for (trying to) winning Copa del Rey. That’s appalling on so many levels.

The strong finish to the campaign was capped by beating champions and holders Barcelona 2-1 in the cup final at Real Betis' Estadio Benito Villamarin back in May.

However, Marcelino described how club chairman Peter Lim was not in the mood to celebrate the achievement: "We did not receive congratulations in Seville (after the Copa final) from the owner (Lim). When I went to Singapore (for a meeting with Lim and Anil Murthy, club president), I was congratulated for qualifying for the Champions League, not for winning the Copa."

The lukewarm response to lifting the trophy was a curious one since it represented Valencia's first piece of silverware since winning the same tournament in 2008. Los Che's fortunes had dipped considerably during the subsequent years, with Marcelino helping to salvage the mess created in part by the ill-fated appointment of former Manchester United defender and Sky Sports pundit Gary Neville in 2016.

Yet as Richard Martin of Reuters pointed out, Neville's tenure may lend credence to Marcelino's words:

After Marcelino claimed that Peter Lim didnt like him winning the Copa del Rey with Valencia, worth remembering what Gary Neville said to @SecondCaptains about playing in Copa del Rey and Europa League when he was there. "The owner told me 'get out of those two competitions'".

Neville didn't last four months in the dugout before Valencia went through Pako Ayestaran, Cesare Prandelli and Voro ahead of settling on Marcelino.

However, rumours of tension between Lim and general manager Mateu Alemany didn't help Marcelino's cause. Even so, Julian Burgos, Conrado Valle and Rob Train of AS reported players are "in a state of shock regarding Lim's decision."

Argentina international centre-back Ezequiel Garay was left far from impressed with the club for parting company with his manager:

"Who ever made this decision did NOT just walk over you, they have dragged the whole team and support down with them, something I will say loud and clear: IT'S NOT FAIR." Ezequiel Garay was not happy with Marcelino's sacking 😤 https://t.co/YqkHeGLFml

Wherever the fault lies, this isn't the first time Marcelino has produced good work under difficult circumstances only to leave a club under a cloud. He guided Villarreal from the Segunda division back to Spain's top flight then took the Yellow Submarine to the last four of the Europa League in 2016.

An enterprising team with solid foundations thanks to Gabriel and Eric Bailly, as well as ample ingenuity provided by Denis Suarez and Adrian Lopez, appeared primed for bigger things.

Trouble surfaced the same summer, though, with Marcelino abruptly leaving shortly before a new season began amid reports of player unrest.

While he's obviously a talented manager, Marcelino needs to find the ideal environment to support his vision for building a successful team. His achievements, coupled with the perception of erratic behaviour at the top of the Valencia hierarchy, should mean Marcelino isn't out of a job for long. 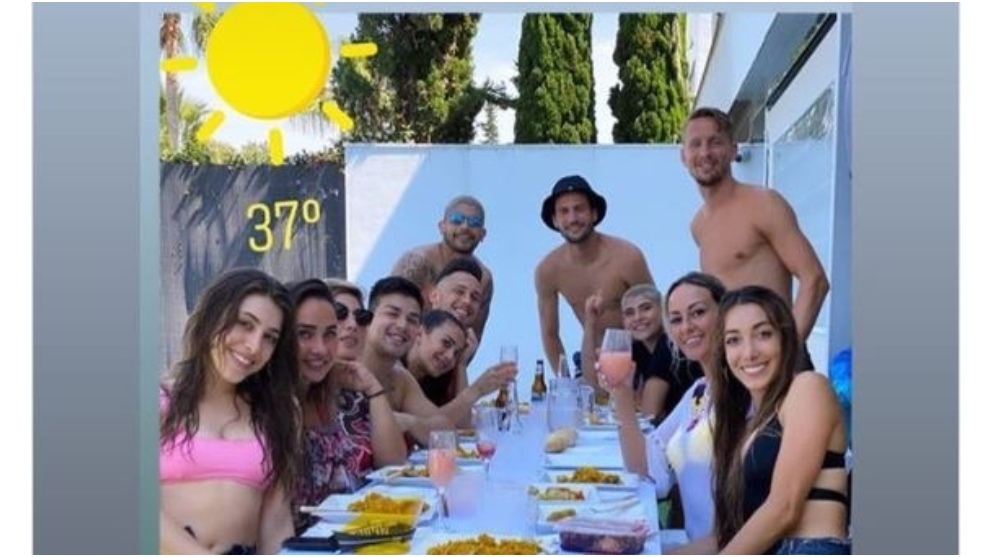 River Plate, Newcastle and Wolves all interested in the Juventus striker