Manchester City star Raheem Sterling has called on society to "grow up" and realise professional football players are human beings in order to stop the racist abuse aimed at them.

The winger spoke to Sky Sports on the ongoing issue:

"It's easy to say what happens next, but there's a lot of people behind a computer screen. Those are the ones that are disappointing and feel they can get away with stuff like this.

"We are in 2019, and we're still talking about this. I can't say I have the answer to stop it, but as a society we need to nail down on this.

"The people doing it need to wake up and understand it's a new era and discrimination is not something anybody should face.

"We need to grow up as a society and realise we're only out here doing our jobs. We are human beings and we have feelings.

"It's a touchy subject, but I can't tell you I've got the exact answer. But as a society we need to do better and appreciate each other more."

The problem isn't limited to the Premier League, with Cagliari fans racially abusing Inter Milan's Romelu Lukaku during a Serie A contest.

A section of the Inter supporters then tried to defend those abusing the Belgian:

Social media giant Twitter have announced they will monitor the profiles of high-profile black players in an effort to limit the online abuse. Players previously boycotted the platform and others for 24 hours last season to raise awareness of the issue.

Sterling has been a target of racial abuse in the past, and last season Chelsea suspended four fans from attending matches for allegedly abusing the winger. He has been vocal on the topic and received the Integrity and Impact Award at the BT Sport Industry Awards earlier this year for his work.

Sterling is currently away on international duty with England and scored in Saturday's 4-0 win over Bulgaria. The Three Lions will face Kosovo on Tuesday. 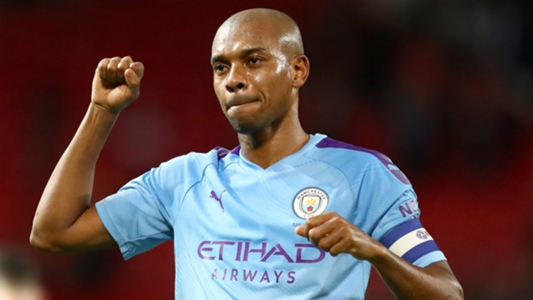 Sane, Foden and Laporte in - predicted XI for Man City first game back

Sane, Foden and Laporte in - predicted XI for Man City first game back

How training is changing for Manchester United and Man City

How training is changing for Manchester United and Man City