Bill Bowlen's lawsuit to attempt to remove Denver Broncos president Joe Ellis and other trustees from his late brother and former team owner Pat Bowlen's trust has been dismissed, according to Adam Schefter of ESPN:

Ownership news out of Denver: Bill Bowlen's lawsuit attempting to remove Joe Ellis and other trustees from Pat Bowlen's trust has been dismissed in its entirety. This clears the way for Pat Bowlen's ownership succession plans.

Pat Bowlen died on June 13 at the age of 75 as the result of Alzheimer’s disease.

With Bill Bowlen lawsuit dismissed in its entirety, Joe Ellis ad fellow trustees will continue to execute ownership succession plan as Pat Bowlen set up many years ago. #9sports https://t.co/CVRngAFIIN

"We're pleased the court has dismissed Bill Bowlen's case in its entirety has we have requested from the beginning of the case," Dan Reilly, the attorney for the trustees, said, according to Ryan O'Halloran of the Denver Post.

O'Halloran added that Bill Bowlen had expected this result since his brother's death.

Back in October, Bill filed a lawsuit in hopes of removing the trustees appointed by his brother removed due to their alleged "conflicts of interest that impair their ability to act impartially in Pat Bowlen's interest."

Bill later filed an objection in regards to a stay filed by the Pat Bowlen Trust in November.

Nicki Jhabvala of The Athletic reported in March that a judge had denied a trio of motions in regard to Bill's lawsuit, though his lawsuit was able to continue:

RE: Broncos ownership and Bill Bowlen lawsuit, the judge denied three motions: 1. Bill Bowlen’s stay of arbitration. 2. Bill Bowlen's motion to suspend the trustees’ compensation by the trust and the payment of their attorney fees by the trust. 3. Trustees’ motion to dismiss

Ruling allows Bill Bowlen’s lawsuit to move forward, but that is separate from the ownership issue. The door is still open for NFL arbitration on that.

"The league has acknowledged that we've kept in compliance, we've kept them informed and they're allowing us to proceed with Pat's plan as he wanted it," Ellis said in March, according to Jhabvala. "But I don't have a specific timetable for that right now."

The judge's ruling on Thursday will now allow Ellis and Co. to move forward with the succession plan.

Kickin' It with Kiz: Get ready, Broncos Country. Protests during national anthem are going to be a thing again this NFL season. 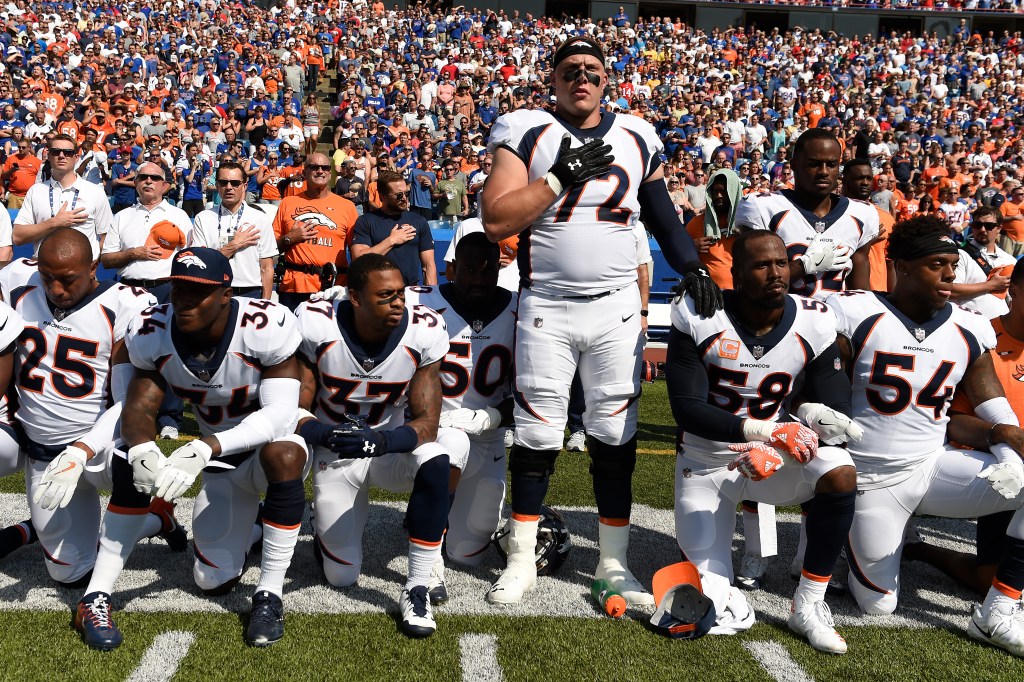 Kickin' It with Kiz: Get ready, Broncos Country. Protests during national anthem are going to be a thing again this NFL season.