Steve Kerr, who coached DeMarcus Cousins last season with the Golden State Warriors, is "devastated" after learning the four-time All-Star tore his ACL on Thursday.

Speaking to reporters during a USA Basketball practice, Kerr shared some thoughts about the recent injury woes for Cousins:

Warriors’ Steve Kerr on DeMarcus Cousins’ knee injury: “I’m devastated for DeMarcus. It’s been a couple of years of hell. I was really hoping this season would be a chance to get healthy. We’re all crushed for him.” https://t.co/qa0BmQhAFJ

Steve Kerr on DeMarcus Cousins: “You’re talking about a player who has dealt with the 2 most feared injuries for NBA players - the Achilles &amp; the ACL - in 2 or 3 years, it’s unheard of. What a blow for him and the Lakers. Hopefully he can get back on the bike and start riding.” https://t.co/QB8KwgcK9I

Cousins' agent, Jeff Schwartz, confirmed his client's torn ACL to ESPN's Adrian Wojnarowski. The injury occurred when he banged knees with another player during an on-court workout in Las Vegas.

Wojnarowski noted there's no timeline for Cousins to undergo surgery and his status for the 2019-20 season is in jeopardy.

Kerr knows firsthand how difficult things have been for Cousins over the past year. The 29-year-old had to sit out the first 45 games last season as he rehabbed from a ruptured Achilles suffered in January 2018.

Cousins appeared in 30 games to finish the regular season and Golden State's first two playoff games before going down with a quad injury. He returned in the NBA Finals against the Toronto Raptors, posting a double-double with 11 points and 10 rebounds in a 109-104 Game 2 win.

The Los Angeles Lakers bet on Cousins by signing him to a one-year deal in July. He was expected to compete with JaVale McGee to be their starting center. 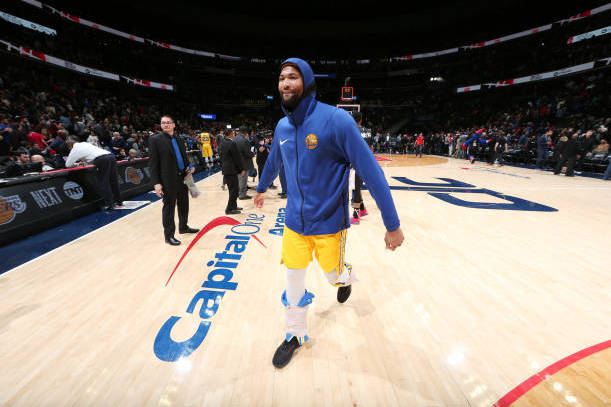