Manny Diaz has established a clear trend heading into his first season as Miami's head coach: He's not wasting time.

After the flashy attempts at shifting the culture and attacking the transfer portal to bolster the roster, the latest occurrence is Diaz announcing Jarren Williams as the Hurricanes' starting quarterback. The redshirt freshman emerged from a competition that included semi-incumbent N'Kosi Perry and Ohio State transfer Tate Martell.

Rather than waiting until the Aug. 24 opener against Florida, Diaz showed his cards now, which allows the Gators to prepare for a specific quarterback instead of wondering about all three.

Who is Jarren Williams?

A 4-star talent in the 2018 cycle, he was considered the fifth-best pro-style quarterback and No. 77 overall prospect. Williams flipped from Kentucky to Miami shortly before the early signing period in December 2017 and enrolled early.

During his last two seasons at Central Gwinnett High School, Williams completed 60.7 percent of his 662 passes for 5,633 yards and 54 touchdowns to eight interceptions. He also picked up 950 yards and 19 scores on the ground.

In 2018, he served as the third-stringer behind Malik Rosier and Perry, making one appearance against FCS Savannah State. Williams hit a 17-yard completion and ran for a touchdown.

That was nearly his only playing time at Miami.

In mid-December, reports that Williams would transfer began to surface. He ultimately changed his mind after Mark and Jon Richt convinced him to stay. However, Richt resigned about 10 days later, and Diaz did not retain Jon.

Williams knew he would be competing with Perry, but Martell joined the quarterback battle after deciding to leave Ohio State.

During the spring, the quarterbacks rotated first-string reps while learning a fresh offense. Dan Enos left Alabama to become the coordinator for Diaz and the Canes. No player had emerged as a front-runner until Williams separated himself in fall camp.

"We believe we can win with all three guys," Diaz said in a school release. "However, we feel like Jarren has the greatest upside due to his passing ability, his instincts and his determination."

Though the program has fallen sharply since its dominance in the early 2000s, expectations are high in Coral Gables. Since the ACC Coastal is one of the weakest power-conference divisions, Williams has a chance to keep Miami in the national conversation.

He's bearing a heavy burden of proof, though. Last season, "The U" stumbled to 7-6 solely because of the offense.

Between Rosier and Perry, the Canes trudged to a dismal 51.1 completion percentage with 6.1 yards per attempt. Those marks ranked 118th and 116th nationally, respectively. And compared to ACC competition, only Georgia Tech—which ran a triple-option offense—had a lower completion rate.

Rosier was a deeply flawed quarterback, and Perry's inexperience showed while under the constant threat of being benched. What compounded the problem was a stunningly bland and predictable offense under former coach Mark Richt.

The Canes rarely had pre-snap motion beyond a running back moving slightly after the quarterback clapped. They constantly used slow-developing play-action passes on 3rd-and-long. If a fullback entered in a short-yardage situation, it was almost exclusively a fullback dive. They relied heavily on fades when passing in the red zone.

Fortunately for Williams, Enos—who also serves as the QB coach—will be more creative and has a reputation of strong development. Most recently, Enos was the position coach for Tua Tagovailoa and Jalen Hurts at Alabama.

While that reputation alone doesn't guarantee Williams be successful, he's in a considerably improved spot compared to 2018. Williams has a promising group of skill-position weapons, too.

Is this offense built for national contention in 2019? Likely no. But it is unquestionably talented enough to win the Coastal, which the program has only achieved once in 14 years.

Outside of the showdown with Florida, the biggest games for Williams—provided he retains the starting job—will be opposite ACC teams. His league debut will be at North Carolina (Sept. 7), and then a back-to-back against Coastal contenders Virginia (Oct. 5) and Virginia Tech (Oct. 11) looks like a pivotal stretch. Later, the trip to Florida State (Nov. 2) could be a season-defining matchup for the Canes.

Many questions will be asked and answered before those matchups arrive, however. Right now, the only guarantee is Williams has earned the nod to start against Florida.

And the Hurricanes are hoping that Williams, like his coach, won't waste any time making a positive impact. 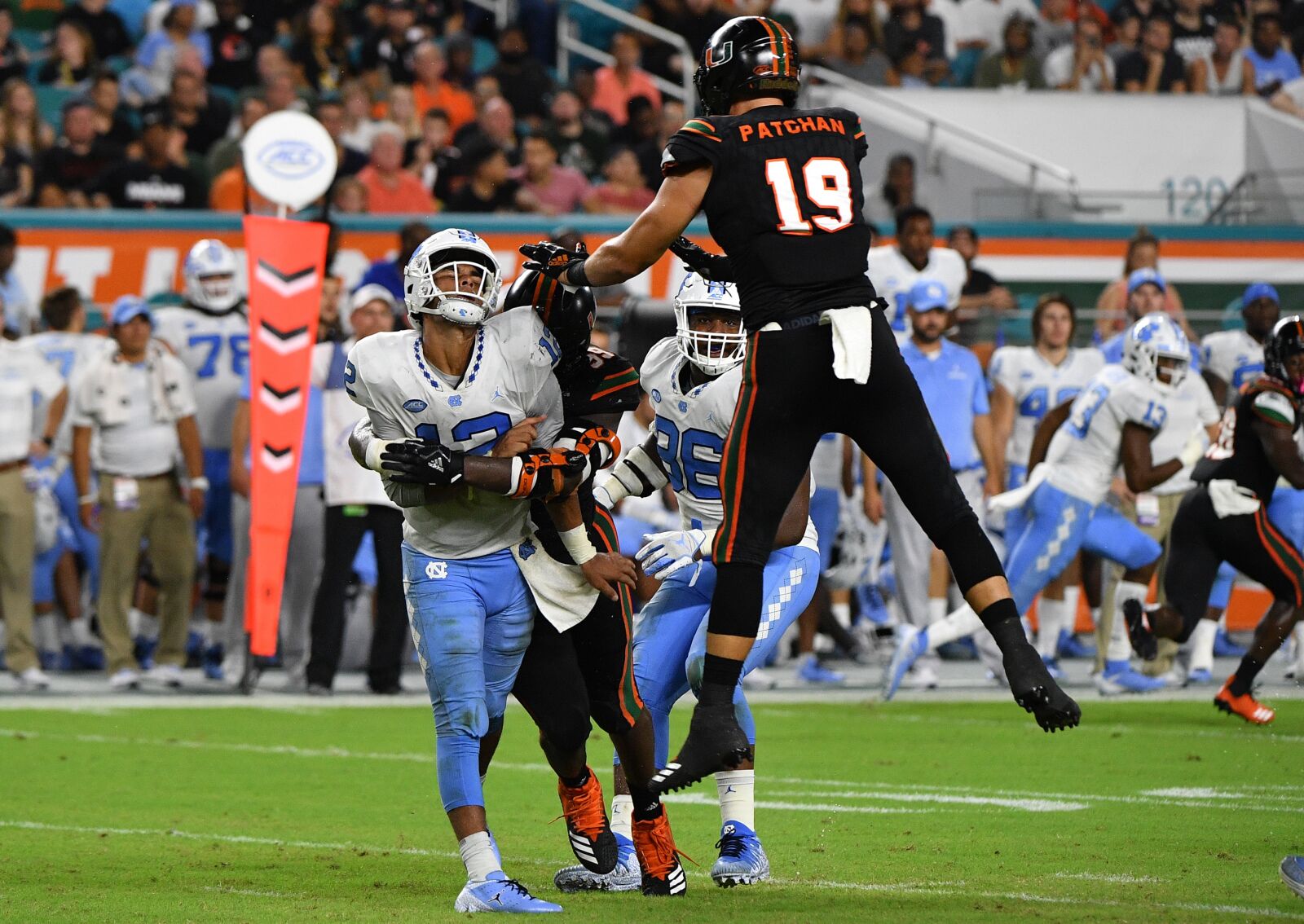