Arsenal kicked off their 2019-20 Premier League campaign with a win on Sunday, beating Newcastle United 1-0 at St James' Park. Pierre-Emerick Aubameyang got the only goal in the second half.

Rainy conditions made life hard on both teams, but the Gunners had the better play throughout the contest and deservedly went ahead just before the hour mark.

Sunday's game was the first time the Gunners had opened their Premier League season on the road since the 2011-12 season, when they played out a scoreless draw with the Magpies.

The poor weather conditions didn't help the level of play at St. James' Park. Arsenal controlled possession early, but chances were rare in the opening stages.

Summer signing Joelinton headed the first real chance wide for the Magpies, and Jonjo Shelvey put Bernd Leno to work with a strong shot that hit the post.

Miguel Almiron was also involved but for the wrong reasons:

At the other end of the pitch, Henrikh Mkhitaryan should have done better with his first chance, blasting over after a quick passing move.

Joelinton made a good impression during his first Premier League half of football, using his physicality to create some space before firing straight at Leno.

Martin Dubravka also showed his talents, standing firm on a shot at his near post from Aubameyang.

Mkhitaryan, who was booked for a dreadful tackle after 37 minutes, did not have a great half:

The Gunners ended the opening period on top, but Newcastle started the second well, playing with more attacking intent.

But while Newcastle were more positive, Arsenal opened the scoring just before the hour mark. Ainsley Maitland-Niles stole the ball from substitute Jetro Willems before playing in Aubameyang, who finished the chance well.

Aubameyang. He’s very good at what he does. Lovely finish (and lovely pick out by AMN).

The Magpies' response was a blocked Almiron shot and little else.

Nicolas Pepe made his Premier League debut with 20 minutes left to play, and at that point, the Gunners were in control. Newcastle barely mustered any chances, and Arsenal did a good job of slowing down the pace, taking their time with throw-ins and set pieces.

Aubameyang nearly set up Pepe for a second goal in the dying minutes, but he couldn't add to his side's one-goal advantage.

The Gunners' next outing will be against Burnley on Saturday. Newcastle will face Norwich City on the same day. 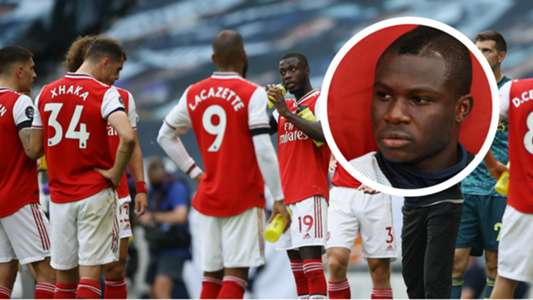