The NCAA reportedly announced sweeping changes to its requirements for agent representation of men's basketball student-athletes Tuesday, with the new rules drawing criticism for their stringency.

Jon Rothstein of CBS Sports reported the details of the new rules, which require a bachelor's degree, at least three years of NBPA certification and an in-person exam at NCAA headquarters in Indianapolis.

Jeff Borzello of ESPN added agents must "agree to cooperate with the NCAA in connection with its investigation and analysis of possible rules violations, even if the alleged violations are unrelated to [their] NCAA-agent certification."

The NCAA previously did not have any requirements in place for agents who could represent players during the draft process and still maintain their eligibility. Per Rothstein, the new rules include an exception for Klutch Sports' Rich Paul, who does not have a bachelor's degree but has become one of the most powerful agents in basketball.

However, some have taken the new rules as a response to Paul—and as a way to prevent future agents like him. Paul represents Darius Bazley and previously negotiated a contract for him to make $1 million as an intern for New Balance, which allowed him to train for the NBA while skipping college altogether. He later became the No. 23 overall pick in the 2019 NBA draft.

The NCAA has also seen players like RJ Hampton and Kenyon Martin Jr. decide to skip college and play overseas. Both players highlighted the desire to be paid to play against professionals to better ready themselves for the NBA as part of the reasoning behind their decision.

These requirements could be highly restrictive to young agents trying to break into the game. Any player who signs with an agent who does not fit these requirements would instantly forfeit his eligibility which may force players to choose established agents they would not otherwise have picked because they fit the NCAA's criteria. 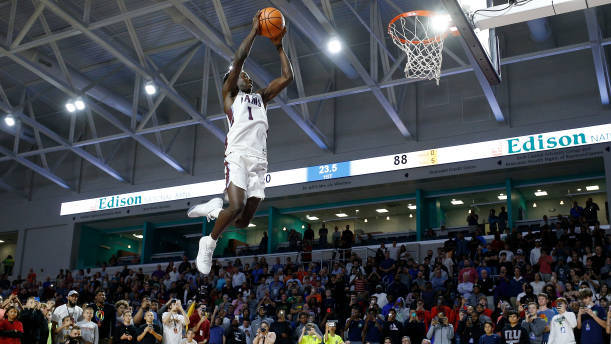