The Los Angeles Clippers are the favorites to land Toronto Raptors forward and two-time NBA Finals MVP Kawhi Leonard in free agency this summer, but ESPN's Adrian Wojnarowski reported on ESPN's NBA Draft Preview Show on Wednesday (h/t Mike Zavagno of Fear the Sword) that the Raps have "closed the gap."

However, Wojnarowski also said Toronto is still a clear underdog to land Leonard and that it is "running out of time" to convince Leonard to stay.

The 27-year-old averaged 30.5 points, 9.1 rebounds and 1.7 steals during the Raptors' postseason run, which culminated in a six-game NBA Finals victory over the back-to-back defending champion Golden State Warriors.

Leonard can become an unrestricted free agent this summer if he declines his 2019-20 player option.

The Clips have long been rumored as a potential Leonard landing spot. HoopsHype has gathered rumors connecting the two sides dating back over a full year. 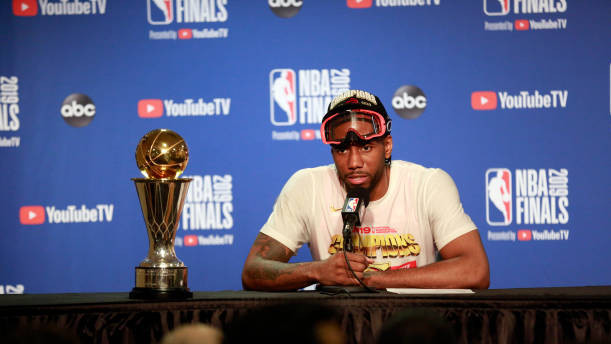 On Tuesday, Wojnarowski said on ESPN's Get Up! that Leonard's focus is on the Clips.

Leonard, who is originally from Southern California, would instantly make the Clippers a title contender. They went 48-34 last season, and adding one of the NBA's best players should only help a team on the rise.

Oddsmakers seemingly expect the Clippers to make a significant addition, as Caesars Palace listed them with 7-1 odds to win the 2019-20 NBA title. The Los Angeles Lakers (3-1) and Milwaukee Bucks (6-1) are the only teams higher on the ledger.