Henry Cejudo captured his second UFC championship with an incredible come-from-behind TKO victory over Marlon Moraes to win the bantamweight title at UFC 238 on Saturday.

Moving up to the 135-pound division for the first time in the UFC, Cejudo struggled to deal with Moraes' kicks from range in the first round. He threw few strikes in a lopsided first round that didn't look promising for Cejudo.

However, somewhere in the second round, something clicked for Cejudo and the comeback was on. The Messenger attacked with knees in the clinch and turned the bout into a brawl.

With the pressure on, Moraes appeared to fade in the third round. Cejudo was able to work the fight to the ground, where he applied a vicious ground-and-pound to finish it.

With the win, Cejudo became one of the few fighters to hold two belts simultaneously:

It was a wild night of fights with some impressive performances and memorable moments. From a dominant performance by Valentina Shevchenko to an emphatic return from Tony Ferguson, the United Center crowd in Chicago was treated to a little bit of everything.

Valentina Shevchenko once again proved that she's the best fighter in the women's flyweight division with a dominant performance against Jessica Eye.

It was clear from the start that Eye was going to depend on aggression to even the odds against the champion, but that plan quickly backfired. Shevchenko spent the first round in top control after using Eye's aggressiveness against her to score the takedown.

While Eye survived the first frame, she didn't last long in the second.

Shevchenko uncorked a nasty kick that Eye thought was intended for the body, but the No. 1-ranked contender found out the hard way it was headed directly for her head.

Eye went out cold, and Shevchenko scored her first knockout in the UFC to secure her title.

Faster than a speeding bullet! @BulletValentina is an ASSASSIN! #UFC238 https://t.co/iayJQpCr4S

Barring a serious contender moving down from 135 pounds or coming up from 115, there are very few who can be expected to give Shevchenko a difficult night. As demonstrated in this fight, her rounded skill set makes the 125-pounder one of the best fighters in the sport.

Tony Ferguson and Donald Cerrone gave fans everything they wanted to see—except a satisfactory conclusion.

For two rounds, the two lightweights went at it at a frenetic pace. El Cucuy applied his usual pressure with attacks from all angles and slick counters, but Cerrone made him pay for every strike he landed with salvos of his own.

This fight is everything we thought it would be #UFC238 https://t.co/t8dx4T8ftL

Ferguson started to swing the momentum in his favor in the second round. However, the conclusion of the round is where things got weird. Ferguson uncorked a punch to the face that was clearly after the bell.

Dan Miragliotta gave Ferguson a warning but took no points. But it wouldn't matter because Cerrone blew his nose while in his corner, which caused his eye to swell shut and handed Ferguson the second-round TKO win.

This was a fight that should have given the UFC a clear-cut No. 1 contender in the 155-pound division that's ruled by Khabib Nurmagomedov. Instead, it was a great fight that ended in controversy and feels like it deserves a rematch.

Petr Yan has mastered the art of stealing a round.

Déjà vu! @PetrYanUFC drops Rivera at the end of the round. #UFC238 https://t.co/iiciClUD99

Yan has only been in the UFC for a year, but he's already 5-0. This fight showcased a little bit of everything in the 26-year-old's toolkit. He has power in both hands, a creative array of strikes and fluidity in grappling exchanges—and that combination of strengths will make him a threat for the title.

Rivera is a veteran of the bantamweight division, and not even a seemingly improved version of himself could prevent Yan from keeping his unbeaten streak alive.

This card had major ramifications in the bantamweight division, and Yan is the emerging contender to watch.

Blagoy Ivanov and Tai Tuivasa are probably too tough for their own good. The two heavyweights put together an entertaining affair to kick off the main card, and their durability was on full display.

Ivanov was able to take the win on the judges' scorecards thanks to his strong counter-striking. His performance was highlighted by a knockdown in the first round and a close submission attempt in the second frame.

The Bulgarian continues to show he's going to be a tough out in the UFC. After losing his debut to former champion Junior Dos Santos, he has now won back-to-back fights against Tuivasa and Ben Rothwell.

Tuivasa's momentum took a serious hit. The 26-year-old has now lost back-to-back fights after picking up his own loss to JDS. 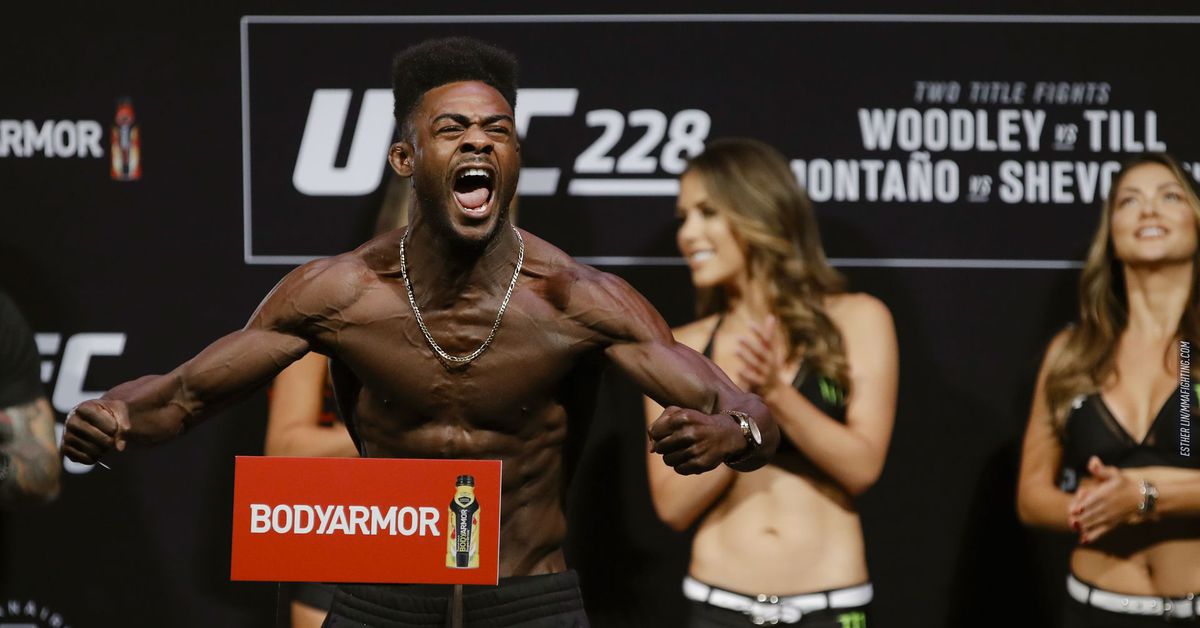