Brazil made a big step toward qualifying for the semi-finals of the 2019 Tournoi Maurice Revello on Wednesday, as they defeated host nation France 4-0 in Toulon.

The away side dominated possession for much of the opening stretch and eventually took a 20th-minute lead through Antony, who finished well following some patient buildup from his team-mates.

While the French under-18 team emerged from half-time with renewed vigour, Brazil's under-22s looked as though they could up the ante when required. They did exactly that in the 57th minute, as Matheus Henrique curled home an exquisite shot at the end of a long passage of pressure.

Matheus Cunha scored a third from the penalty spot two minutes from time before Mateus Vital added a fourth, giving Brazil a margin their dominance warranted.

Earlier in the day in Group B, Guatemala got their first win of the competition, as they beat Qatar 2-0. They will need to beat France in their final game to ensure they're in with a chance of qualifying for the knockout stages.

Many looked forward to the meeting between France and Brazil. However, as noted by football writer El Pivote, the pitch at the Stade d'Honneur Marcel Roustan wasn't conducive to free-flowing football:

Pitch for this Toulon game France vs Brazil is terrible! Some fantastic players on show and the pitch is ruining it

Still, Brazil put together some impressive phases of play, and when they did take the lead against the hosts, it was well deserved.

Sao Paolo starlet Antony picked up the ball after some swift interchanges around the penalty area and composed himself before slotting home a left-footed finish. It was one of the only clear openings of the first half, as the young French side struggled to assert themselves.

At half-time, El Pivote picked up on the quality players within the Brazilian side:

Apart from the two CB’s this Brazil team is full of known quality players. Pedrinho linked with Dortmund, Pedro with multiple clubs, Antony been excellent this season, Luiz is on City’s books, Henrique v good, Emerson at Betis and Iago been iver last season and a bit

In the second half, France got into more threatening positions initially, only to be let down by poor choices in their final ball. By contrast, Brazil were much more ruthless when they ventured into dangerous areas.

Their second goal summed up their excellent display. The players in yellow were patient, moved the ball around the area at pace and injected some speed into the move, with Henrique dancing away from his marker and curling beyond the goalkeeper:

🗣"Top corner, top quality as Brazil go two-goals clear!" 🇧🇷 Matheus Henrique picks out a perfect top-corner curler to double the @CBF_Futebol lead over @FrenchTeam in the second half at @TournoiMRevello #TMR2019 https://t.co/4shDwBL2Fy

Suddenly, the legs of the French players looked heavy, and in the final stages they made numerous errors. Cunha fired home after some ropey defending saw Brazil earn a penalty, and in stoppage time Vital finished after another slick Brazil move.

With this result confirming holders England cannot make it into the final four, there's set to be a new name on the trophy this year. Brazil, who will meet Qatar in their last group match on Saturday, will take some stopping.

'He tried to surprise him: Rivaldo says Ronaldinho MEANT to lob David Seaman at the 2002 World Cup 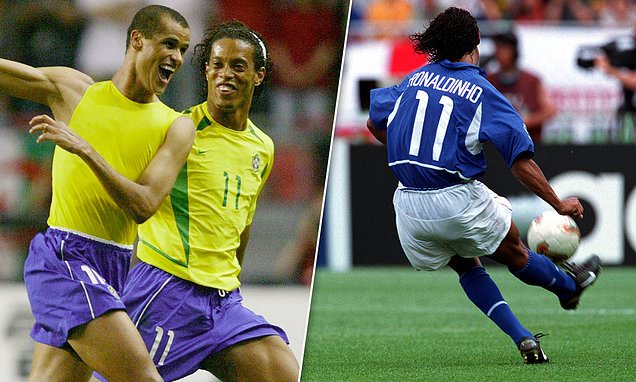 'He tried to surprise him: Rivaldo says Ronaldinho MEANT to lob David Seaman at the 2002 World Cup 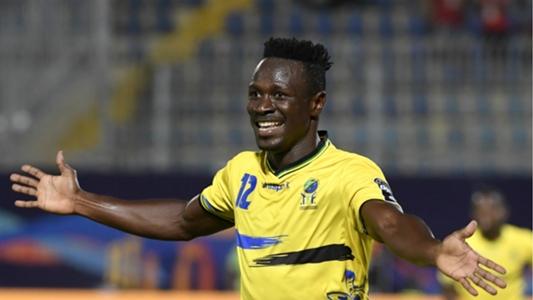