Roberto Alvarado, Rodolfo Pizarro and Andres Guardado each scored as Mexico defeated Venezuela 3-1 in an international friendly at Mercedes-Benz Stadium in Atlanta on Wednesday.

El Tri outshot Venezuela 16-11 and had seven shots on goal to Venezuela's four. Mexico controlled possession for 58 percent of the match.

Jhon Murillo scored the lone Venezuelan goal to initially put his side up 1-0 at the 18th minute. Alvarado put home the equalizer in the 32nd before Pizarro scored the go-ahead goal in the 54th.

Murillo's goal was a happy accident at first glance. It seemed as though he was looking for a cross, but the pass found its way into the net behind goaltender Jonathan Orozco:

Regardless of the intent, it was a fantastic goal. Doug Roberson of the Atlanta Journal-Constitution was impressed:

Seriously, that goal by Jhon Murillo should top every top 10 play of the day. Certainly better than yet another double play

And the same goes for Sports Illustrated's Luis Miguel Echegaray:

Speaking of Jhon Murillo...he just scored A BEAUTY. Trying to figure out if he meant it but regardless....DIOS MÍO.

Venezuela could not rest easy, however, as sloppy defense led to an Alvarado shot on an open net. The ball went just wide:

An Alvardo breakthrough seemed inevitable given his ability to put constant pressure on Venezuela, plus his opponent's sloppy defense. That happened in the 32nd minute when a failed clear led to his first international goal:

Tom Marshall of ESPN FC noted how Mexico deserved the goal after some excellent efforts:

Gooooool Mexico! Alvarado thrashes the ball in to level the scores. Deserved for El Tri. #eltrieng

Mexico kept Venezuela on its heels after halftime:

And the inevitable occurred shortly thereafter when Pizarro put home a pass from Jesus Gallardo:

The goal was fortuitous: Soccer writer Cesar Hernandez pointed out that Pizarro was about to head off for a substitute:

Pizarro was about to be substituted out, Tata decides to keep him in. Literally scores less than a minute later. Incredible. #ElTriEng

Mexico kept its foot on the gas with two point-blank shots in the 63rd minute: a header from Raul Jimenez and a right-footed shot via Nestor Araujo:

Neither connected, but Mexico cruised to the finish line from there minus one brief scare.

That came courtesy of Juanpi, who had a great chance at the equalizer with a shot from the center of the box at the 72nd minute. However, Orozco came through with the clutch save:

A few minutes later, Mexico delivered a backbreaking goal when a Uriel Antuna cross led to a Guardado shot:

The exuberant Atlanta crowd cheered loudly for Guardado, who now has 154 international caps for El Tri. Jon Arnold of Goal set the scene in Atlanta:

With the ovation he got coming on and the cheer for that goal, almost feel like fans in Atlanta are trying to show Andres Guardado what could have been (or could be?) had the rumored move come through.

Atlanta United FC was apparently interested in bringing Guardado to the club a couple of years ago, but that did not come to fruition. However, he did excel in Atlanta if only for one night, scoring his goal after just eight minutes on the pitch following a substitution.

Venezuela did make one late charge to cut the advantage in half, but Orozco saved a Juanpi shot in the 89th minute.

Hernandez summed up the night well: Ultimately, it was an impressive win for Mexico given that the team was sans some bigger names.

FT Mexico 3-1 Venezuela Excellent stuff from Mexico after initially going down 1-0 by the 18th minute. Even without some big stars, names like Pizarro, Navarro, Antuna, Gallardo and Alvarado helped carry Mexico to a comfortable victory. 3 wins in 3 games for Tata. #ElTriEng

The friendly served as a warm-up for Mexico and Venezuela before the Gold Cup and Copa America, respectively.

Both countries' opening matches will take place on Saturday, June 15. Mexico will face Cuba, and Venezuela will match up with Peru.

Per Oddschecker, Mexico is the favorite in the 16-team Gold Cup. Venezuela has far steeper odds in the 12-team Copa America, ranking anywhere from 25-1 to 40-1 to win outright.

Covid-19: Ghana cautioned against 'comparing itself to Europeans' 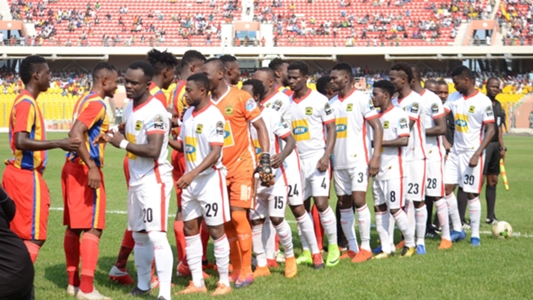 Covid-19: Ghana cautioned against 'comparing itself to Europeans'

Sancho Has Not Flown to England During Lockdown

'Jadon has been in Dortmund for weeks' — Borussia director Zorc 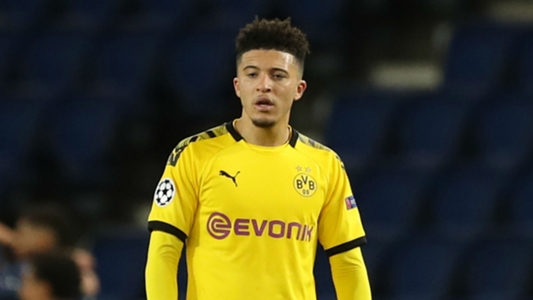 Sancho Has Not Flown to England During Lockdown